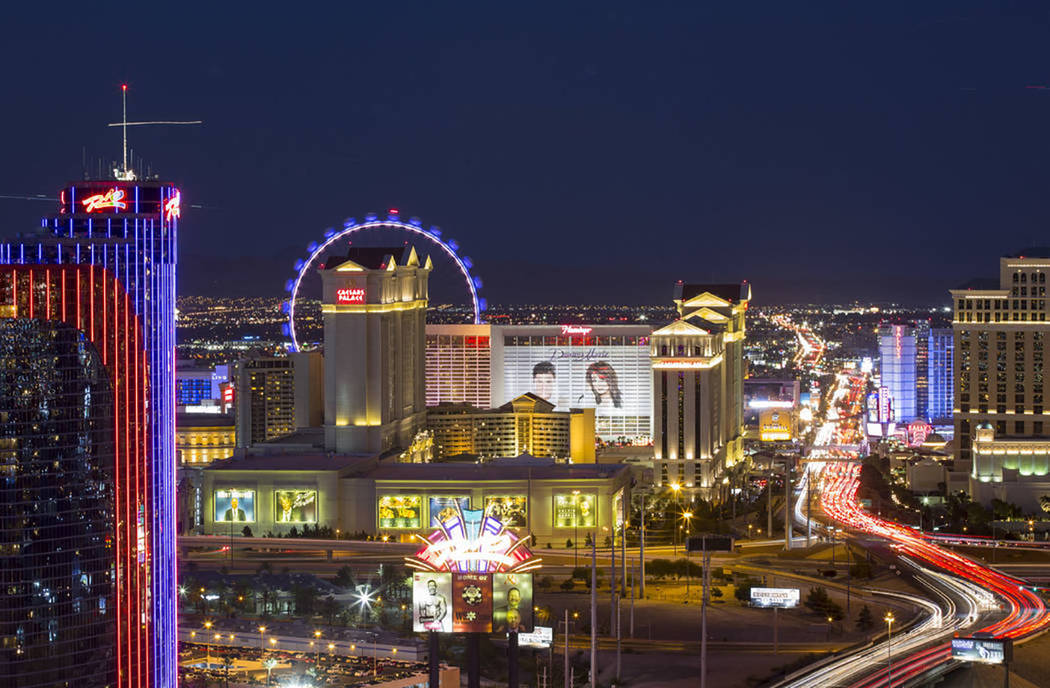 A recent analysis of U.S. Census Bureau data shows the Nevada wage gap continues to hold strong, but some companies along the Strip are working to ensure all employees are paid fairly.

After reviewing pay data for about 32,200 non-union employees from corporate headquarters and 40 properties , Caesars Entertainment Corp. found 99 percent of women at the company’s headquarters and 98 percent of women in non-union roles at properties had “no meaningful differences in average pay” compared to men in the same positions, meaning the difference between the two figures was likely due to chance.

A recent analysis by the American Association of University Women in Washington found U.S. women typically are paid about 80 cents for every dollar paid to men.

The Caesars announcement is “something to celebrate,” but there’s still much work to be done in closing the pay gap, said Rebecca Gill, director of the Women’s Research Institute of Nevada at UNLV.

Gill said gender pay equity can be better for businesses and leads to more longevity and higher job satisfaction from workers, as well as better decision-making.

“This is good for companies’ bottom lines, but I hope it’s not the only reason organizations take on this kind of program,” Gill said. “It’s a matter of fundamental fairness. Women deserve to be paid equally for equal work.”

“We’re very proud of the results from our first gender pay equity study and are already working to address the 1-2% of jobs that aren’t in parity,” Blackhurst said in an email.

It’s unclear how other companies in Las Vegas compare to Caesars. Representatives from Boyd Gaming Corp., Las Vegas Sands Corp. and Red Rock Resorts said the companies do not publicly disclose their data. A representative from Wynn Resorts Ltd. said it does not have the final results of a commissioned study.

Samantha Cummis, executive director of communications for MGM Resorts International, did not provide data but said MGM is “committed to ensuring that its employees are paid equitably and competitively, and takes regular appropriate steps to comply with gender equity and other applicable laws in this regard.”

“We need to applaud those that step forward and pose questions to those that do not,” she said. “Opacity isn’t going to lead to improvement.” Employers “should be transparent.”

Nevada is faring better in gender pay equity than the nation as a whole, according to the AAUW.

According to the analysis released by the nonprofit Thursday, Nevada has a pay gap of 17 percent, faring better than the national average of 20 percent. Another study from the National Women’s Law Center based on 2016 American Community Survey Data said Nevada had the 22nd-smallest wage gap. As for parity among board directors, publicly traded companies in Nevada are still working to catch up.

The AAUW data analysis found the pay gap has only decreased by about $0.05 over the past 20 years. If current trends continue, the gap will remain until 2106.

“We’ve made a lot of good strides,” Churches said, “but as we march for parity, we’ve kind of stalled out.” She said biases are one of the major causes behind the pay gap, as well as practices such as using salary history as a determinant for future salaries.

Churches said during a call Thursday that in order to shorten the gap, there must be stronger equality laws, and employers must improve their practices.

“More women are in the workforce than ever before and leading families,” she said. “Ensuring fair pay for equal levels of skills should be a fundamental right.”