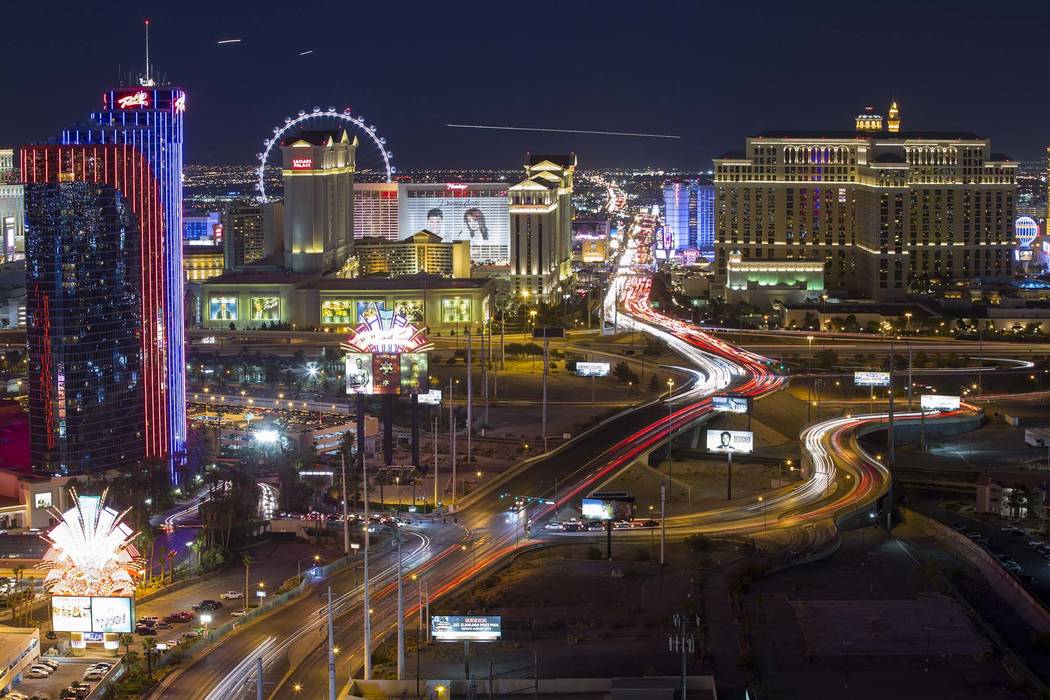 McCarran reported 4.59 million passengers through the airport’s gates for the month, a 5.3 percent increase over May 2018, shattering a record of 4.44 million set in October 2018.

The LVCVA reported positive numbers in most visitation categories, including visitor volume (up 1.7 percent to 3.69 million), convention attendance (up 6.5 percent to 520,800) and citywide occupancy (up 1.4 points to 90.8 percent). Weekend occupancy hit 96.4 percent in May.

Occupancy rates remained high despite a 0.6 percent increase in room capacity, which at 148,909 was at the highest level of the year.

Convention attendance was boosted by a shift in scheduling with Arbonne International and its 25,000 attendees and Waste Expo with 14,000 moving trade shows from April in 2018 to May this year.

While visitation was strong, gaming revenues didn’t reflect it.

State gaming win had its steepest drop of 2019 in May, off 6 percent from the previous year, to $981.8 million, the state Gaming Control Board reported earlier Thursday.

The Las Vegas Strip win was down 11.1 percent for the month.

It was the fifth straight month of declines to start the calendar year and the Strip has recorded six consecutive decreases.

The three-month gaming win trend, generally a more telling gauge of activity because it eliminates volatile swings resulting from calendar comparisons, showed a 2.7 decline statewide for the months of March, April and May. On the Strip, the three-month win trend was down 6.3 percent.

“It was a disappointing month,” said Michael Lawton, senior research analyst for the Control Board. “Currently, the state is down 2.3 percent calendar year to date and the Strip is down 4.9 percent. The reason for the decrease was baccarat, which was down 54.8 percent or $66.2 million.”

Lawton said without the downturn in baccarat, the game of choice for most Asian high-rollers, statewide win would be up 1.6 percent and the Strip would be up 2.4 percent.

“Unfortunately, baccarat’s win percent was on 7.55 percent vs. a very robust 16.13 percent last year,” Lawton said. “The silver lining to this month’s results would be that statewide slot win and volume continued to display strong fundamentals with a 1.5 percent increase in win on a 3.6 percent increase in volume. Statewide slot win has increased in eight of the last nine months and volumes have increased in nine of the last 10 months.”

Gamblers played lucky at the baccarat tables in May.

Gaming industry analyst Joseph Greff of J.P. Morgan, in a note to investors, said the “paltry” win casino win percentage on baccarat was low compared with historic averages of 13-14 percent. He also noted the month was doubly disappointing because there were nine weekend days in May compared with eight in May 2018.

Sports wagering had a similar percentage downturn for the month, but the total amount wasn’t as dramatic because of low volume. Sports-betting win was down 45.1 percent, or $9.3 million, on volumes up just 0.3 percent. But hold was only 3.55 percent compared with 6.5 percent last year.