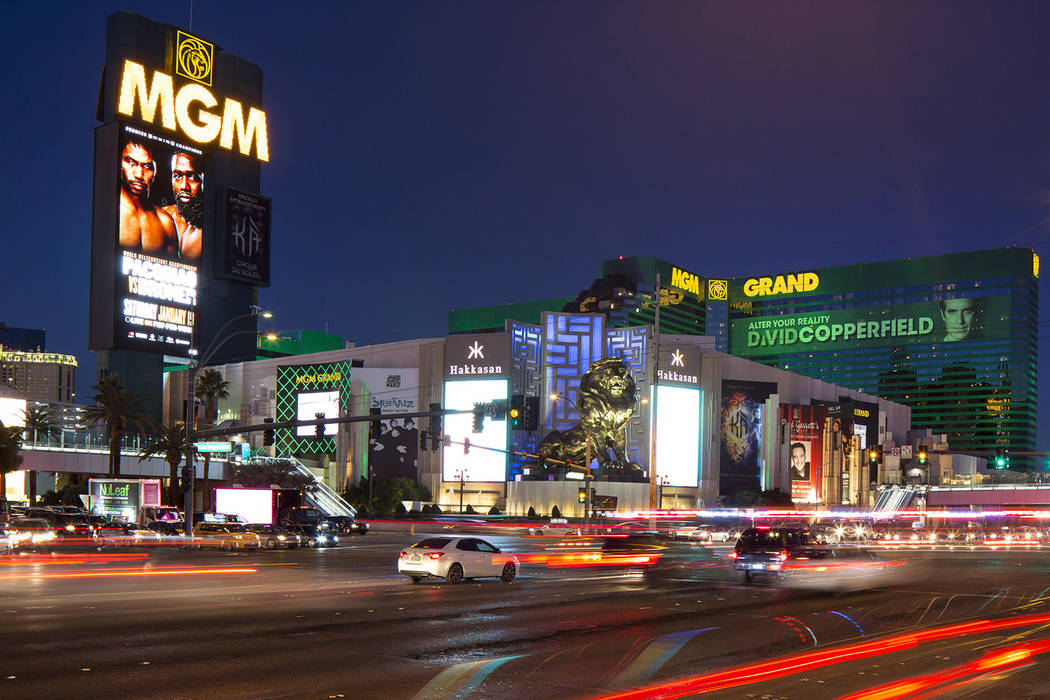 In a statement Thursday, the company said the layoffs are part of a program to boost operating cash flow by $300 million a year by 2021. MGM Resorts also will centralize operations and invest in technology.

The savings potentially imply 2,000 job cuts. Though most of the layoffs will be managers or higher, the company said some union jobs could be eliminated.

MGM Resorts said in May it planned to boost operating cash as much as 39 percent to $3.9 billion by 2020, in part through cost cutting and investments in digital technology. Thursday’s announcement laid out how the company plans to get there.

“With a playbook in hand, we have greater conviction in the long-term forecast,” said Union Gaming analyst John DeCree, who boosted his 2020 cash flow forecast to $3.6 billion following the announcement.

MGM Resorts shares have tumbled a quarter over the past 12 months, compared with a 7.3 percent drop for the S&P 500, as the company has missed its own quarterly earnings targets. The decline has sparked media reports that activist investors are interested in shaking up the company.

“It was a very prudent thing for MGM to do it (this announcement) at a time when their shares are at multi-year lows,” said Chad Beynon, an analyst at Macquarie.

The casino operator’s shares outperformed the S&P 500 on Thursday, falling 2 percent compared with a 2.5 percent decline for the index.

MGM Resorts will operate 18 casinos in the U.S. when it completes the acquisition of properties in New York and Ohio this month. Most of the company’s U.S. operations, though, are on the Strip, making further centralization a logical move.

“There has always been a debate about the degree to which MGM is centralized and whether or not there is an opportunity for the company to benefit from more centralized operations,” said Jefferies gaming analyst David Katz.

Credit Suisse analyst Cameron McKnight said the cost-cutting will enable MGM to shrink the profitability gap with Caesars, whose Strip properties have cash flow margins around 37 percent, compared with 30 percent for MGM.

MGM Resorts is finishing an aggressive investment cycle that saw it spend more than $6 billion to build three casinos and an arena. The company said it expects to reallocate some of its annual capital expenditures to technology.

One area ripe for cost-cutting with the help of technology is promotional expenditures. Casino operators have historically spent a significant portion of their budgets trying to attract players.

“The ability to analyze behavior better and make the right inducements to get people to play is one of the most important themes in the industry,” Katz said.