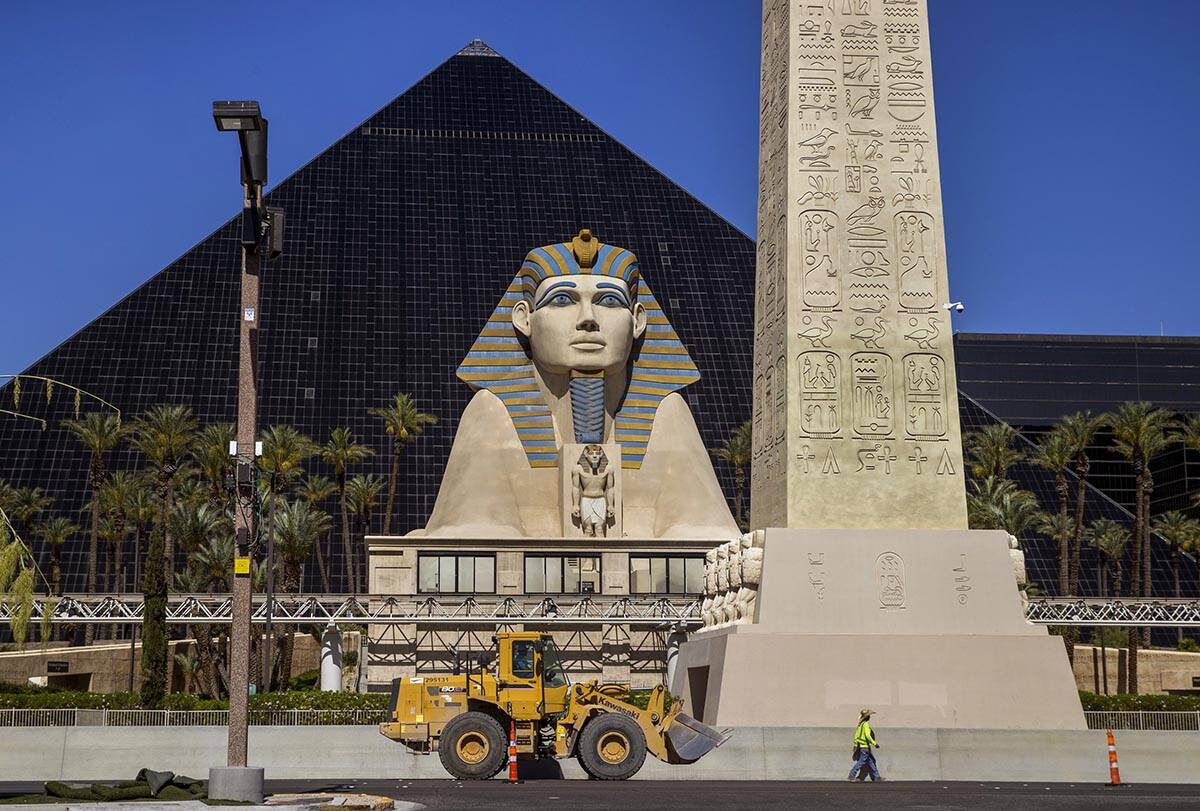 Luxor has started a new food delivery program to replace traditional room service at the resort.

The pyramid-shaped resort on the South Strip stopped room service when the COVID-19 pandemic closed resorts for 78 days in March 2020. It didn’t return once the property reopened in June.

Luxor Express, an in-room food and beverage delivery program, began operating on Thursday. Initially, it’s being offered from 7 a.m. to 1:45 p.m. from two Luxor food outlets — Pyramid Cafe and Backstage Deli — to guests staying at the east and west towers.

Within a few weeks, the program is expected to be expanded to include Diablo’s Cantina and Public House with deliveries to the Pyramid rooms with extended hours, according to Emmanuel Cornet, vice president of food and beverage for Mandalay Bay, Delano Las Vegas, Luxor and Four Seasons Las Vegas.

A room guest can request a food delivery using his or her own phone or other digital device instead of by calling a central room service telephone number.

Brian Ahern, a spokesman for MGM Resorts International, said the company is bucking the trend of discontinuing traditional room service, a practice that began worldwide after hotels began reopening after closures resulting from the COVID-19 pandemic.

Of MGM’s properties, only Excalibur is without traditional room service and only Luxor is trying the new system.

Similar systems in use

Wynn Resorts Ltd. has kept its traditional room service system while representatives of Caesars Entertainment Corp. did not respond to inquiries about the status of its properties’ room service.

“I think room service or food delivery to hotel rooms is something Las Vegas guests continue to enjoy and that’s why we’re keeping it,” Ahern said.

But that’s not the case in many hotels worldwide.

“The elimination of room service has been a global trend over the last 10-15 years,” said Amanda Belarmino, an assistant professor at UNLV’s William F. Harrah College of Hospitality.

“In 2016, the American Hotel and Lodging Association found that only 22 percent of hotels offered room service,” she said. “The trend was reversed due to the pandemic because people did not feel safe gathering in a large group. However, room service is not profitable and usually is unpopular.

“In non-gaming hotels, we are seeing a trend of consumers instead ordering on meal delivery apps like UberEats, meeting the driver in the lobby, and then taking the food to their room,” Bellarmino said. “I think we can expect to see hotel-casinos continue to provide creative solutions for in-room dining other than traditional room service.”

A representative of the American Hotel and Lodging Association on Monday said the association had no updated data regarding the prominence of room service.

“Full-service, 24-7 room service was one of the hits that happened during the pandemic and in a lot of cases outside of Las Vegas, it has not and may not return as hotels continue to face costs and workforce challenges,” said Brendan Bussmann, an industry analyst with of Las Vegas-based B Global.

“Las Vegas is a 24-7 town and some guests still desire that cheeseburger at 3 a.m.,” Bussmann said. “Workforce continues to be a challenge, though, that has forced companies to rethink how to best serve the guest.”