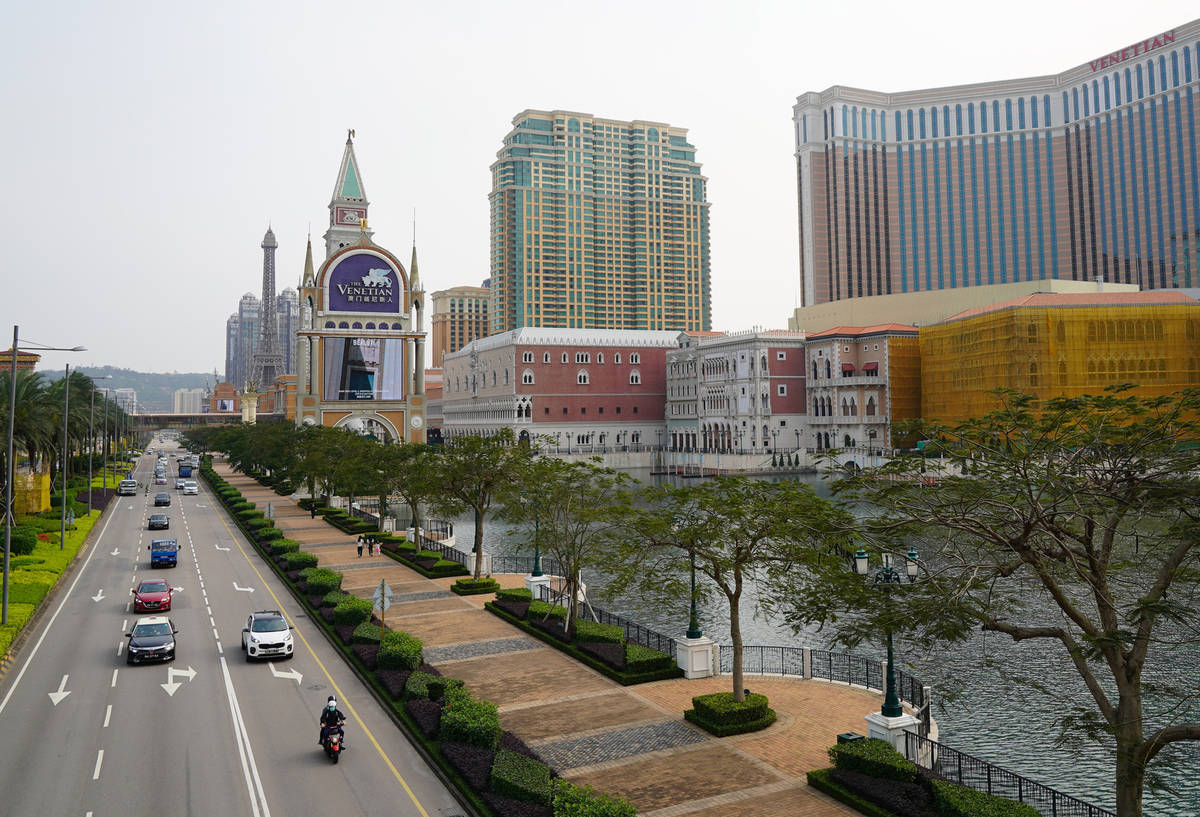 This April 10, 2020, file photo shows a view of the Cotai Strip in Macao. (Inside Asian Gaming)

May totals were bolstered by a strong Golden Week holiday early in the month, with less of a typical post-holiday slowdown later in the month.

That total was 24 percent higher than in April, but it was just 40 percent of what casinos reported in May 2019.

Macao revenue is important to the Las Vegas market because three Las Vegas-based companies — Las Vegas Sands Corp., Wynn Resorts Ltd., and MGM Resorts International — have properties there that generate high levels of earnings for them, with Sands being the market leader with its six properties.

A gaming analyst for New York-based J.P. Morgan said in a report to investors that he expects June revenue may decline slightly but that numbers would pick up in July and August.

“Looking ahead, we’d expect June to show a more typical sequential decline for seasonal reasons and July and August to show sequential improvement relative to June and May gross gaming revenue levels,” analyst Joe Greff said in his Tuesday report. “Overall, we are looking for more of a continued gradual recovery. The summer in Macao will be influenced by new COVID cases; so, it is important to pay attention here, as there have been over 50 new cases reported in Guangzhou and Shenzhen in the last week,” he said.

The Review-Journal is owned by the family of Sheldon Adelson, the late chairman and CEO of Las Vegas Sands Corp. Las Vegas Sands operates six properties in Macao and one in Singapore.