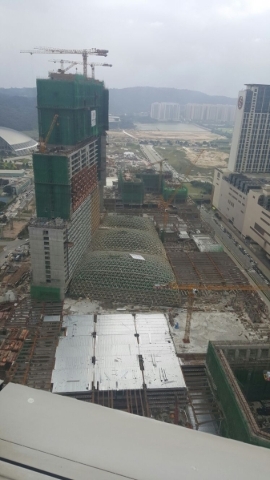 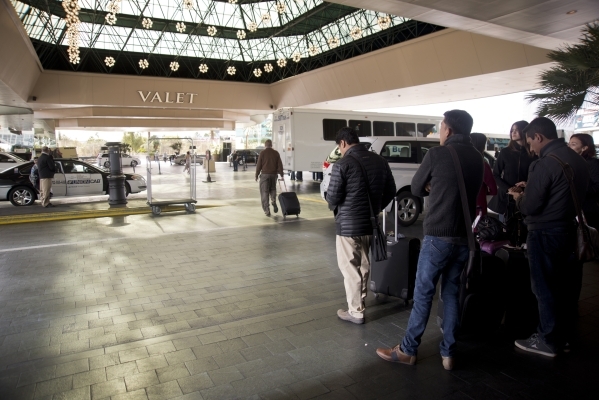 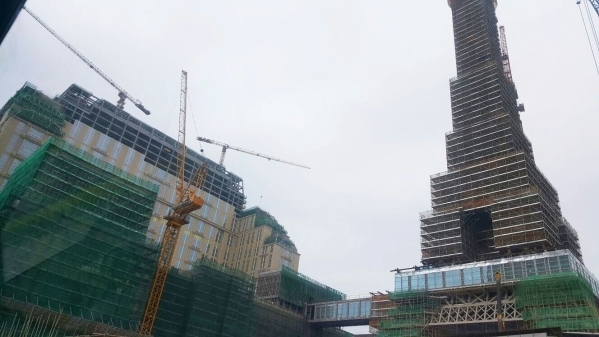 The $3.1 billion MGM Cotai will more than double the market capacity currently offered by MGM Resorts in Macau, but the company has announced it will postpone its opening until the first part of 2017 because of the struggling casino market in Macau and the planned openings of other multibillion dollar resorts in the region. Courtesy, Union Gaming Group

MGM Resorts International said Thursday it would delay the opening of the planned $3 billion MGM Cotai until the first part of 2017 because of Macau’s struggling casino business and the planned openings of other multibillion dollar resorts in the region.

At the same time, MGM Resorts Chairman and CEO Jim Murren said the company’s strong convention and leisure business and an overall increase in Las Vegas visitation helped its Strip resorts. CityCenter, which includes Aria, had cash flow of $106 million, its best cash flow quarter in the development’s history.

The capacity is needed because Mandalay “will outgrow the space in a couple of years,” Murren said. He added that the company “booked a half-billion-dollars” of new convention business for 2016 and 2017.

“I want to clear up any confusion,” Murren said at the outset of a conference call with analysts. “It was a great quarter for MGM and for the year.”

In an interview following the conference call, Murren said MGM Resorts is developing a master plan to add convention capacity on the Strip, where it controls more than 3 million square feet of conventions, meetings and conference space. He said Bellagio, MGM Grand and Luxor could seen convention expansion opportunities.

“What do we see in the market? We’re creating experiences and giving people reasons to come to Las Vegas,” Murren said.

In Macau, MGM Resorts International recorded a net loss of $1.47 billion in the fourth quarter after taking a noncash impairment charge related to the casino company’s Macau holdings.

The Las Vegas-based company said the $1.5 billion charge was because of “market conditions” in Macau, where the Chinese gaming enclave’s overall gaming revenue has fallen for 20 straight months. The net loss translated into a loss per share of $1.38. A year ago, MGM lost $287.4 million, or 70 cents per share.

The Macau results offset increases in results from the company’s Strip and regional gaming properties.

Murren focused on the company’s cash flow for the quarter and the year. He said the figure, which takes in account earnings before items such as taxes are removed, grew 36 percent in the fourth quarter to $586.2 million and 47 percent to $1.69 billion for all of 2015, the company’s best year since 2008.

“While shares slumped following results largely around Macau, we continue to see MGM as well-positioned to benefit from its continued investment on the Strip and leading market share up and down the spectrum,” said Credit Suisse gaming analyst Joel Simkins.

Meanwhile, MGM Resorts said it has “substantially completed” the review process with the Securities and Exchange Commission toward an initial public offering for its 70 percent-owned real estate development trust. The company said the SEC will continue to review the filings and may issue additional comments in the future.