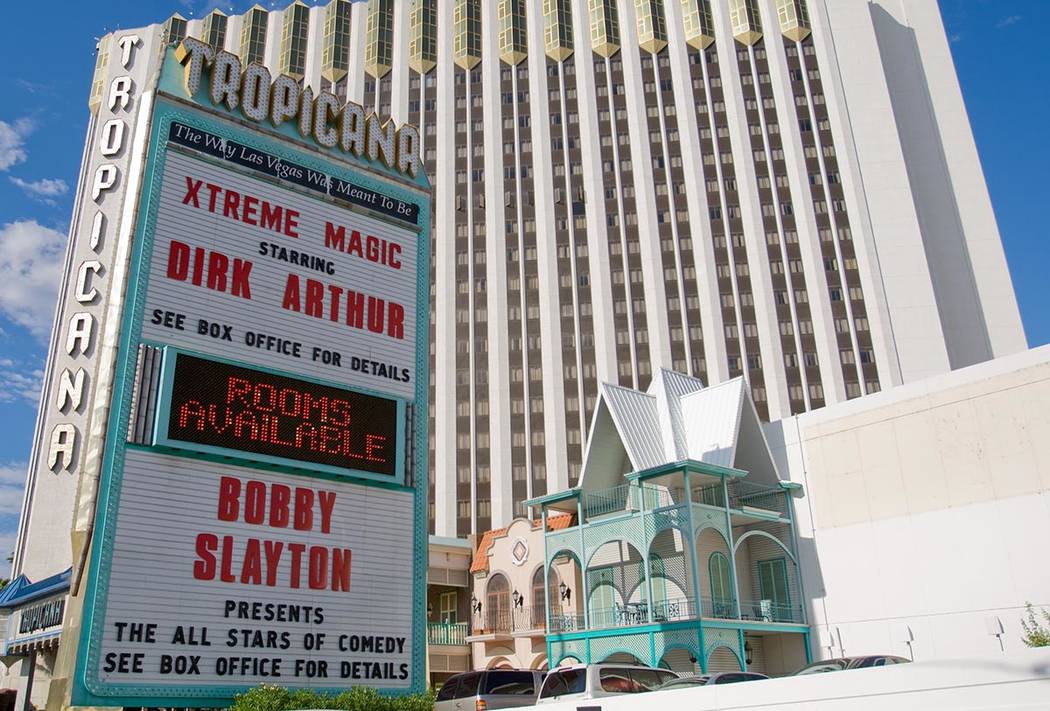 Penn National Gaming is still looking to sell the Tropicana and would look to shift customers to its M Resort if a transaction were to occur.

Penn CEO Jay Snowden told investors Thursday that the company received an inquiry about buying the Tropicana two days ago, so he knows there’s high interest in the Strip property.

“On the Tropicana side, there’s been so much unsolicited interest that it’s just very active,” Snowden told investors in a conference call announcing the regional gaming giant’s fourth-quarter earnings. “We got another call two days ago with interest in potentially acquiring some or all of the land holdings there. It’s very active.”

Snowden said the sale of the Tropicana is a priority so that the company can deleverage debt from numerous transactions the rapidly expanding company has completed in the last couple of years.

“Delevering is a very high priority for all of us here,” Snowden said. “We’re continuing to have active conversations and we’re encouraged because with the NFL Draft coming up in April in Las Vegas, the Raiders’ stadium is almost completed and the season launches in August-September. And it’s a great convention year for Vegas as well. So there’s a lot of interest. We know the land we have there is extremely valuable and we’re going to continue to explore that as a high priority for us.”

In a separate response, Snowden said that if a Tropicana sale were to come about, the company would likely try to convince its Las Vegas customers to stay and play at the M Resort in Henderson.

The M, the southernmost resort property still within the Las Vegas Valley, recently became a casino partner with the Las Vegas Raiders and is expected to host the team for pre-game meals and stays prior to home games. It’s about a mile away from the Raiders’ headquarters and training facility expected to be completed and occupied by summer.

“I think we can move some business from Trop to M Resort,” Snowden said. “We market both of those properties to our database, some prefer to be on Strip, some prefer to be off Strip. M Resort is on fire, It has been for years. Could we accelerate some of that movement and visitation to M from the Strip? Sure we could, and that would be by design.”

Wyomissing, Pennsylvania-based Penn has been focused on other deals that have expanded the company’s reach to 40 properties in 19 states. The company accelerated its integration of Las Vegas-based Pinnacle Resorts, which added 12 properties and 10,000 employees in three states.

The company also announced late last month that it is acquiring a 36 percent interest in Barstool Sports Inc., a digital sports media company, for $163 million in cash and convertible preferred stock.

The company believes that its new association with 66 million Barstool customers — referred to by Snowden in the call as “stoolies” — will drive sports wagering revenue in several states as it capitalizes on Barstool’s multiple platforms and entertaining commentators.

Penn also is in the process of developing its own sports wagering app that it intends to unveil in August. Use of the app isn’t likely to reach Nevada until next year.

Additional debt from transactions hurt the company’s fourth-quarter earnings, which exceeded the company’s own guidance, but was just off analysts’ projections.