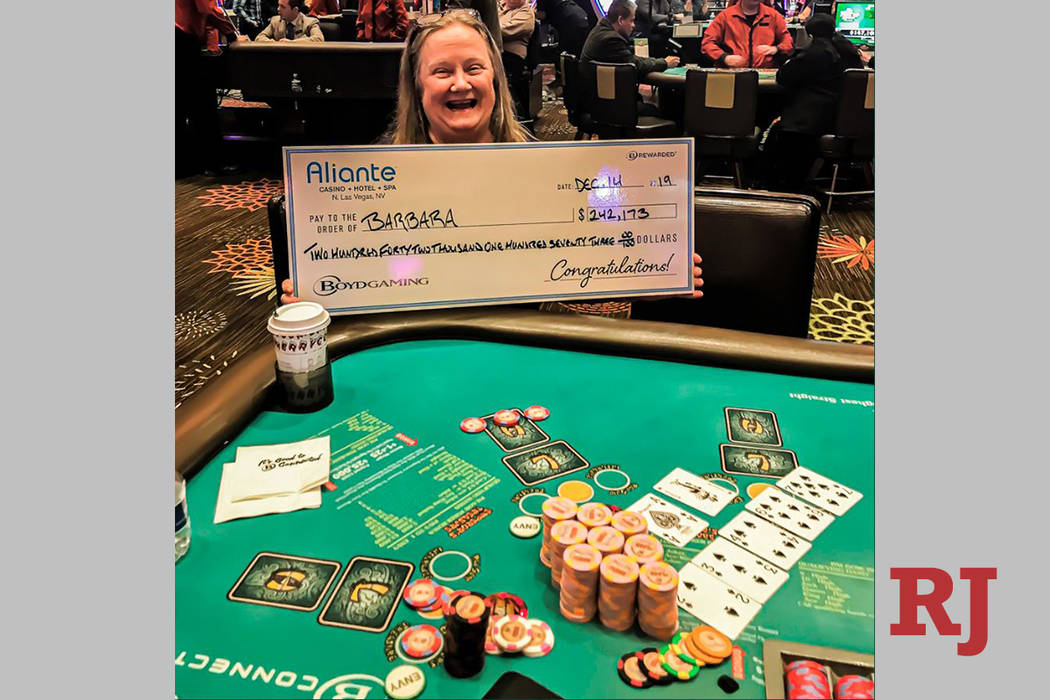 When the stars align, magic can happen. It’s not so bad when the cards also align.

While playing Emperor’s Challenge Pai Gow Poker on Dec. 14 at Aliante Hotel, Barbara was dealt a seven-card straight flush, collecting a progressive jackpot of $242,173 on the Galaxy Gaming table.

In pai gow poker, the joker can be used as an ace or to complete a straight and/or flush.

At The Orleans, one player on a 25-cent Triple Play Poker machine was dealt a royal flush, good for a $18,571 payout.

How would you like to be dealt a Royal Flush? Check out this sweet $18,571 jackpot! pic.twitter.com/13wKYnUYN1

At The Cannery, a player on the penny Dragon Link machine hit a progressive $11,127.51 jackpot.