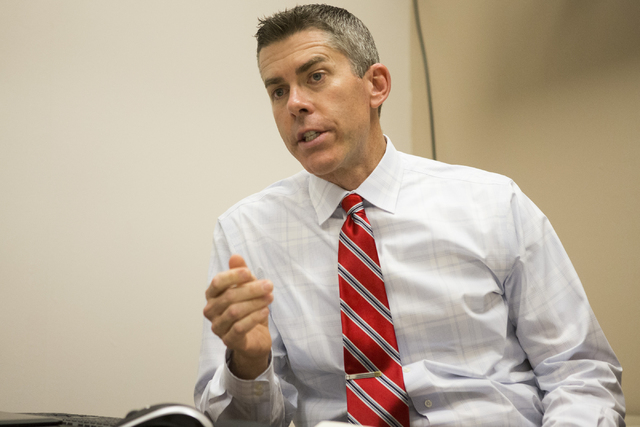 Glenn Straub, the new owner of the former Revel casino in Atlantic City, N.J., inspects the property's power plant on Tuesday June 14, 2016, a day before he intends to have 900 hotel rooms and some amenities open to the public. (Wayne Parry/AP) 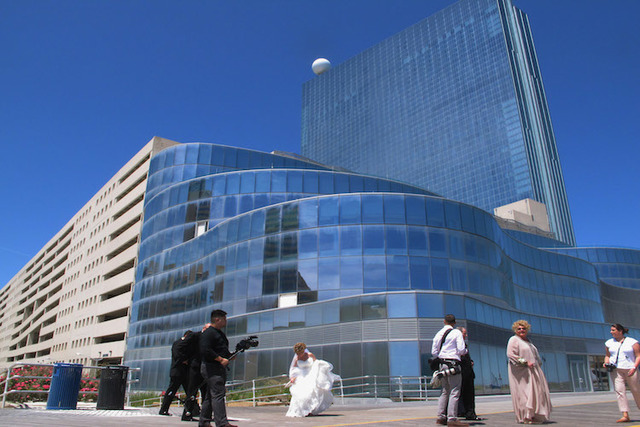 A wedding party searches for spots for a photo near the former Revel casino in Atlantic City, N.J., Friday, June 10, 2016. Revel and its next-door neighbor the Showboat both closed in 2014, and are re-opening soon, but are taking very different paths. Revel will reopen as a casino, while Showboat will be a non-gambling hotel. (Wayne Parry/AP)

ATLANTIC CITY — The new owner of the former Revel casino in Atlantic City said on Friday that he won’t begin reopening the property while state gambling regulators insist that he get a casino license.

Glenn Straub told The Associated Press that he should not have to go through the same costly, time-consuming licensing that other casino owners do because he is acting simply as a landlord to an outside company that would run the casino.

The Florida developer, who is trying to reopen the $2.4 billion resort that he bought for 5 cents on the dollar out of bankruptcy court, said the state Division of Gaming Enforcement told him Friday he must obtain a casino license.

“They have totally abused their discretion,” Straub said. “We’re just a landlord — a vendor, really. Like someone who provides produce. I’m not going to run the casino; why do I need a casino license?”

He said he plans to appeal the matter to the state Casino Control Commission. In the meantime, Straub said, he will not move forward with plans to start reopening the hotel and non-gambling attractions right away, in large part because he cannot get liquor licenses for them under the current circumstances.

David Rebuck, director of the Division of Gaming Enforcement, said the state will consider allowing Straub to obtain a lower-level license, but emphasized that he needs some level of license before the casino can reopen.

“We have made a determination that he does need to be licensed,” Rebuck said. “The thought is it might be a lesser level of licensing because of his business plan, but the Division cannot make a final determination until his license application is complete.”

It is possible that instead of a full casino license, the state might require Straub to become licensed as a casino service industry licensee. The company he chooses to run the casino would need to have a casino license. Straub has yet to identify the company he plans to have operate the casino.

Straub had hoped to have 900 hotel rooms and a handful of non-gambling amenities open by Wednesday of this week, but he has not been permitted to do so by the city. Chris Filiciello, chief of staff for Mayor Don Guardian, said numerous inspections are continuing, adding that no city approval would be granted for the complex on Friday. It needs, among other things, a certificate of occupancy before even part of it can reopen to the public.

Revel shut down on Sept. 2, 2014, after just over two years of operation during which it went bankrupt twice and never came close to making a profit.