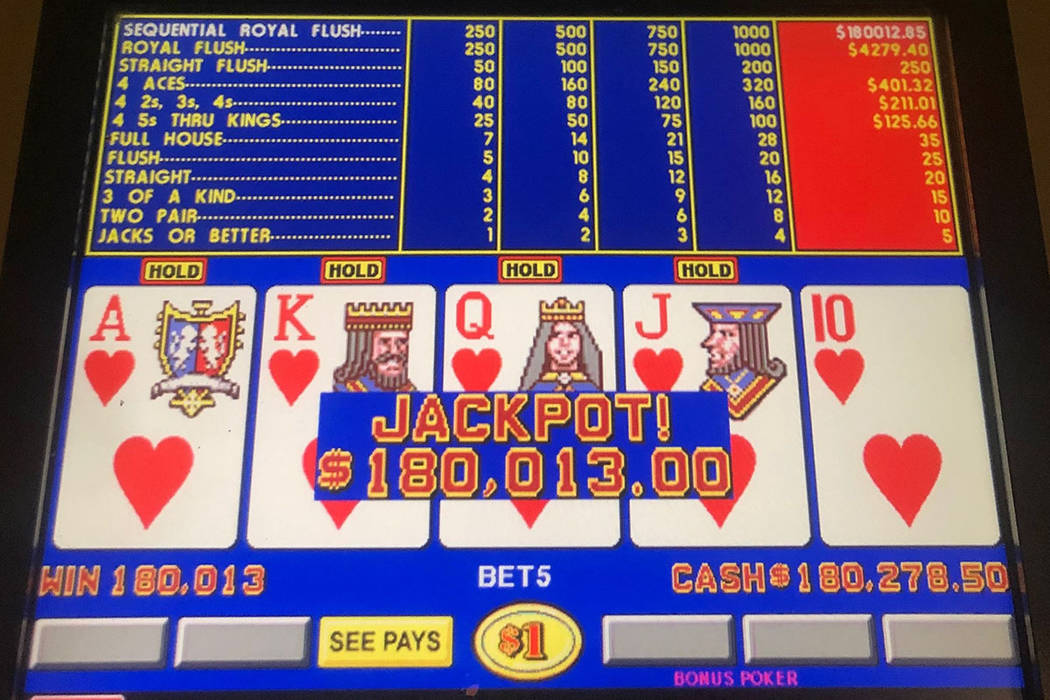 Royal flushes are great. For one video poker player this weekend, a sequential royal flush draw turned out much better.

The hit on a $1 video poker machine was worth $180,013, according to the Twitter account of Boulder Station.

A very lucky guest hit a SEQUENTIAL royal for a $180,013 win this weekend!

RT if you could use this kind of jackpot right about now 💰 pic.twitter.com/PjcI9BlzIA

No other information was available for the winner.

At Four Queens, a visitor from California won $5,213.99 on the Wheel of Prosperity grand progressive jackpot. And another used a $15 play to hit for $4,500 on Double Diamonds.

Lucky gentleman from California hit the grand progressive on the Wheel of Prosperity by @AruzeGaming for $5213.99!!!! Congratulations to our #lucky #winner !!!#4queens #fourqueens #dtlv #fremontstreet pic.twitter.com/Ks2NhGU7tR

At Binion’s, another California visitor won $4,624.60 on a Mighty Cash Grand progressive jackpot.

Congratulations to our lucky winner from California, he hit the Mighty Cash Grand progressive for a $4,724.60 payday!@aristocratslots pic.twitter.com/mzEjjKnmVl