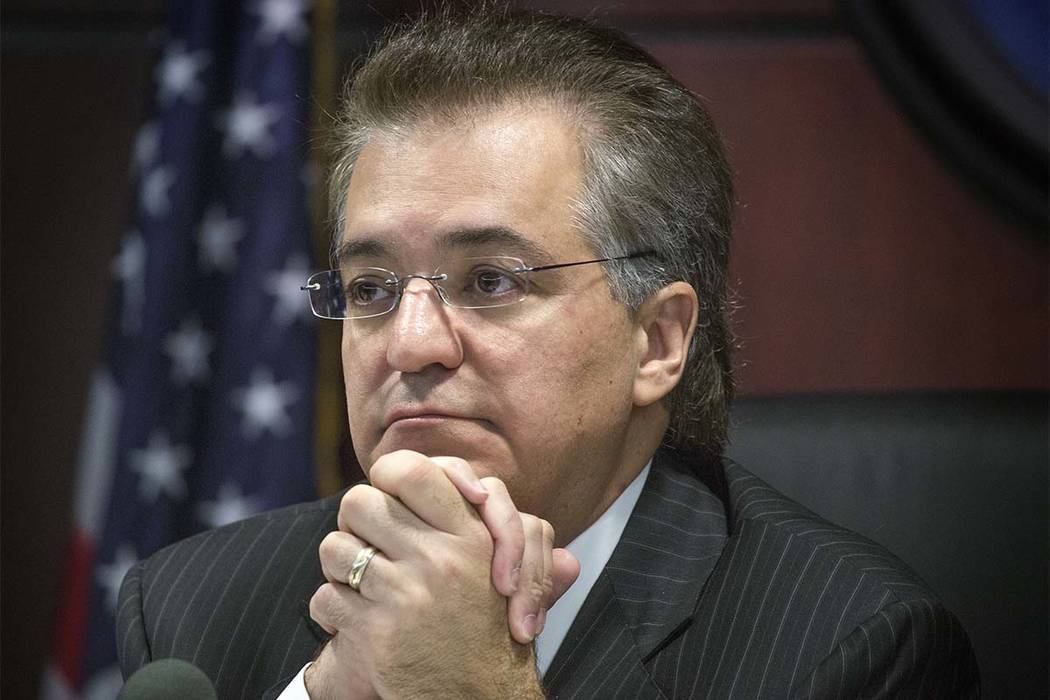 Gaming regulators on Wednesday unanimously approved a special license for a Las Vegas tavern to set up a temporary casino for eight hours to preserve the property’s gaming license.

In a special afternoon meeting, the Nevada Gaming Commission acted on a recommendation earlier in the day from the state Gaming Control Board to license Tom and Kevin Gallagher’s shuttered Porchlight bar on West Sahara Avenue.

The Gallaghers requested the emergency session when they learned last week that they would lose the gaming license as a closed nonconforming tavern unless some form of casino gambling was conducted on the property by Tuesday.

City codes require gaming to occur on a property for at least eight hours every year and a half to maintain a gaming license. The regulation has led to the establishment of a small cottage industry of companies that specialize in setting up temporary casinos to preserve licenses of companies in those circumstances.

Under the license approved Wednesday, Sartini Gaming will monitor a bank of slot machines from 8 a.m. to 4 p.m. Friday in a trailer on the property to preserve the restricted license for 15 bartop slot machines at what is envisioned to be an upscale tavern with a kitchen and food service when renovations are completed.

Tom Gallagher, a UNLV law professor who once served as CEO for Park Place Entertainment, the predecessor of Caesars Entertainment, thanked board members and commissioners at the two meetings for taking up the matter on short notice.

The Gallaghers told regulators keeping the property open would only save two jobs, but they were grateful that they would take the time to help rescue their property.

“Whenever I see the words ‘special meeting agenda,’ I’m thinking we’re saving the jobs of 5,000 people for a nonrestricted location, and I’ve never had the occasion to see one in connection with saving a restricted grandfathered (license),” said attorney Jeff Silver in the company’s commission presentation. “The ask has certainly been monumental in this particular instance.”

Silver said that the owners were under the impression the license’s expiration was to occur at the end of June. Research found the date to be April 10, resulting in the late scramble for the special meeting.

“To put it very simply, this was a misapprehension,” Silver said.