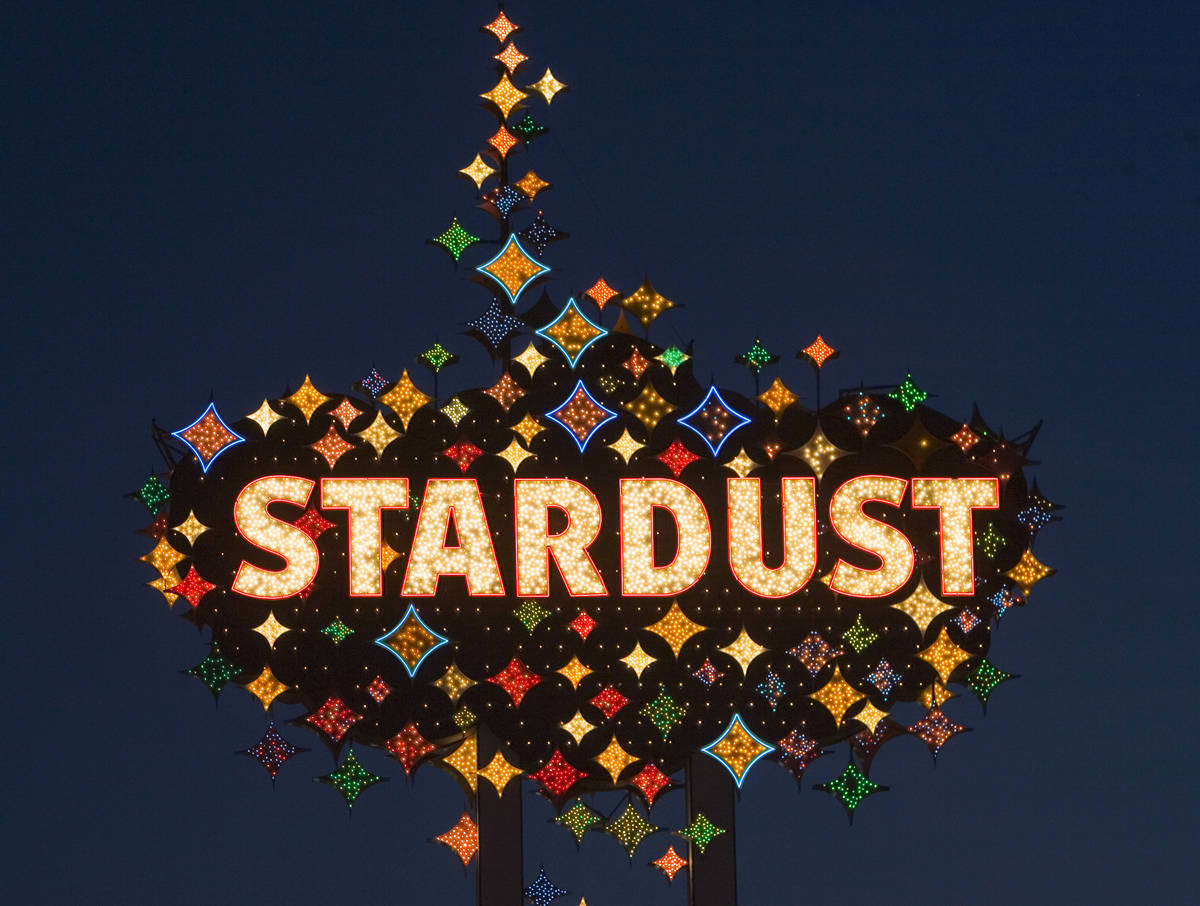 The Stardust is back.

The iconic Las Vegas brand that Boyd Gaming Corp. illuminated the Strip with from 1985 to 2006 has returned as a free social casino mobile app that can be downloaded onto smartphones.

Boyd announced the availability of the app Tuesday.

“I have to admit, we were a bit amazed with how it’s still a very strong brand that resonates across multiple generations and certainly across multiple regions in the United States,” said Blake Rampmaier, senior vice president and chief information officer for Boyd who is spearheading the Stardust Social Casino project. “We knew we had a winner.”

By design, social casinos are free and players that use them are just playing for fun. But Boyd will use the social casino to engage players who own the company’s B Connected loyalty program card. Those players will have the ability to earn points that can be used in Boyd’s brick-and-mortar properties nationwide.

Players can download the Stardust Social Casino app for free through the Apple Store or the Google Play Store.

Here’s how social casinos work: Players download the app, log in and are given a certain level of virtual coins that can be played over a set period. When the coins run out, a player has the option of waiting for the next time period or purchasing more from within the app — which is how it generates revenue for the company.

“There’s no way to extract value in terms of money,” Rampmaier said. “There’s no way to cash out. The value to the player comes in as they make purchases of virtual coin and they’re a B Connected member, they’re able to earn B Connected points and tier credits and so this gives them that ability of continuing their entertainment experience outside our properties.”

The social casino will initially start with slot machines only with the most popular titles on Boyd casino floors replicated on the app. Rampmaier said his team has a roadmap for expanding and modifying the site, possibly adding table games and changing out slot titles.

“Stardust is a name that clearly resonates with gaming customers across all generations,” Keith Smith, president and CEO of Boyd Gaming, said in a release announcing the availability of the app. “Given its considerable brand equity, we believe the Stardust name will give Boyd Gaming a unique advantage as we further expand our online and mobile gaming presence.”

The Stardust opened the doors of what ultimately became a 1,500-room resort in 1958. When it opened, it had the largest casino and swimming pool in Nevada. It also had a drive-in movie theater at the rear of the property.

Sam Boyd acquired the Stardust in 1985. Over time, it was home to iconic signage and became one of the Strip’s most popular resorts, home to the Lido de Paris show and Siegfried & Roy.

Boyd closed the property in November 2006 and the building was imploded March 13, 2007, as Boyd prepared to make way for a project called Echelon Place.

The Great Recession killed the Echelon project and Boyd eventually sold the acreage and a partially built tower to Genting Group, which is building Resorts World Las Vegas on the site.

Boyd officials credited a book about the Stardust written by the Review-Journal’s Heidi Knapp Rinella for generating interest in developing the Stardust-branded social casino.