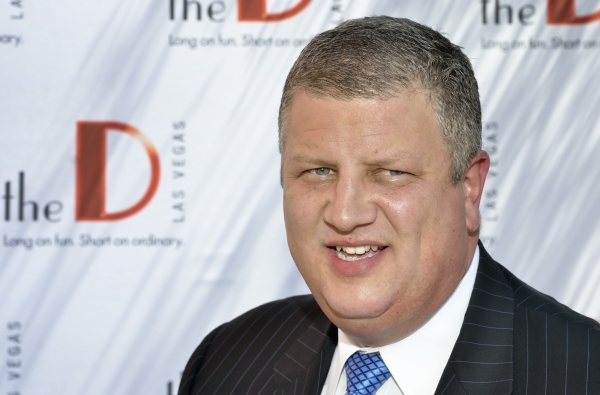 Stevens told the Gaming Control Board the deal was a transfer of interest and didn’t disclose a sales price. Stevens and his brother acquired 50 percent in the Golden Gate in 2008 and raised the stake to 65 percent over the years. The Stevens brothers also own the D Las Vegas and acquired the closed Las Vegas Club in August.

The Nevada Gaming Commission will have to sign off on the transaction on Nov. 19.

In 2012, the Golden Gate underwent its first major renovation in more than 50 years. The improvements cost $12 million and included a five-story hotel tower with 14 suites and two penthouses. The casino floor was expanded and a high limit gaming area was added.

Stevens said Brandenburg approached the brothers a few years ago about buying the remaining stake in the casino.

“This is a beautiful story,” Stevens said, “Mark grew up in the city.”

Brandenburg did not attend the hearing.

In an interview with the Review-Journal this summer, Brandenburg, 61, said he had a “fondness” for the Golden Gate “because it is so unique. It’s an authentic, original Las Vegas property. In terms of the building, we’ve preserved a lot of its history even as it’s grown over the years.”

Brandenburg wasn’t born into the Golden Gate family. His mother met and married Italo Ghelfi, one of the casino’s 22 original partners, while working as a cocktail server there.