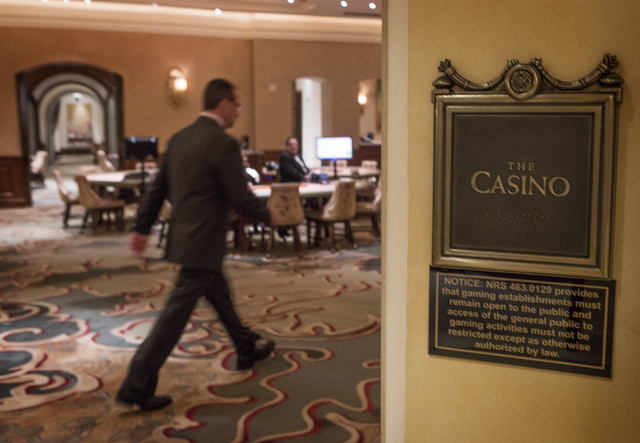 But not for the three-month reporting period that ended June 30.

The casino giant — whose Strip holdings include Bellagio, MGM Grand, The Mirage, Mandalay Bay and the CityCenter complex — said its net income for the quarter was $105.5 million, or 21 cents a share. A year ago, the company lost $92.9 million, or 19 cents a share.

Analysts polled by Thomson Reuters expected MGM Resorts to report a profit of 10 cents per share in the quarter.

In a statement, MGM Resorts Chairman and CEO Jim Murren said credited a 12 percent increase in cash flow from the company’s hotel-casinos in Las Vegas, including marked jumps in both casino revenue and hotel revenue.

“CityCenter resort operations continue to improve while in Macau we grew cash flow and margins due to a higher contribution of revenues from our main floor business,” Murren said in a statement. “These results clearly reflect the success of our investments and strategies in our existing properties.”

At CityCenter, which the company manages and retains a 50 percent ownership, net revenue from resort operations increased by 9 percent to $304 million.

“Las Vegas continues to trend in the right direction,” Credit Suisse gaming analyst Joel Simkins said. “With a fresh asset base and a number of key amenities MGM remains positioned to capitalize on increased demand in 2014.”

On a conference call with analysts, Murren was bullish about the company Strip prospects. The redevelopment of the TheHotel into the Delano Las Vegas is expected to be completed in October, which Murren said would bring “higher-quality, higher-margin customers” to the property.

MGM Resorts is also planning to renovate the hotel room at Mandalay Bay and is adding 300,000 square feet of convention space to the property.

“It’s a good time to be the largest land owner on the Strip,” Murren said.

The MGM Macau was still an important contributor to the company’s bottom line. MGM Resorts said the casino will pay a a dividend of $136 million to investors in September, of which $69 million will be paid to MGM Resorts. For the year, the MGM Macau has paid $762 million in dividends.

Meanwhile, MGM Resorts said its $2.9 billion MGM Cotai is expected to open in 2016. The 1,500 room hotel-casino will include The Spectacle, and entertainment and retail complex designed by architect David Rockwell, a Sky Loft component of luxury hotel suites.

Meanwhile the company is beginning to plan the second phase of MGM Cotai, which will include 700 hotel rooms as part of a non-gaming expansion.

MGM Resorts said the size and scope of it MGM National Harbor development in Maryland has increased to add another 475,000 square feet of public space. The project, which is expected to open in 2016, will now cost $1.2 billion.