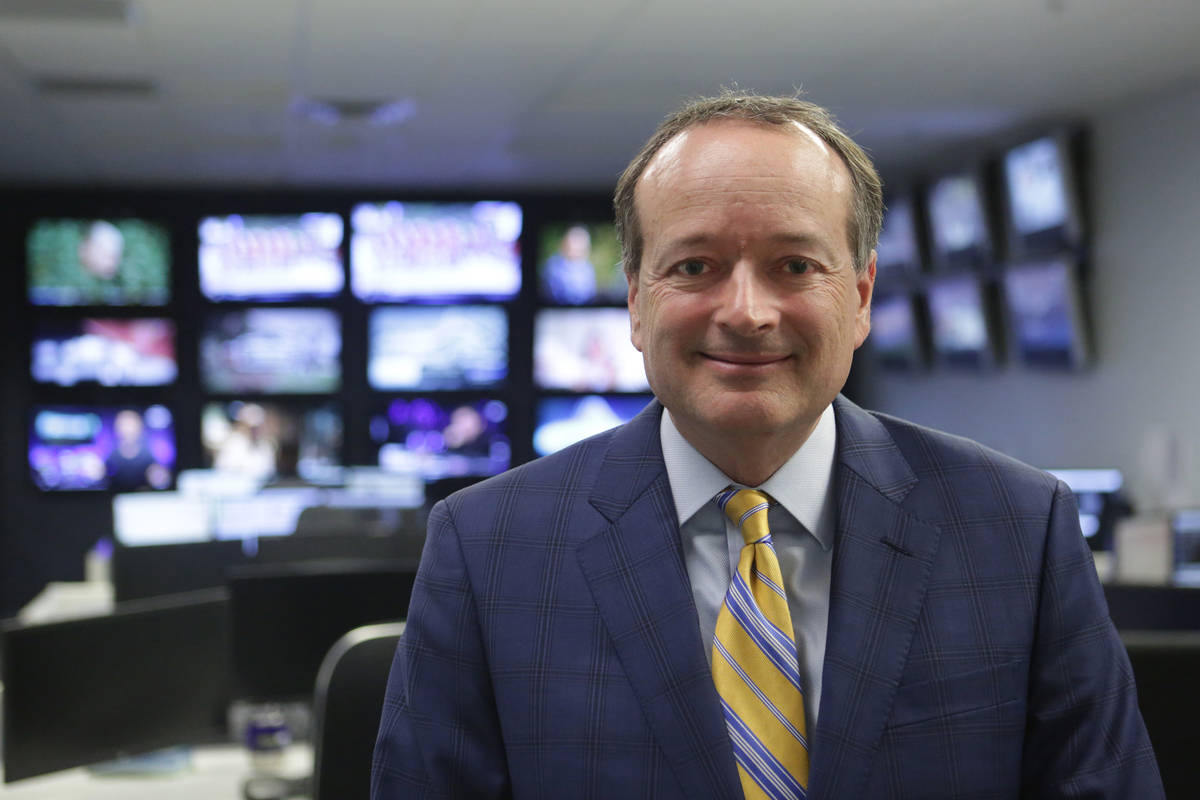 William Hill is in and CG Technology is out at six Las Vegas sportsbooks after the Nevada Gaming Commission unanimously approved a series of licenses and transfers Thursday.

Joe Asher, CEO of the U.S. subsidiary of London-based William Hill, said the acquisition of CG Technology assets isn’t as much about expanding his company as it is for getting a bigger slice of the Las Vegas Strip market.

“It’s not so much the market share but the first-class marquee properties we’re getting into,” Asher told commissioners.

When the deal to acquire the CG Technology assets closes Monday, William Hill will begin operating sportsbooks Tuesday at The Cosmopolitan of Las Vegas, The Venetian and Palazzo, and the Silverton. The Palms and Tropicana sportsbooks also were part of the deal but remain closed.

CG also ran the sportsbook at the Hard Rock, which was closed and sold and will be rebranded as Virgin Hotel Las Vegas. William Hill’s transaction with CG also turns over a betting platform and risk management consulting operation at the Atlantis on Paradise Island in the Bahamas. Regulators there recently approved the deal.

But thanks to that separate deal involving Caesars Entertainment Corp., the CG transaction becomes much more important.

Not only will William Hill manage the six Las Vegas books formerly run by CG, it’ll be the operators in the Caesars empire.

“We’ve opened up at Caesars Palace, The Linq, Paris, Bally’s and yesterday at Harrah’s here in Las Vegas,” Asher said in an interview. “We’re opening up today at Harveys in Lake Tahoe. So the rollout is underway.”

‘Bet on the right horse’

Asher is very happy about the Caesars deal.

“Caesars Palace is the most famous casino in the world, so of course we’re ecstatic to operate the sportsbook there,” he said.

He said he learned of Caesars Palace when major prizefights were staged there years ago when he was growing up and the broadcast announcers would say, “Live from Caesars Palace in Las Vegas …”

“We always thought that there was a chance that (Eldorado Resorts) would end up owning Caesars,” he said. “It was not a big surprise to us when they bought Caesars, but we’re clearly the beneficiary and we’re riding on their coattails. We definitely bet on the right horse, but it was an educated bet. It wasn’t dumb luck.”

Asher also told the commission that once William Hill is firmly established, the company will meet with their partners to recommend capital improvements to the sportsbooks. That may include modifying the communal food and beverage areas or removing some of the reading-desk-style stations at some properties. One particular improvement could even occur at the Caesars Palace sportsbook: the displaying of odds directly behind betting windows.

“Gary Carano, who’s the chairman of Caesars now, has had a particular interest in the odds display board and making sure that the fonts are big enough for customers to see, how crisp they should be,” Asher said. “This guy runs the biggest casino company in America and he’s interested in that sort of detail. When I called him up to congratulate him the day that they announced the deal to buy Caesars, the very first thing he said to me was, ‘What do you think of the odds boards at Caesars Palace?’ It shows you how they think about the details and that’s great because that’s what we think about, all the details.”

William Hill announced in November that it was acquiring CG Technology’s assets in Nevada and in the Bahamas for an undisclosed price.

The company has said it would honor any outstanding wagering tickets written by CG Technology after the takeover.

The Gaming Commission fined the company $8.8 million between 2014 and 2018 for three regulatory violations, including the second-highest fine ever assessed, $5.5 million in 2014, when the company was known as Cantor G&W Holdings.

Also, the company was fined $12 million in 2016 for violations of anti-money-laundering provisions of the Bank Secrecy Act by the U.S. Treasury’s Financial Crimes Enforcement Network.

Once the transaction closes, CG Technology will no longer have any gaming assets in the state, only some office space. The company was represented by attorneys who answered some of the regulators’ questions at the meeting but offered no comments on the company’s future.

Commission Chairman John Moran indicated he won’t be sad to see them go.

“Hopefully when they’re gone they’ll take some of their baggage with them,” he said.

The Review-Journal is owned by the family of Las Vegas Sands Corp. Chairman and CEO Sheldon Adelson. Las Vegas Sands operates The Venetian, Palazzo and the Sands Expo and Convention Center in Las Vegas.