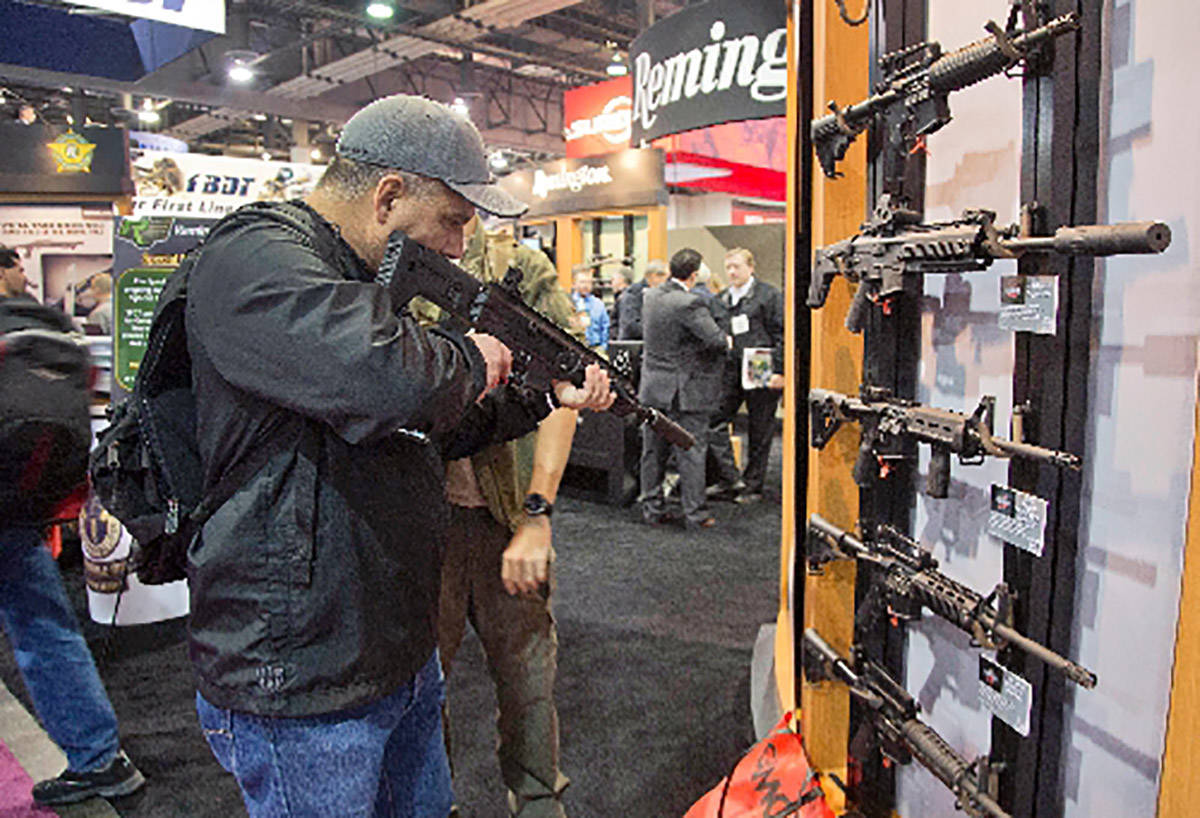 Stuart Konicar of Scottsdale, Ariz., looks down the sight of a Remington Adaptive Combat Rifle on Tuesday at the Remington Defense exhibit at the 35th annual SHOT Show. The rifle, not available for commercial sale, was on display for industry professionals at the trade show, which is put on by the National Shooting Sports Foundation

Another trade group announced it will not be coming to Las Vegas next year because of rising COVID-19 cases around the world.

The National Shooting Sports Foundation — the largest annual trade show for shooting, hunting and firearms show — said Friday that it will cancel its 2021 SHOT Show slated for January.

Joe Bartozzi, the trade group’s CEO, said in a statement that it communicated with Nevada and Las Vegas officials about their 2021 shows. Bartozzi said that there has been a “concerted effort to expand the allowable levels for large gatherings by the county and state,” but ultimately the rising number of COVID-19 cases around the world dictated the decision to cancel.

“With positivity rates peaking during our key planning period we have made the difficult decision to cancel the 2021 show. Sadly, these spikes are currently transpiring worldwide,” Bartozzi said. “Given the sheer complexities, diminishing timeline and immense logistical planning required to conduct a trade show as large as SHOT, NSSF simply could not move forward at this point with so many unknowns and variables.”

The loss of another trade group comes a month after Gov. Steve Sisolak announced that conventions will be permitted under a new directive, with attendees capped at 250. Conventions could also apply to host up to 1,000 attendees, though those conventions would have to be able to keep the conventiongoers in separate groups of no more than 25o people.

NSSF’s decision to cancel follows dozens of other industry groups, which canceled or rescheduled Las Vegas trade shows or conventions.

Bartozzi said 2021 was expected to be a banner year: With three months to go until the show, floor space for its convention was nearly sold out, “with more companies than ever before represented at the SHOT Show,” he said.