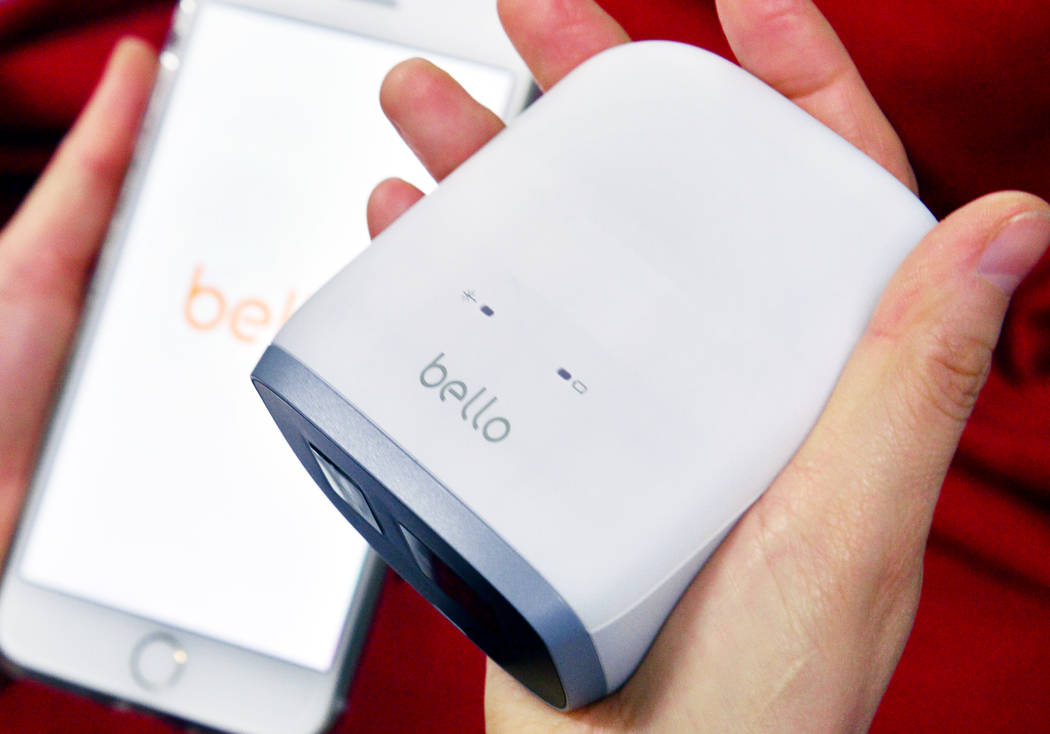 The Bello busts belly fat with the use of near-infrared scanning technology and a mobile app. Courtesy of Olive Healthcare Inc. 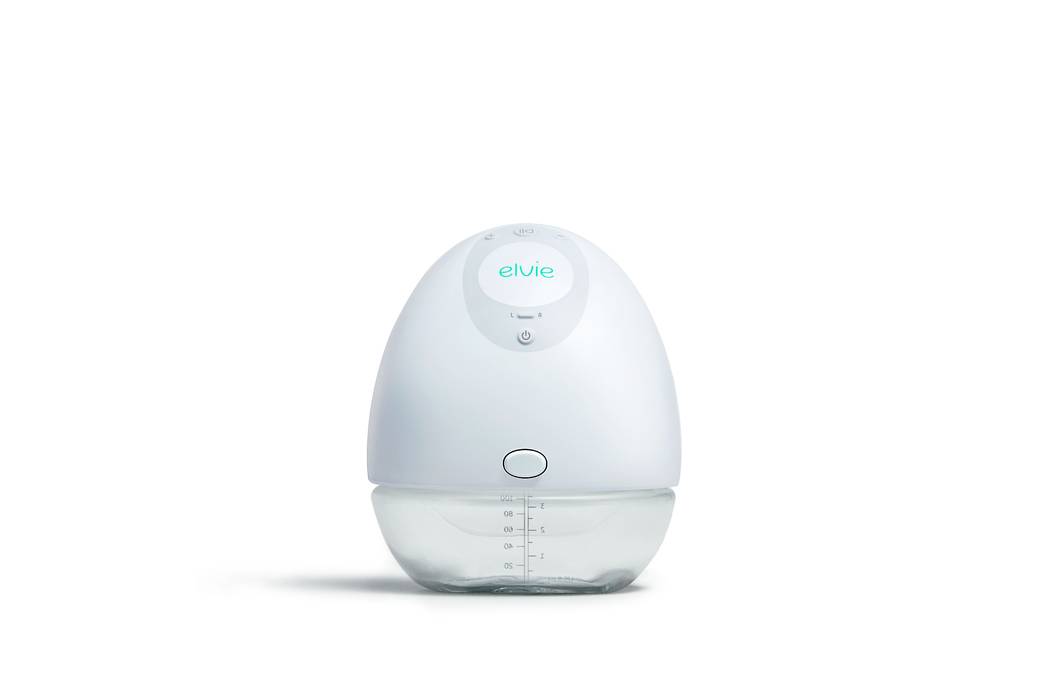 The Elvie breast pump fits into your bra to quietly and discreetly pump milk. Courtesy of Elvie.

The Oticon Kaizn connects to an Oticon hearing aid and uses AI technology to adjust in loud environments. Courtesy of Oticon. 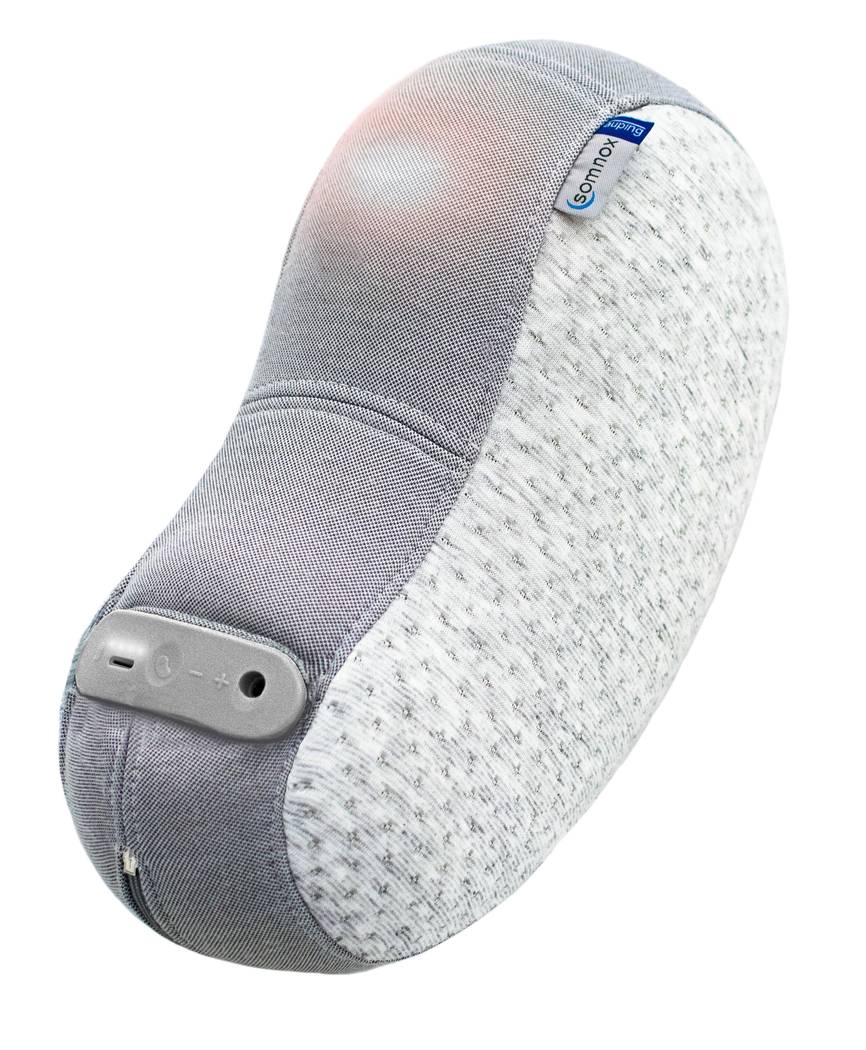 The Somnox Sleep Robot regulates breathing to help soothe you to sleep. Courtesy of Somnox. 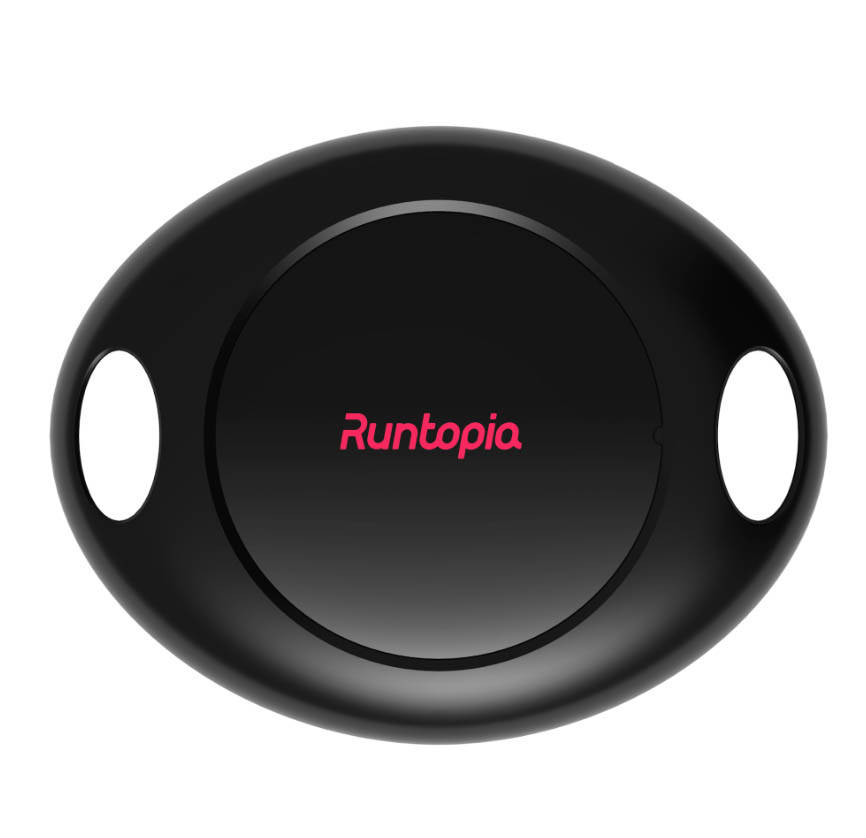 The Runtopia Running Genie attaches to the shoelaces on a running shoe and tracks 11 metrics. Courtesy of Codoon.

From glasses that correct posture to a breast pump that quietly collects milk inside a nursing mom’s bra, advancements in health tech swept the show floors at CES 2019.

Here are six gadgets and gizmos for your health that showed promise at this year’s show.

This breast pump is the size of a bra cup — and fits right into one. The Elvie, based in the United Kingdom, quietly and discreetly pumps breast milk, so new moms can pump at work or on the go.

Instead of connecting to large baby bottles, the pump has a 5-ounce attachment that fits into the bottom of the machine, creating the cup-like shape. When detached, it can be used for storage or feeding, depending on the lid attachment.

It also connects to a mobile app so users can check how much milk they’ve pumped and track the data over time.

“Once the bottle is full, the Elvie pump will automatically switch off, so there’s no chance of spilling or leaking in the bra,” said company spokeswoman Amy Barber.

Listening to a conversation in a noisy room could be achieved with the tap of an in-app button when using an Oticon hearing aid.

The Kaizn uses AI technology to listen to a person’s environment and offers them the option of tuning out when sitting passively in a loud crowd, or focusing in on one person when the hearing aid’s wearer is participating in a conversation in a noisy environment.

Over time, the app gets smarter and makes the decision for the wearer, said Randi Pogash, Oticon’s manager of clinical studies.

“The hearing aid will take all that data and then send you a response,” she said.

The New Jersey-based company debuted its AI application at CES last week. The app, which will launch later this year, will be free to use with the Oticon hearing aid, which can be purchased through a hearing aid specialist, located through oticon.com.

Breathe better, sleep better. That’s the guarantee from the Somnox Sleep Robot, which uses a carbon dioxide sensor to detect a person’s breathing pattern and matches it to help the person fall asleep.

Based on how the person sleeps, those breathing patterns will change, said founder Julian Jagtenberg.

“You hug it during the night as if it would be a teddy bear, and then what happens is you feel a physical sensation of breathing,” he said, adding it’s meant to reduce stress and anxiety.

The pillow, shaped like a pill, also can play white noise sounds and guided meditations.

Sales launch in March. The product, which can be found at meetsomnox.com, will cost $599.

Like your nagging mother but quieter, the EyeForcer glasses flash a blinking, colored light when they detect poor posture.

“You can change its sensitivity … (and) you can change the color of preference,” said co-founder Ryan Sahiholnasab.

Made by Canada-based Medical Wearable Solutions, the glasses connect to a mobile app to provide analytics on the angle of a person’s head, which can be used to prevent what the company calls “text neck” from using a cellphone.

So far, only one frame style in two colors is available. It comes with anti-blue light lenses that can be replaced with prescription lenses, Sahiholnasab said.

The frames are sold online at medicalwearablesolutions.com for $199.

Don’t just track the number of calories burned on your run — now, you can track your stride, cadence and gait, too.

Runtopia’s Running Genie will launch in the U.S. later this year by China-based Codoon, which sells its product overseas now.

A battery-powered wearable the size of a quarter slides onto your shoelaces and collects data on 11 metrics, from distance and time to ground-contact time and impact force.

“If you want to take your phone with you, it can give you audio guidance in real time” to improve running form, said Mari Yang, the company’s overseas marketing manager.

The device will be sold on Amazon for $30. A $40 rechargable version is set to launch sometime this year, too, Yang said.

Bust belly bulges with the Bello.

Created by Korea-based Olive Healthcare Inc., the device uses near-infrared rays to determine your health status based on belly fat and simple demographic information, and create a personalized diet and activity plan to lose the extra pounds.

“A lot of people want to diet, but the only tool you use is usually just the scale,” Alana Lee, product manager, said.

Checking belly fat percentage is more meaningful than the number at your feet, she said.

The product will launch a crowdfunding campaign later this year with a projected release date in September 2019. It’ll sell on Amazon for $249.