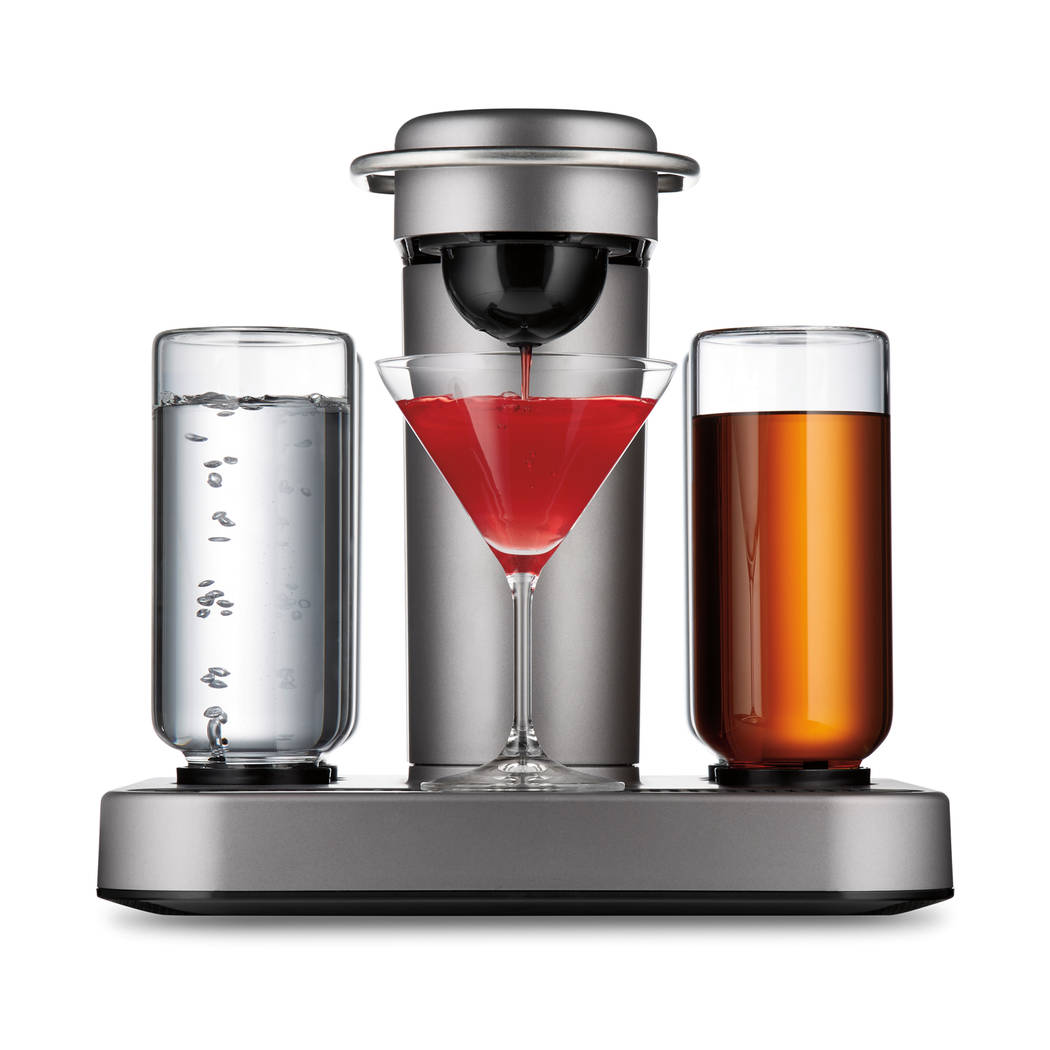 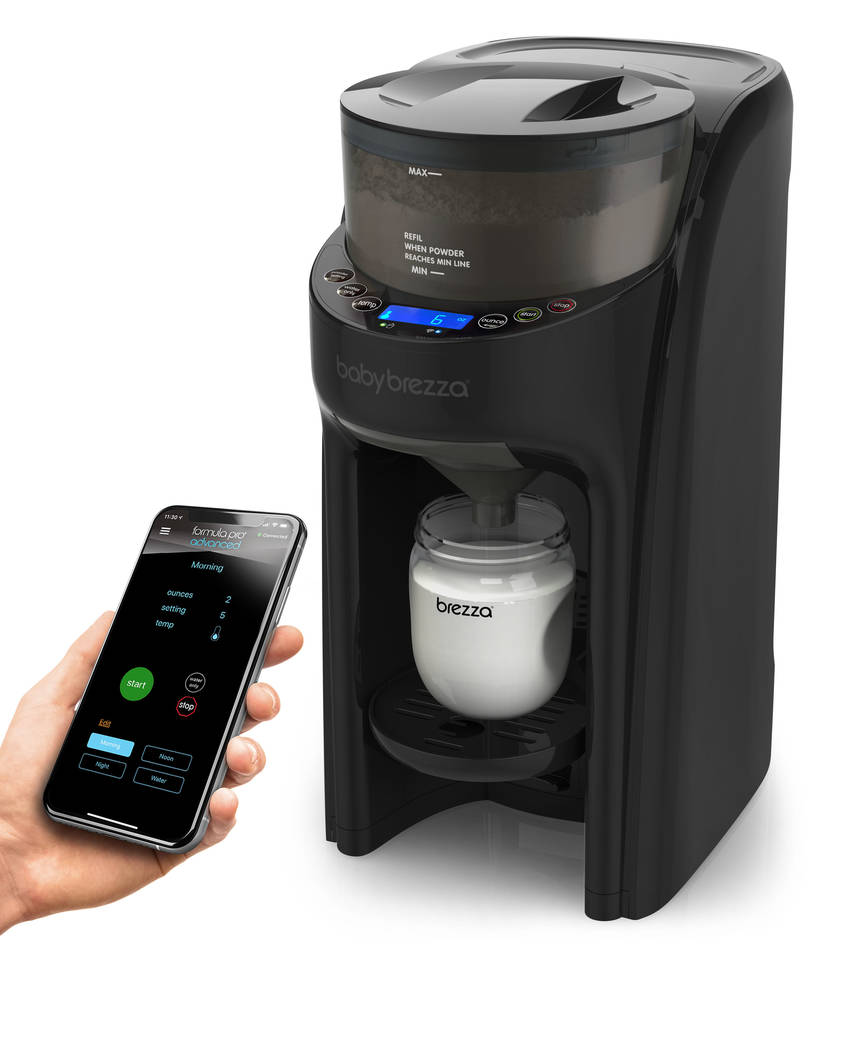 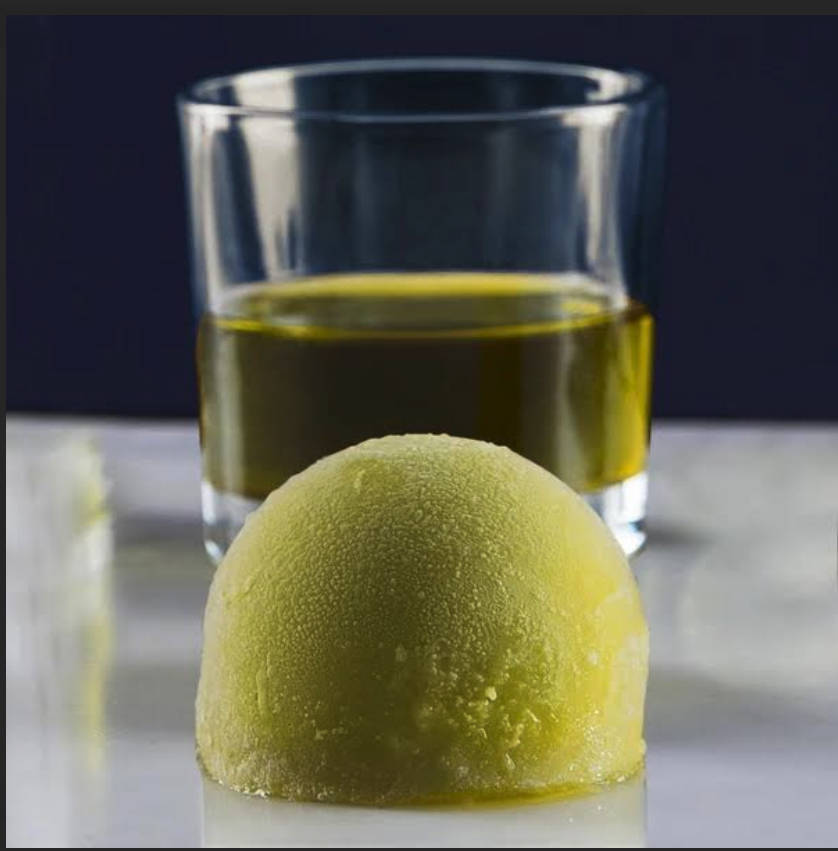 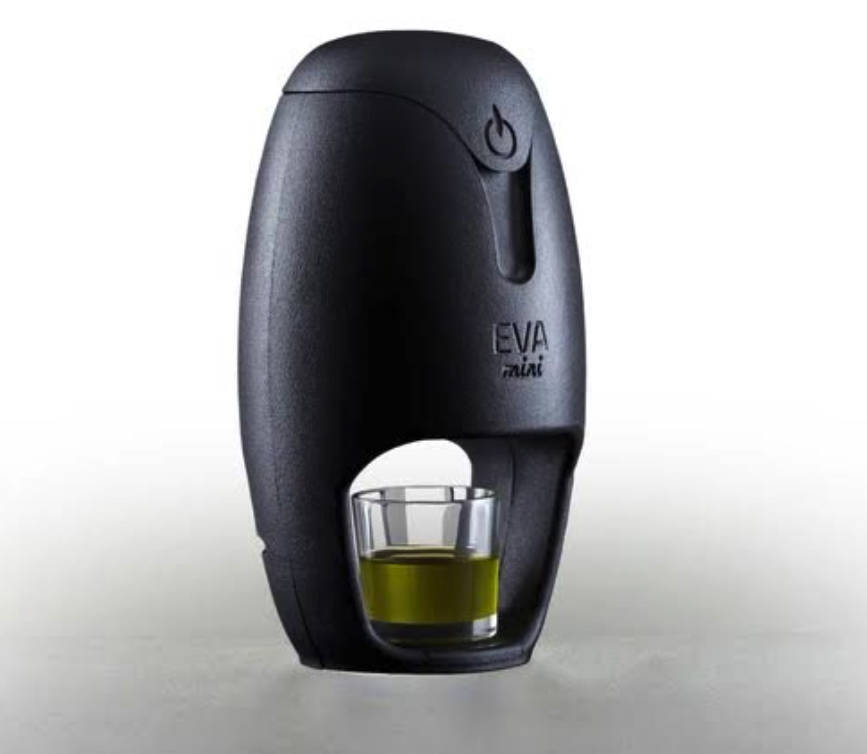 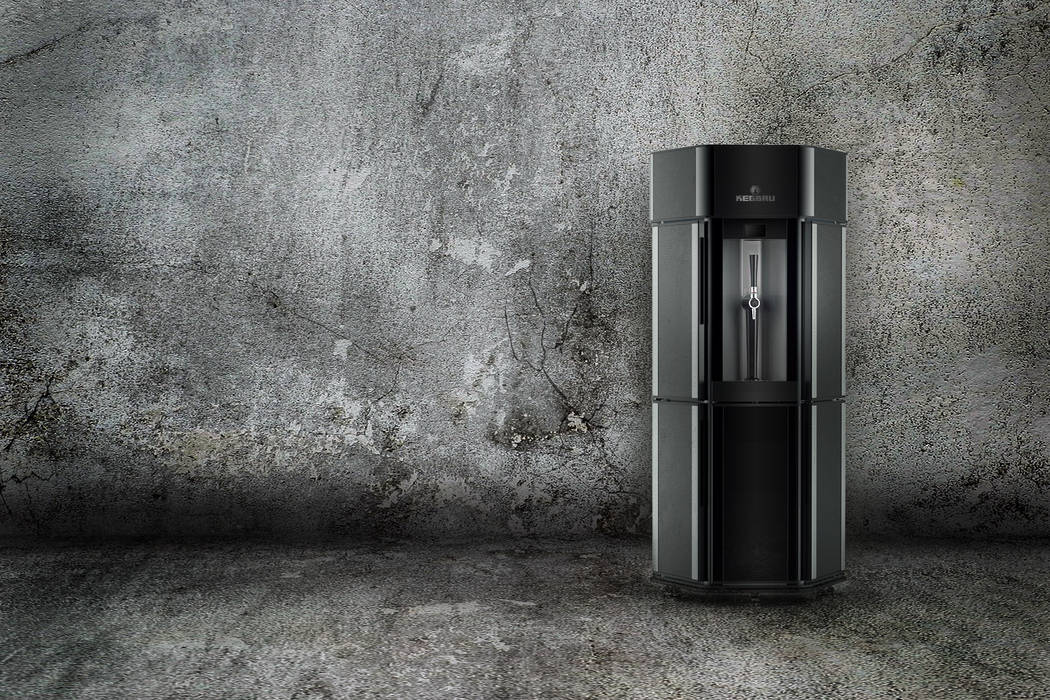 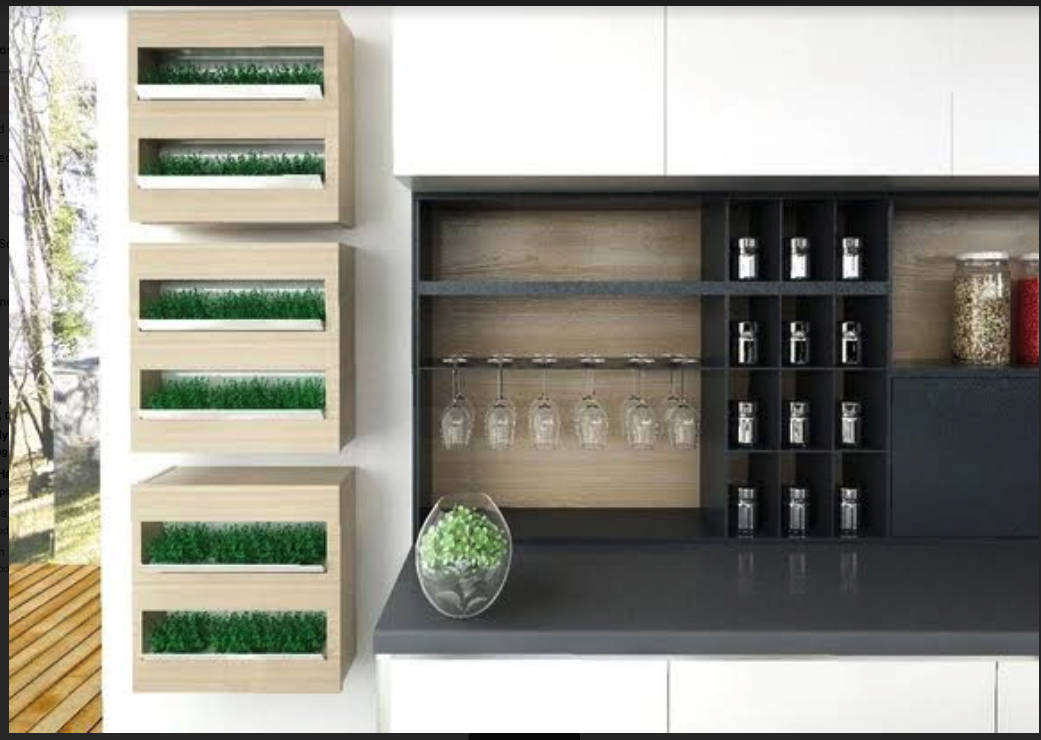 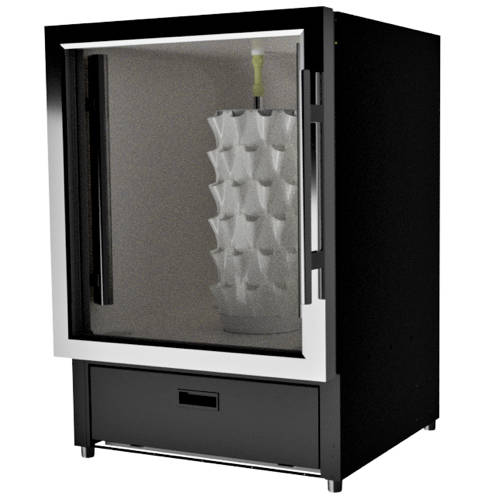 Heliponix The GroPod can grow up to 60 plants at once. 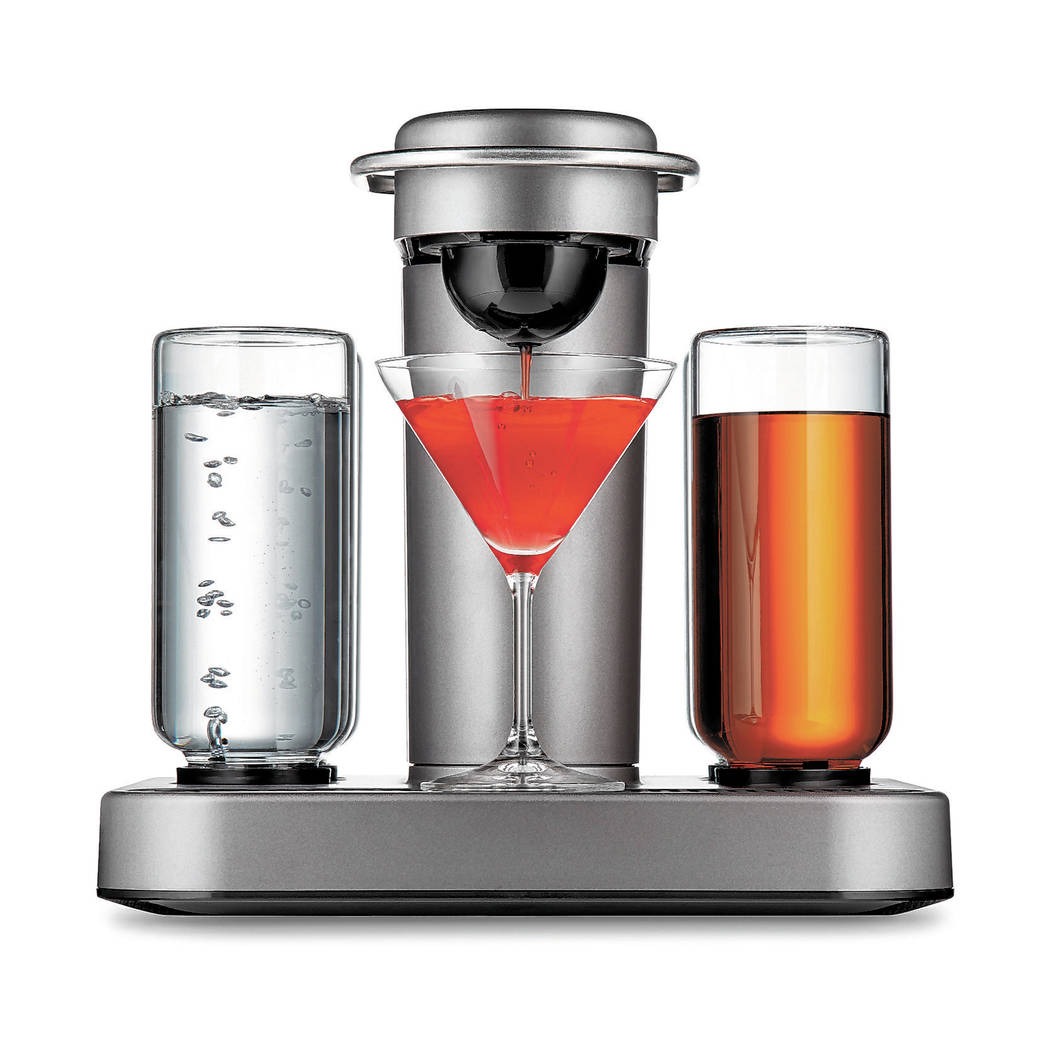 We can trace it back to the Keurig. The runaway success of that single-serve, coffee-pod device clearly has prompted designers and manufacturers to extend the concept to other food and beverages.

“The Keurigization of the world is happening,” said Shelly Palmer, an advertising, marketing and technology consultant.

But Palmer said the cult-level devotion such devices have engendered has affected society in other ways.

“It’s changing the relationship not only of how we make our food, but the communities of interest around it, I think, are even more fascinating,” he said of the social-media groups that have sprung up. “That’s sort of the second-order effect of that; Americans have always paid for convenience.”

Here’s a look at some of the insert-your-pod devices that are being shown at CES 2020, which opens Tuesday at 11 local venues including the Las Vegas Convention Center.

Bartesian makes it simple to make one cocktail — and maybe another of a different kind, and on and on. You fill the four reservoirs with spirits or water as appropriate, pop in a cocktail capsule and direct the strength to mocktail, light, regular or double, then press “mix,” and Bartesian takes care of the rest. The unit is $349.99; six cocktail capsules are $14.99 , with a Classic Collection including whiskey sour, Long Island Iced Tea, margarita, cosmopolitan and Uptown Rocks. Larger packs and subscriptions are available at bartesian.com.

For beer lovers, InTheKeg is a smart brewery platform. You put a SmartKeg in the machine, add a dry hopping ingredient bag to the hopping container and press a button; the machine ferments and ages the beer and stores it at the optimum temperature for serving. It holds 10 18-liter kegs, for 10 beer choices. No word yet on price or when it will be available.

Baby Breeza offers a line of devices for making it easier to feed your baby, and the Formula Pro Advanced is a sort of Keurig for babies. Powdered formula goes into the top hopper, water into a removable, dishwasher-safe tank. The rest is done with digital controls: There are three warming settings, sizes in 1-ounce increments from 2 to 10 ounces and a water-only option. And it fits any size or type of bottle. It’s regularly $199.99, currently 20 percent off, at babybrezza.com.

If you’ve ever dreamed of having your own olive-tree grove and pressing your own oil, Fresco may be as close as it comes. The company fast-freezes olive oil in “gems,” which are roughly shaped half-spheres. Insert a gem or gems, press a button, and voila — the aroma and flavor of fresh-pressed oil. The gems come in three flavors/intensities, “Allegro,” “Vivace” or “Adagio,” or a trial pack of all three, priced at about $33 for 10. The device is about $88 at oliofresco.it.

Heliponix says its GroPod, which it calls a “Keurig for food,” can supply a full serving of leafy greens daily. Insert a seed pod, the device takes over, and in about a month the plant is mature. You can grow up to 60 plants in a space roughly 2 feet square. Heliponix says it sold out of beta prototypes last year but is taking orders at gropod.io. Current seed varieties include romaine, spinach, arugula, cress, Red Russian kale and a number of herbs, plus a blank pod for your own seeds. The device is $1,995.

Miravel’s hanging wall gardens — another in the “counter to table” category — handle the water, light and nutrient needs of the plants. This time you’re using seed squares, which come in leafy greens, fruits, vegetables, flowers and succulents, as well as plants such as chamomile and CBD/hemp. The Simple Garden, $395, is listed as currently sold out at miravel.life.