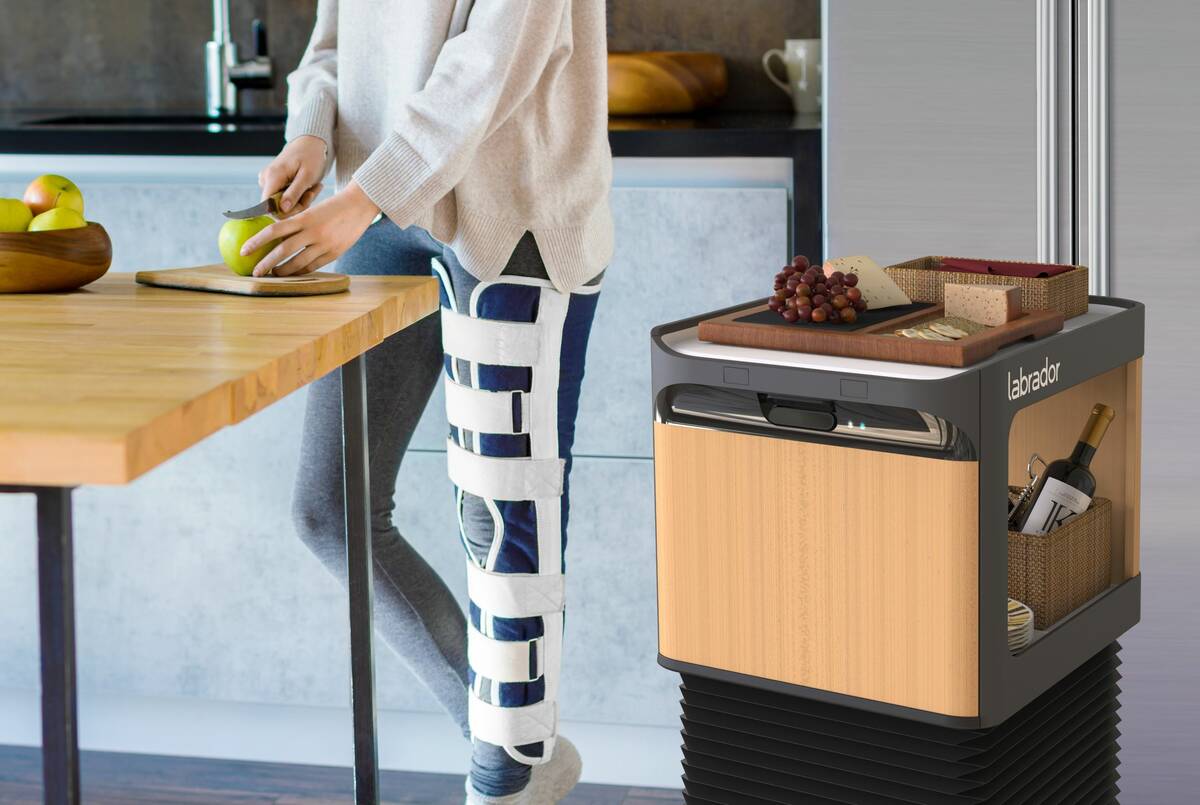 The Labrador Retriever is designed to lighten the load for millions of Americans who have chronic pain, injury or other health issues that impact their daily activities. Full production of the self-driving and retrieving robot is expected in the second half of 2023. (Image courtesy of Labrador Systems).

A labrador retriever at CES 2022 can sit, stay and fetch like its animal namesake, but it’s no dog.

Labrador Systems, an early-stage robotics company, introduced the Labrador Retriever, a personal robot that intends to give people with chronic pain or other health issues more independence by acting as an extra set of hands in the home, according to a news release Tuesday.

The robot functions like a moving shelf that’s large enough to carry a laundry basket on top and other small items on the lower ledge. The retreiver has self-adjusting height capability and can automatically grab and place the brand’s trays on its surfaces.

Labrador Systems CEO Mike Dooley said the robot is meant to help people whose health makes physical tasks difficult to complete by empowering them to be active and do more on their own through the help of a personal robot.

“There’s a significant portion of our society that’s massively underserved,” Dooley said in the release. “When pain or other health issues start interfering with your ability to move yourself or other things, even short distances can have a major impact on your independence, quality of life and overall health.”

Labrador will demonstrate the robot at the three-day international consumer electronics show, at booth #52049 in The Venetian Expo. The company plans to have the robot in full production by the second half of 2023. A beta version of the robot may be available earlier for early pricing, estimated to be $6,863 through a three-year payment plan.

The three-day international consumer electronics show — cut back from an initial four-day run — opens Wednesday at several convention venues across the city and also is being offered virtually. Some 2,200 exhibitors are planning to be on the CES show floor in person, according to the Consumer Technology Association, which produces the trade show.