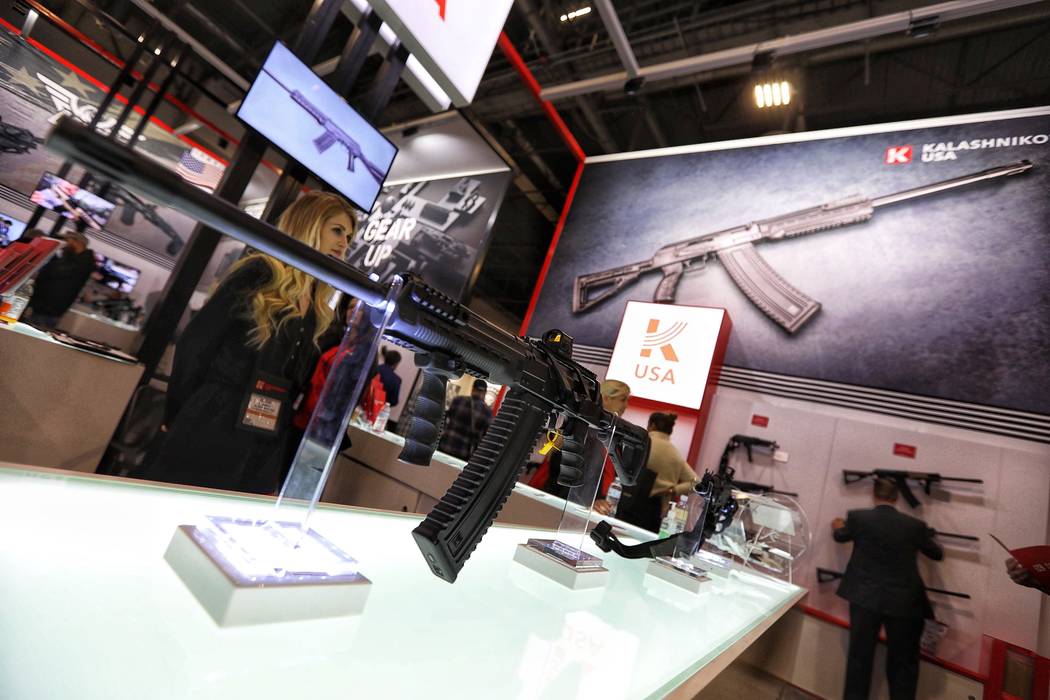 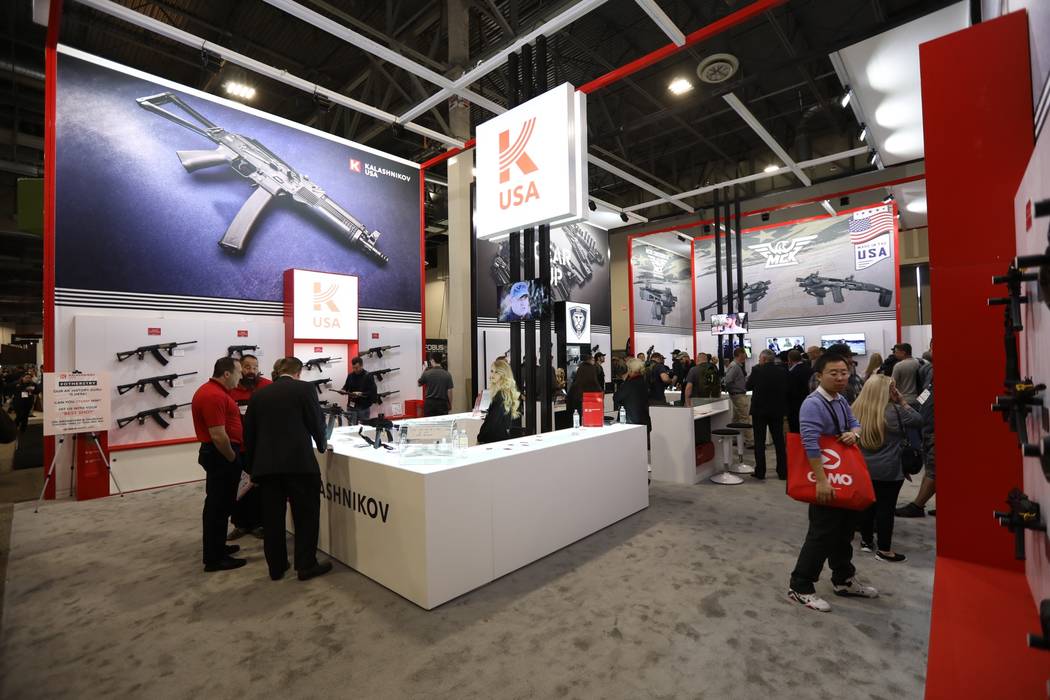 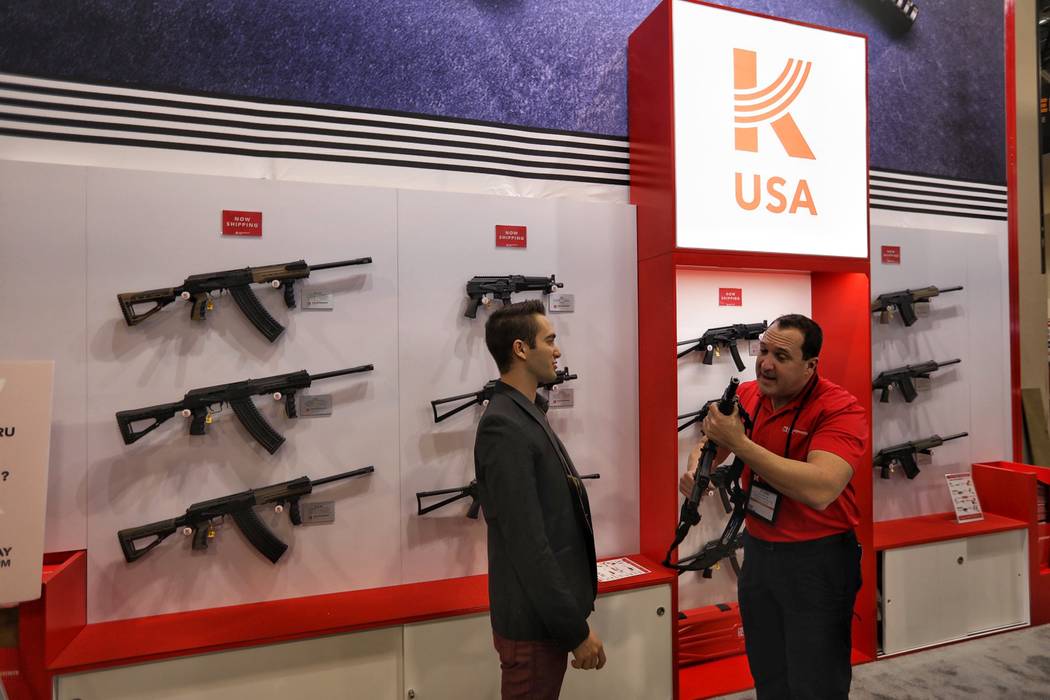 Kalashnikov USA, a Florida-based producer of Russian-designed weapons, said it might begin exporting products this year as sanctions hamper sales from the original Soviet-era manufacturer.

The Russian company had agreed months earlier to supply up to 200,000 guns annually to its U.S. importer for the civilian market. Kalashnikov Concern’s AK-47 is one of the world’s most popular firearms.

“All of our production is currently back-ordered for United States only. We have had several inquiries regarding export, and when the time is right, we will go through the appropriate channels,” he said.

Allies have joined the U.S. in imposing sanctions on select Russian companies and individuals, potentially opening up markets to Kalashnikov USA that were once supplied by Kalashnikov Concern. However, buyers will have to pay up.

U.S.-made models cost about 30 percent more than their Russian counterparts, in part because of the higher cost of labor, Mossberg said.

Kalashnikov USA is now focused on ramping up production of its semiautomatic AK-style rifles that retail for between $1,250 and $1,350 as well as building out a wholesale distribution network in the U.S., said Bill Gentry, vice president of sales and marketing.

U.S. sales of Russian-made Kalashnikovs spiked in 2014 after sanctions were imposed as collectors and sport shooting enthusiasts rushed to get one before they disappeared.

”When possible the firearms buying community tends to gravitate more towards originality. It gives them peace of mind and adds to the long-term value,” said Blaine Bunting, CEO of Maryland-based Atlantic Firearms, one of the largest sellers of AK weapons in America.

Blaine Bunting, CEO of Maryland-based Atlantic Firearms, one of the largest sellers of AK weapons in America, expects the USA-made clones to do well. Gun buyers in America have no other option as Kalashnikovs made in Russia will likely never be imported again, he said.

The USA-made clones are also well built compared with other Kalashnikov-style copies on the market, he added.

“We weren’t expecting a lot, but when the (Kalashnikov USA) guns came in, we were pleasantly surprised,” Bunting said. “They have done a remarkable job with the quality and finish.”

Mossberg declined to discuss potential U.S. production and sales figures. The company has more than 25 employees and continues to hire, he said.

He said gun manufacturers sometimes rush to get new product to the market, resulting in quality-control issues. He expects Kalashnikov to exercise caution.

“They are going to take it slow and steady,” said Bunting, who has given the company feedback on their products.

Kalashnikov USA models are sold locally at Discount Firearms &Ammo in Las Vegas and DNA Tactical in Henderson, according to the Florida-based company’s website.

Discount Firearms said they have a policy of not speaking to the news media. Calls to DNA went unanswered Friday.

Though just one of many gun manufacturers in America, Kalashnikov USA has not escaped controversy.

Protesters rallied outside the company’s facility in February to protest gun makers after the mass shooting in nearby Parkland that left 17 people dead.

Bloomberg reported in March that the U.S. Attorney’s Office for the Southern District of Florida was investigating ties between the American and Russian companies.

“There is no relationship. We don’t even recognize each other’s trademarks,” said Mossberg, who joined the company in July as part of a management change.

”There is no investigation that I am aware of,” he said.

Sarah Schall, a spokeswoman for the U.S. Attorney’s Office, said it does not comment on investigations.

The Treasury Department told Deutch it ”continues to vigorously implement and enforce” U.S. sanctions on Russia but ”cannot confirm or deny” the existence of an investigation against Kalashnikov USA.