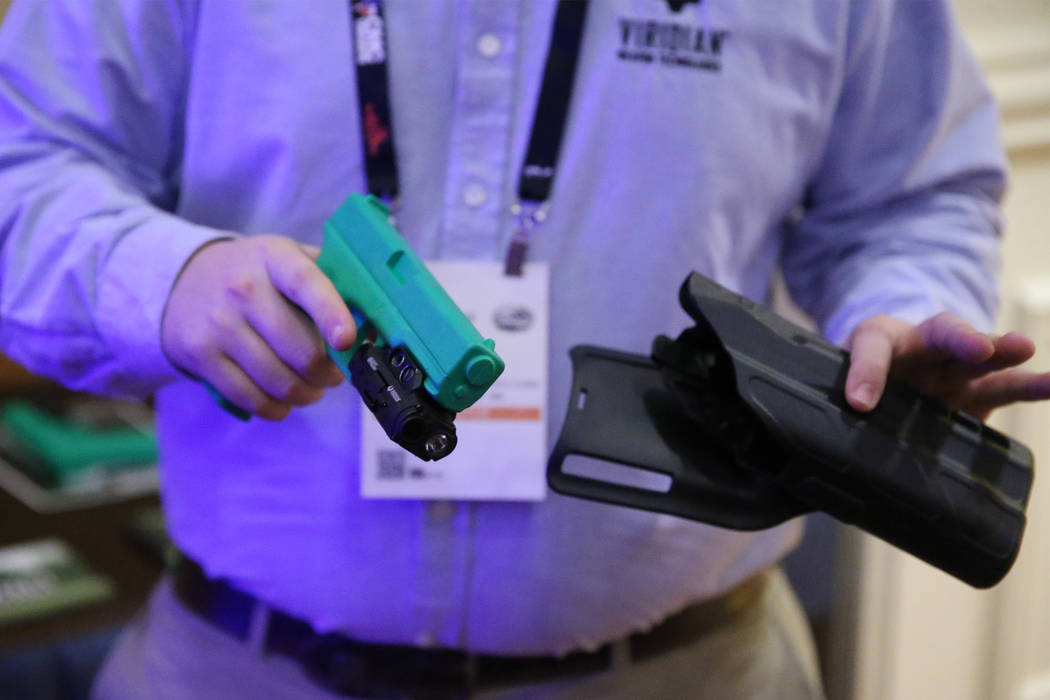 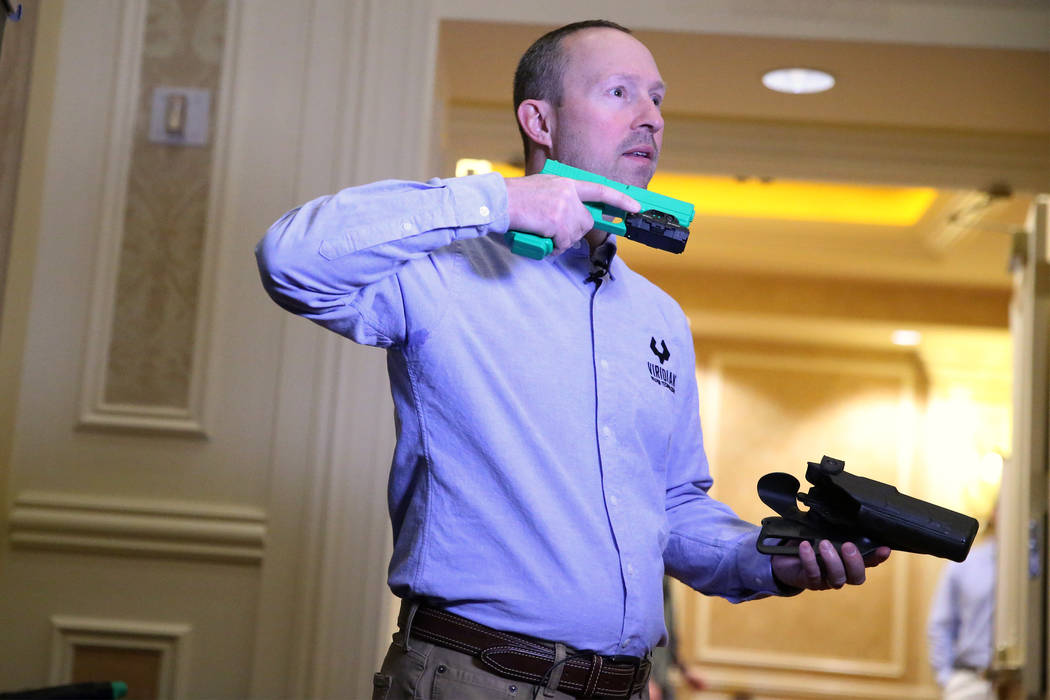 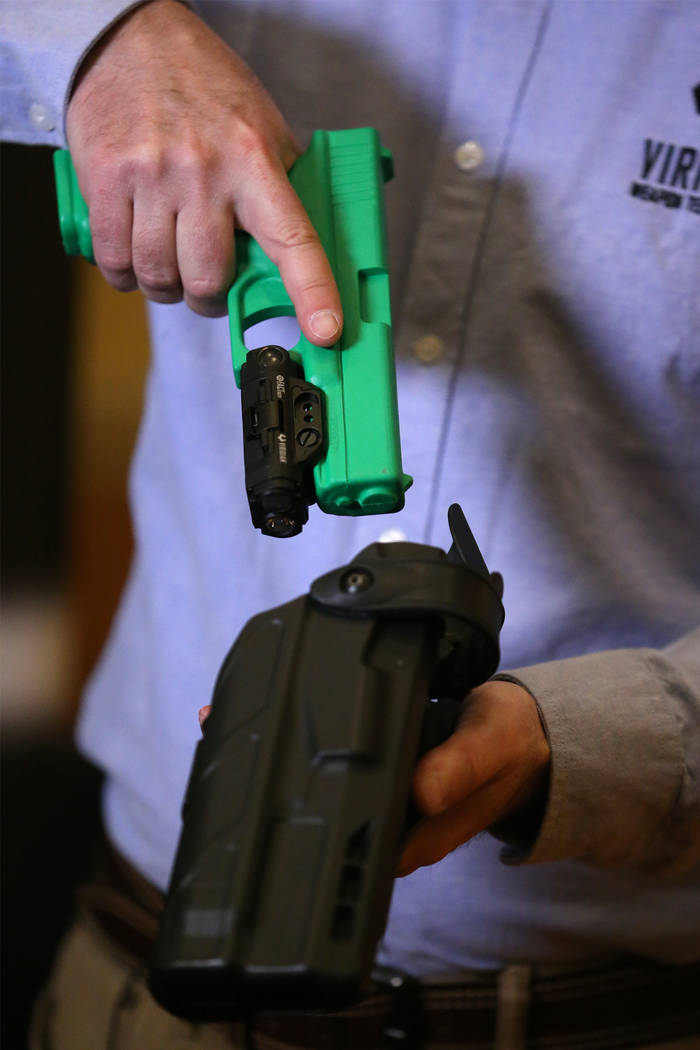 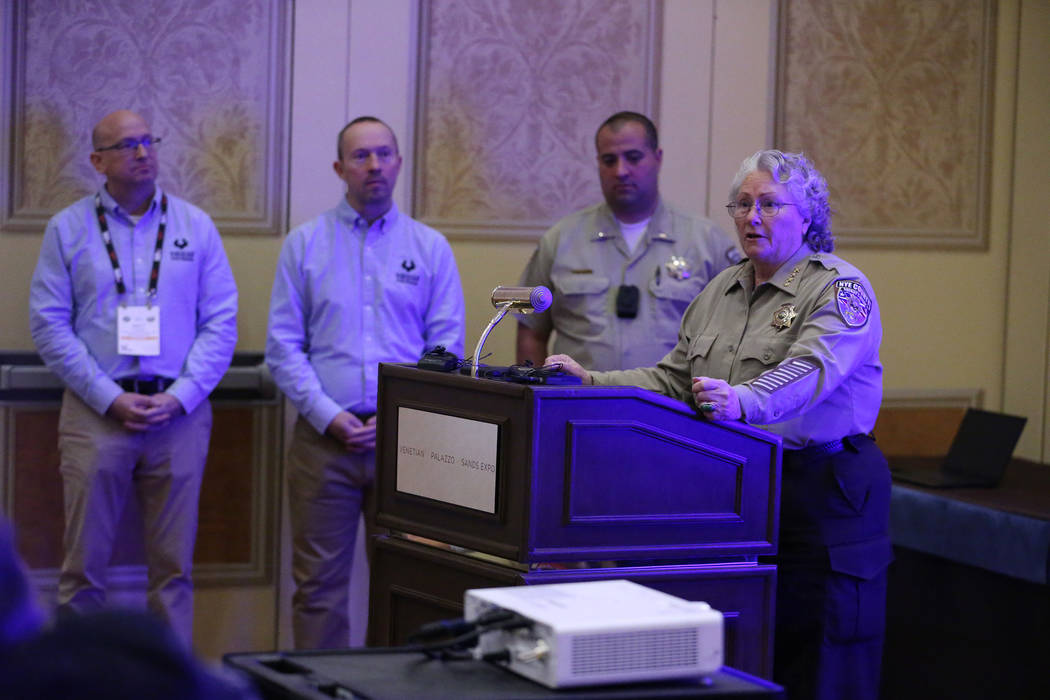 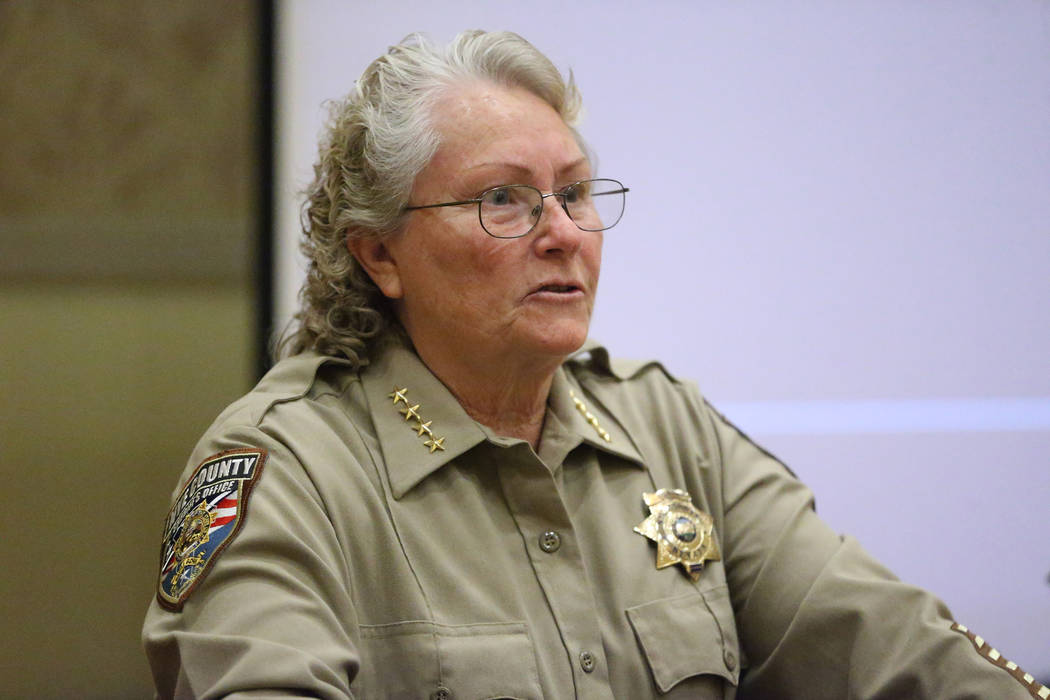 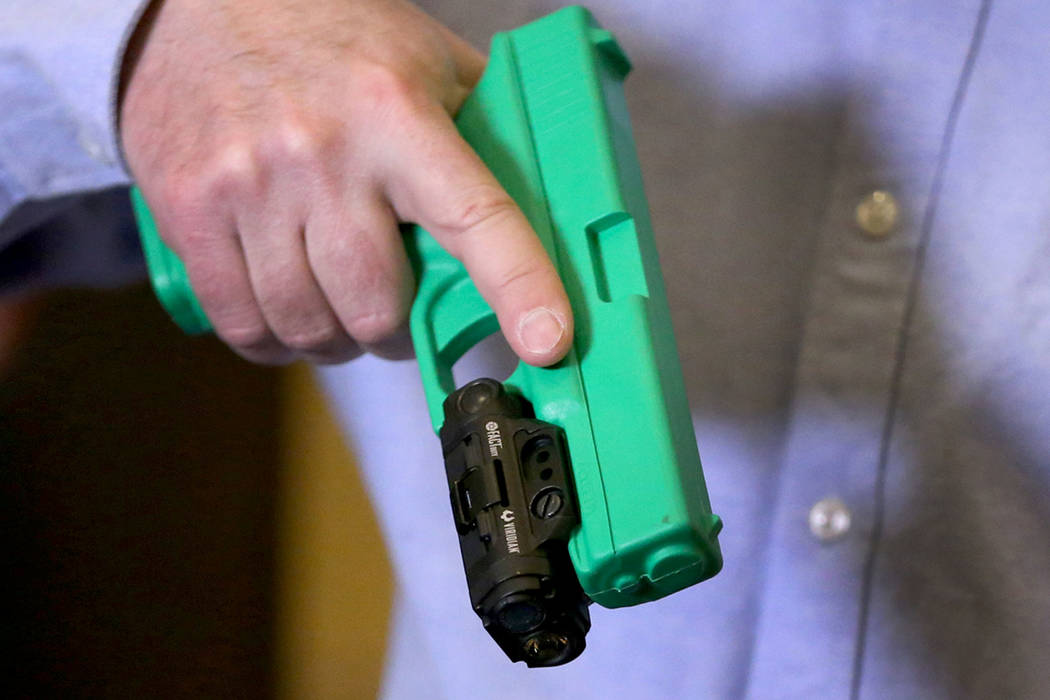 The two departments join about 400 other U.S. law enforcement agencies testing the new technology, according to Viridian Weapon Technologies, a Minnesota-based manufacturer of arms industry accessories.

The U.S. has experienced several deadly officer-involved shootings over the past few years that have led to riots amid questions over what transpired. The shootings have led to police forces around the country wearing body cameras.

However, the body-mounted cameras sometimes don’t capture a shooting because they are either not turned on or have their line-of-sight blocked by an officer’s arms. The gun-mounted camera automatically records when it is pulled from its holster.

“We are testing this new product that I think is going to (revolutionize) the way law enforcement uses their firearms,” Nye Sheriff Sharon Wehrly said at a press conference Wednesday.

Wehrly spoke at The Venetian, where Viridian is exhibiting its products at the Shooting, Hunting and Outdoor Trade Show this week. About a quarter of the trade show’s exhibit space is dedicated to law enforcement equipment.

Metro was unable to provide comment before the publication of this story.

Viridian General Counsel Matthew Plowman said the company’s research indicated that body cameras captured key evidence in officer involved shootings just 37 percent of the time. The camera was not turned on in 11 percent of those cases, he said.

A camera-mounted gun, which turns on automatically in under a second, would have captured the moment officers fired their weapon in 86 percent of those cases, he said.

“When we the saw the problems arising around the country from officer involved shootings, we recognized the necessity of having automatic, unobstructed views,” said Viridian CEO Brian Heeden. “We hope it can bring transparency to these controversial events.”

Metro had 22 officer-involved shootings last year. A police officer’s body camera was not turned on in at least one of the shootings.

Nye County will test the product for an additional three months before making a decision, said Lt. David Boruchowitz. Gun-mounted cameras would be used alongside body cameras and not replace them.

Outfitting the entire force with the cameras and holsters would cost about $75,000, said Plowman. Nye County has about 80 police officers excluding penitentiary officials.

Boruchowitz said the need for a gun-mounted camera was demonstrated last month during an officer-involved shooting in the county. The officer in that case was on the floor so his body camera picked up “zero good usable footage,” he said.

Nonetheless, Boruchowitz had praise for the body cameras, which Nye Country began using in 2017. He described them as a “godsend” in resolving claims of abuse against the penitentiary force.

Officers carrying cameras on their body and guns will enhance transparency and protection of citizens as well as officers, said William H. Sousa, a UNLV professor and director of the Center for Crime and Justice Policy. However, it is not a panacea, he said.

“There are limits to any technology. We have to realize the technology gives us more information but doesn’t necessarily give us all the answers to these sometimes controversial interactions,” he said.