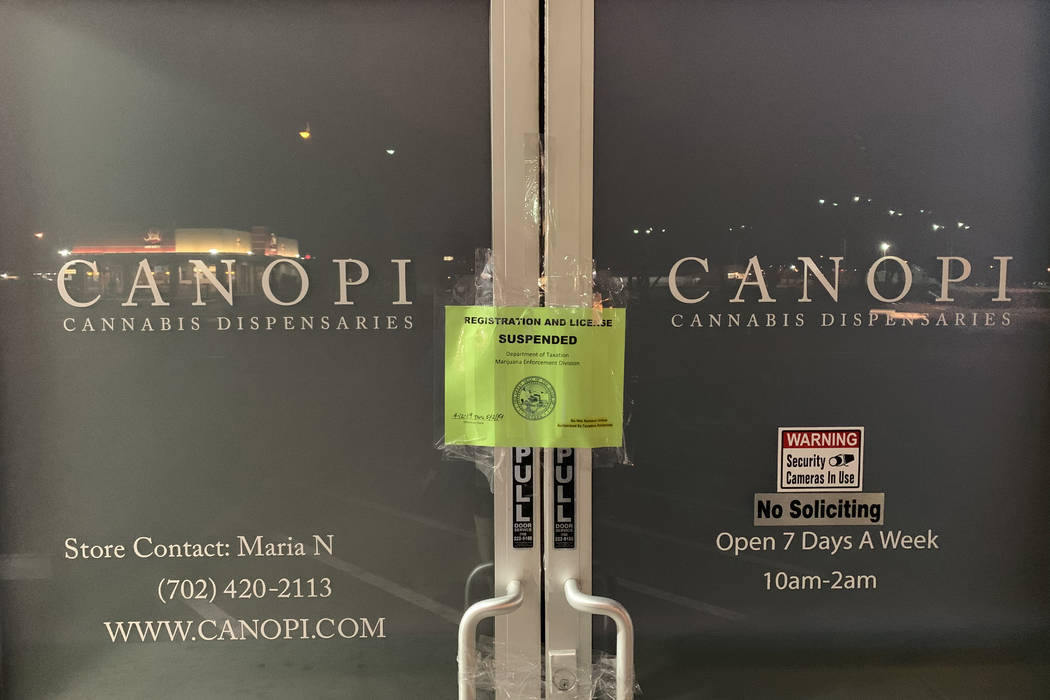 However, it is unclear if U.S. Bankruptcy Judge Mike Nakagawa will even have jurisdiction to consider a company involved in the cultivation, production and sale of marijuana, which is still illegal under federal law.

CWNevada, one of Nevada’s largest cannabis companies, is facing 10 lawsuits from investors, makers of edibles, partners, a landlord and workers over failure to pay or pay on time.

Separately, a judge recently ordered CWNevada to pay its former consultant $4.9 million, while the Nevada Department of Taxation shut two of its dispensaries in Clark County for failure to pay taxes.

There have been four temporary suspensions of marijuana dispensary licenses and certificates in Clark County since 2016, according to the Department of Taxation.

Filing for bankruptcy will enable CWNevada to reorganize its business. CWNevada’s licenses alone are worth tens of millions of dollars.

The bankruptcy filing automatically puts a stay on all legal proceedings against the company, including receivership as well as eviction. Renaissance Blue Diamond is suing to evict CWNevada from its southwest Las Vegas dispensary.

“I think CWNevada is exploring all possible avenues before it comes to a conclusion about how the company needs to act moving forward,” said Jason Wiley, who is representing NuVeda, CWNevada’s partner in the two shuttered dispensaries.

CWNevada CEO Brian Padgett did not respond to a request for comment. On Tuesday, he said the company will “always strive to be good license holders.”

Department of Taxation Director Melanie Young said “challenges are expected as the marijuana industry evolves in the competitive marketplace.”