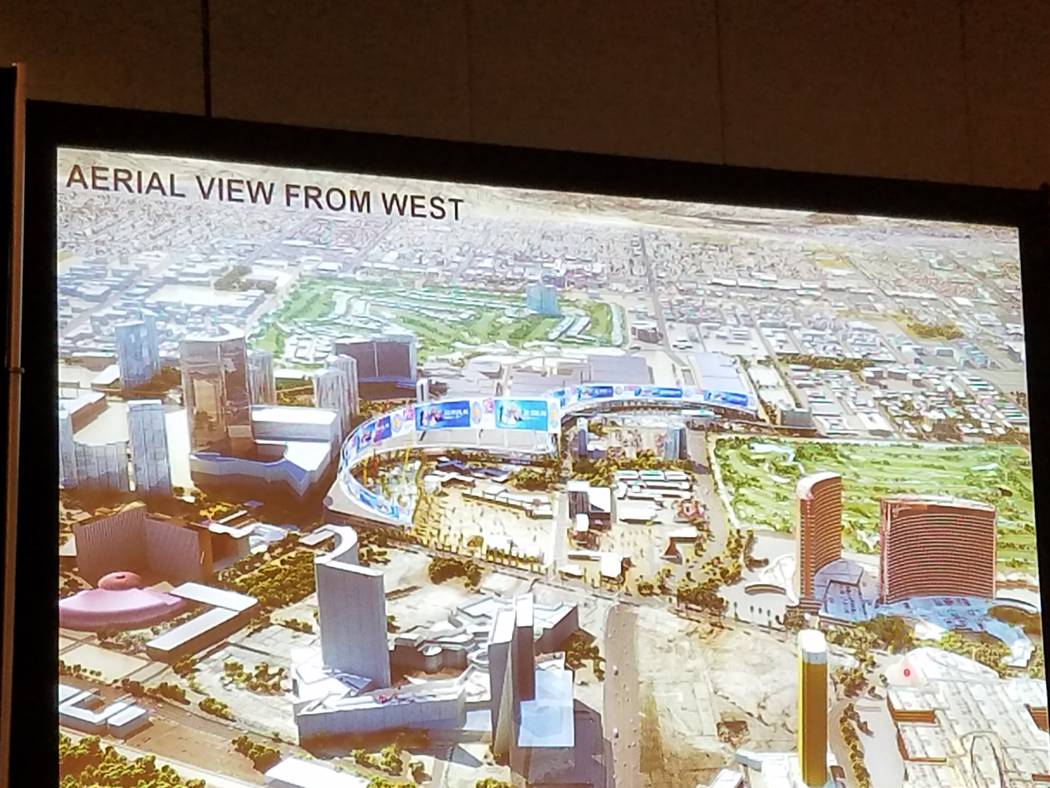 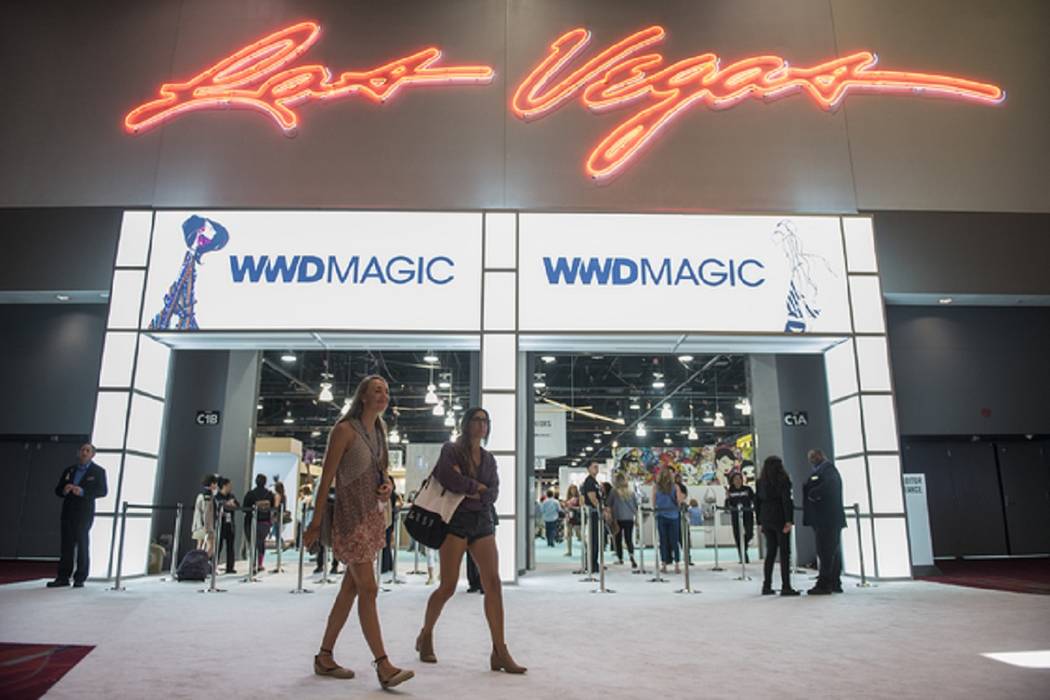 A sweeping V-shaped design with a modern framework reminiscent of today’s suspension bridges?

A towering peaked screen that could project images just like the Fremont Street Experience?

Or maybe something completely different that offers some shaded outdoor space, a rooftop park setting that, by the way, saves $100 million from the originally projected cost?

Three nationally recognized architects and designers offered their visions of what the $1.4 billion Las Vegas Convention Center expansion could look like Wednesday in a marathon meeting involving two public boards.

A panel of evaluators scored each presentation and will make a recommendation to the committee, which will forward its own recommendation to the full Las Vegas Convention Center board of directors when it meets Nov. 7. The LVCVA board is expected to award the design contract at its Nov. 14 meeting, and a groundbreaking could occur early next year.

The three design competitors are the following:

The three design teams had six weeks to work on their presentations. Eight teams initially expressed interest in the project, and six delivered details in a request for proposals. The three finalists were notified 45 days ago, and they were each given 2½ days to meet with LVCVA staff and convention center customers.

Each finalist qualified to receive $250,000 from the LVCVA, and their proposals will become the board’s property.

The process of hearing the design proposals presented an unusual procedure to comply with the state’s open-meeting law. Thanks to the flexibility of the convention center, the meeting shuffled from room to room for participants to hear the three different design proposals.

RV Architecture presented a plan that incorporated a design with a mast and cable system and natural lighting centered near a new 600,000-square-foot exhibit hall. An upper-level food court offers expansive views of the Convention Center campus, and an elevated people-mover would transport people between the far reaches of the center.

TVS Design, whose partners have participated on the UNLV Lied Library, T-Mobile Arena and McCarran International Airport Terminal 3 projects, offered a plan with a peaked overhead video screen system off Convention Center Drive. Partners said one of the strengths of the plan would be the ability to order fabricated steel almost immediately to avoid any potential delay for a CES 2021 opening. One of the design’s partners has recommended use of a 20-passenger autonomous vehicle to move conventioneers around the campus.

Representatives of Populous offered a design along a diagonal from the South Hall northwest to Las Vegas Boulevard that repurposed existing halls and parking lots and added more exhibit space than initially proposed. It was pitched as a design incorporating a look that large convention customers want and the company said the design would come in $100 million under budget giving the LVCVA options on what other amenities, including a rooftop park, could be added.