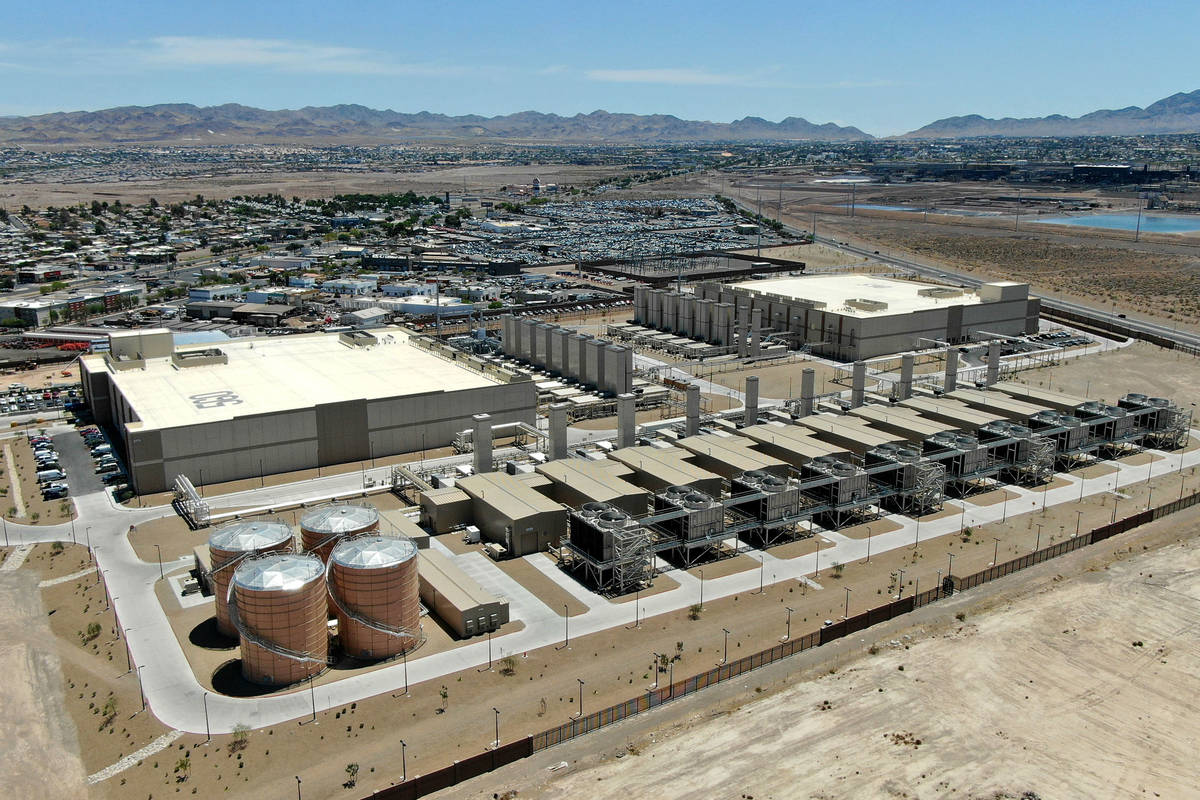 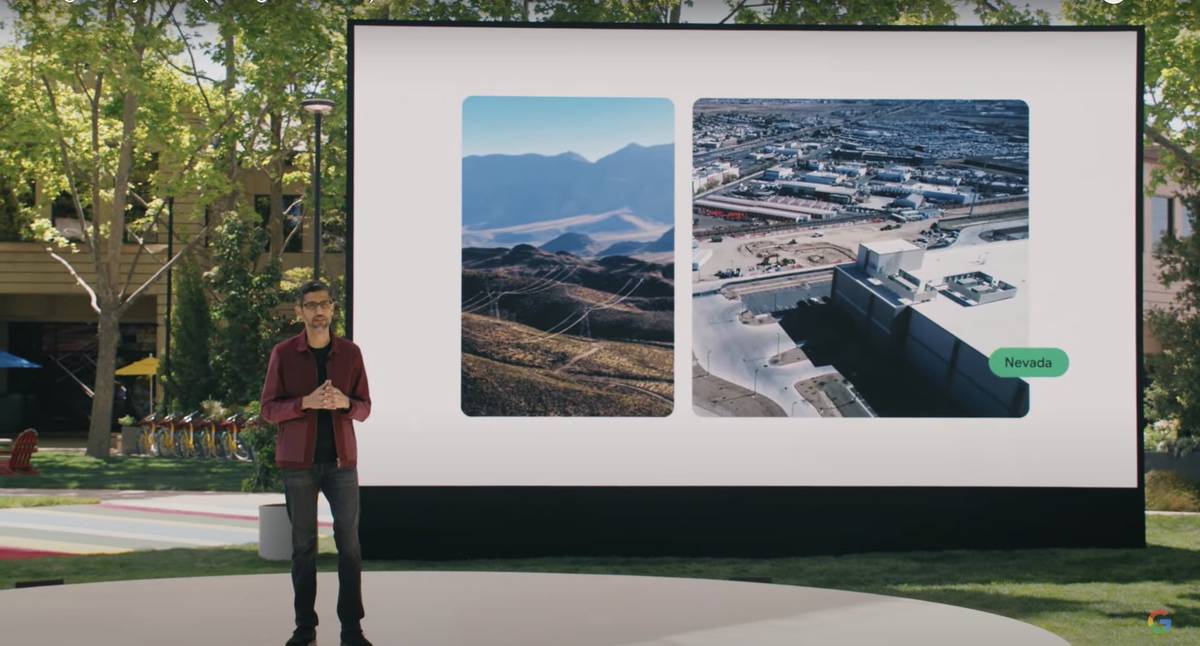 Screenshot of Google keynote address in which CEO Sundar Pichai announced May 18, 2021, that the company will develop a geothermal power project in the Silver State to power its Nevada data centers. (Jonathan Ng/Review-Journal) 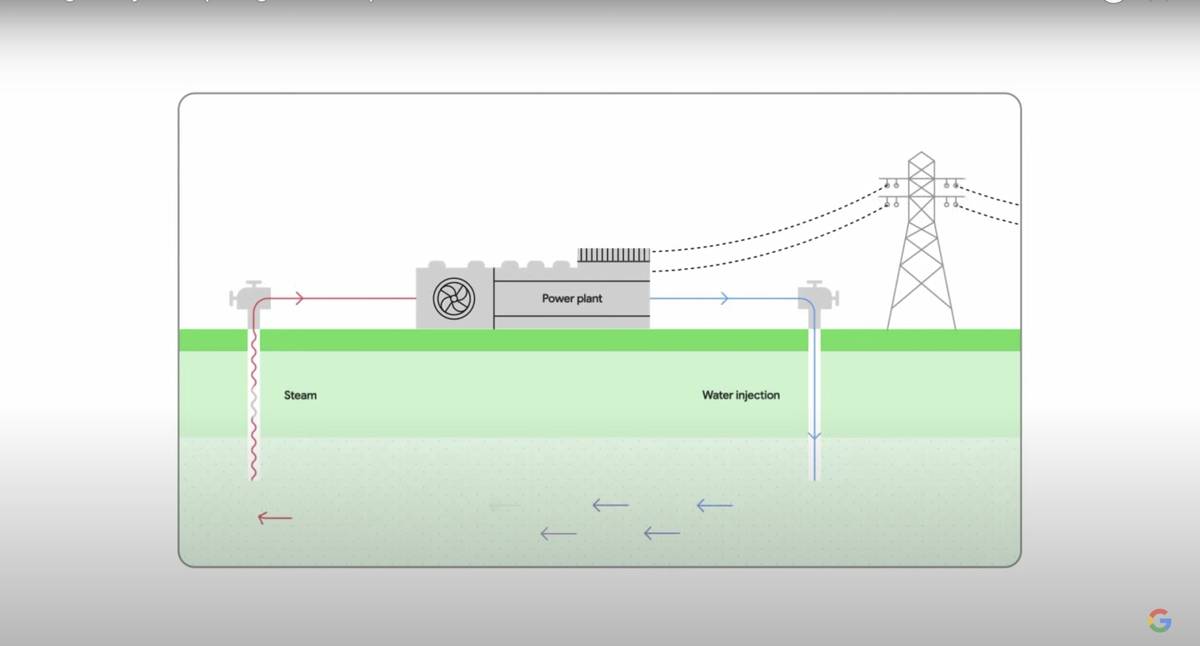 Screenshot of Google's presentation slide May 18, 2021 of how geothermal energy is usually harnessed. (Jonathan Ng/Review-Journal) 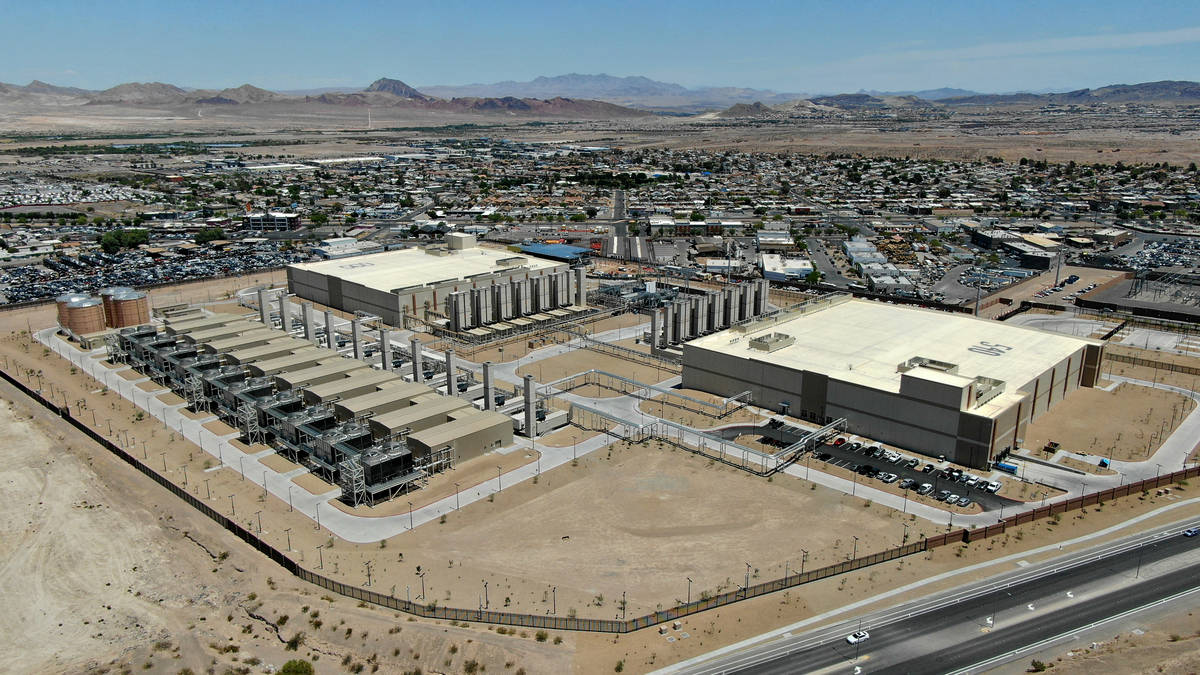 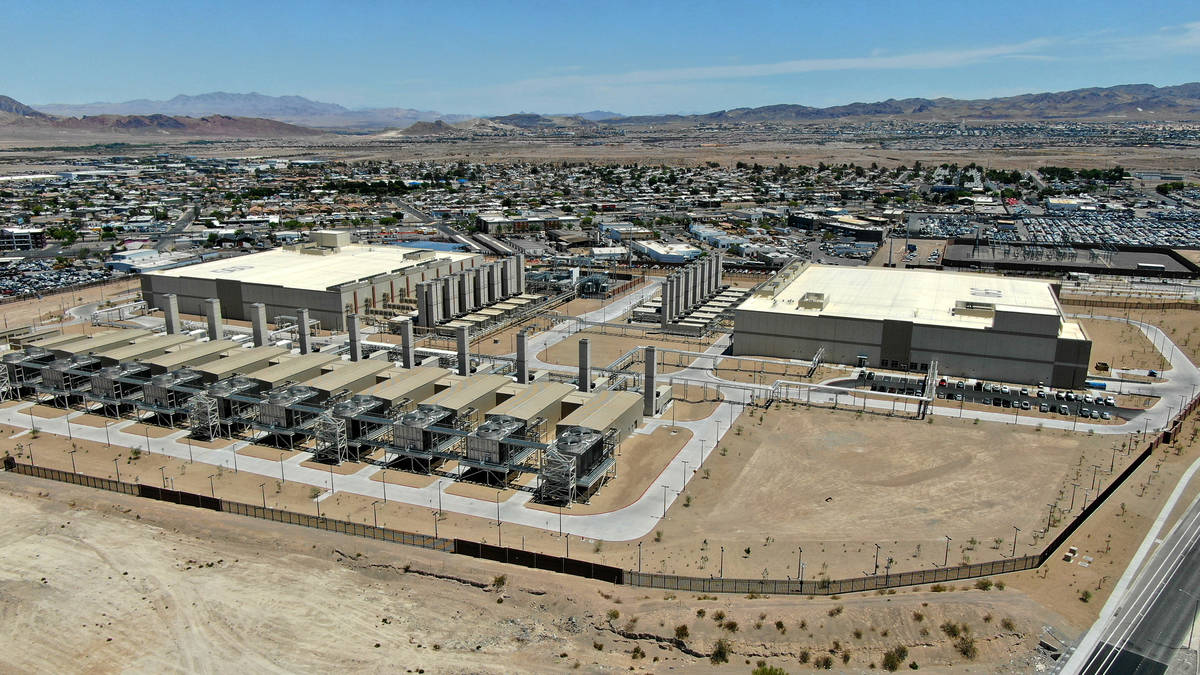 The initiative, announced during an annual developer conference, will add carbon-free energy to the electric grid that serves Google’s data centers and infrastructure throughout Nevada, including the company’s Cloud region in Las Vegas.

“To reach 24-7 (carbon-free energy), we also need to go beyond wind and solar and tap into sources of on-demand clean energy like geothermal,” Google CEO Sundar Pichai said Tuesday. “It’s not widely used today and we want to change that. I’m excited to announce that we are partnering to develop a next-generation geothermal power project. This will connect to the grid, serving our Nevada data centers starting next year.”

In a nutshell, geothermal power plants works by drilling deep into the earth to access the heat energy: Typically, hot water is pumped from through a well under high pressure from wells as deep as 1 or 2 miles underground. When the water reaches the surface, the pressure drops and turns into steam. That steam spins a turbine that is connected to a generator to produce electricity. The steam is cooled off, condenses back to water and is pumped back into the earth for the process to start again.

“Nevada has plentiful geothermal resources that provide continuous, renewable baseload power,” said Governor’s Office of Energy Director David Bobzien in a statement Tuesday to the Review-Journal. “It’s exciting to see procurement announcements like this, and as we continue to move our clean energy economy forward, it signals that Nevada is open for business and climate solutions.”

Google said it is partnering with clean-energy startup Fervo to develop the next-generation geothermal power project.

Fervo will add “firm” geothermal energy to Nevada’s electric grid system in 2022, Google said. Last year, the tech giant laid out an ambitious plan to operate on 24-7, carbon-free energy in all of its data centers and campuses worldwide by 2030. Google said it will become the first major corporation to invest in the next level of geothermal energy.

As part of its agreement, Google said it is partnering will develop artificial intelligence and machine learning that is aimed at boosting productivity of the next generation of geothermal power and making it more effective at responding to demand. Google said the new form of resource will reduce the company’s reliance on fossil fuels.

“Although this project is still in the early stages, it shows promise,” Michael Terrell, Google’s director of energy, wrote in a Tuesday blog post detailing the plan.

Geothermal energy has largely been seen as an untapped potential in the renewable energy space: Unlike solar and wind farms, which are dependent on the sun and wind, geothermal energy can be harnessed 24-7, 365 days. That’s why it’s referred to as an “always on” form of renewable, carbon-free resource. 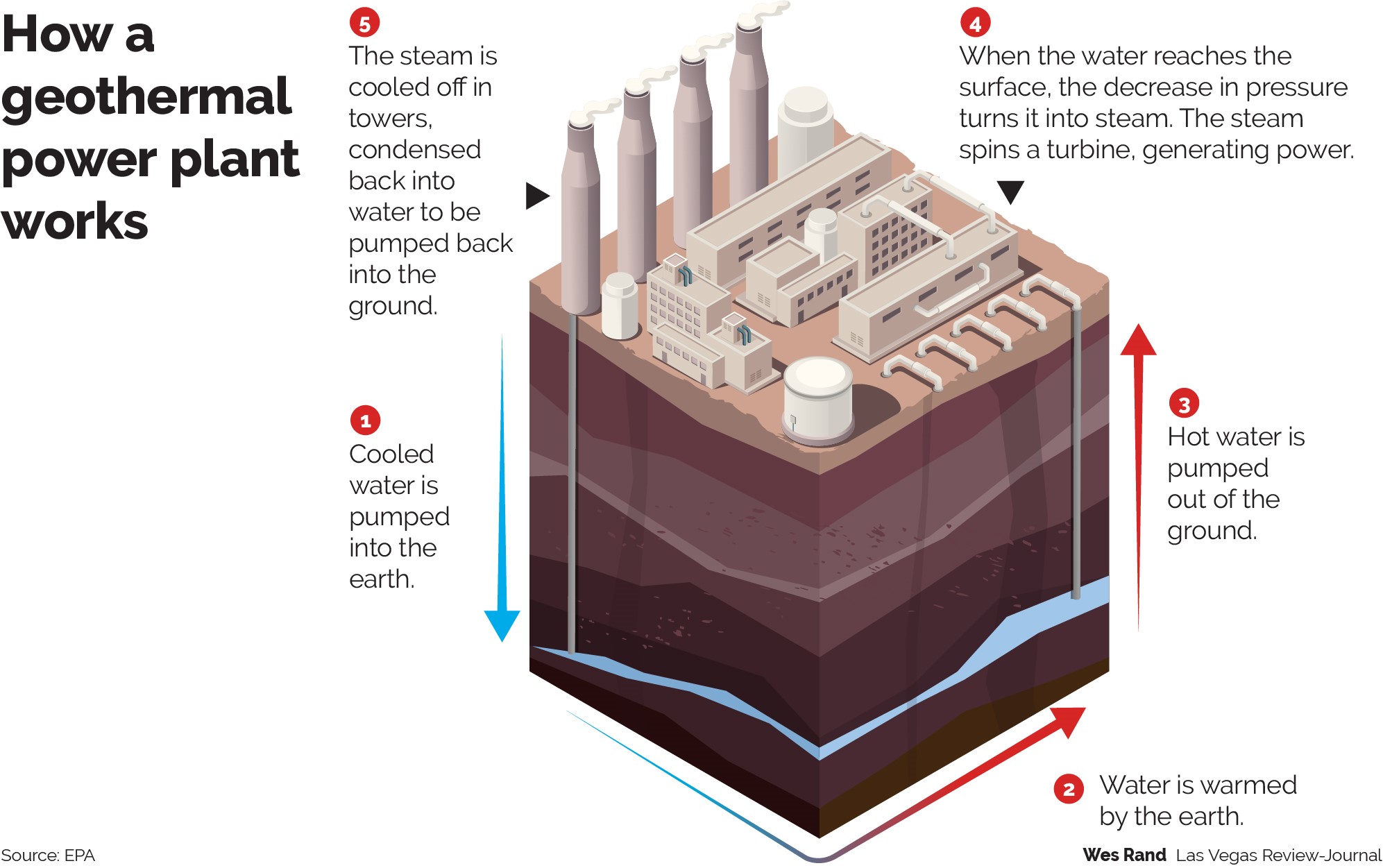 In 2019, the U.S. Department of Energy released a 218-page report that found that if technology and methodology improves, geothermal electric power could increase more than 26-fold from today, reaching 60 gigawatts of installed capacity by 2050.

Google said it will use fiber-optic cables inside the wells so Fervo can gather real-time data on flow, temperature and performance of the geothermal resource. The data will allow Fervo to identify precisely where the best resources exist. And with the AI and machine learning development, the two companies hope to increase productivity.

“Not only does this Fervo project bring our data centers in Nevada closer to round-the-clock clean energy, but it also acts as a proof-of-concept to show how firm clean energy sources such as next-generation geothermal could eventually help replace carbon-emitting power sources around the world,” Terrell said in the announcement.