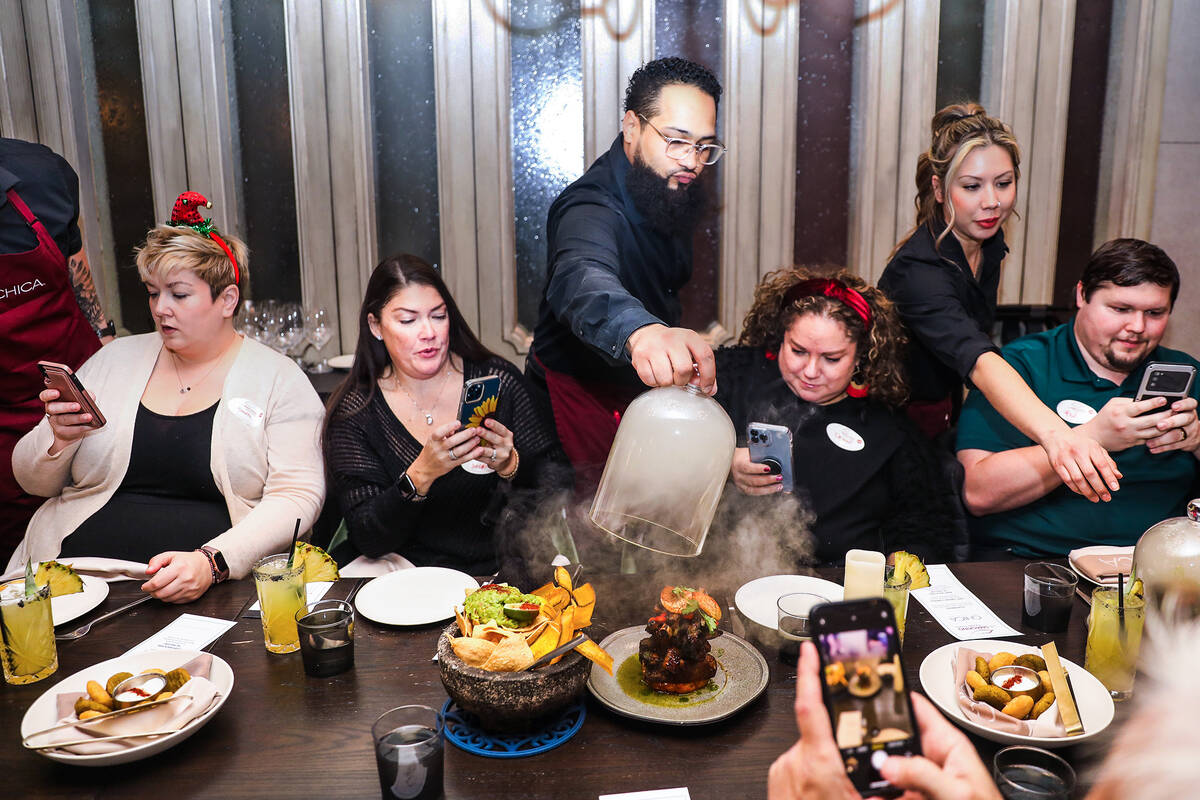 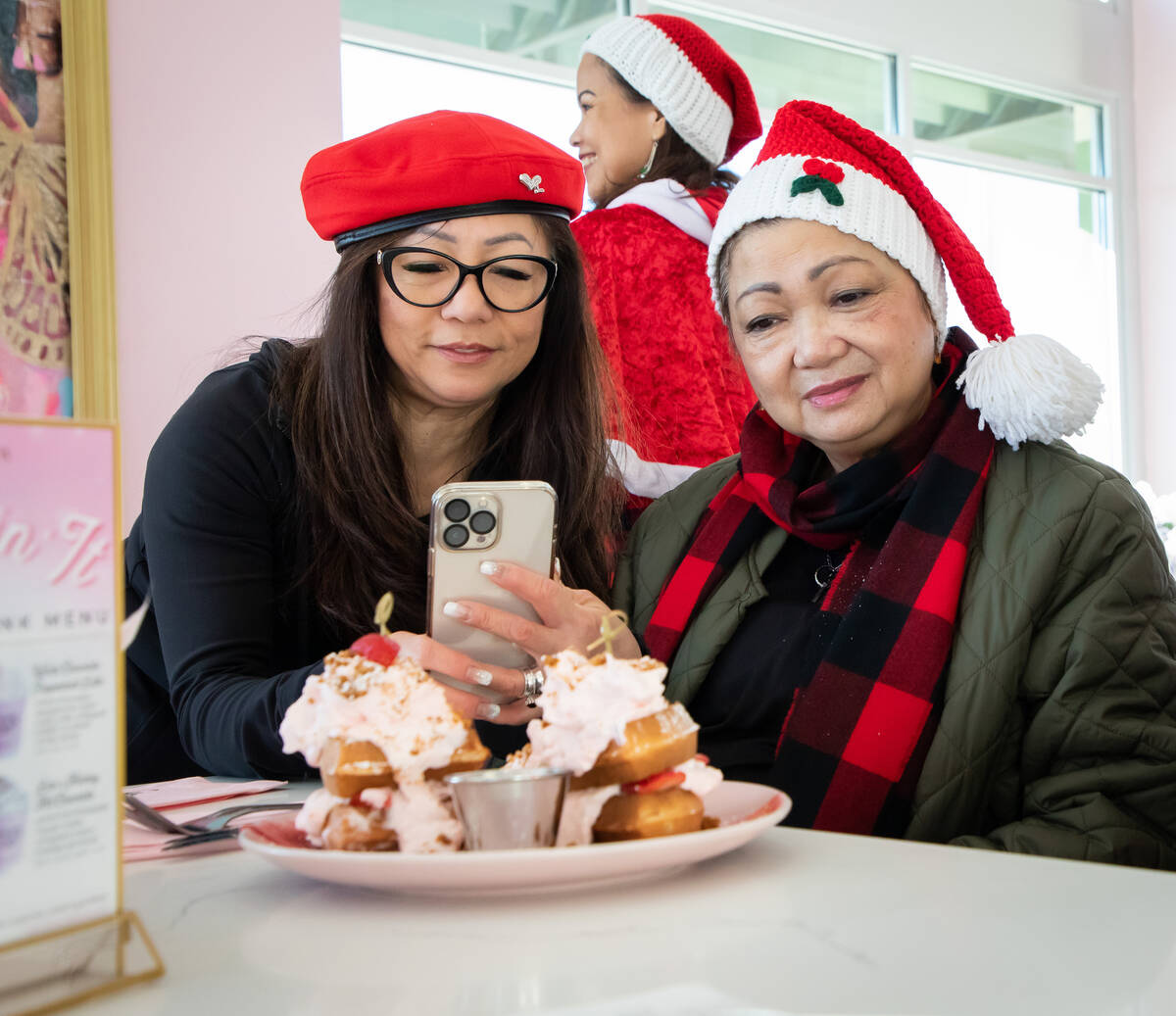 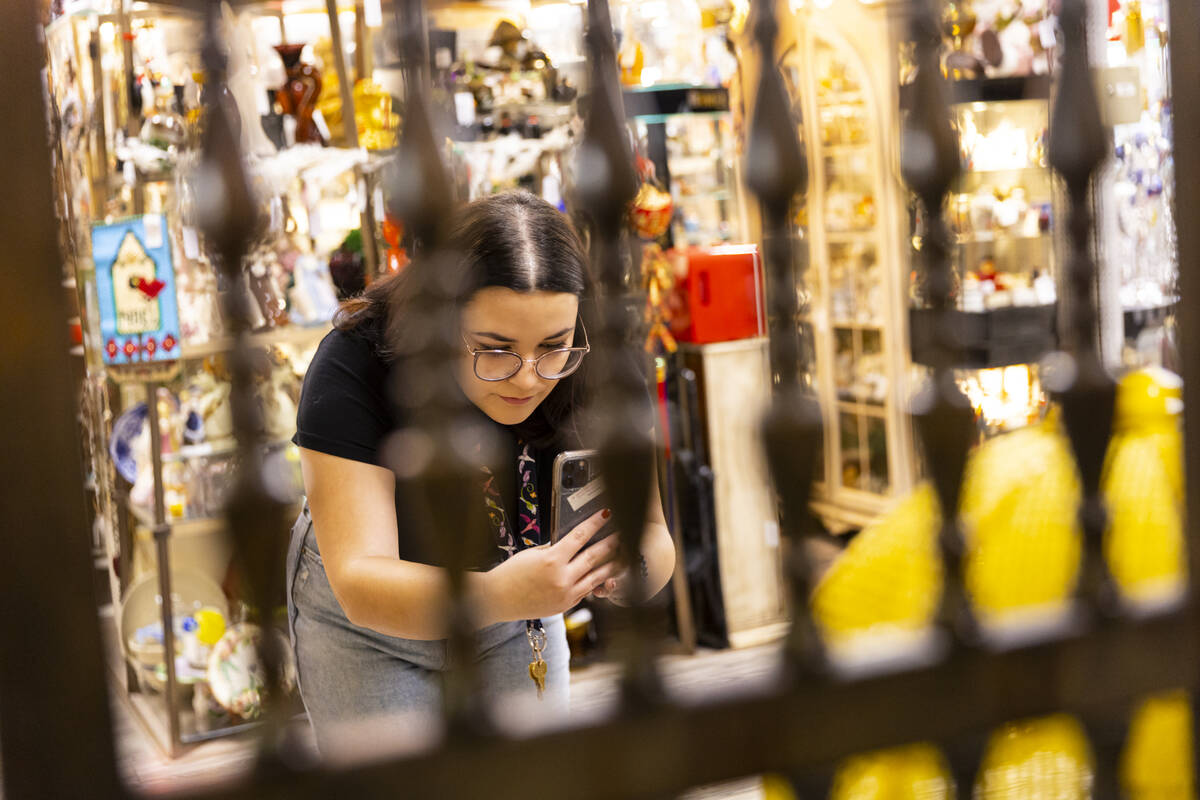 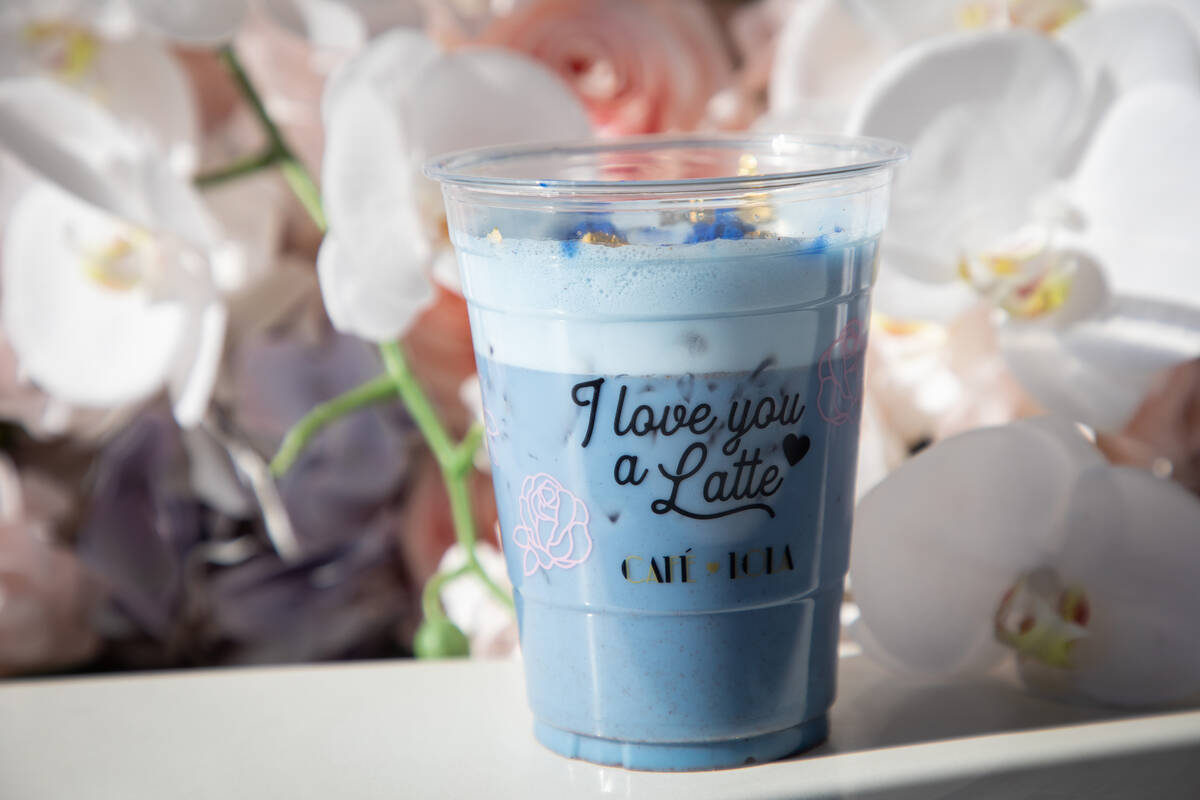 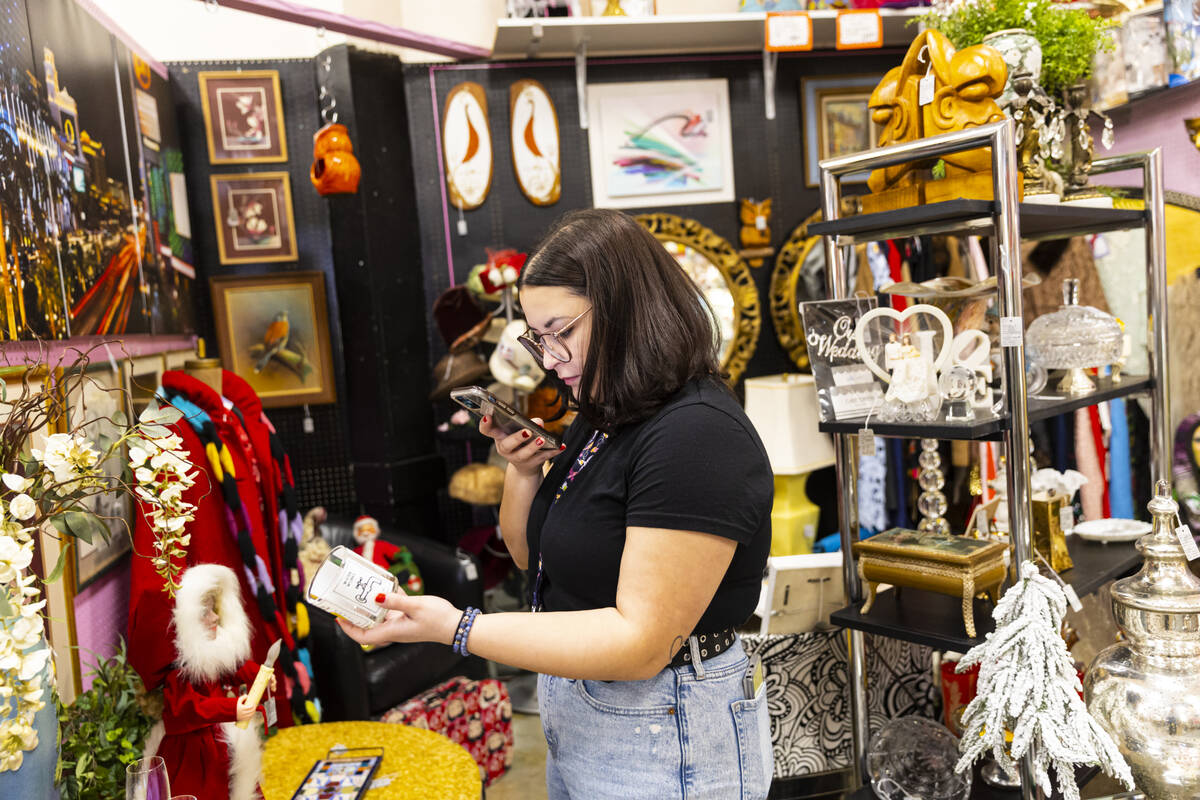 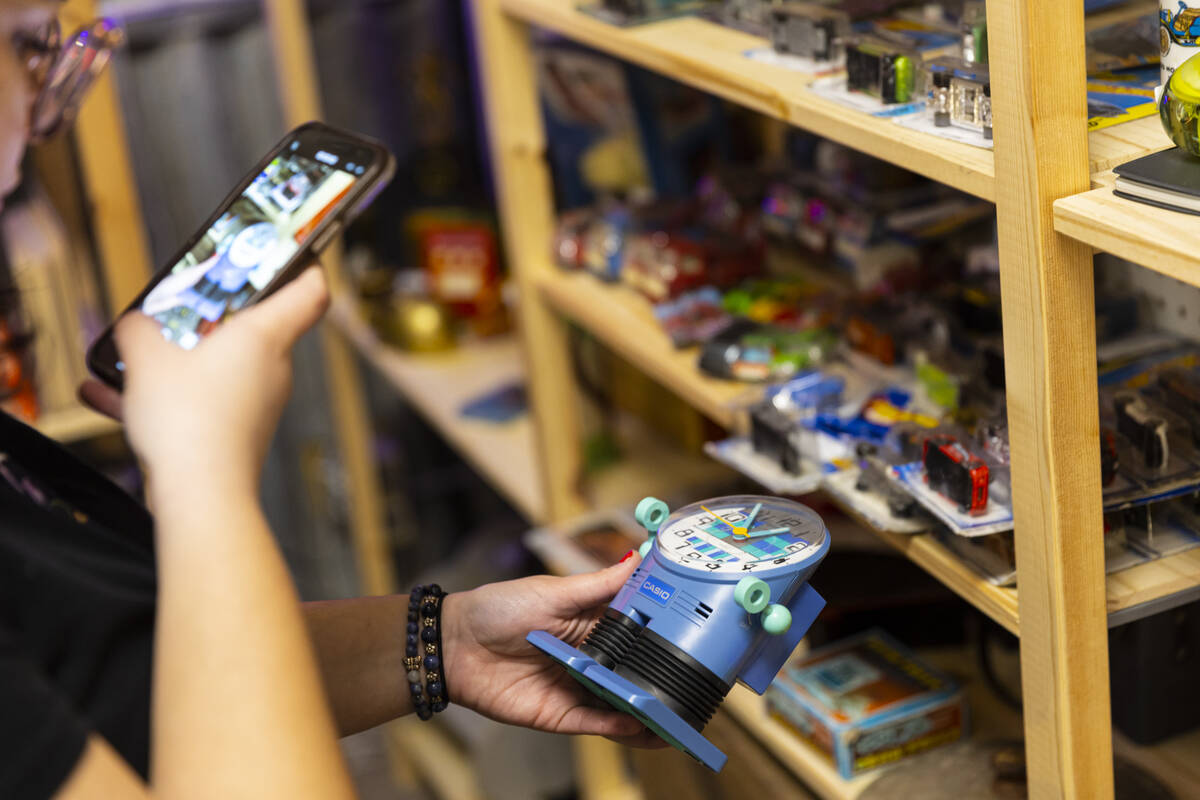 When Rebecca Robledo started her job last year as the social media manager for the Charleston Antique Mall, she had to convince her bosses to get the mall to use one of the most popular social media apps.

“They were very against having a TikTok page,” she said. “I was like, ‘Hey there’s so many businesses on TikTok that are gaining huge audiences from TikTok, and people you wouldn’t get just from other social media platforms.’ ”

She was finally able to create a TikTok account for the store, near Alta Drive and South Decatur Boulevard, and by the end of 2021, the retailer amassed over 22,000 followers. Robledo said its TikTok page has boosted business for the mall, especially drawing customers that don’t live in Las Vegas, with its videos showcasing a variety of vintage and antique goods.

“I think I answer at least 10 (direct messages) a day of somebody asking to get a product shipped to them that they saw on a video,” she said.

But Charleston Antique Mall and other local Las Vegas companies make up a small percentage of businesses that use TikTok to market themselves, even though the platform attracts a younger demographic that tends to buy what they see trending on TikTok.

The study also found 67 percent of Gen Z — those aged 10 to 25 — on TikTok shopped at small businesses featured on the “For You” TikTok page, which is a user’s home screen and offers personalized videos. And 44 percent of all TikTok users said after seeing a product on TikTok they went immediately to buy it.

In 2022, the platform had an estimated 94.1 million monthly users in the U.S., according to Insider Intelligence — despite a recent wave of state and federal agencies banning use of the app on government devices because of potential security risks.

Tapping into the tourist market

Jennifer Gay managed the social media and TikTok page for Lip Smacking Foodie Tours, which has more than 75,000 followers.

Gay, who also runs her own TikTok account, @VegasStarfish, detailing the best places to shop, said the platform’s impact on businesses in Las Vegas is growing because of how people want to get information.

“People listened to the radio in their car, they watched commercials on TV, and they consumed print media and that has completely changed,” Gay said. “People are busy and they want short, concise doses of graphic information that impacts them and inspires them.”

“My restaurant partners are telling me that when Jen goes and does content with (them) … they’ll sell the item (promoted) out,” Contusi said.

Lin Jerome and Alexandra Lourdes started Cafe Lola in 2018 — which was called the most Instagrammable restaurant in Nevada by the Food Network in 2019 — and they decided to expand the cafe’s social media presence to TikTok in late 2020.

Both said they try to use trending TikTok dances and audio to highlight its products, especially for its specialty drinks.

“Ever since posting to TikTok, we have seen an increase of 40 to 45 percent in sales across all of our brands,” Jerome said.

Lourdes said TikTok also allowed the business to better tap into the tourist market and it now has over 34,000 followers on its page.

“If you’re in Las Vegas, (TikTok) will start to show you things in Las Vegas,” Lourdes said. “We always hashtag Las Vegas, because if tourists are here on the Strip, and then all of a sudden they get shown Cafe Lola, they’ll Uber to us.”

Better access to the tourist market is something Robledo has seen at Charleston Antique Mall since the TikTok page has been up, according to Robledo.

“I have noticed that people that we ship to frequently always say, ‘Oh, I can’t wait to go out and visit you guys. I planned a trip in April just to go see you guys,’ ” she said. “Which is crazy when you are in Las Vegas, since you might want to go to Caesar’s Palace or something like that.”

Tyler Stephens, co-founder and chief content officer at VisCap Media, a Las Vegas based advertising agency that makes ads on social media platforms like TikTok, said businesses can organically build a following on TikTok but it may be a safer bet to buy ads.

“When it comes to social media, like TikTok or Facebook or YouTube or any of these social channels, you’re able to attribute results in real time from ads,” he said. “But (an account page) needs to be consistent. You need to be making a lot of videos. It’s a very long and slow process.”

Jerome of Cafe Lola estimates that it took about four months of content creation on Cafe Lola’s TikTok page to translate into more business. He doesn’t see a need to place ads yet because the account is generating enough consumer interest.

Gay thinks any business in Las Vegas has the potential to run a successful TikTok account, with or without buying ads.

“The biggest strength is that Vegas is a fantasy,” she said. “When we scroll social media, it’s how we decompress and check out. And so Vegas has the advantage of when our content is on the forefront, it creates that idea of ‘I need to take that trip. I need to book the vacation.’ ” 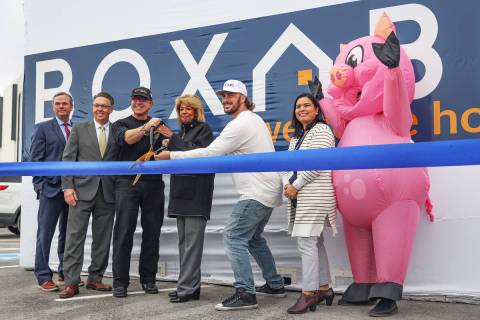 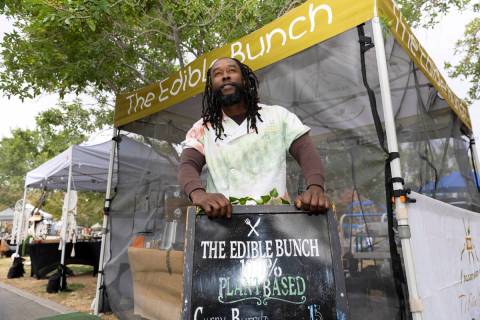