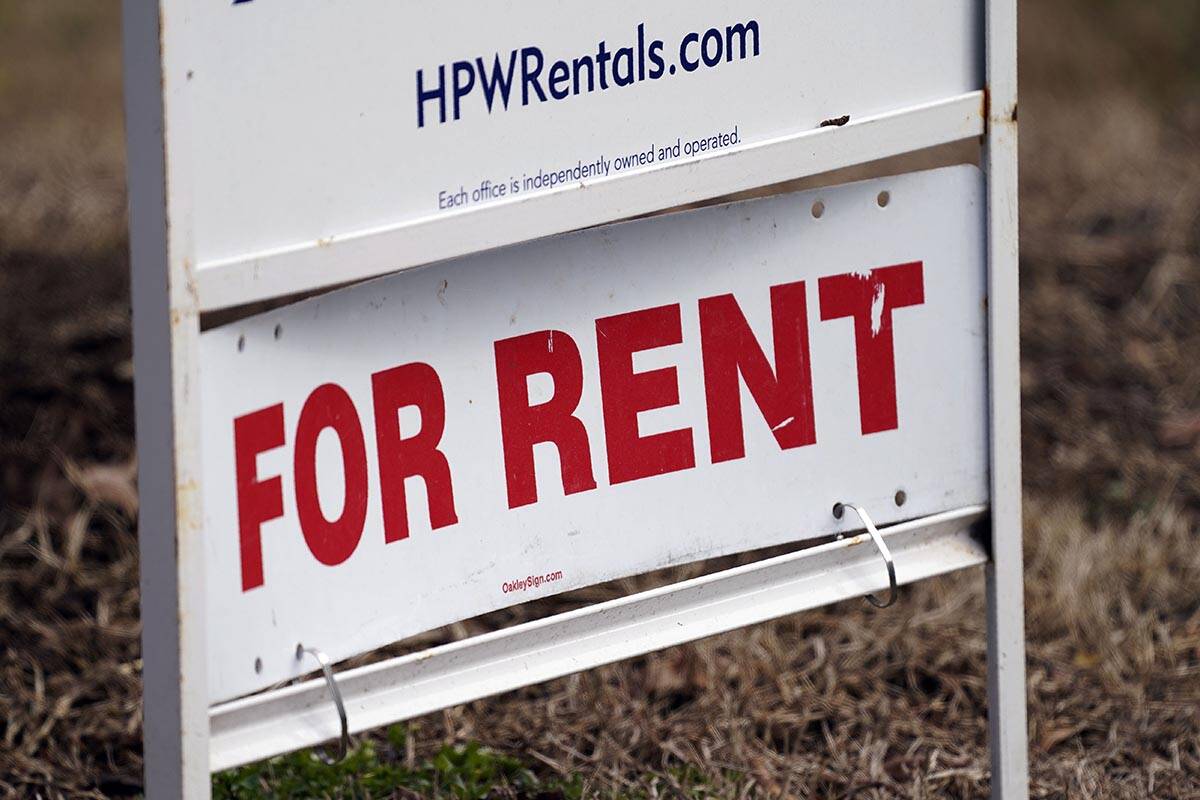 A "For Rent" sign is displayed along a neighborhood street in Mebane, N.C., in 2021. (AP Photo/Gerry Broome)

As sticker shock continues at the grocery store and gas station, rising rents also are taking a toll on the bank accounts of many Southern Nevadans.

It’s no secret that Southern Nevada’s housing market has been on fire over the past year as limited supply helped push buyers to compete for homes and pay well above the asking price. That flurry of activity has impacted the rental market, Stessa said.

“With rising real estate prices, 70 percent of the growth of the rental market since 2009 has come from higher-income earners who might otherwise have bought a home,” Stessa researchers said. “And as more high earners enter or stay in the rental market, builders and developers are incentivized to provide more luxury units, which means less new stock to meet the needs of low- and middle-income earners.”

The pandemic exacerbated these issues, leaving would-be homebuyers, priced out of the market, to continue renting. Meanwhile, developers can’t keep up as they face their own price increases, supply chain challenges and a tight labor market.

“We realize that rents have been increasing faster than incomes and that many Nevadans are struggling to pay their bills,” Vasquez said in a statement, in response to the Culinary Union’s ballot initiative. “We’ll continue working with government and community leaders to address these problems, starting with advancing public policies that help our industry build more housing that Nevadans can afford.”