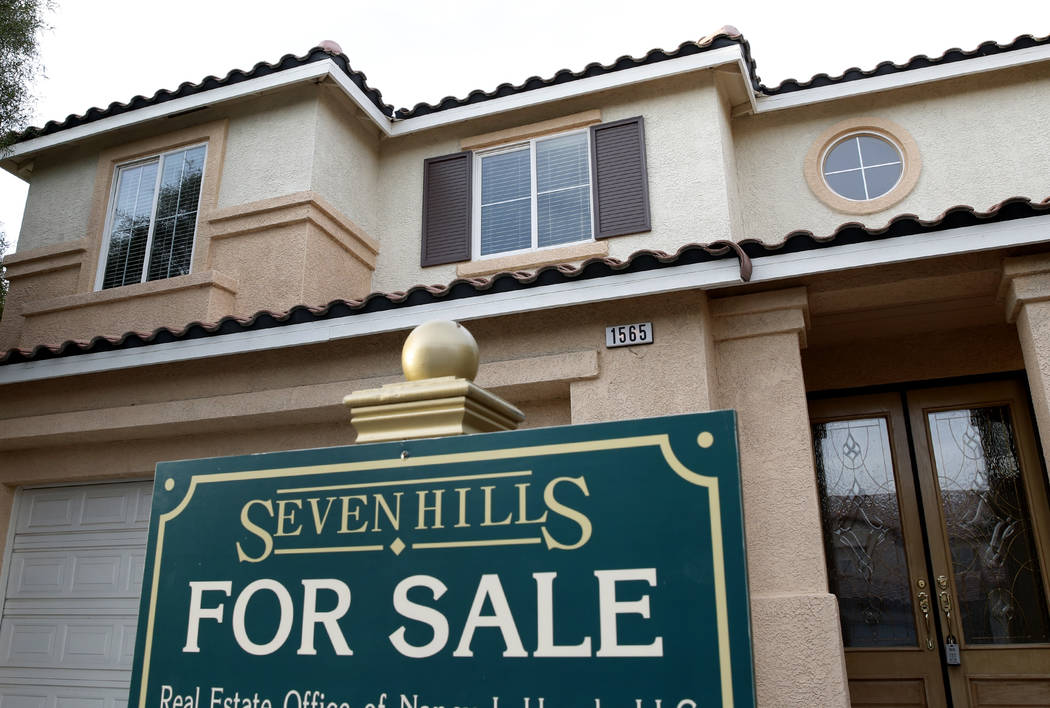 A for sale sign is displayed at a Ravanusa Drive home near Seven Hills Drive in Henderson in 2017. (Bizuayehu Tesfaye Las Vegas Review-Journal)

Las Vegas house prices have climbed fast and could reach their pre-recession peak this year, a new report says.

The median sales price of previously owned single-family homes was $295,000 last month, up 2.1 percent from April and 18 percent from May 2017, according to the Greater Las Vegas Association of Realtors.

A total of 3,140 single-family houses traded hands, up 9.1 percent from April but down 10.7 percent from a year earlier.

Las Vegas’ inventory shortage also showed signs of easing, as 4,118 houses were on the market without offers at the end of May, up 7.9 percent from April but still down 17.2 percent from last May, the GLVAR said.

The trade group reports data from its listing service, which largely comprises previously owned homes. Single-family houses make up the bulk of the market.

GLVAR President Chris Bishop, of Coldwell Banker Premier Realty, said in a statement that “it’s possible” prices could reach their prior peak “sometime later this year.”

Most major markets have already surpassed their previous record, he said, but with Las Vegas’ economy and job market notching “some of the biggest gains in the nation, I think it’s only a matter of time before we set an all-time record for local home prices.”