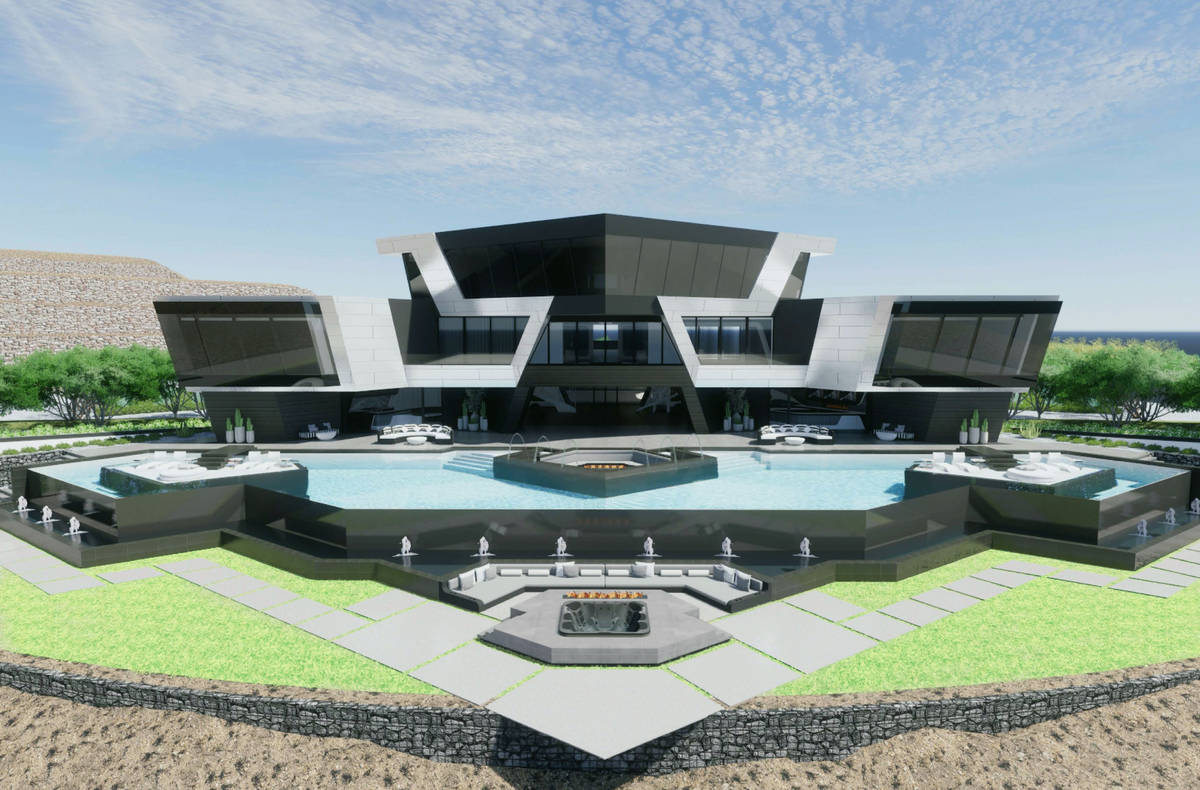 Raiders owner Mark Davis is building a mansion, a rendering of which is seen here, in Henderson's luxury Ascaya community. (City of Henderson) 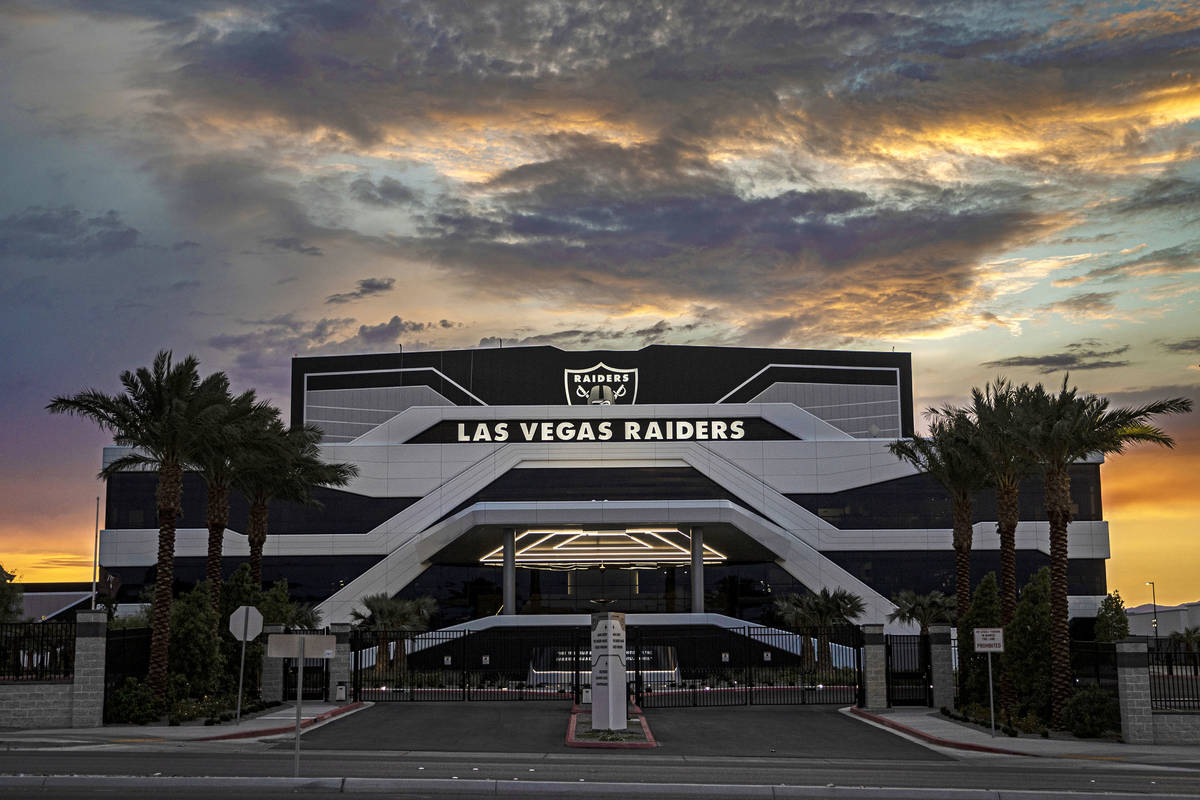 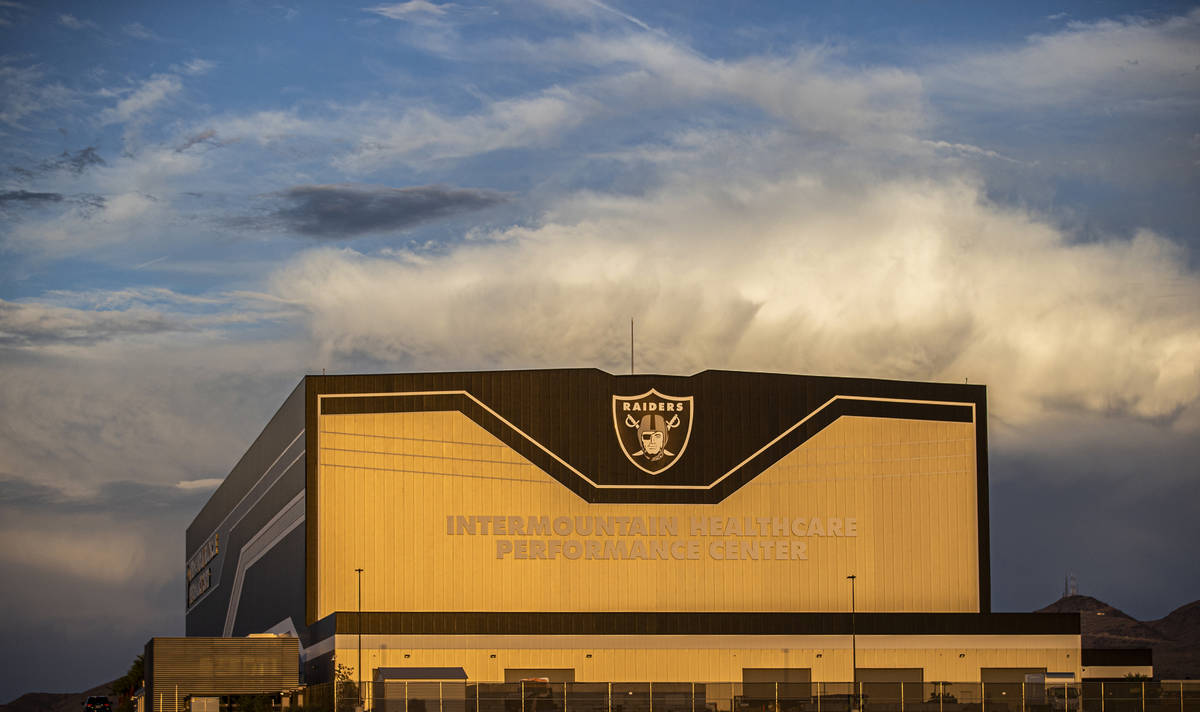 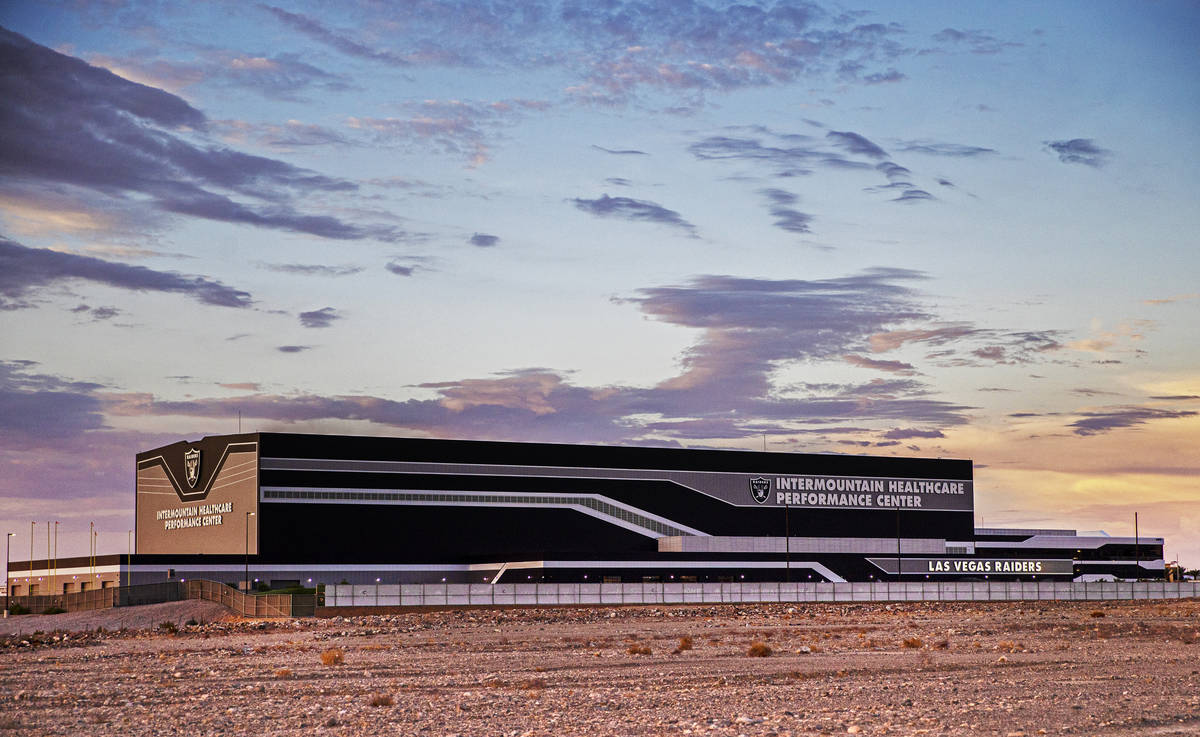 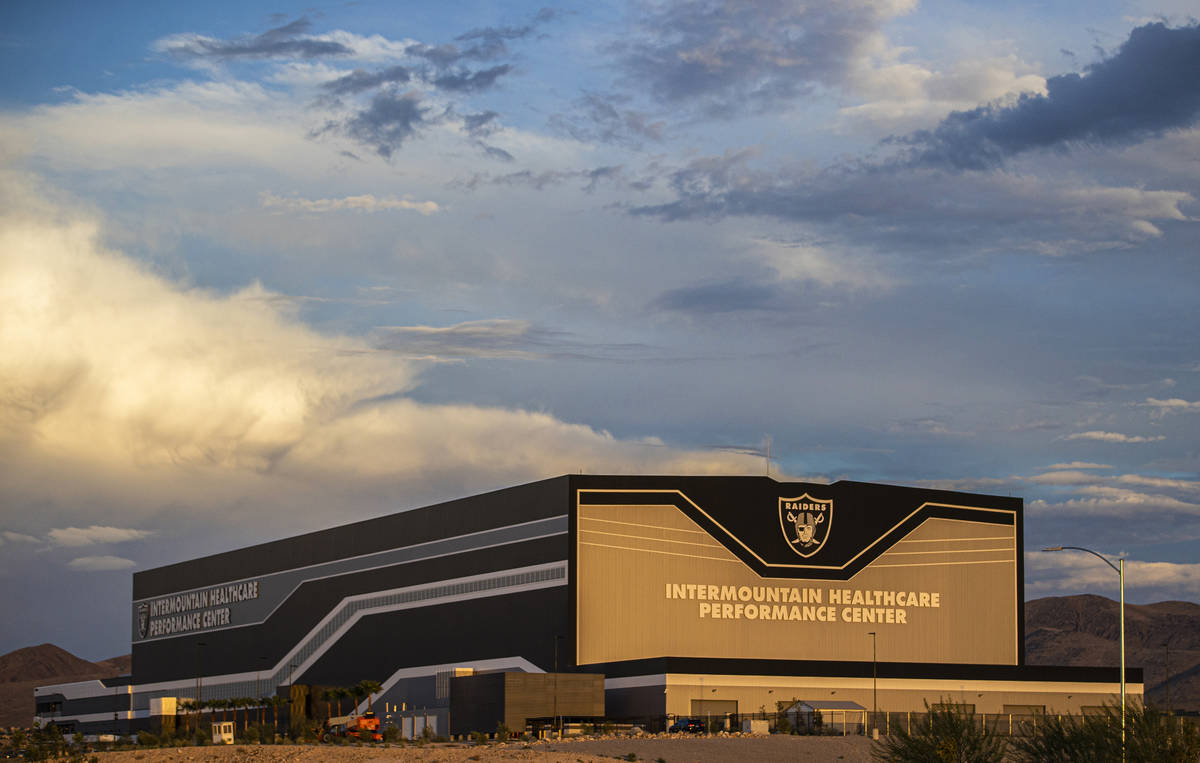 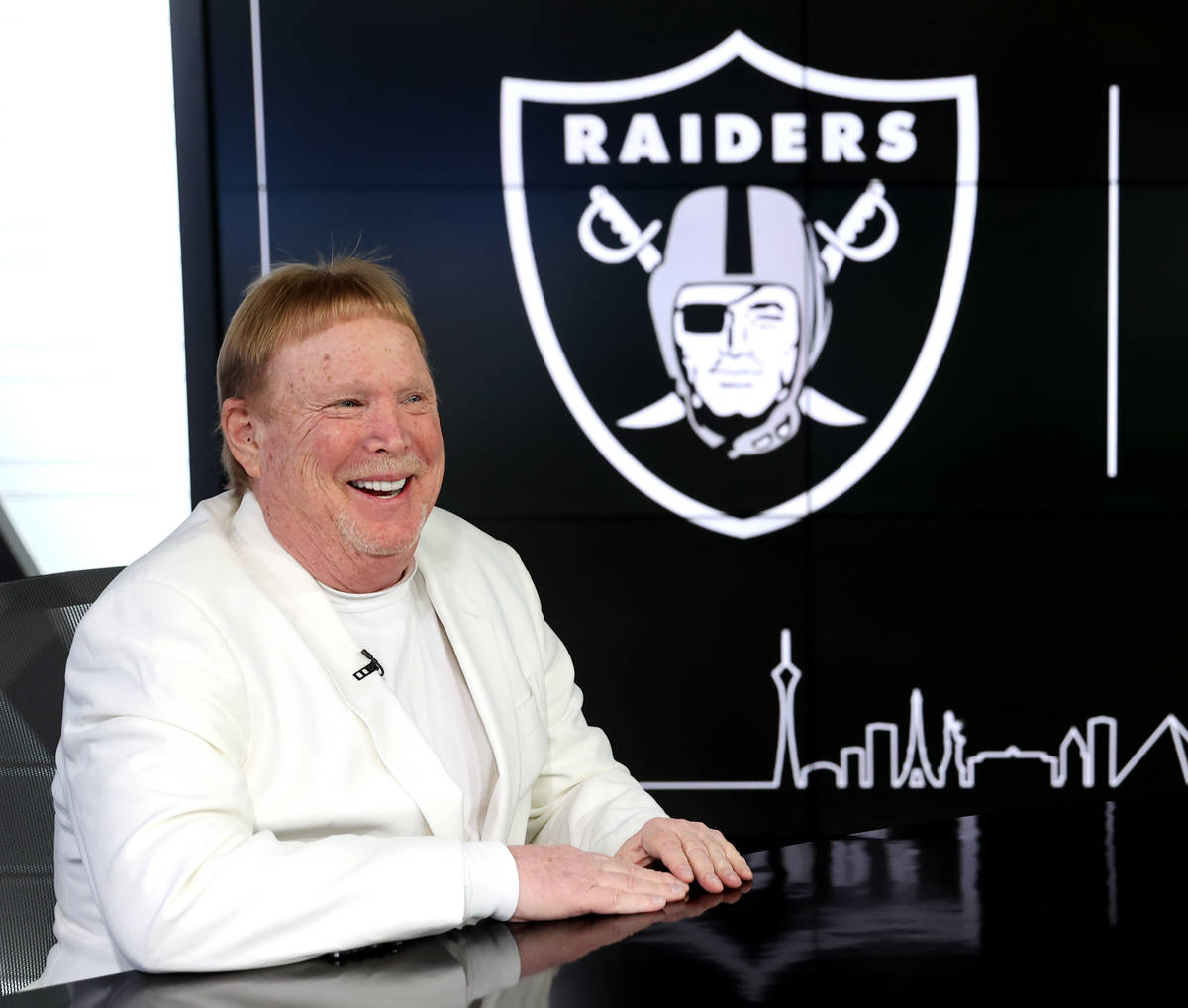 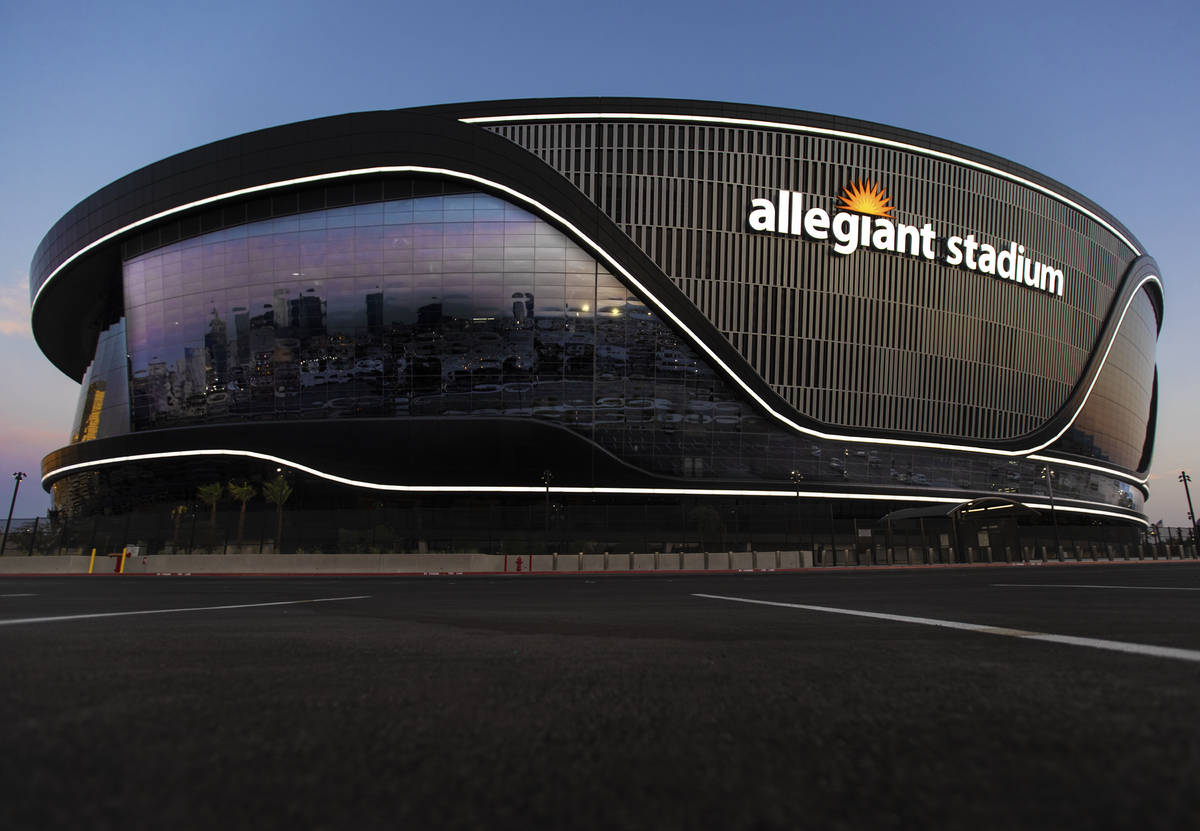 Raiders owner Mark Davis is building a mansion in the mountains that, as some local architects see it, will be macho and futuristic.

It will also look familiar.

Davis owns a 6-acre plot in Henderson’s luxury Ascaya community, and project plans filed with the city show a three-story, ultraluxury house that would look strikingly similar to the Raiders’ practice facility in Henderson and even, in some ways, Allegiant Stadium just west of the Strip.

As seen in city records that include detailed site plans, building schematics and a full-color rendering with a view from the backyard, Davis’ imposing, seemingly Raiders-colored home would have floor-to-ceiling windows and be heavy on symmetry, rising to a peak in the middle where the top floor resembles the bridge of a ship.

According to the project plans, the house would have a “man cave,” a prep kitchen, a bar, a steam room, a library, a sleek pool area, a porte-cochere and an area for “guest/vendor parking.”

A building permit application for the custom home says it will span just over 15,000 square feet and have a 5,422-square-foot garage area. It also lists a valuation of $14 million.

All told, the massive house perched in the McCullough Range would be the latest imprint that Davis is making on the Las Vegas Valley, with now three real estate projects that, despite their obvious differences, have a similar look.

“They’re a perfect trio. … They all have the same character,” said longtime local architect Bob Fielden, founder of Henderson-based RAFI Architecture and Design.

Fielden, one of three valley architects who spoke to the Review-Journal about the house after a reporter sent them the rendering filed with the city of Henderson, said that Davis is building the home “as a part of his brand.”

He also said it would have a distinct look in Ascaya, a mountain-mansion outpost he described as a “1 percenters’ paradise.”

As he sees it, visitors would be floored by Davis’ house when they drive up.

GK3 Architecture co-owner Gemie Knisely said that “anyone” who looks at the home’s design would see its connection to the practice facility and the stadium, and that the mansion has a modern, “masculine” look.

It has bold lines and contrasting black and white colors, she said, adding it is “not delicate or ornate.”

Architect Ed Vance said the home is “futuristic” and could pass for a commercial building, adding it doesn’t have a “homey feel by any means.”

Davis said in a phone interview Tuesday that he and Blue Heron, the luxury builder he hired to design and construct the house, have been working on the project for about a year and half.

Construction crews have already broken ground on the home. Davis said he has “no idea” when it will be finished or how much it would cost to build. 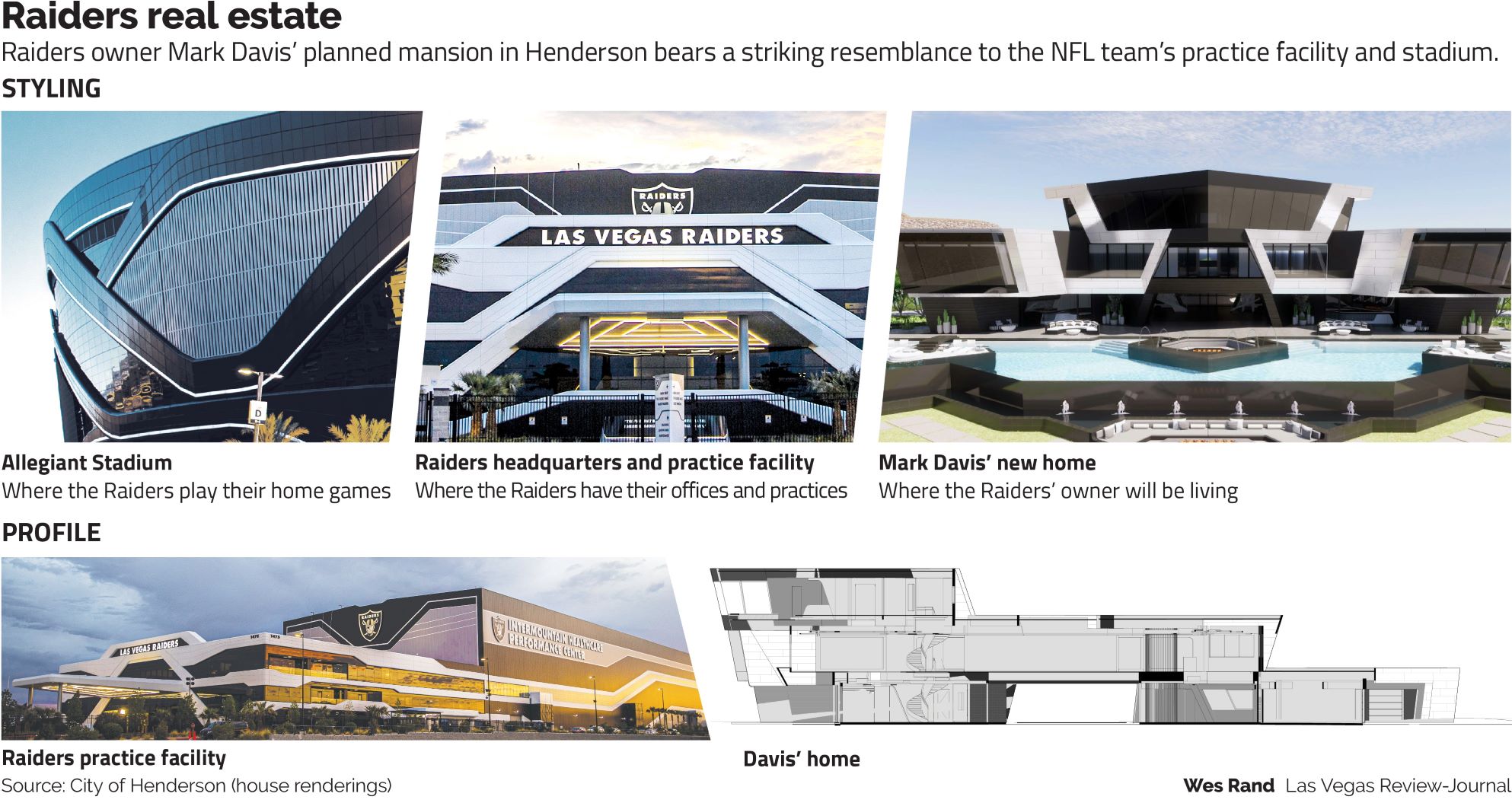 He also brushed off the notion that it would have a man cave — although project plans use that wording, even showing a “man cave entrance” — and said that he isn’t trying to make a statement with the overall design.

He wanted a great view, “which this lot provides,” he said, adding it is “the place I’ll be living the rest of my life.”

Blue Heron founder Tyler Jones was unavailable to comment for this story, a representative said. Efforts to speak with the development team at Ascaya were unsuccessful.

After Davis closed the sale, Blue Heron’s Jones told the Review-Journal that the football boss would have unobstructed views of the valley and the Raiders’ stadium and that the house would have a “very distinct look.”

When you see the place, Jones said at the time, “you’ll know that it’s Mark’s house.”