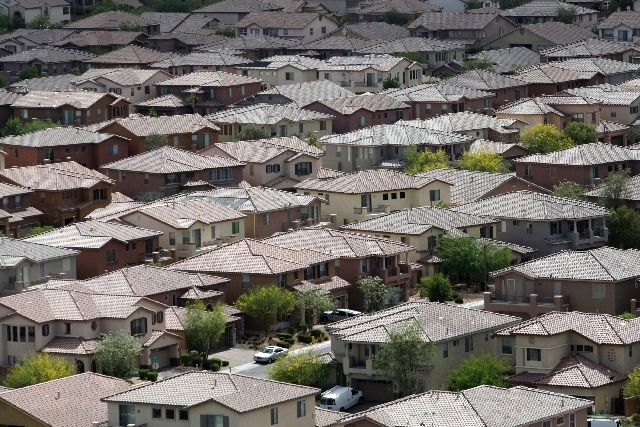 WASHINGTON — U.S. home prices, led by a nearly 25 percent gain in Nevada, soared 12.1 percent in April from a year earlier, the biggest gain since February 2006, as more buyers are chasing fewer homes.

Irvine, Calif.-based real estate data provider CoreLogic said Tuesday that prices also rose 3.2 percent in April from March, much better than the previous month’s gain. And prices rose in April from the previous year in 48 states. The only states to show declines were Mississippi and Alabama.

Prices in Nevada jumped 24.6 percent from a year earlier, the most among the states.

More potential buyers are seeking to buy homes. At the same time, the number of houses for sale is 14 percent lower than it was a year ago. That is pushing up prices.

Rising home prices can help sustain the housing recovery. They encourage more homeowners to put their homes on the market, confident they can sell at a good price. And they spur prospective homeowners to buy before prices increase further.

Home sales and prices began to recover last year, six years after the housing bust. They have been buoyed by steady job gains and low mortgage rates.

Sales of previously occupied homes ticked up to a 3½-year high in April, according to the National Association of Realtors. And they are likely to keep rising: A measure of signed contracts to buy homes rose to its highest level in three years in April. There is generally a one- to two-month lag between a signed contract and a completed sale.

The limited supply of houses has made builders more willing to boost construction. That is creating more construction jobs. Applications for building permits rose in April to the highest level in nearly five years.

Prices rose in April from the previous year in 94 out of the 100 largest U.S. cities, CoreLogic said. That is up from 88 in the previous month.

They were followed by Atlanta and Riverside-San Bernardino, Calif., which both posted 16.5 percent gains. Dallas rounded out the top five, with a 10.2 percent increase.

Despite the large gains, home prices are more than 22 percent below their April 2006 peak, the CoreLogic survey found.