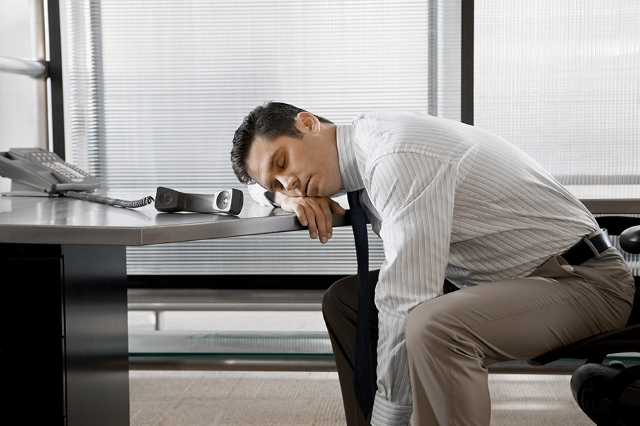 There’s nothing wrong with a little laziness. After all, someone has to make the overachievers of the world look good. When your lazy tendencies begin to have a negative impact on your finances, however, it’s time to change your behavior.

The following are seven costly habits to break today, as well as lazy-proof tips on how.

1. Not Bothering to Clip Coupons

Whether it’s a matter of being too lazy, or perhaps even too proud, overlooking coupons is essentially giving up free money. According to the Promotion Marketing Association’s Coupon Council, the average family can save up to $1,000 per year by using coupons when making everyday purchases.

Consumer and money-saving expert, Andrea Woroch, said, “Most families need only spend 20 minutes per week finding and clipping coupons, making it a worthwhile measure — especially when the cost of groceries is rising.”

Lazy fix: You don’t have to sift through the Sunday paper to find coupons worth clipping. “Apps like CouponSherpa provide coupons right to your smartphone for savings on groceries to department stores to restaurants,” advised Woroch. “The Honey web browser extension alerts you when a coupon is available at a site you’re shopping online as well.”

2. Waiting Until the Last Minute to Order Gifts
Do you look forward to gift shopping about as much as your next oil change? It’s easy to procrastinate when the last thing you want to do is select a gift for a picky friend or cousin you haven’t seen in years. At some point, however, you are going to have to bite the bullet. You might as well do it before you’re forced to pay for rush shipping.

Lazy fix: Here’s an extra dose of motivation: Sites such as FreeShipping.org will allow you to review online coupons for free shipping from popular retailers like Macy’s, Best Buy and more, according to Woroch.

3. Taking the First Offer Without Comparing Terms
Not taking time to check hidden terms can cost consumers big money, according to spokesman for MoneyLend.net Dan Blacharski. “We often have that lazy tendency to grab a loan or credit card offer without comparing terms, especially if there is a pressing need for funds,” he explained. Thoroughly reviewing the terms of an offer might reveal some shocking results, however, such as a teaser rate that is quickly revoked and replaced with a much higher rate if you are a day or two late with a single payment.

Lazy fix: The Web makes it easy to compare interest rates and lending terms from the comfort of your own home. Do some research online to find out which financial institutions are truly offering the best deals before applying so that you don’t risk facing an expensive surprise down the road.

4. Ignoring Your Cell Phone Bill
Do you sit down to review your bills for unnecessary charges each month, or are statements immediately sent to the circular file? It certainly isn’t fun, but taking the time to look over your billing statements can alert you to errors and extra fees.

For instance, 85 percent of mobile users pay for more data than they actually use; the leftover data of a typical cell phone user averages $27.86 at the end of the month, according to news site Vocativ. For those with multiple wireless devices that require Wi-Fi, odds are they’re wasting a lot more.

Lazy fix: “To figure out how much data you’re wasting, monitor usage over the next month by reviewing third-party apps like Onavo Count and 3G Watchdog,” said Woroch. “If you uncover excess data that’s not being used, switch to a lower plan.”

Ignoring a problem won’t make it go away. In the case of parking tickets, fines can double — even triple — if you wait past the due date to pay. Worst-case scenario? Late tickets can “make your car eligible to be booted and towed, which can costs hundreds of dollars extra,” warned personal finance coach Dominique Broadway.

Lazy fix: Paying parking tickets is a whole lot easier these days, as most cities offer an online payment system. You don’t have to go anywhere or even brush the dust off your checkbook — the payment website and instructions should be printed right on your ticket. Generally, there is a small convenience fee for paying online, but it sure beats the late fee.

6. Avoiding Medical Appointments
Spending time in a drafty doctor’s office while wearing a paper dress is just one of many necessary inconveniences in life. The consequences of putting off preventive care far outweigh the benefits. “I have seen people ignore the warning signs of a cavity or not going in for regular checkups, and when they do finally go to the doctor or dentist, major work is required that can cost into the thousands,” noted Broadway.

Lazy fix: Instead of calling your doctor’s office and waiting weeks for an appointment, try booking on ZocDoc.com. This site connects you with local medical professionals and allows you to book appointments instantly online. Of course, you do have to actually go.

7. Buying Pre-Made Meals Instead of Cooking

For many people, cooking is the last thing they want to do after a long day. And maybe your culinary skills are limited to boiling water. Even so, buying pre-made food for every meal rather than preparing what’s in the fridge is an easy way to eat up your savings. According to the National Resources Defense Council, 40 percent of food in the U.S. gets tossed in the trash every year, amounting to $165 billion in uneaten groceries.

Lazy fix: “When it comes to making cooking an easier task, pick one day during the week to do all the prep work like chopping veggies, or make one large dish that can turn into a few leftover meals,” said Woroch. Bonus tip: Don’t get hung up on expiration dates. Consumer Reports says many foods are still safe to consume after the printed expiration date. Use a site such as StillTasty.com to find out when you really need to toss your groceries — and use them up before then.

From GoBankingRates.com: 7 Times Being Lazy Costs You Money