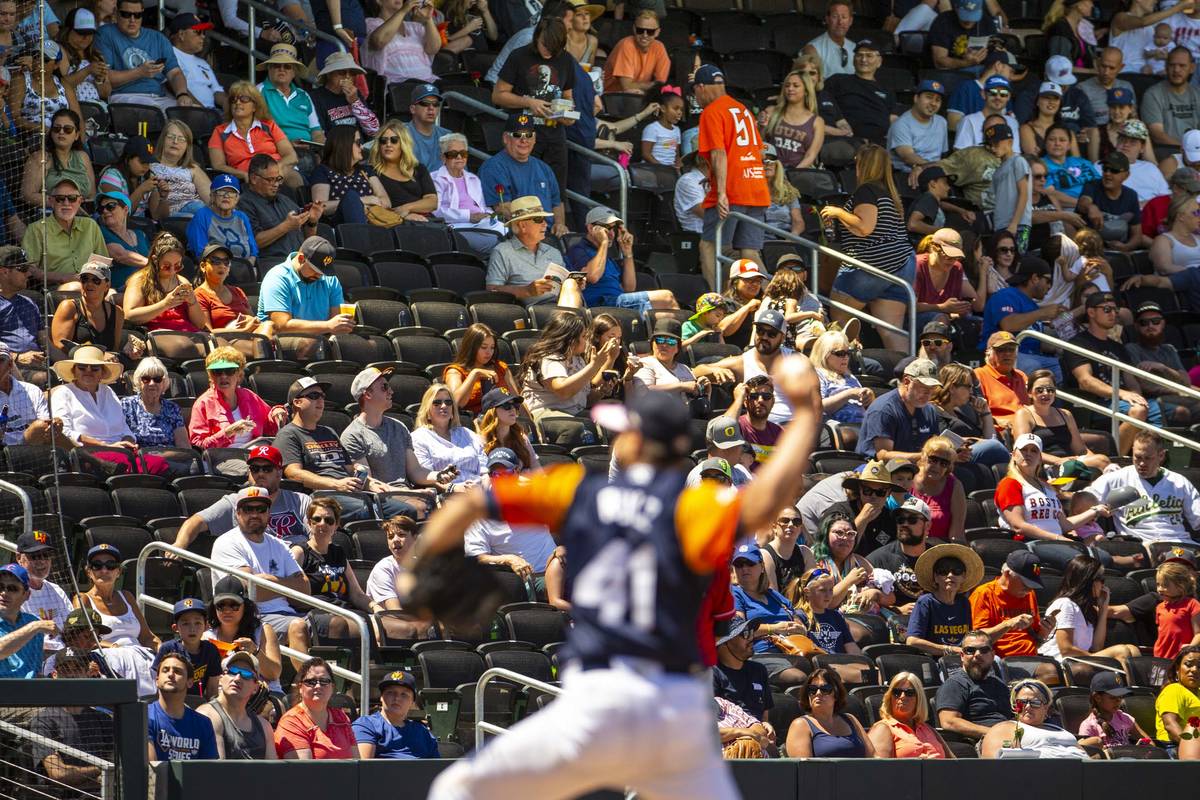 A Las Vegas company is looking to provide a way for fans at sporting events to upgrade their seats while already in attendance.

Fans can download the LuvSeats app and, while at a game, search the app for seats from those who left early, didn’t show up or who used the app themselves in search of a better vantage point. Fans can then buy another seat for the remainder of the game at a reduced price, with the seller receiving the proceeds.

The buyer and seller do not pick the price on the seat exchange; prices are set by an algorithm and get cheaper as the game progresses. There’s also a $5.99 per ticket service fee charged by LuvSeats.

“So for less than half of a game at a reduced price you’re getting tangible value for the person that’s leaving or couldn’t make it,” said LuvSeats co-founder Darcy Silver.

Silver said he developed the idea while securing season tickets for the Golden Knights.

“Then the day came … it became somewhat of a free-for-all for whatever seats were available, which we got two in the nosebleeds, almost center ice,” Silver said. “My father wasn’t there, and we were going on them together, the first game that he went to the following season, he almost fell over in his seat and had to stand up in the back and there were hundreds of empty seats there the entire game that went unused. Nothing has ever existed to be able to move in real time to those seats, just people sneaking forward.”

The Aviators will kick off the season at Las Vegas Ballpark at 50 percent capacity, or around 5,000 fans, according to Erik Eisenberg, vice president of ticket sales for the Triple-A baseball team.

With the reduced capacity, open seats could be at a premium as the season begins, as Eisenberg said the Aviators likely won’t be able to host more than 50 percent capacity until the 3-foot social distancing mandate is removed.

“We try to provide our fans with the best technology on the market with our digital ticketing apps. This is just to help add to that,” Eisenberg said. “Maybe they don’t like their seats, maybe they want to sit with friends — it gives you a wide variety of options to upgrade during a game.”

After the planned initial launch last year was put on hold due to the COVID-19 pandemic, Silver used the time to add a secondary ticket marketplace to the app, similar to Stub Hub and other ticket resellers.

In addition to offering their seat exchange app at the game, LuvSeats will also offer the “upgrade of the game” where a fan can win a free two-seat upgrade that will be given away halfway through each home game.

LuvSeats is also in talks with the Golden Knights, Milwaukee Bucks, Atlanta Hawks and the Philadelphia Phillies about possibly incorporating its app, Silver said.

All involved are eager to see how the live launch of the app plays out, as it is the first app of its kind as far as Eisenberg knows.

“This will be the first live event that it’s tested,” Eisenberg said. “It’s nervous and exciting at the same time. Anytime you add new technology to the system always leaves you a bit uneasy because you don’t know how it’s going to react the first time somebody uses it.”

Silver said LuvSeat representatives will be at each game to help with any issues or to help attendees sign up for the app.