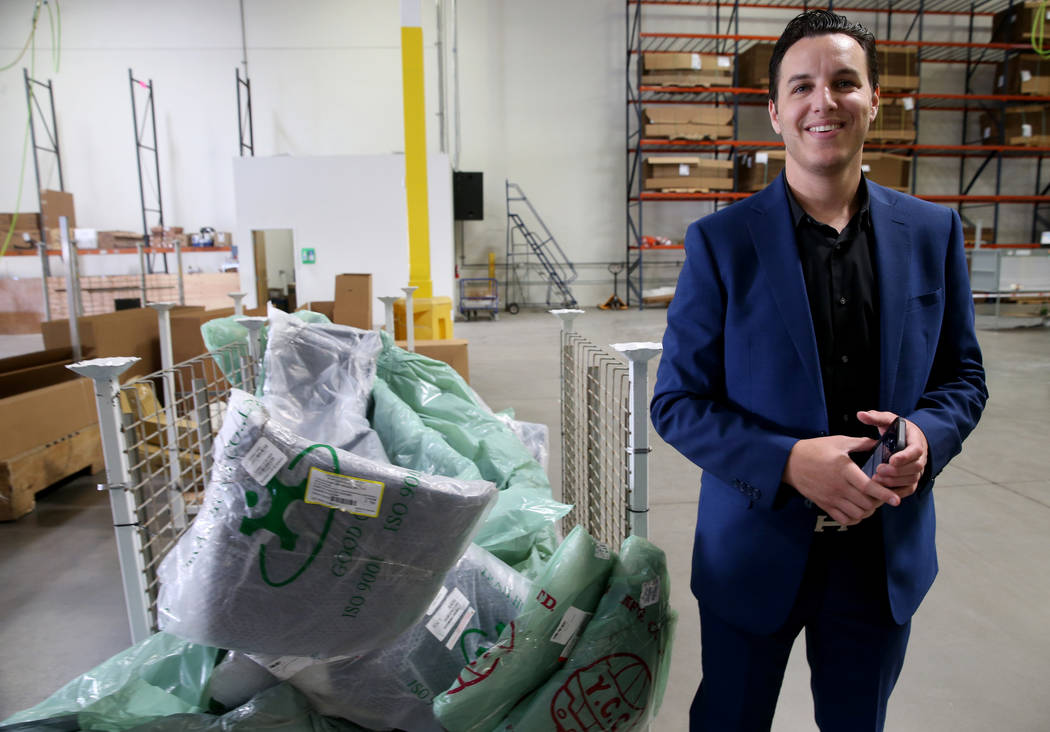 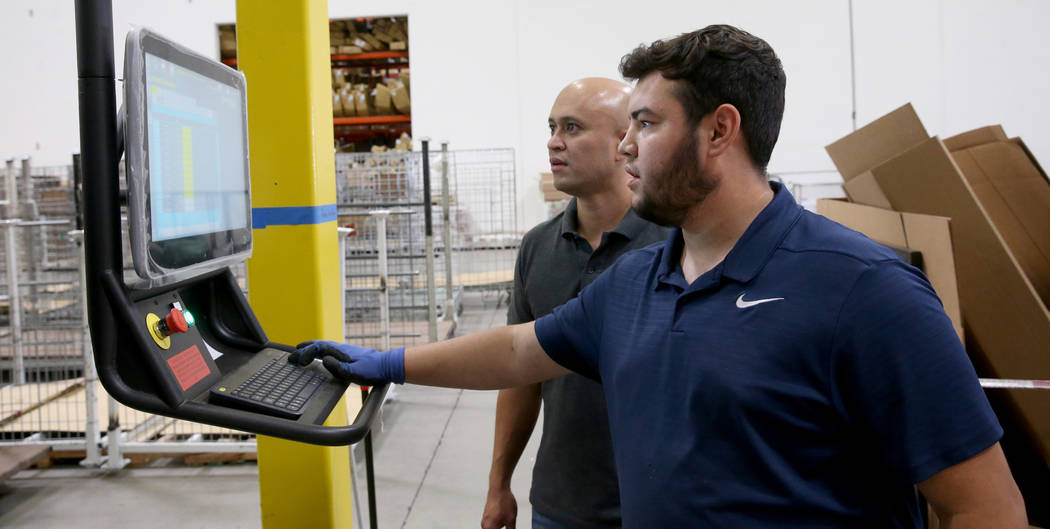 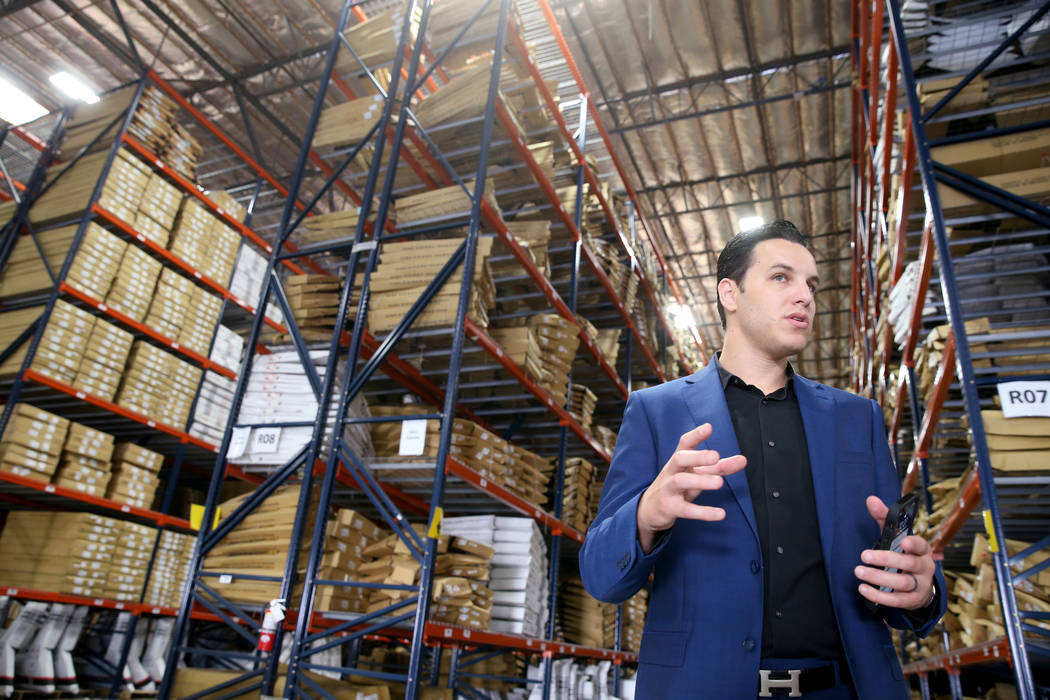 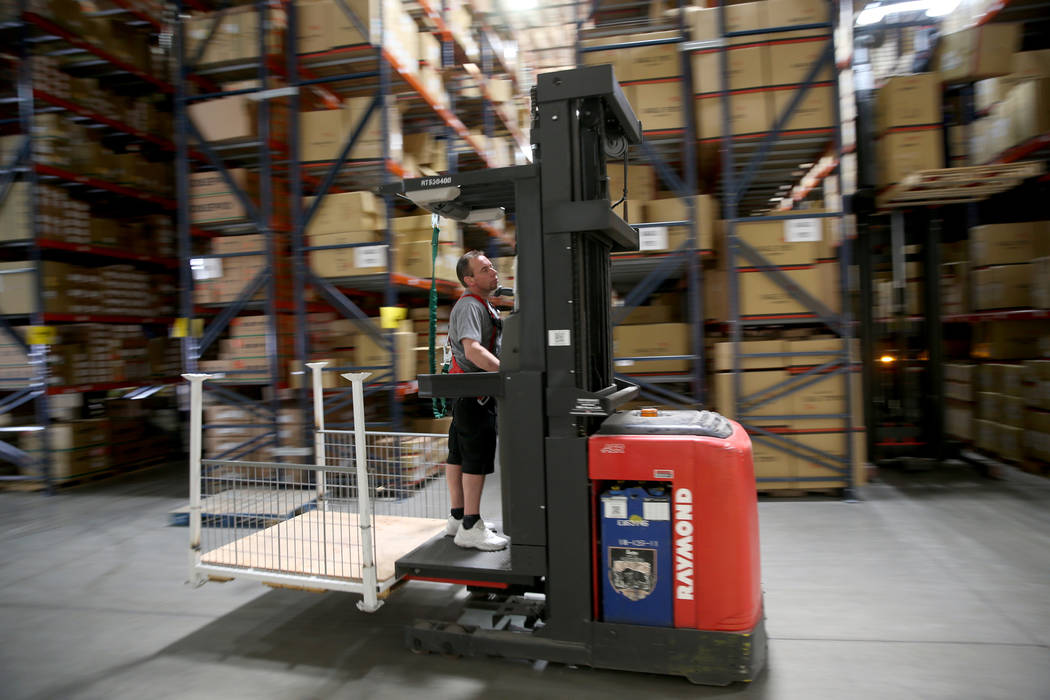 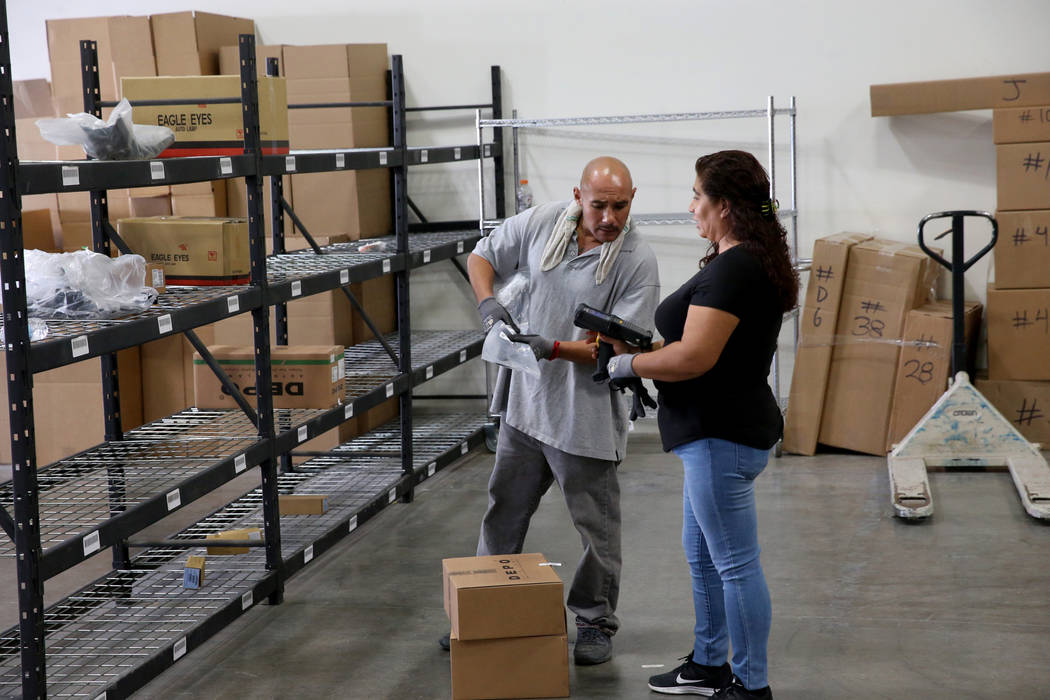 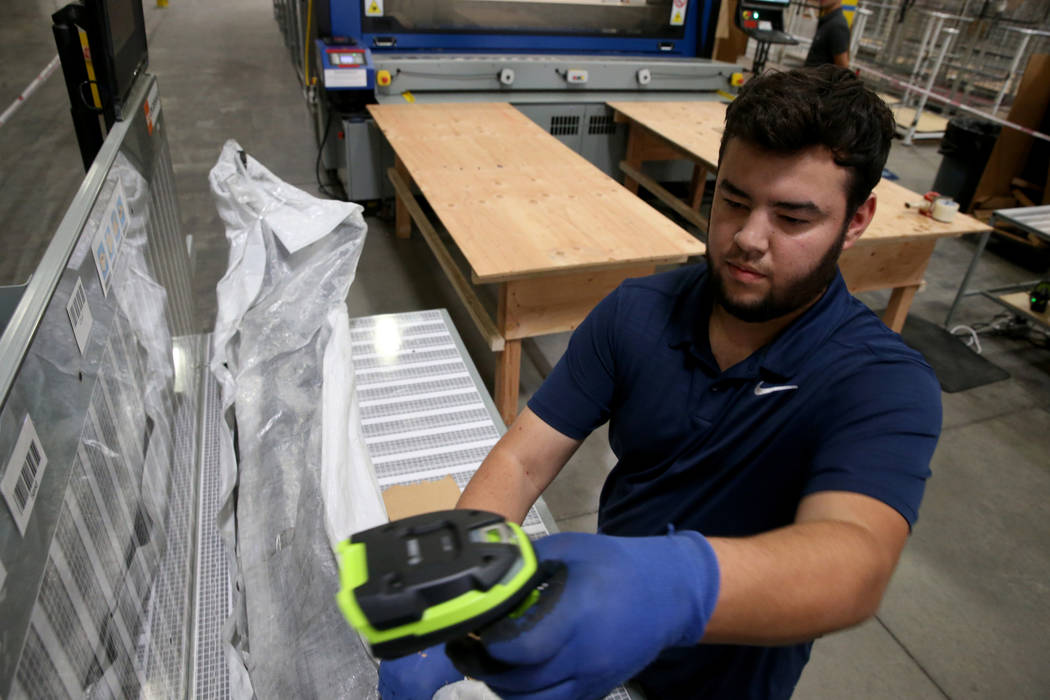 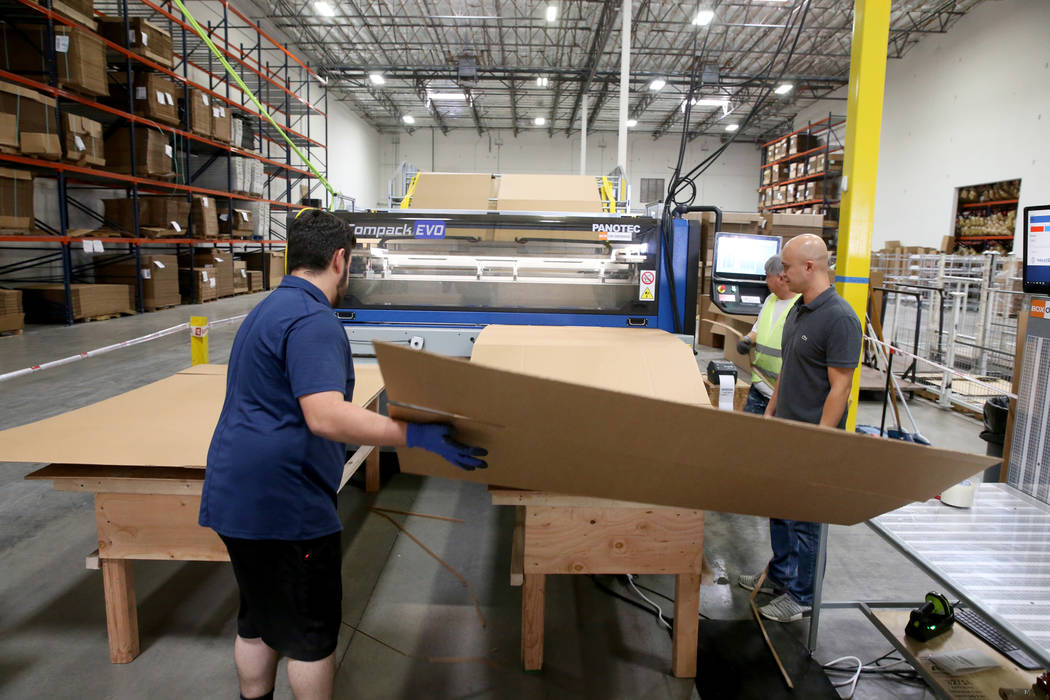 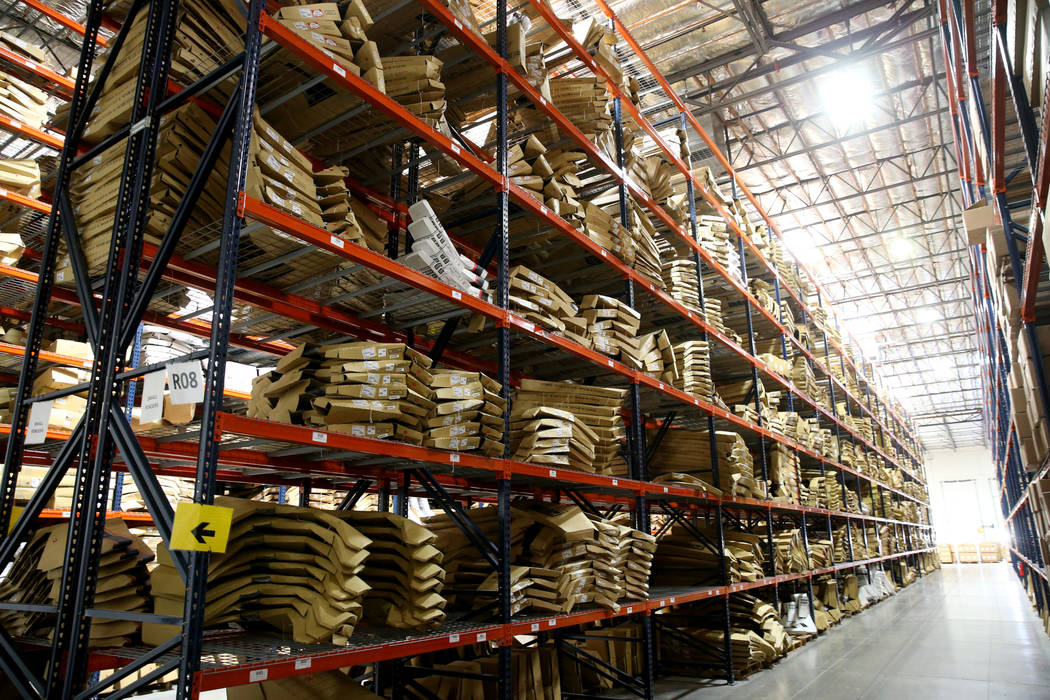 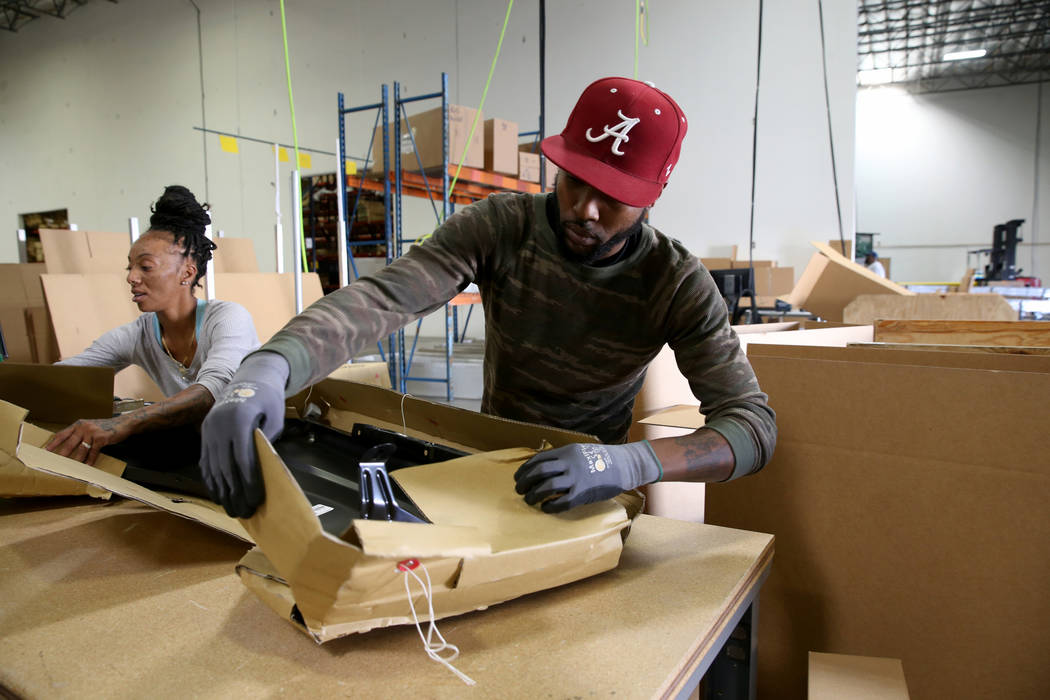 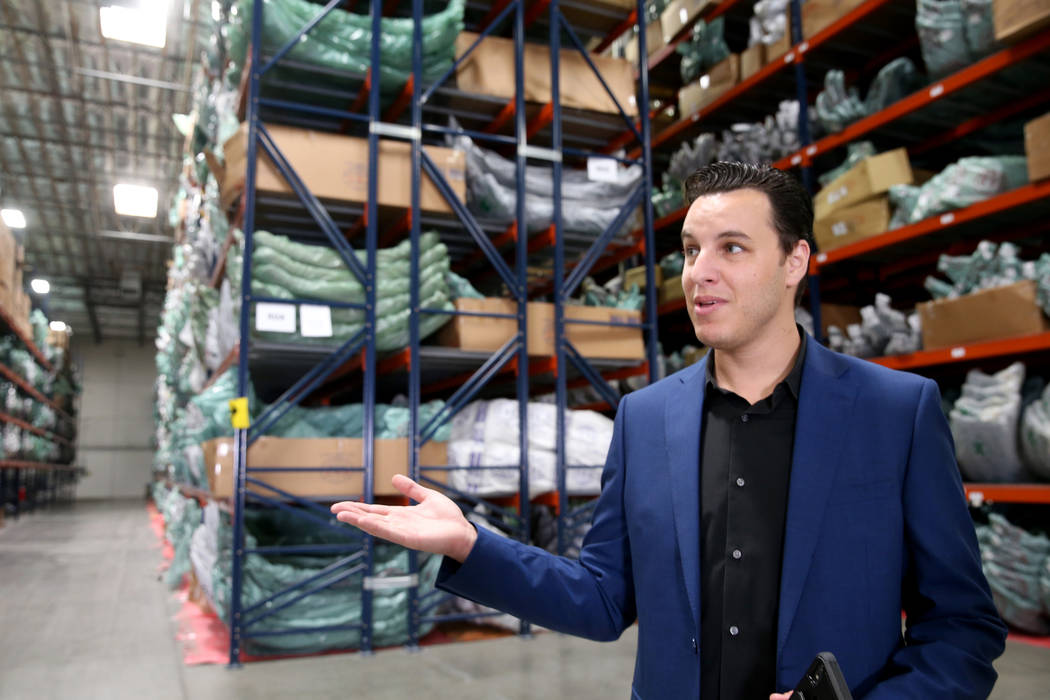 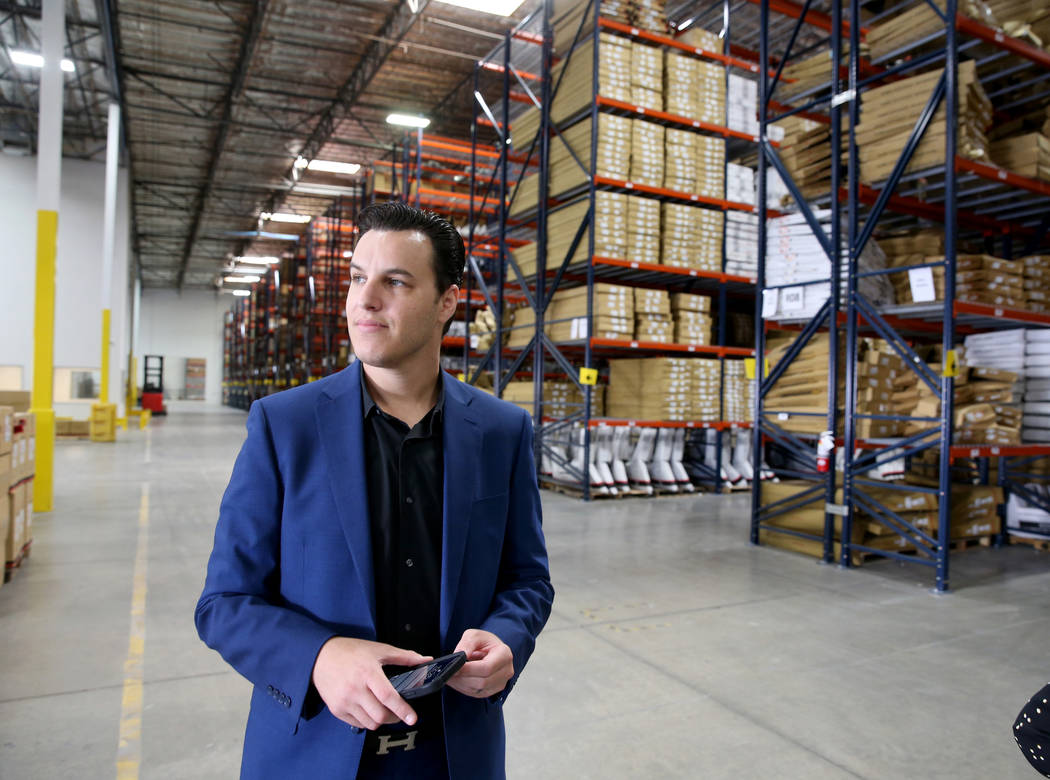 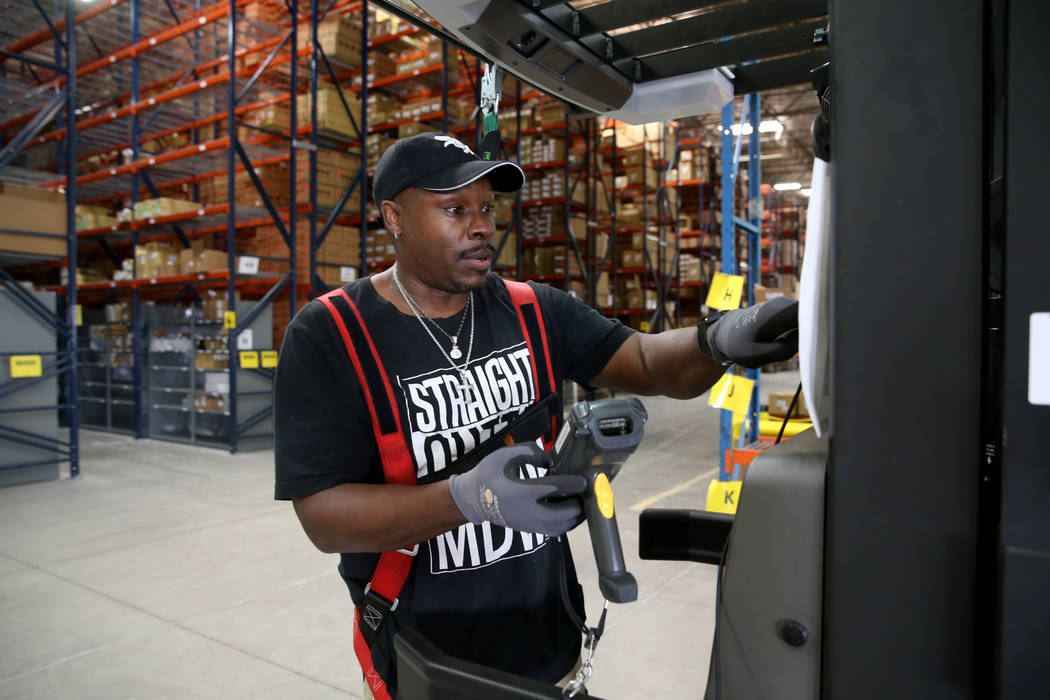 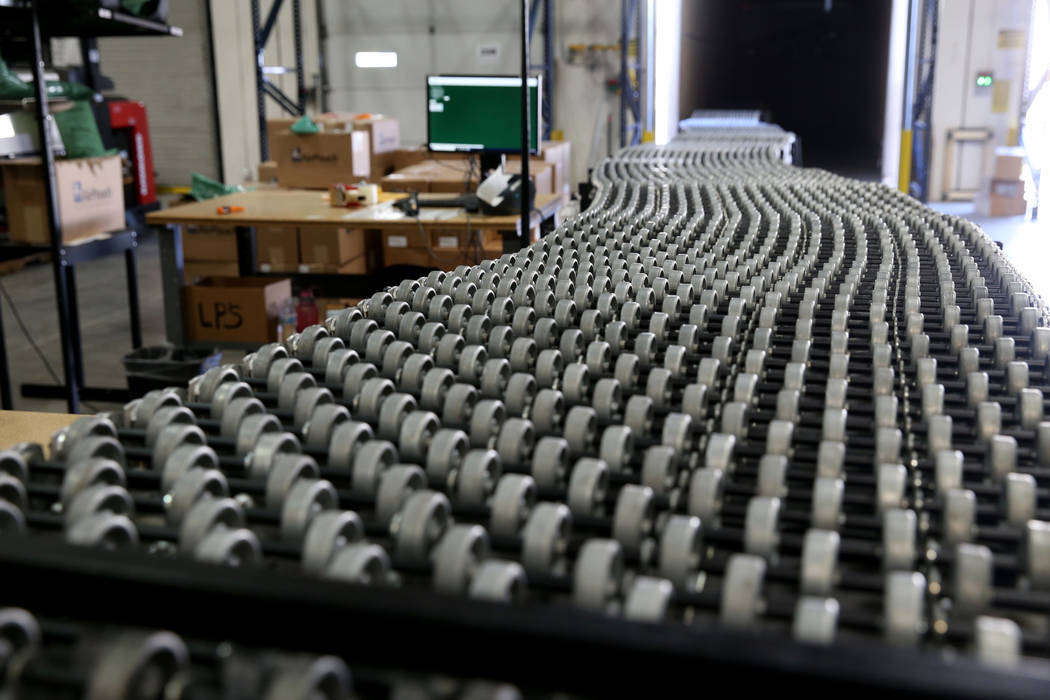 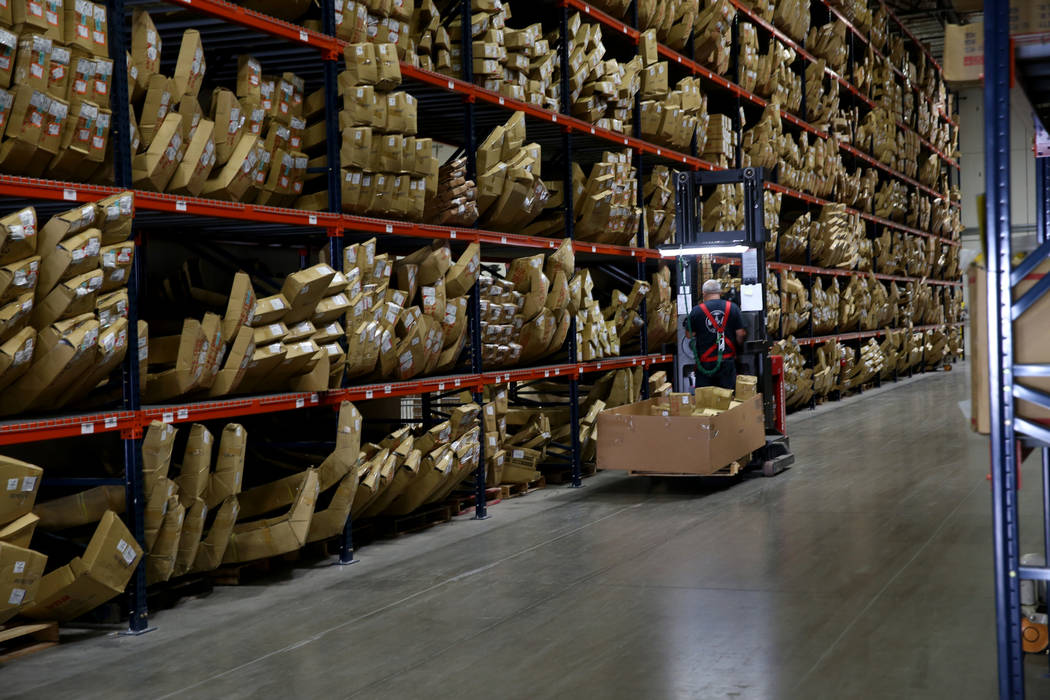 Electric forklifts zipped back and forth Friday afternoon amid racks filled with thousands of auto parts inside the new Las Vegas distribution facility for CarParts.com.

CarParts.com, the e-commerce website for Carson, California-based firm U.S. Auto Parts, is still settling into its new home, but in the past three months, it’s filled the warehouse with roughly 7,500 different products, hired 100 employees from the Las Vegas area and filled 9,600 orders last week.

“Vegas made a lot more sense,” Meniane said. “Logistically, it’s not the best but in terms of the workforce and the skills, there’s a lot of talent for distribution and logistics. There’s experience for each function so it was pretty obvious for us that Las Vegas was the right choice.”

CarParts.com is the latest company to choose Southern Nevada for a distribution center, joining firms such as Smith’s Food and Drug Stores and Amazon.com, which recently signed a deal to occupy a more than 600,000-square-foot industrial building in Henderson.

The Las Vegas facility, which opened in July at 2821 Marion Drive, is the third distribution center for U.S. Auto Parts. Other centers are located in LaSalle, Illinois, and Chesapeake, Virginia.

Founded in 1995, the company has about 1,300 employees and includes the websites CarParts.com, AutoPartsWarehouse.com, JCWhitney.com and its namesake corporate site.

However, there are future plans to create one flagship site. CEO Lev Peker said during last month’s earnings call that “without going into too much detail, our goal is to make CarParts.com our flagship site.”

In recent months, the company has focused on optimizing the website, including making it faster with speeds below three seconds and easier for customers to search and purchase products.

Meniane said shoppers are largely DIY customers with some who order parts online and take it to a local collision or repair shop. Only about 10 percent of its business is wholesale, according to Meniane.

The company is further developing its Las Vegas distribution center, which is filled with half the amount of inventory eventually planned for the space.

It will invest about $13 million to $15 million in the facility that houses its top sellers such as bumper covers, door handles and side mirrors, Meniane said.

Two weeks ago, the company installed a box-on-demand machine allowing it to efficiently package large items such as its bumpers. An employee would scan the size of the item and the machine spits out a custom-sized box that is then packaged in a proprietary way to reduce shipping costs for customers, he said.

He said the new facility gives CarParts.com a chance to cut shipping times for customers in the West.