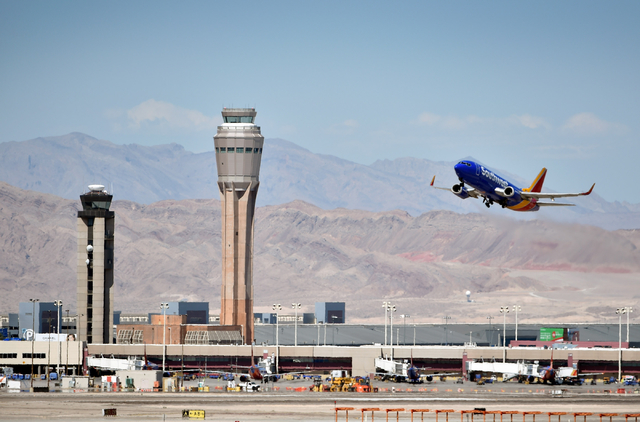 A Southwest Airline passenger jet takes off from McCarran International Airport under the control of the smaller of the two federal air traffic control towers on Monday, June 8, 2015. (David Becker/Las Vegas Review-Journal) 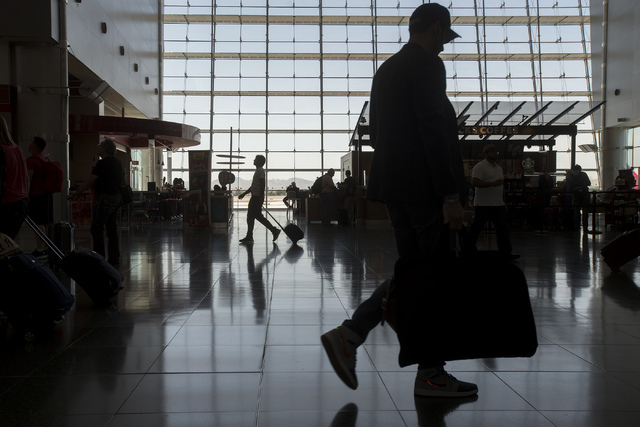 The Department of Transportation awarded $4.8 million to pay for the reconstruction of 38,700 square yards of existing apron pavement, where planes are parked and refueled at McCarran International Airport.

In total, the Department of Transportation awarded $11.9 million to improve and modernize airports throughout Nevada, Reid said.

“Transportation is key to Nevada’s thriving tourism and business industries, and these funds will help us build on that success,” Reid said in a statement. “This funding will prove especially vital to Nevada’s rural airports and help expand the critical infrastructure needed to meet the demands brought on by the state’s continued growth.”