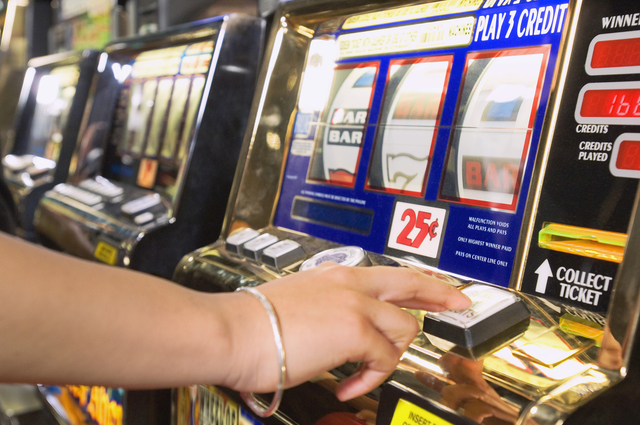 BOSTON — For some people, it’s easy to get carried away at a casino. So, imagine sitting at a slot machine and being able to track and limit your betting using an onscreen display.

It’s currently not possible at any U.S. casino, but that’s set to change as Massachusetts gambling regulators trying to curb gambling addiction say they’re ready to launch a first-in-the-nation system allowing slot players to limit their bets over time.

Players using their casino reward card at a slot machine will be given an onscreen prompt to set a budget for the day, week or month. “Play My Way,” Massachusetts’ name for the new feature, was developed with nearly $200,000 in funding from the state’s annual assessment on casino operators.

“This has never been done in the United States before and it’s never been done in any jurisdiction of the world where it’s been successful,” Massachusetts Gaming Commission Chairman Stephen Crosby said as the commission received an update on the system’s development, which has been promised since Plainridge Park opened its doors last summer. “So we’ve had to do this from top to bottom. That means everything from software design to marketing materials.”

If successful, future casinos built in the state, such ones in development by Wynn and MGM, would be obligated to adopt the feature.

The American Gaming Association, a casino industry trade group, has voiced concerns about the technology, suggesting it hasn’t proved effective at casinos in Australia, Canada, Norway, Sweden and other countries where they’ve been tried over the years.

The association points to the Canadian province of Nova Scotia, which discontinued its program after nearly nine years, citing low use and gambling revenue declines.

Mark Vander Linden, the Massachusetts Gaming Commission’s Director of Research and Responsible Gaming, notes that Nova Scotia’s system was much more stringent than what Massachusetts proposes.

It was a mandatory program imposed on all slot machine players and the limits couldn’t be adjusted, he says. In contrast, “Play My Way” is voluntary.

If gamblers choose to enroll, they’ll receive automatic notifications when they approach 50 percent and 75 percent of their limit. And they’ll never be cut off from betting. When players hit their limit, an onscreen prompt would simply ask if they want to stop gambling or keep playing. They can also change their limit or unenroll at any time.

Vander Linden added that his office will be closely monitoring the Plainridge Park effort to measure effectiveness. It’s also watching a similar system being piloted at OLG Slots at Georgian Downs, a casino in the Canadian province of Ontario.

“Play My Way” and other so-called “play management” systems are distinct from “self-exclusion” policies in place at Plainridge Park and most U.S. casinos. Those programs bar enrolled gamblers from betting on any casino games.