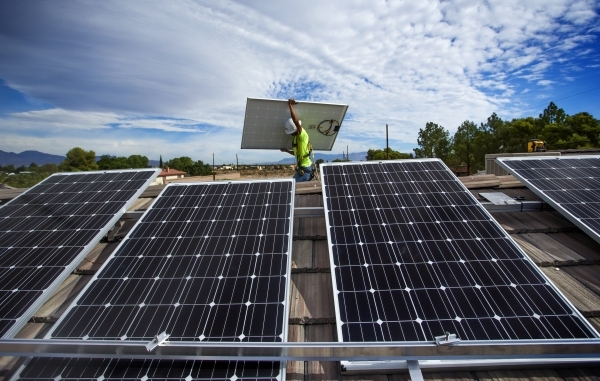 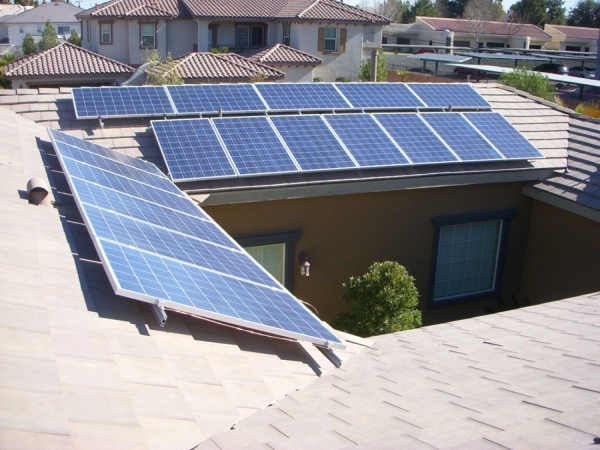 CARSON CITY — A state utility regulator has proposed that the issue of “grandfathering” in customers who installed rooftop solar systems before a new, less favorable net metering rate took effect Jan. 1 be given further consideration.

Public Utilities Commissioner David Noble, in a draft order posted to the agency’s website Wednesday, has proposed to grant a request by the state Bureau of Consumer Protection to reconsider the issue at an upcoming hearing. The full commission will consider the draft order, which is subject to change, at its meeting on Monday.

If the order is approved, Noble will hear additional testimony and evidence on whether the new net metering rates should apply only to new customers moving forward. He will then make a recommendation to the full commission.

“The commission believes there is inadequate evidence upon which to base a decision to implement a grandfathering program, especially in light of the substantial subsidy that such a program would preserve,” Noble’s draft order says in part.

The new rooftop solar rates affect all customers no matter when their systems were installed. A class-action lawsuit has been filed by two Las Vegas rooftop solar customers alleging the utility provided false and/or incomplete information to the PUC on the net metering issue.

There are 15,728 interconnected net metering customers at Nevada Power Co. in Southern Nevada, and 2,536 customers with Sierra Pacific in Northern Nevada.

The potential review of exempting current rooftop solar customers from the new rate comes as an increasing number of homeowners and solar companies are questioning the impact of the new rates as outlined by Noble in the final order from the panel denying a request to stay them from taking effect.

But a post by SolarCity CEO Lyndon Rive dated Tuesday said Noble misled the public when he said the impact on customers would be $1.68 per month. The new rate will be phased in over four years.

“The real impact is more than 25X greater than that — the average Nevada Power solar customer will have to pay NV Energy about $11,000 more over the next 20 years,” Rive said. “As a result of the ruling, Nevadans will receive a lower payment for the solar power they generate than anyone else in the world, and Nevada Power will turn around and sell the electricity solar customers produce to their neighbors at a 400 percent higher price.”

SolarCity said it cut 550 jobs in Nevada and no longer sells or installs systems as a result of the new net metering rates.

Concerns have also been raised by Robert Johnston, senior attorney for Western Resource Advocates and counsel for Nevadans for Clean Affordable Reliable Energy, who said in a statement: “While I have the greatest respect for all of the commissioners, I think they in this instance have acted without a careful vetting of the bill impacts of the new rate structure on rooftop solar customers.”

He said Noble’s analysis on the impact of the new rate assumes a solar system that is only offsetting 56 percent of the customer’s energy use.

“Those rate increases are a lot higher if, like many of the systems installed over the last year, you’re offsetting all or nearly all of your energy use.” Johnston said. “We’ve done some preliminary analyses of the rate impacts for a Nevada Power Company residential customer offsetting 95 percent of their energy use, and, for those customers, it looks to us like they will be seeing immediate rate increases closer to 65-70 percent, or $150-$175 per year.”

By January 2020 when the new rate takes full effect, these customers could be looking at rate increases of 300 percent to 400 percent over what they were previously paying, he said.

“There’s a big difference between having your bill bump up 2 percent versus 70 percent,” Johnston said. “We hope the commission grants reconsideration and takes a careful look at the range of increases that existing net metering customers could see from the tariffs that went into effect January 1, because at this point I don’t believe those rate impacts are well understood.”

In its request for reconsideration on the grandfathering issue, the Bureau of Consumer Protection said: “This is a matter of integrity and honor that will severely damage the reputation of Nevada’s government and its ability to persuade customers to engage in programs in the future, if the perception is created that the commission will not honor or recognize deals prior commissions or legislatures once offered to encourage people to participate in programs that in many cases cost them thousands of dollars out of their own pockets.”