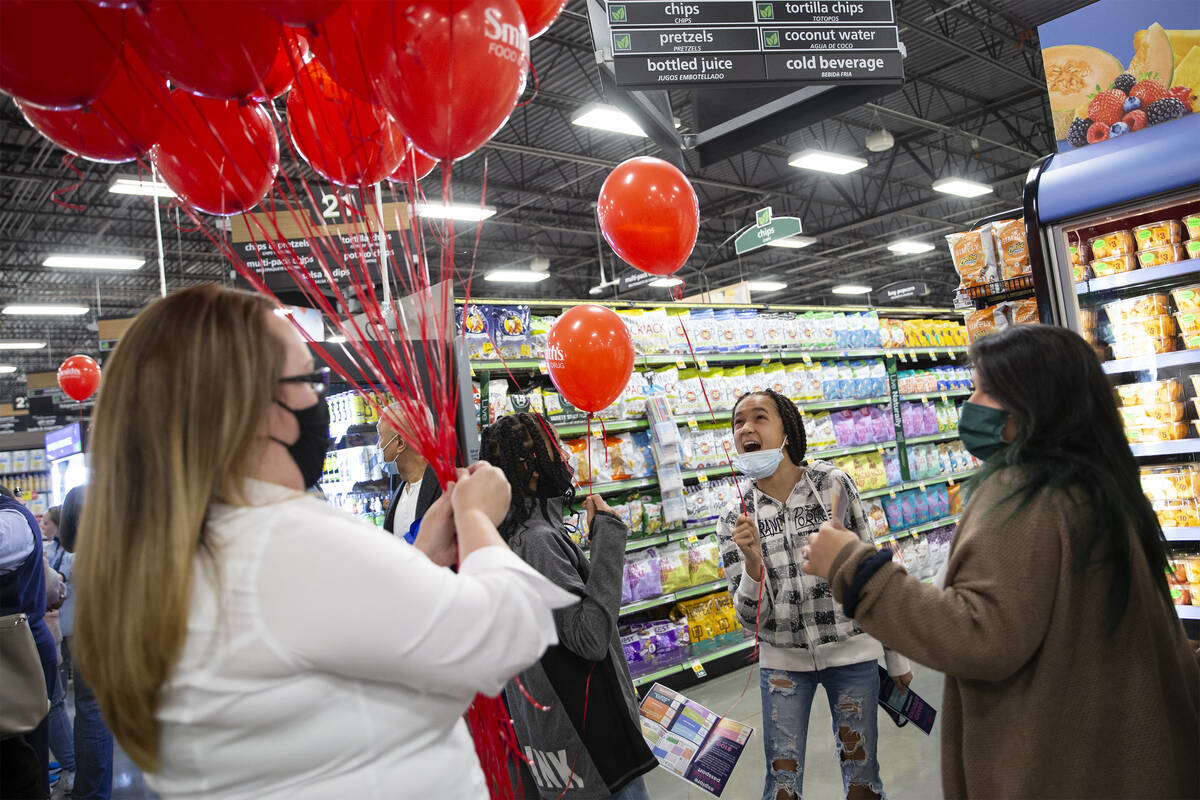 Taitum Davis, 13, second from right, reacts while getting a balloon during a preview celebration for the new Smith’s Marketplace at 845 East Lake Mead Parkway on Friday, Jan. 28, 2022, in Henderson. (Ellen Schmidt/Las Vegas Review-Journal) @ellenschmidttt 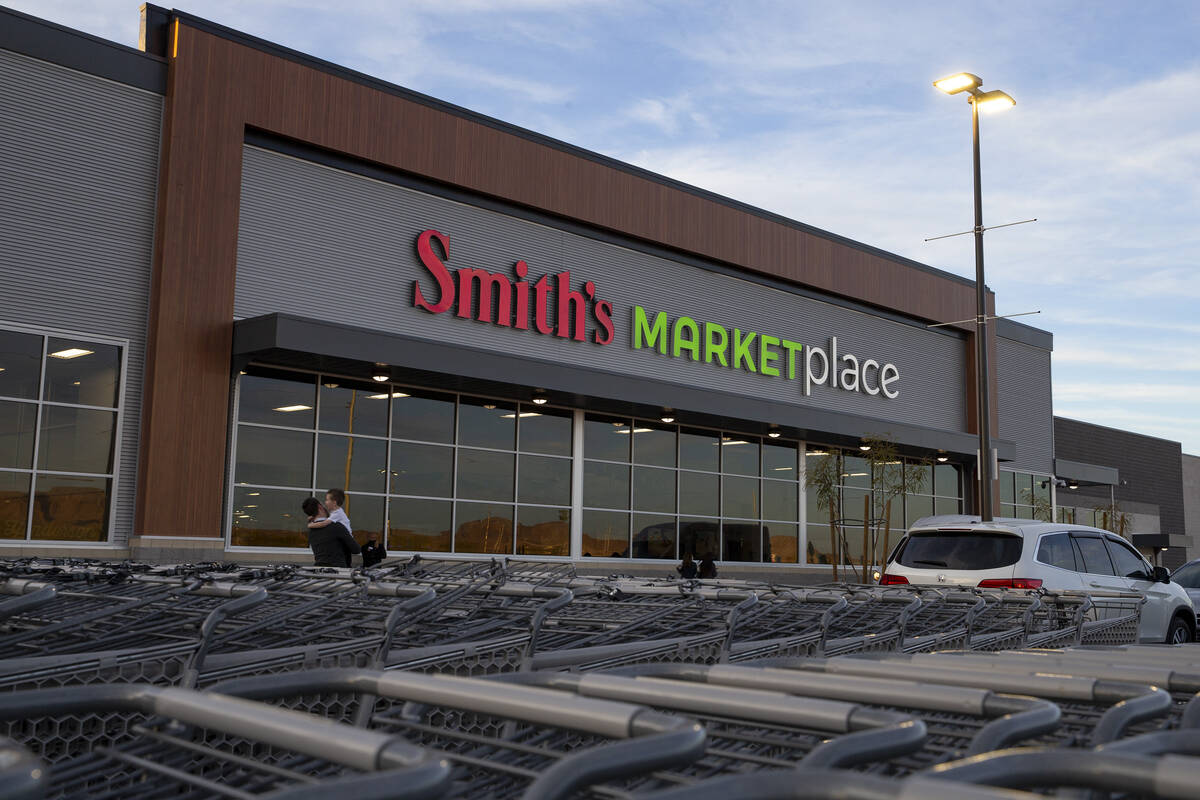 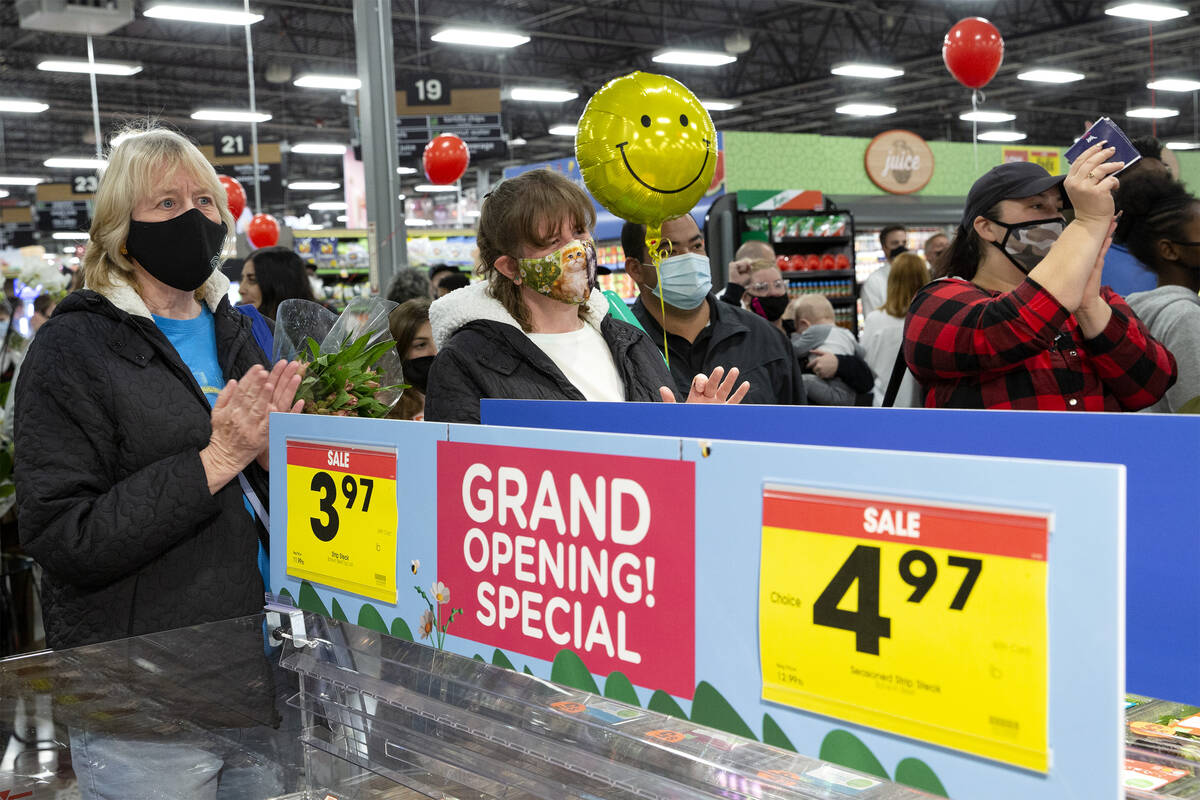 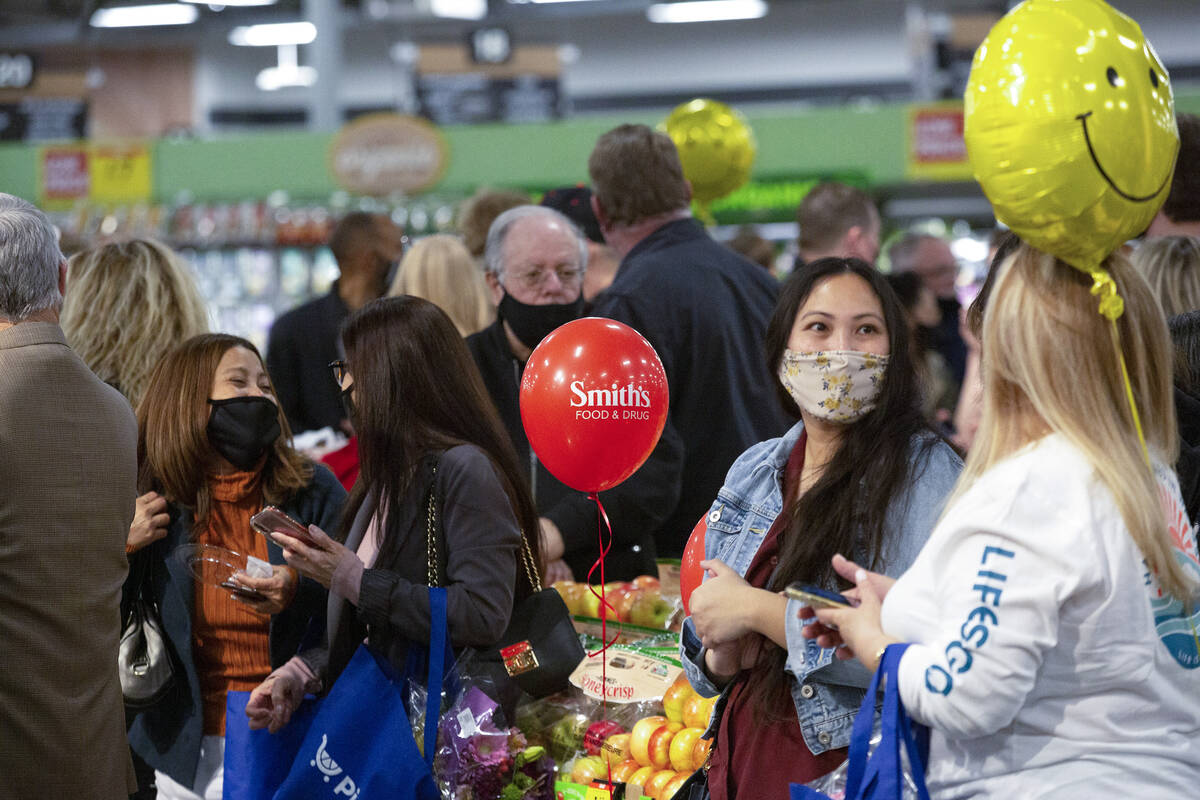 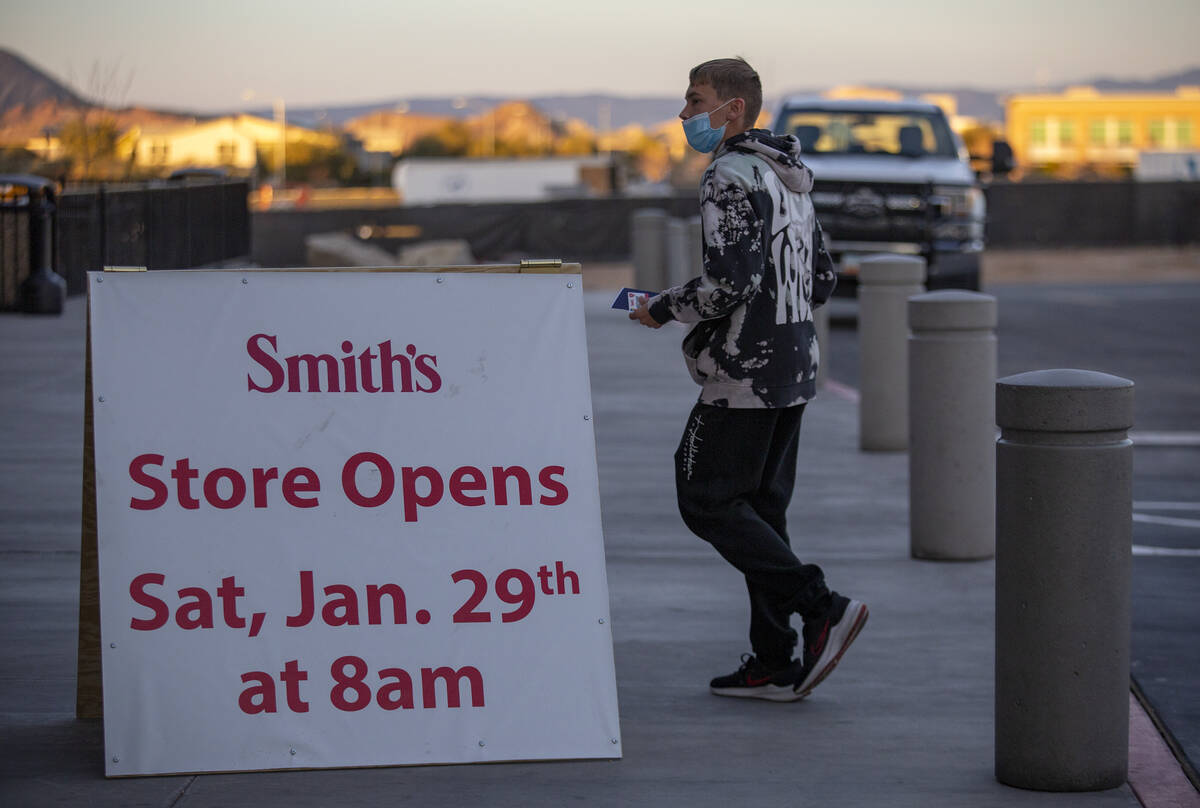 A customer walks into the the new Smith’s Marketplace at 845 East Lake Mead Parkway during a preview celebration ahead of the store’s grand opening on Friday, Jan. 28, 2022, in Henderson. (Ellen Schmidt/Las Vegas Review-Journal) @ellenschmidttt 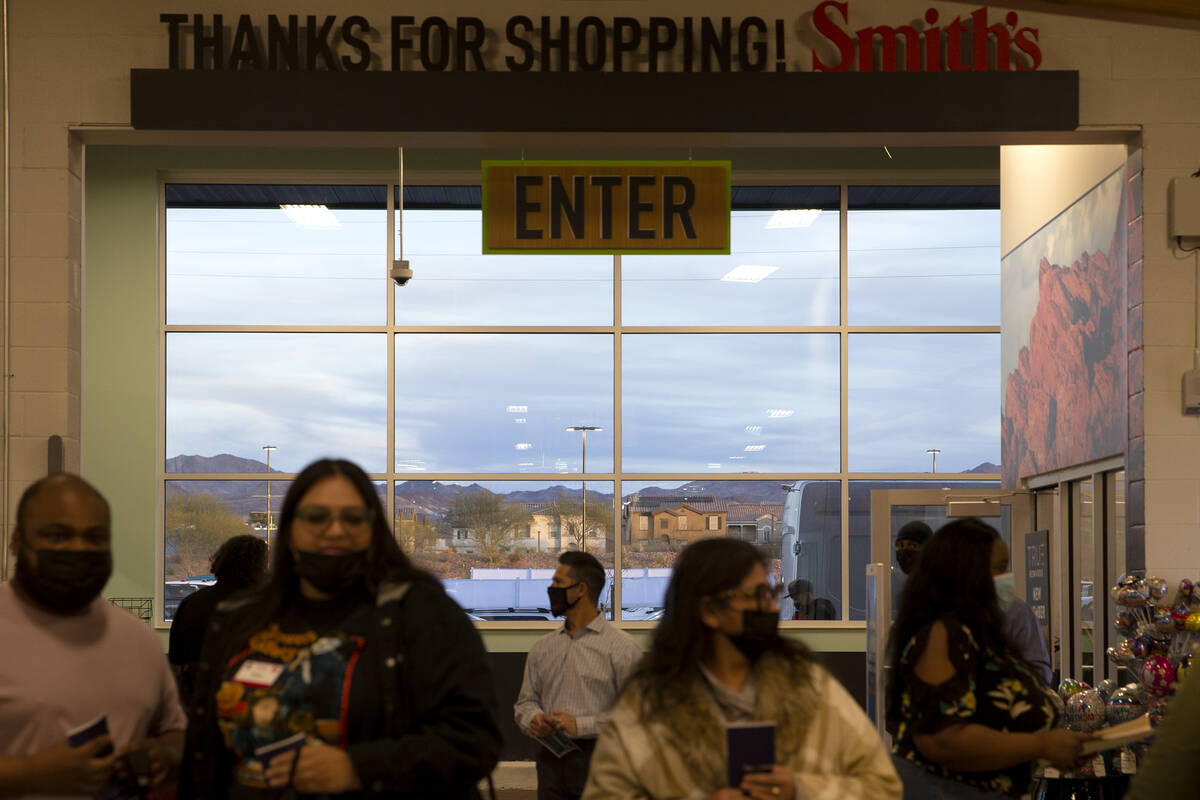 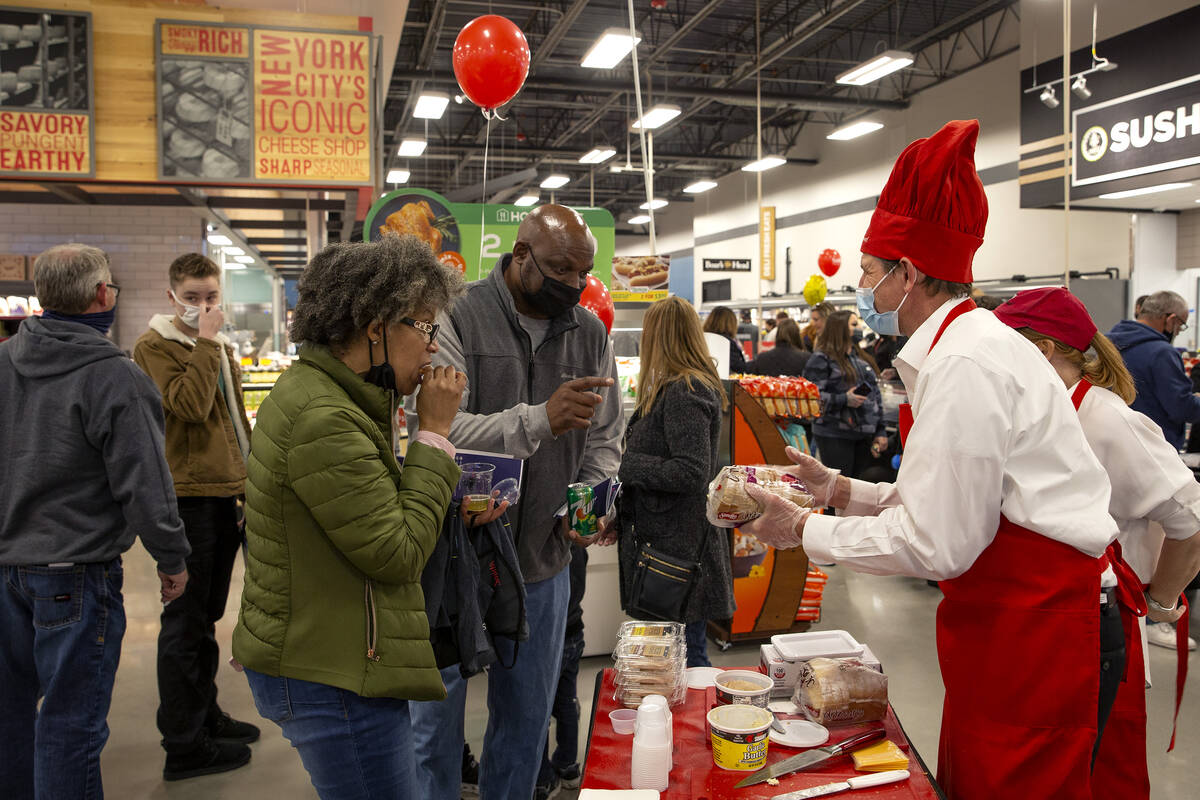 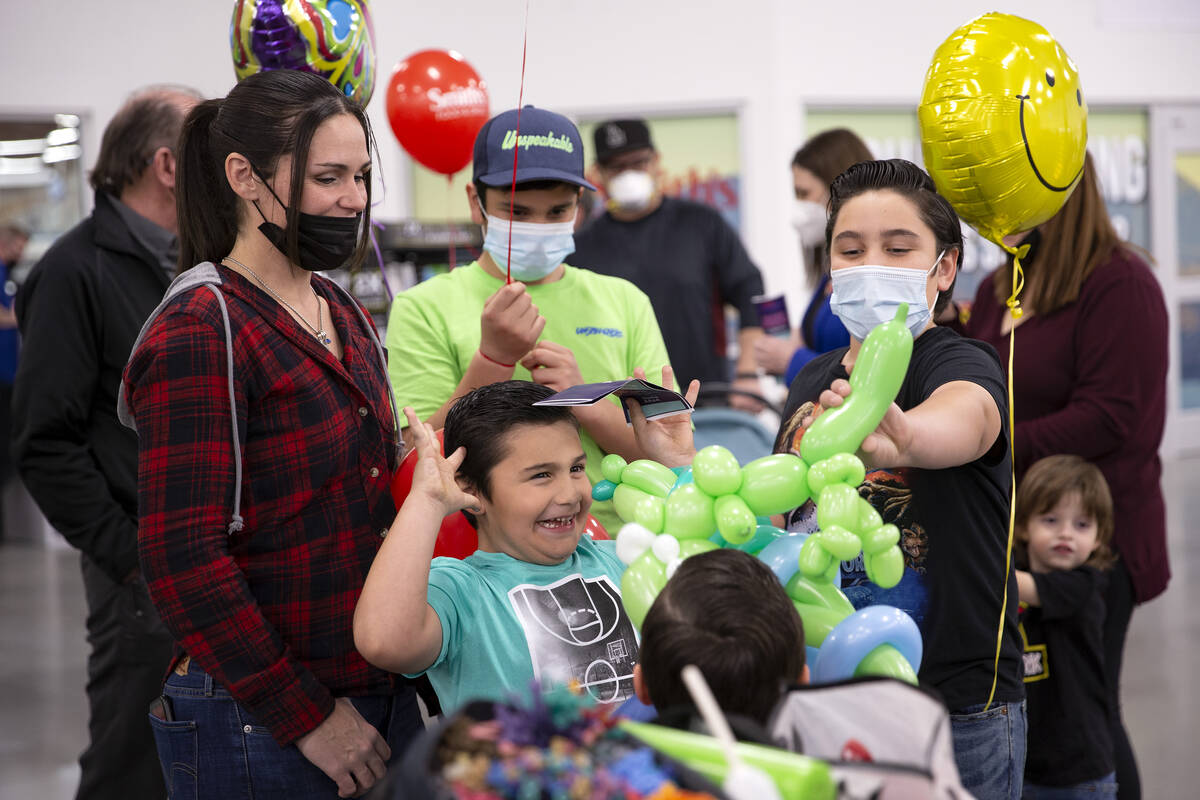 The Cervantes family wait in line for balloon animals during a preview celebration for the new Smith’s Marketplace at 845 East Lake Mead Parkway on Friday, Jan. 28, 2022, in Henderson. From left is Raven Cervantes and her sons, Elias Cervantes, 7, Hayden Cervantes, 13, Lucas Cervantes, 5, and Jace Cervantes, 10. (Ellen Schmidt/Las Vegas Review-Journal) @ellenschmidttt 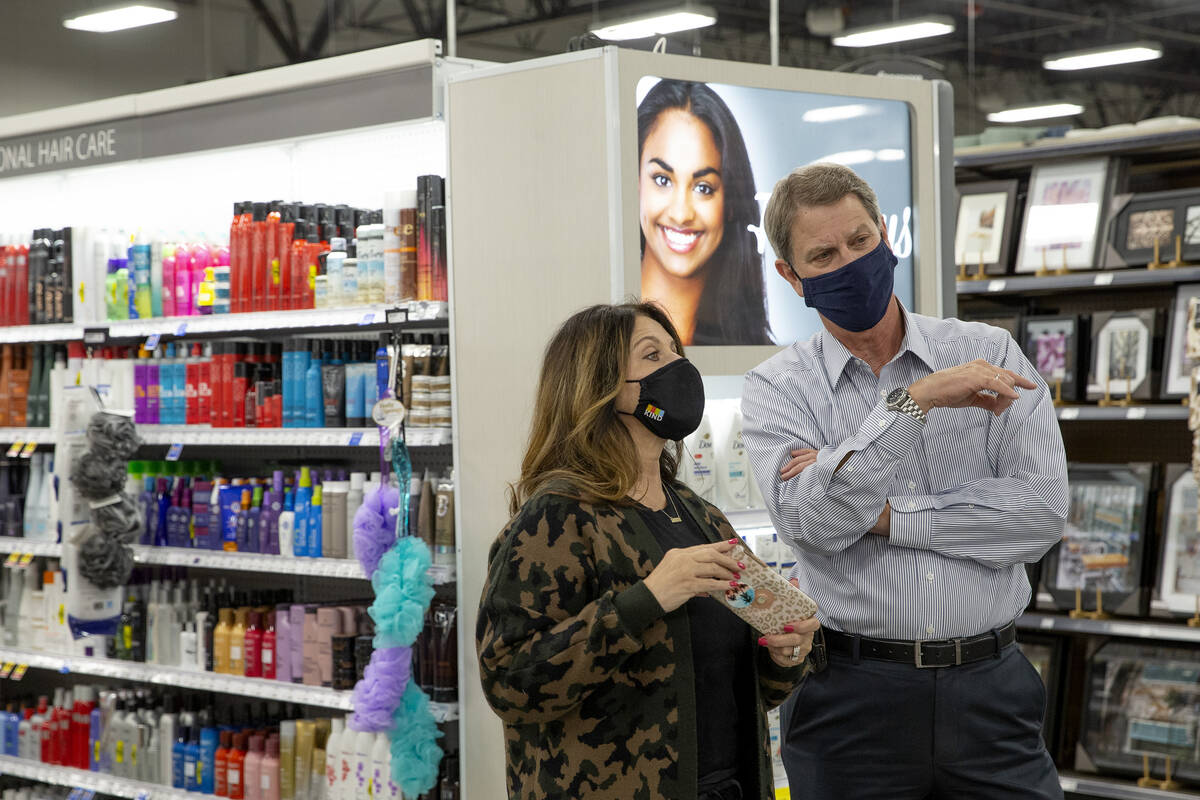 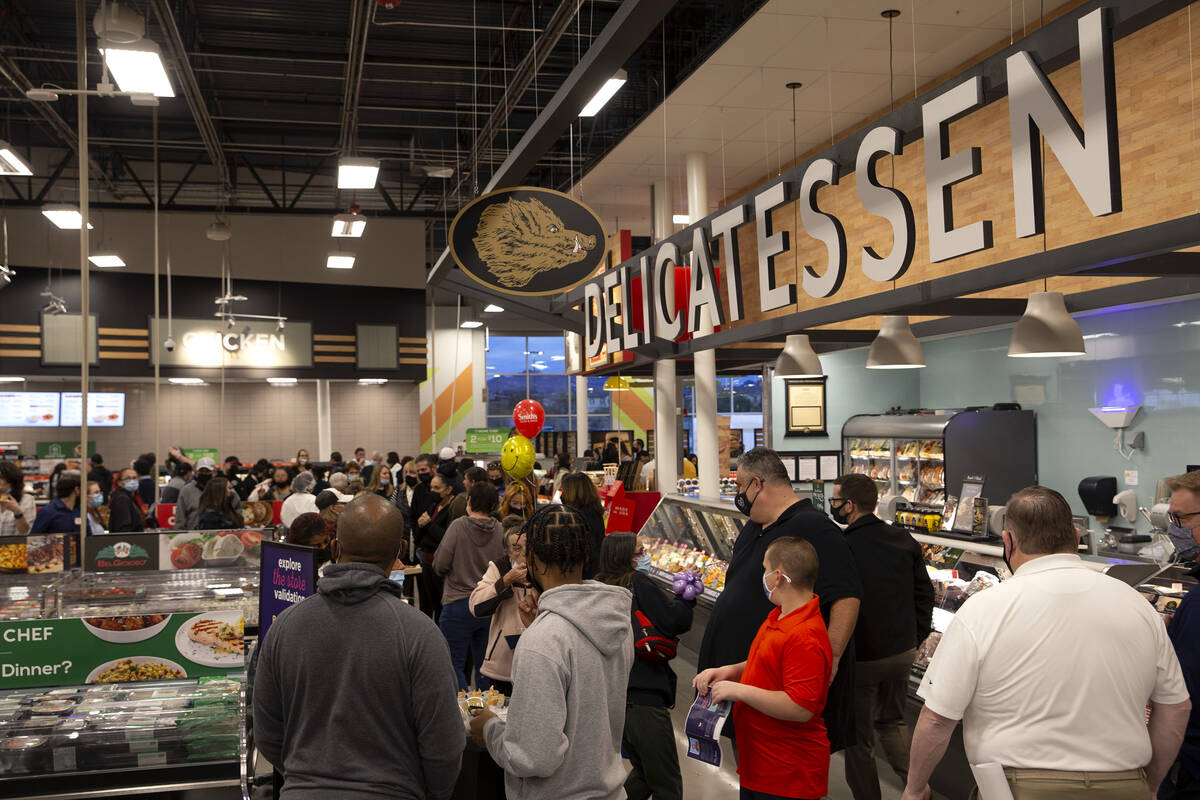 Hundreds attend a preview celebration for the new Smith’s Marketplace at 845 East Lake Mead Parkway on Friday, Jan. 28, 2022, in Henderson. The delicatessen is one element of the multifaceted store. (Ellen Schmidt/Las Vegas Review-Journal) @ellenschmidttt 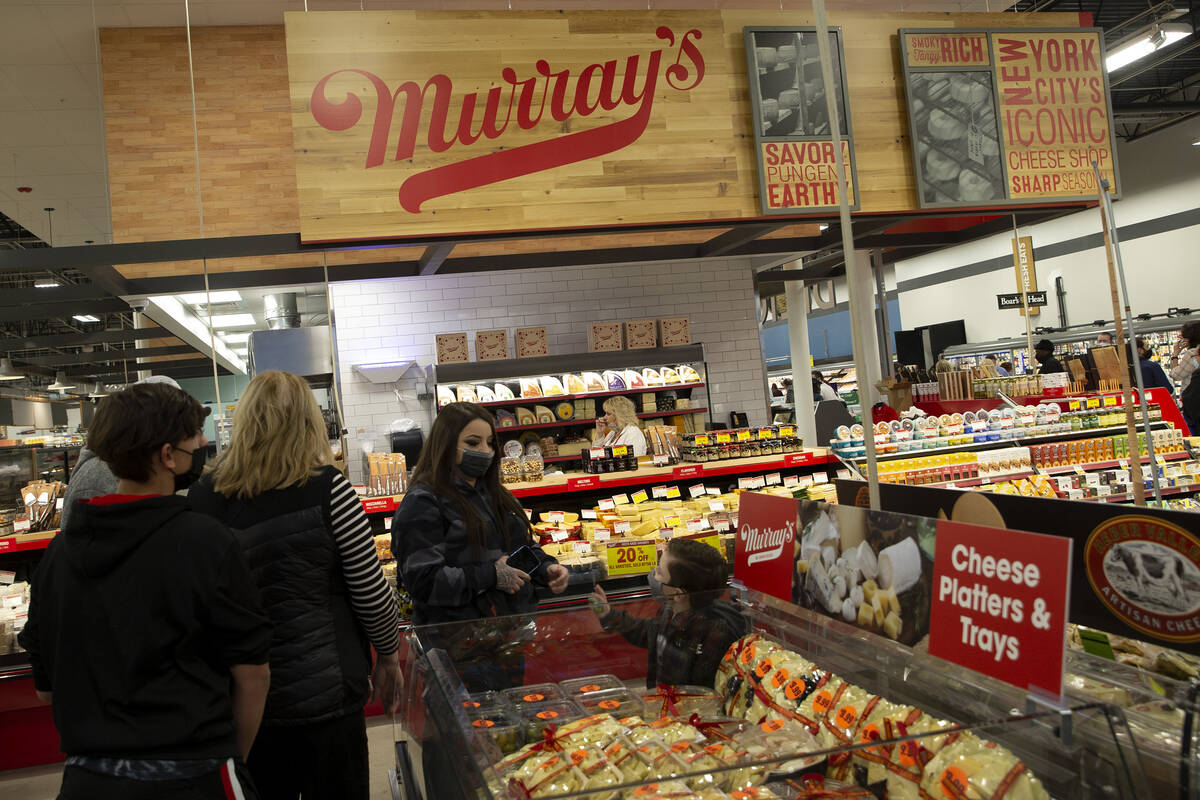 Attendees of a preview celebration for the new Smith’s Marketplace at 845 East Lake Mead Parkway pass the cheese section of the multifaceted store on Friday, Jan. 28, 2022, in Henderson. (Ellen Schmidt/Las Vegas Review-Journal) @ellenschmidttt 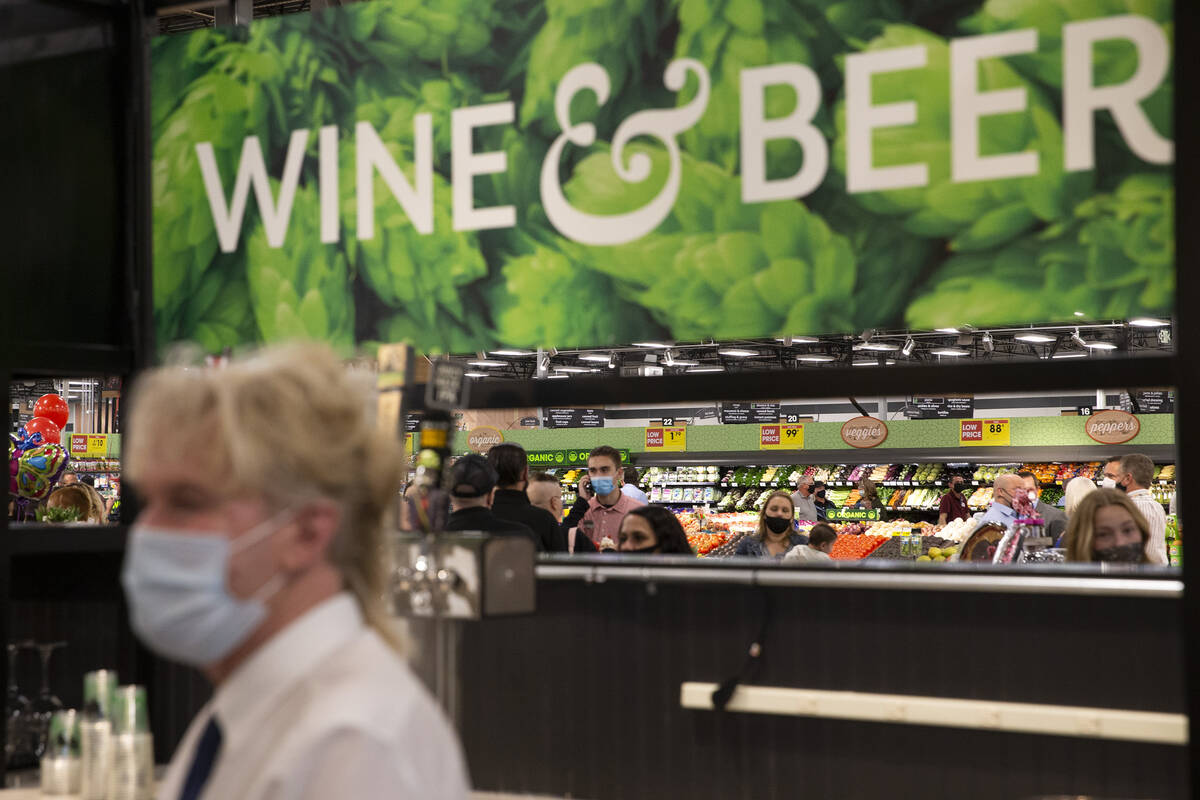 The in-store bar is open during a preview celebration for the new Smith’s Marketplace at 845 East Lake Mead Parkway on Friday, Jan. 28, 2022, in Henderson. (Ellen Schmidt/Las Vegas Review-Journal) @ellenschmidttt 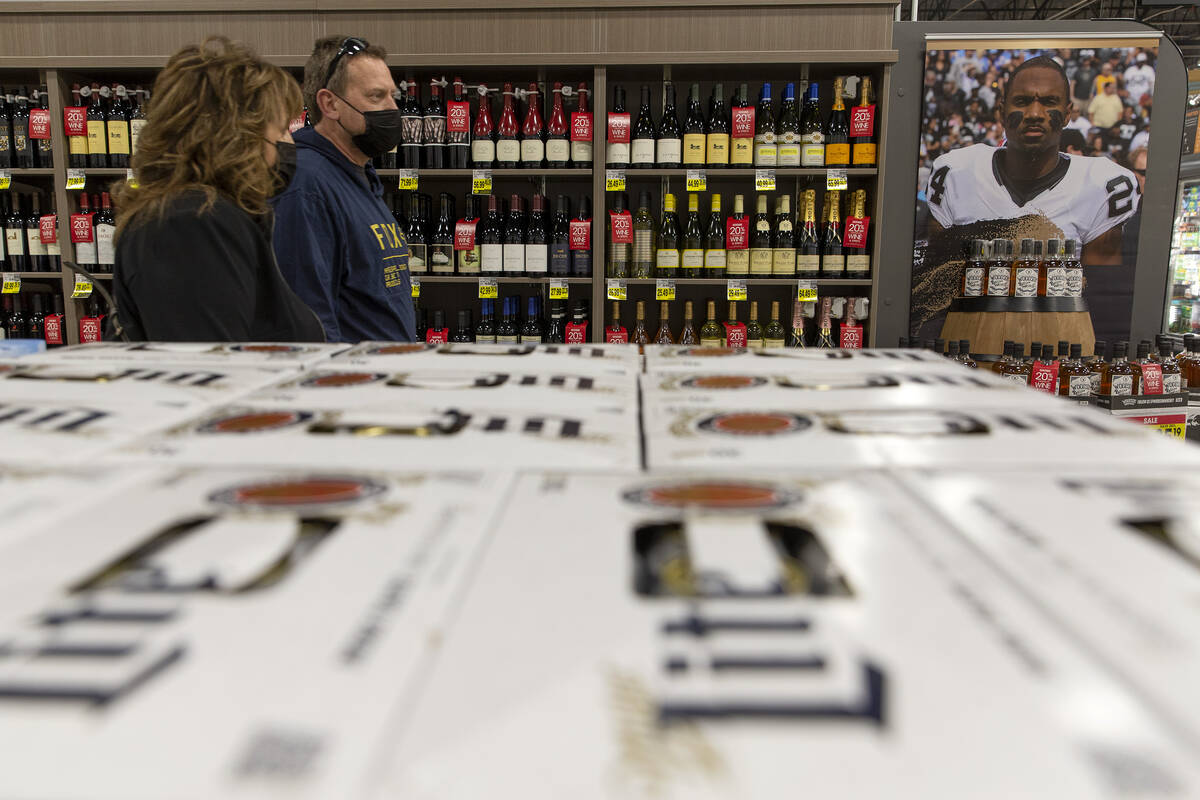 Beer, wine and liquor is displayed during a preview celebration for the new Smith’s Marketplace at 845 East Lake Mead Parkway on Friday, Jan. 28, 2022, in Henderson. (Ellen Schmidt/Las Vegas Review-Journal) @ellenschmidttt 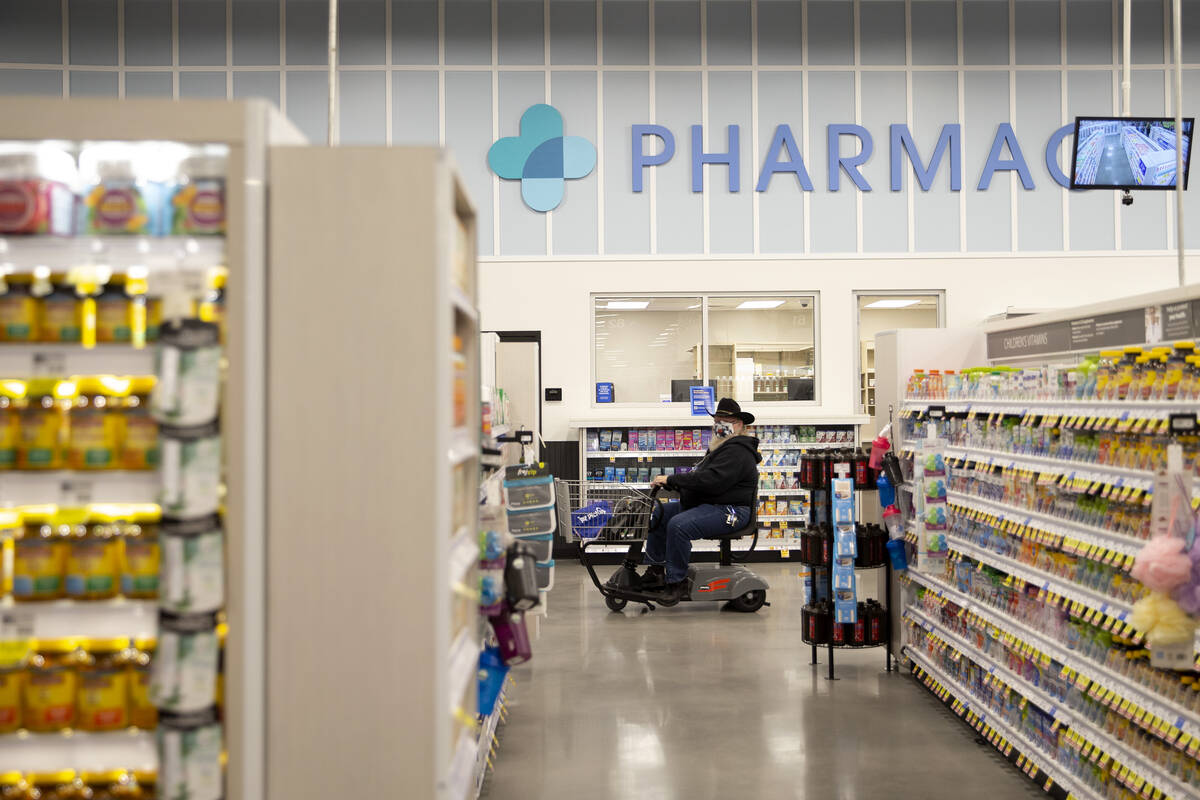 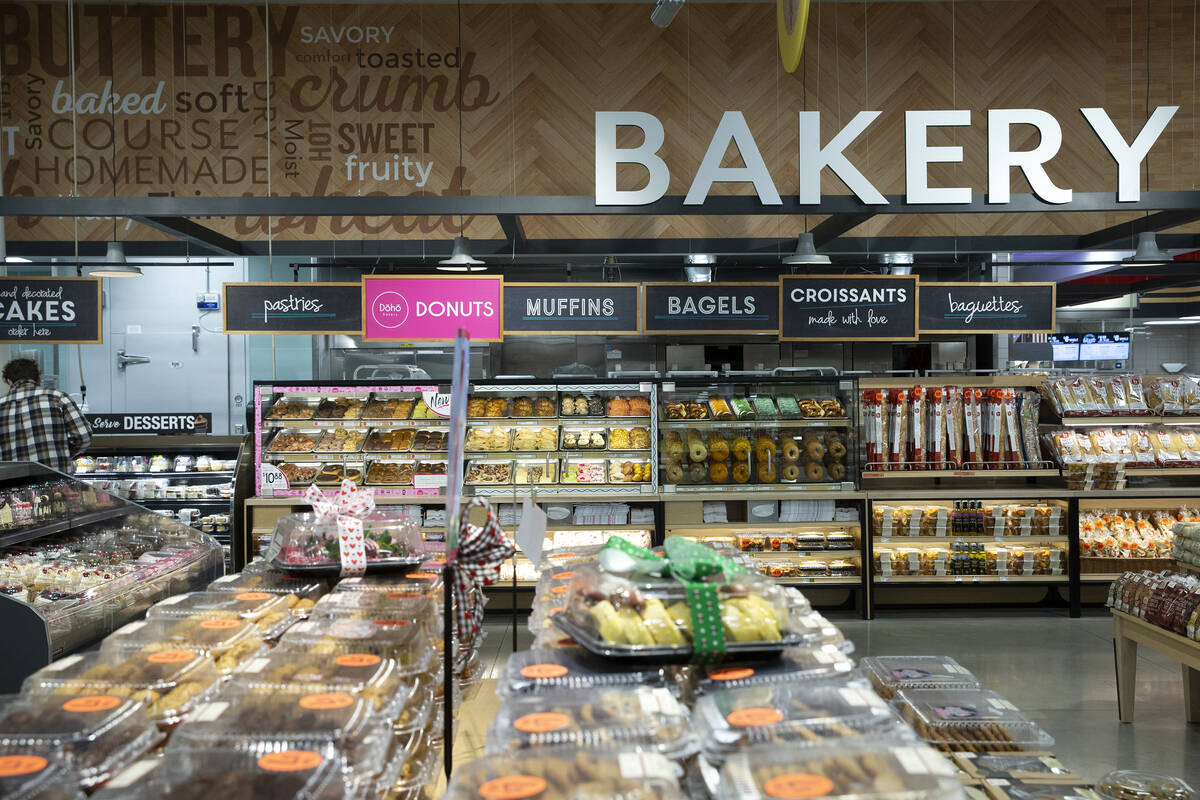 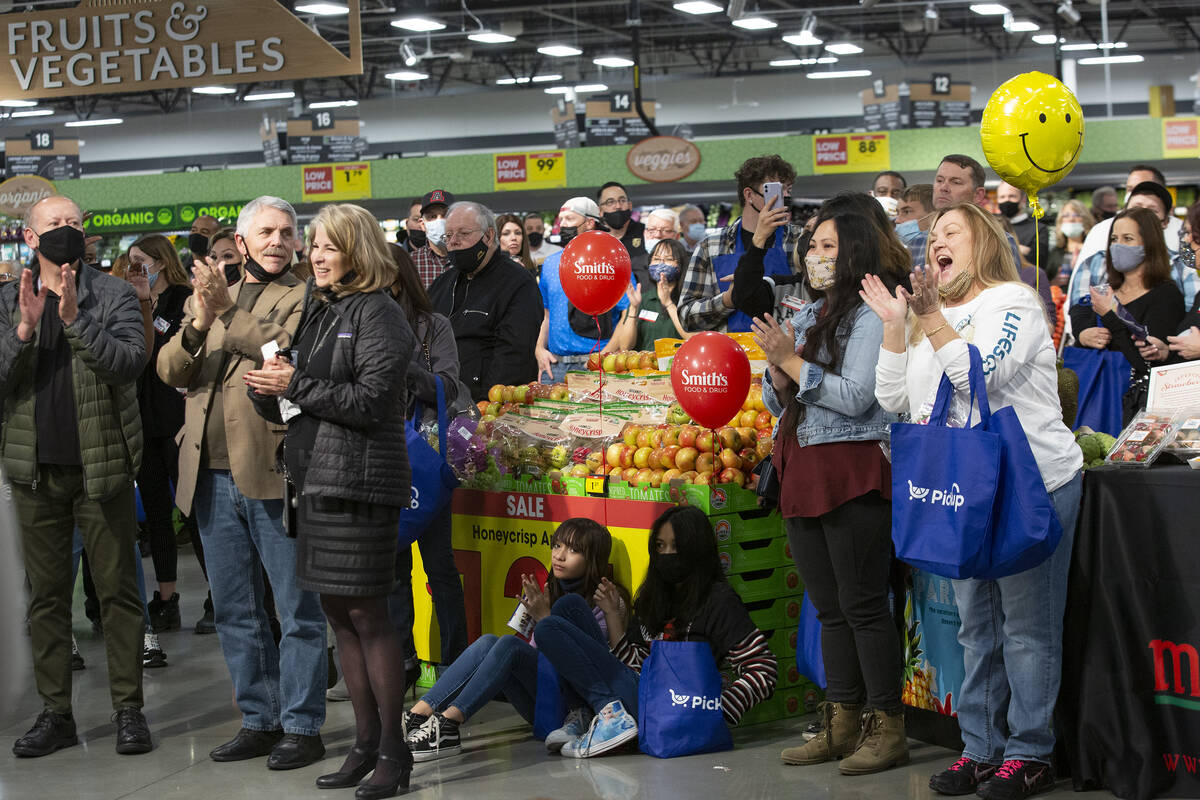 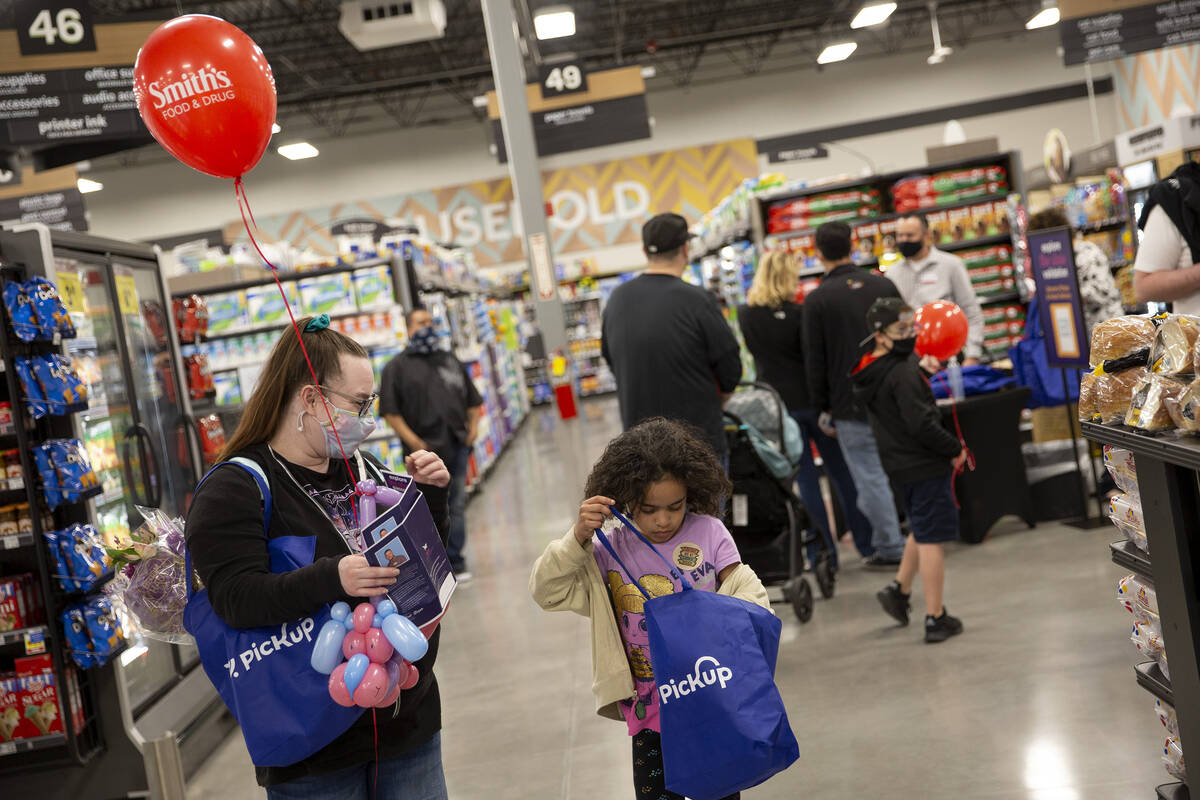 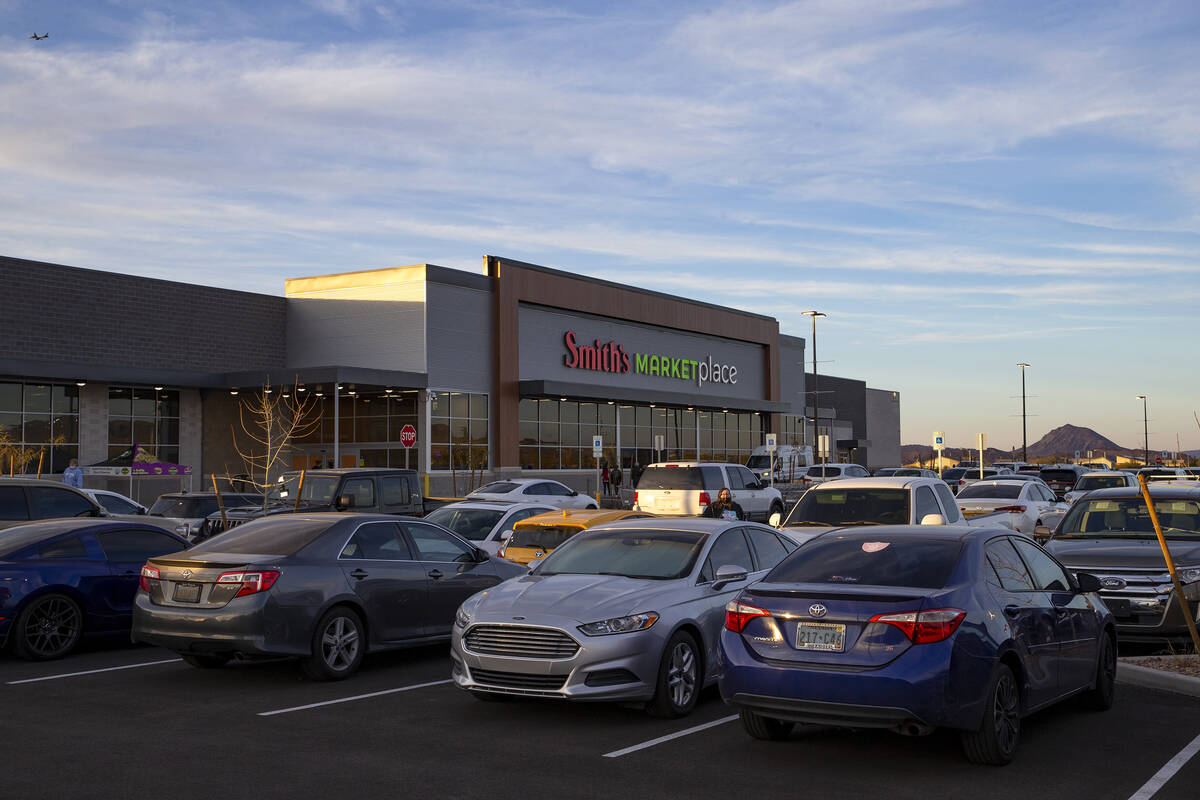 A new store concept from Smith’s will officially open Saturday at Henderson’s Cadence Village Center after the blueprint found success in the northwest valley.

“When I say multidepartment store, it really is your one-stop shop for everything that you need,” Aubriana Martindale, corporate affairs manager for the company, said. “So at your Smith’s store, you’re usually used to just getting your groceries. Here, you can get your groceries plus more. You can get apparel. … You can get home decor to spruce up the house. Anything you can possibly need is here.”

The new departments include apparel, houseware, toys, hardware and small kitchen appliances. The marketplace also has a Starbucks, Murray’s Cheese shop, a wine and beer bar and a Smith’s Fuel Center.

At a limited preview on Friday, Smith’s associates from across the valley and their families sampled food and walked through the store’s 63 aisles.

Las Vegas resident Sarah Freshwater was surprised by the product diversity. She’s visited the Skye Canyon location in the past and noted the Henderson store had a more modern design.

Henderson Mayor Debra March said residents of the Cadence community and the east side of the city have been “clamoring” for a grocery store in their neighborhood.

“We’ve been hearing from our residents for years,” March said. “They’ve wanted grocery stores here in the Cadence area. We just didn’t have the rooftops before. With the growth that’s occurred in this area, we can now support a grocery store like this. And this is more than a grocery store, it really is a marketplace.”

Smith’s Marketplace is expected to add 230 new jobs to the area, according to the company.

The store, at 845 E. Lake Mead Parkway, will open at 8 a.m. Saturday with the grand opening festivities beginning about a half-hour earlier. The first 400 customers will receive a $10 gift card, according to a news release.

Smith’s is also using the occasion to support several community and hunger relief groups in the Las Vegas Valley, including a $9,000 donation to the Boys &Girls Club of Southern Nevada, $5,000 to Communities in Schools of Nevada and $2,000 to neighboring Basic High School.

The school’s marching band and junior varsity cheer team are expected to perform before the ribbon-cutting ceremony and official opening.