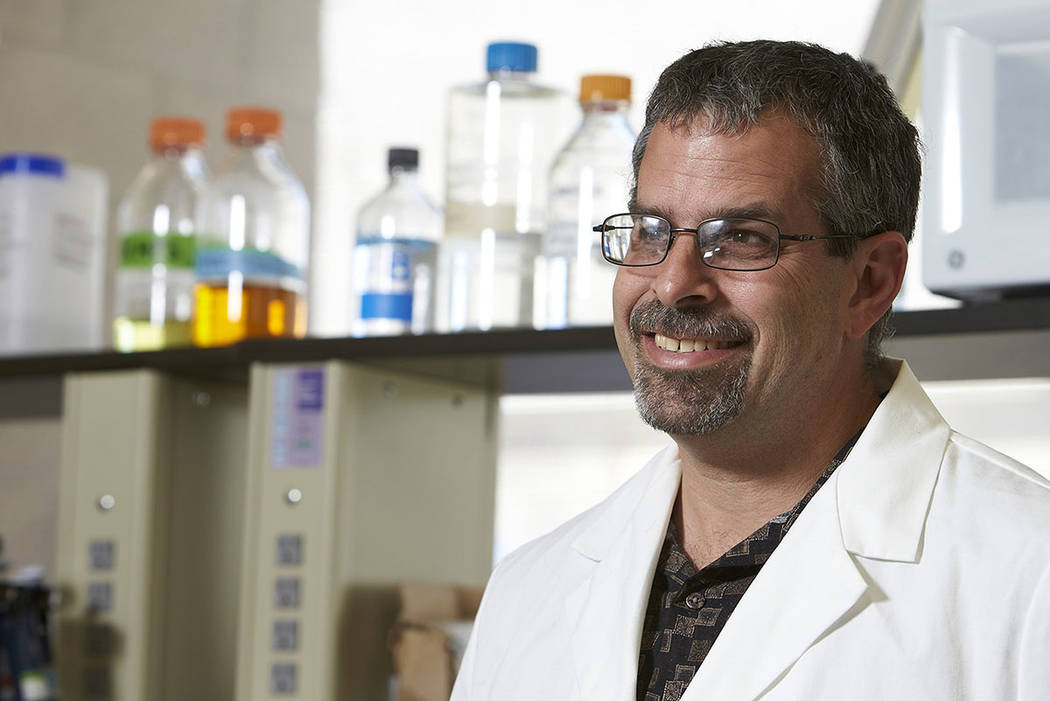 Martin Schiller is the founder of Heligenics and executive director of UNLV's Nevada Institute of Personalized Medicine. (Martin Schiller)

Martin Schiller’s research lab at UNLV is creating far more than just experiments. The research completed inside the Schiller Laboratory of Applied Bioinformatics has led to Schiller’s Heligenics, a startup that could help genetics testing companies shine a light on undiagnosed diseases.

The business-to-business company can work with genetic testing companies by analyzing all possible variations in a gene, which gives genetics testing companies more accurate results, said Schiller, founder and CEO.

Heligenics also has the potential to work alongside pharmaceutical companies to help develop drugs and assist with genetic carrier screenings, which look for potentially dangerous genetic disorders a parent could pass down to their children.

The Review-Journal recently spoke with Schiller about his jump from the academic space to startups and how the two worlds share many similarities. The interview with has been edited for length and clarity.

Is this your first venture as an entrepreneur?

I’ve always had businesses I’ve started during my life, and they’ve all made some money, not much. I always had a career as a scientist. This is the first time I’m pursuing a business in my direct area of expertise. I ran one as a 14-year-old, Benny and Sons Painting. I got myself through college making enough money painting residential houses, and some commercial, too. As a postdoc, I started a yeast culture kit company and we ran it for a few years and sold it. We cultured yeast for microbreweries at the start of the microbrewery revolution. Then, Schiller Realty Group, I started later when I was an assistant professor. We rented properties, but then eventually subdivided the companies and sold off the building lots. … I’ve learned a lot of what you should and shouldn’t do.

What sort of impact did your career at UNLV have on your startup?

When I started my research lab in 1997, it wasn’t long before I realized that when you run your lab at a university, you’re running a small business. You’re in charge of funding, staffing … it’s no small feat to start up your own lab. Having run a lab for 20 years, I’ve trained in all these aspects of running a small business, just in a different way.

The support network around me and the education I’ve gotten and the quality of people I interact with are so different than the last times I attempted any (startups). There’s so much support around this business effort, it’s much different than anything else I’ve done before.

What’s the next step for your startup?

Jan. 1, no matter what, we’re going to launch the implementation stage with building a lab and getting it staffed. It’s really just replicating the science that’s already going on in my lab. I think it’ll take us a couple of months to find the right site and a couple of months to get staffed and equipped. I think it’ll probably take a whole year to get it up and running. … We’re planning on building in Las Vegas or Henderson.