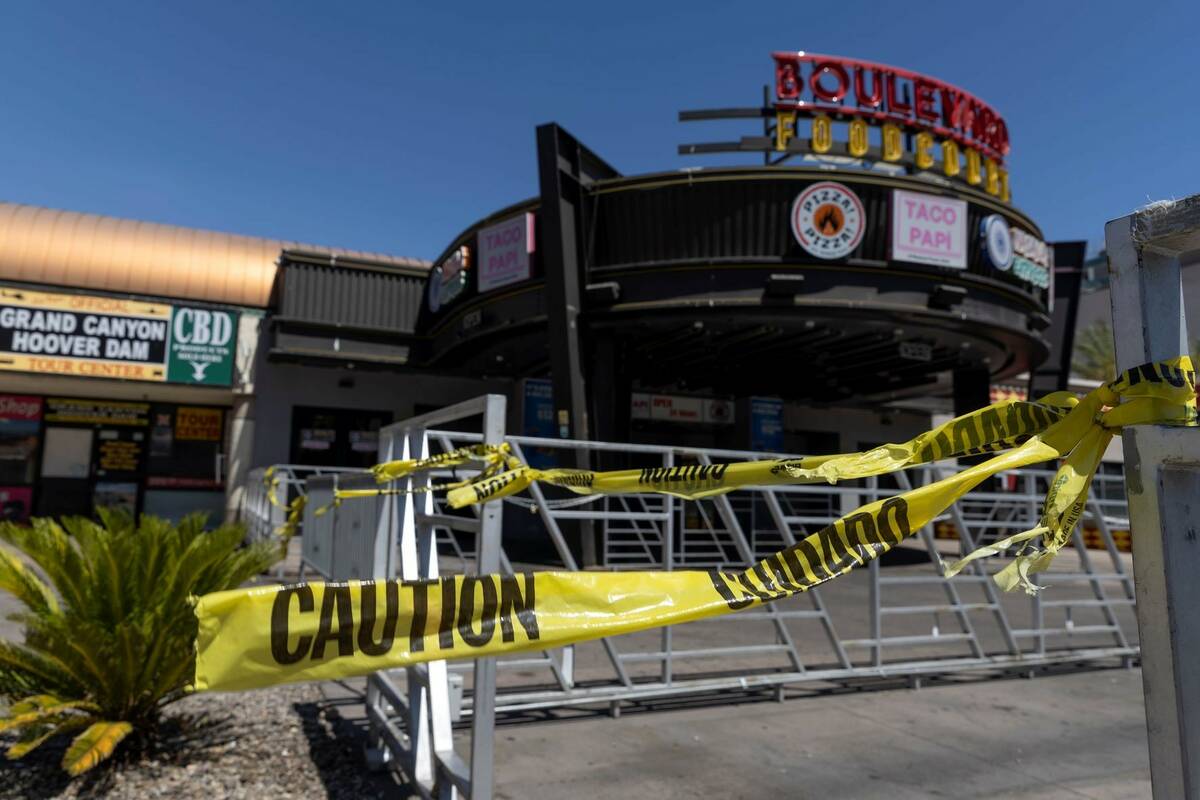 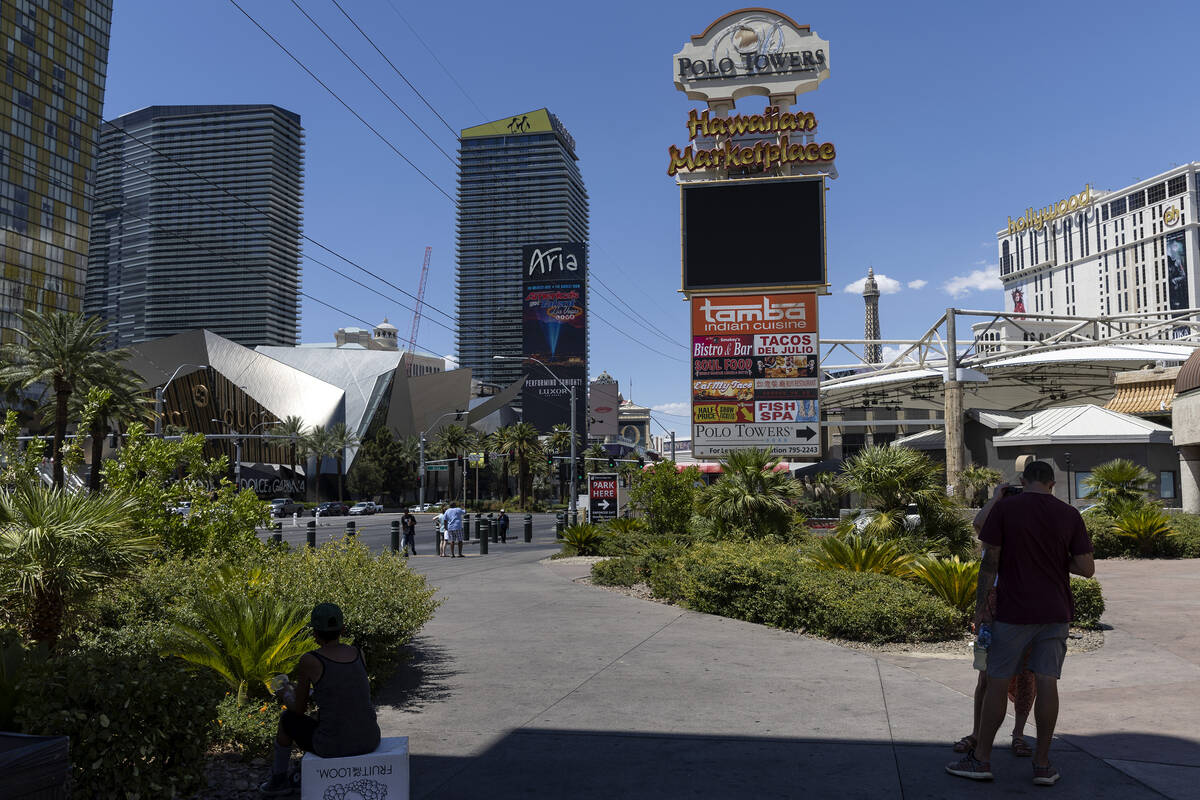 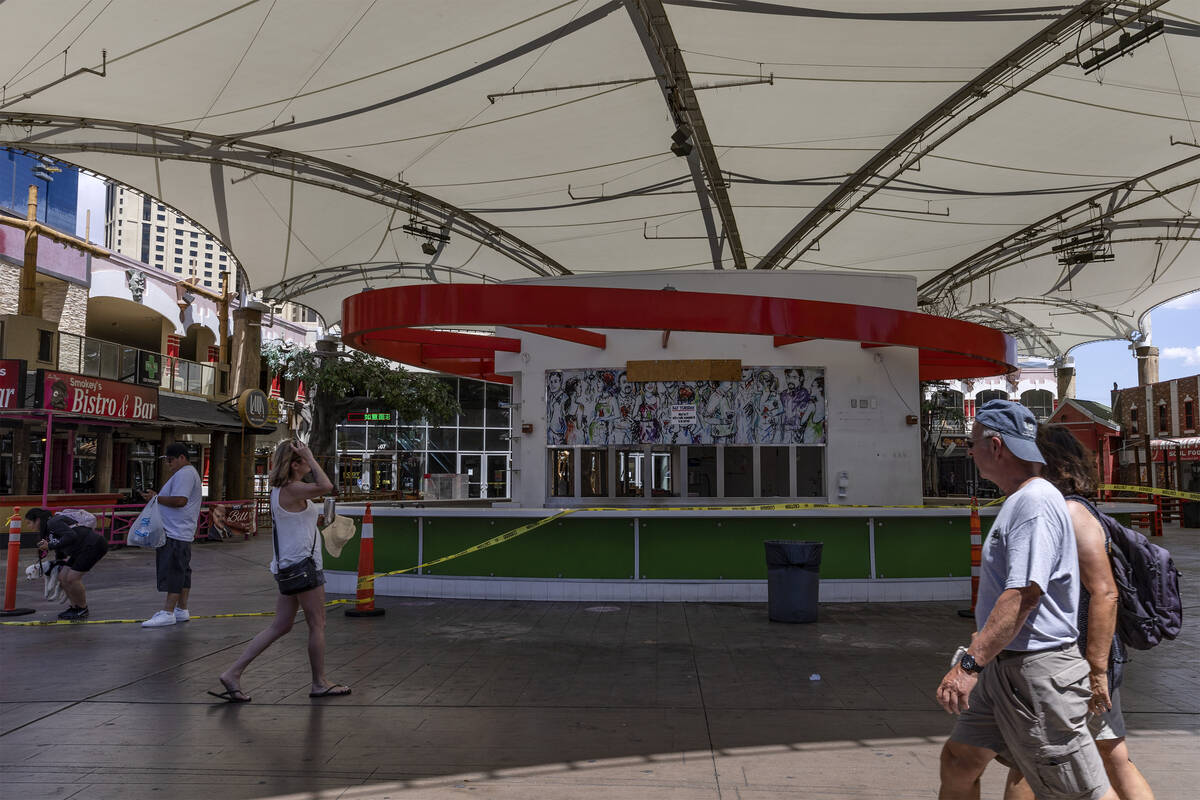 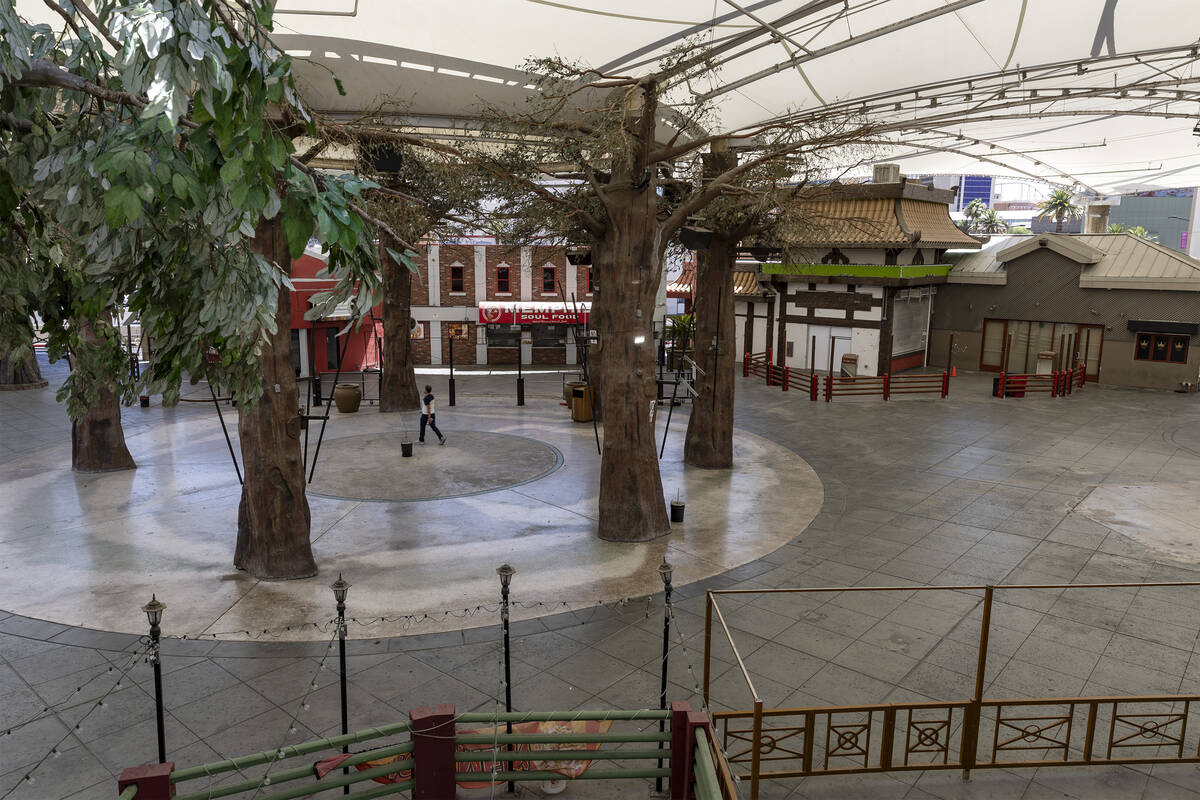 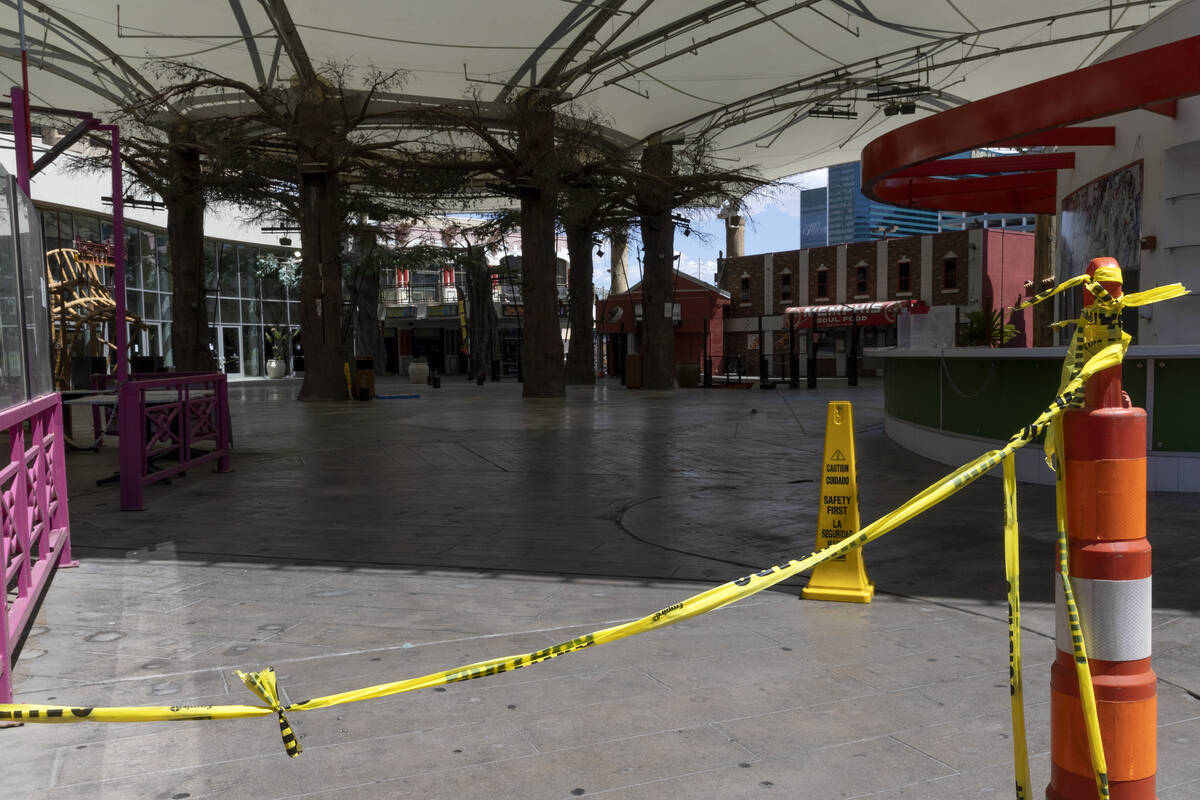 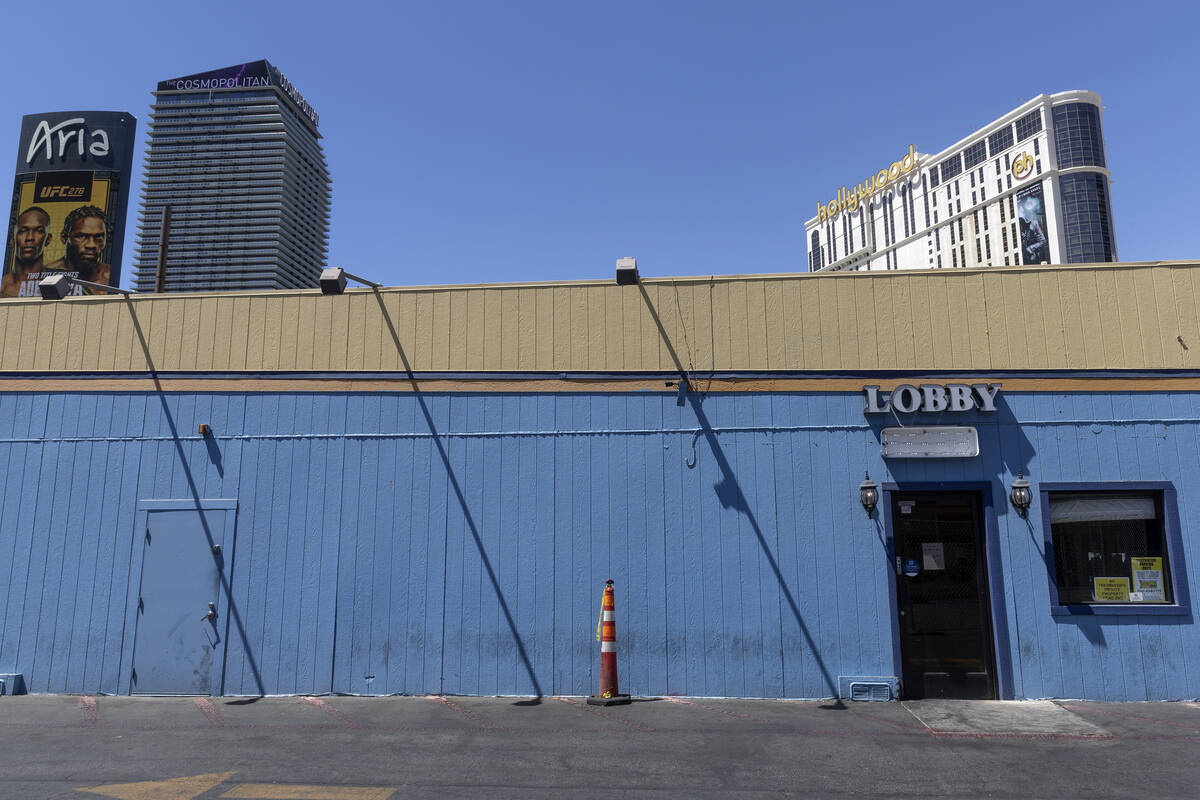 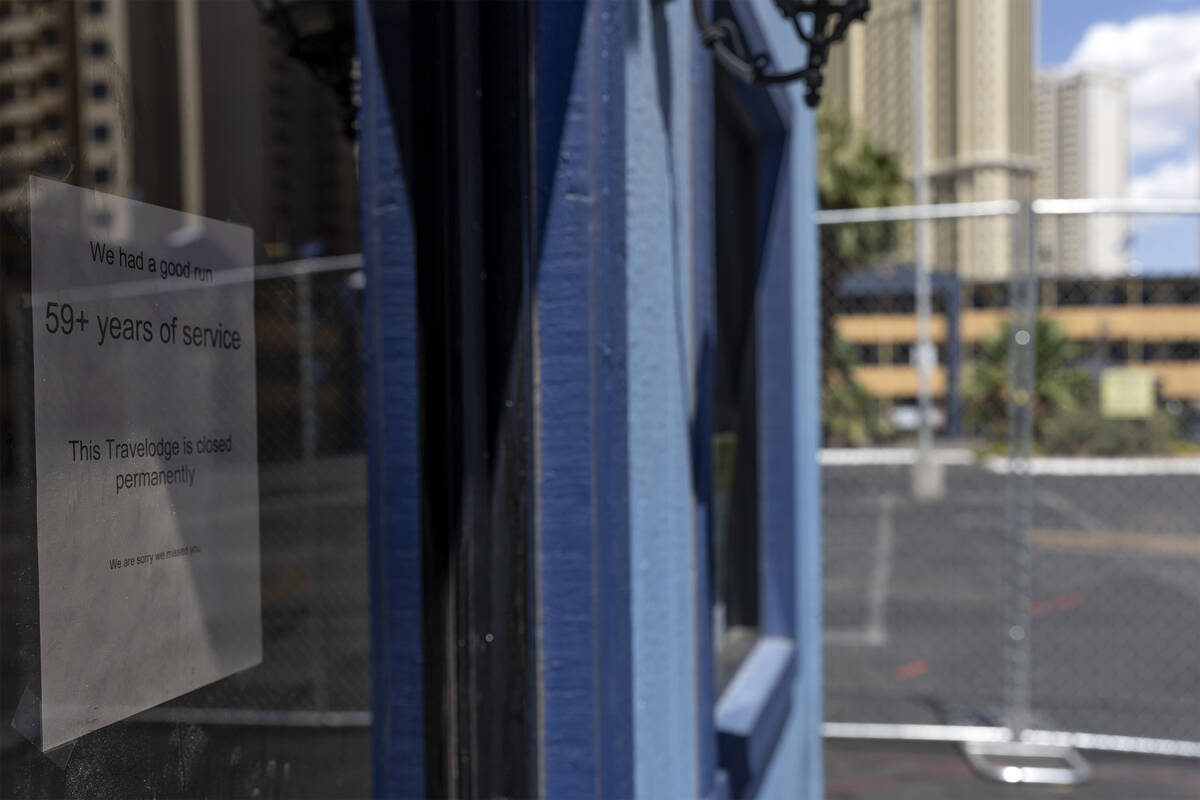 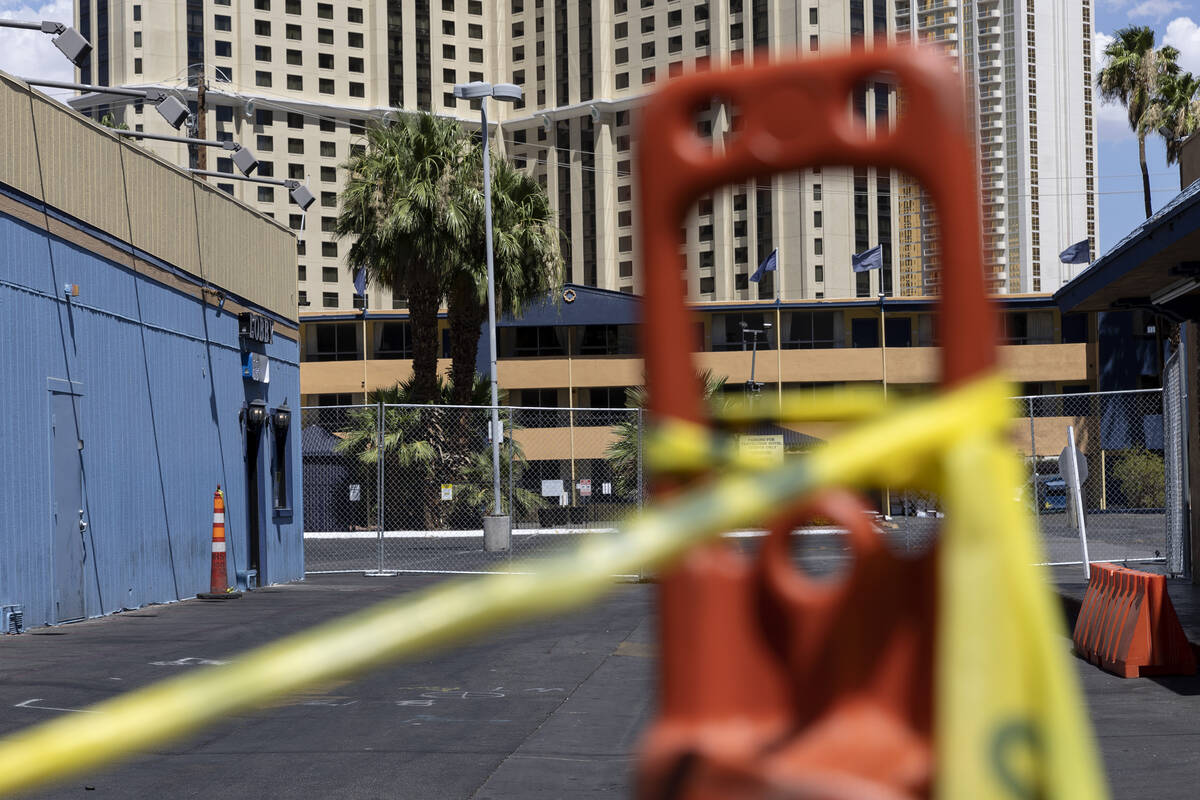 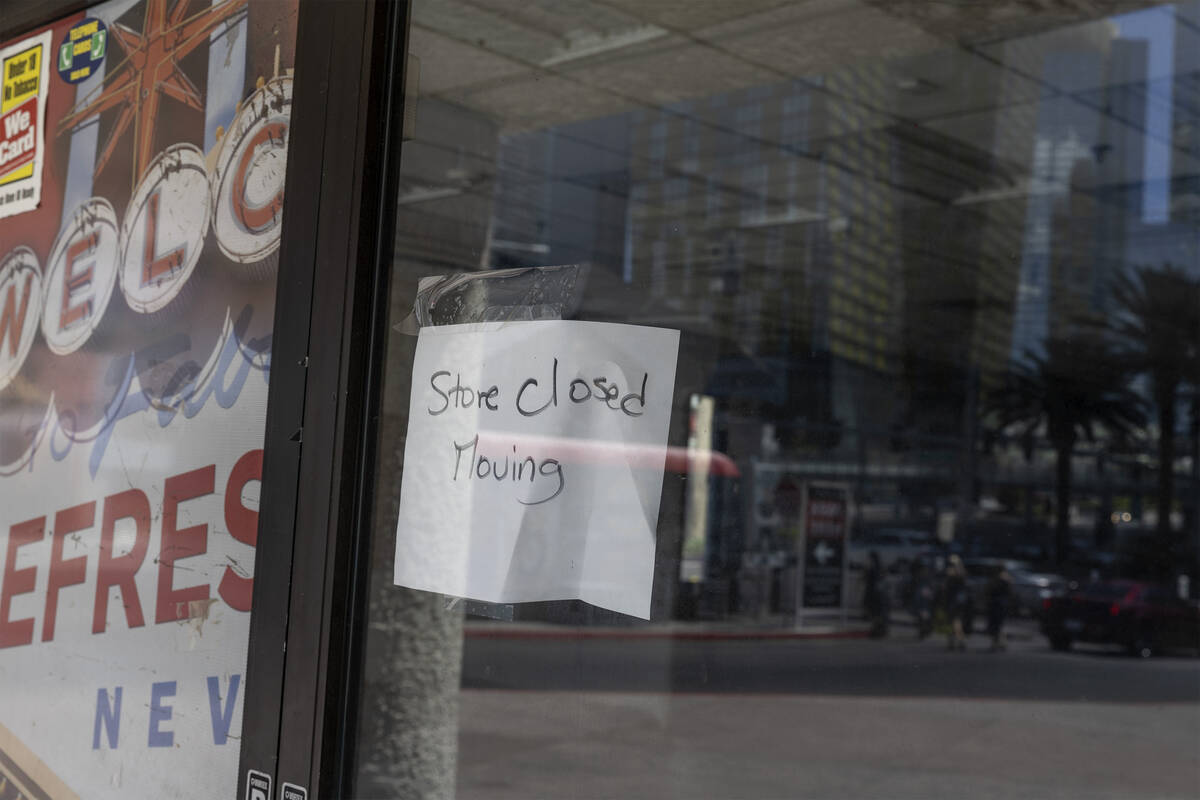 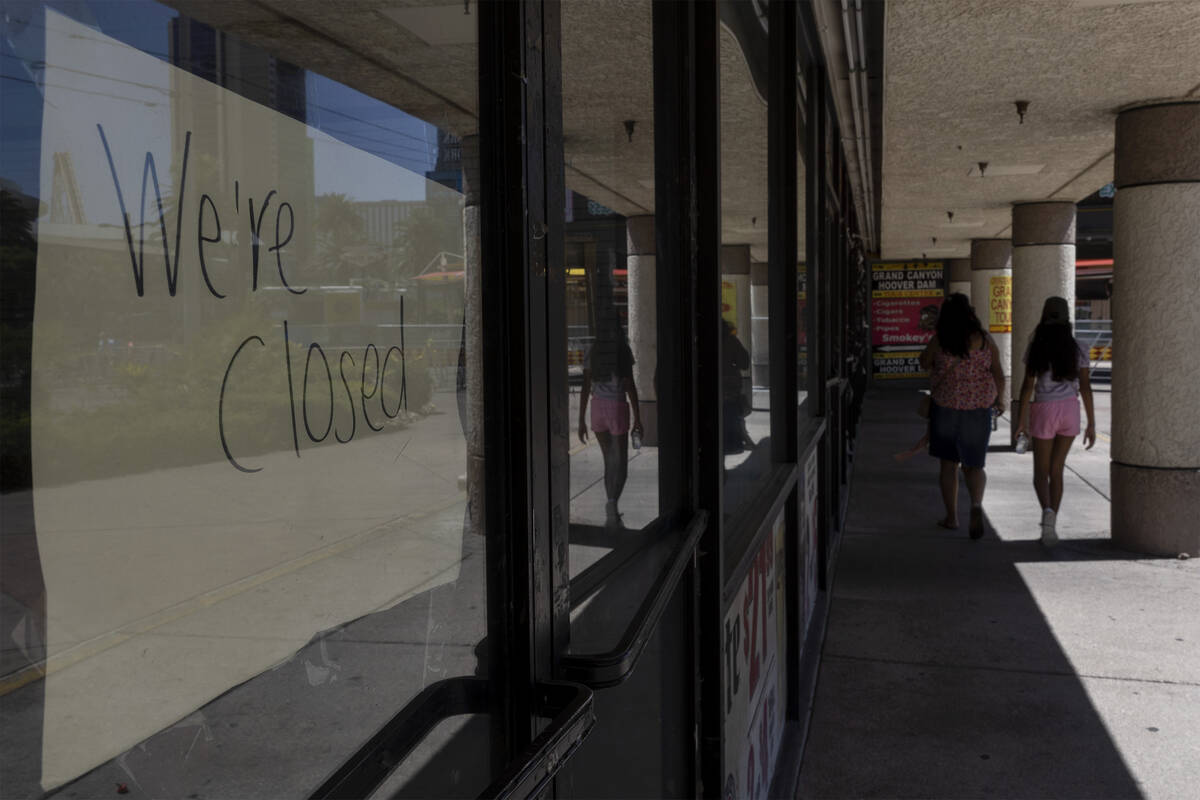 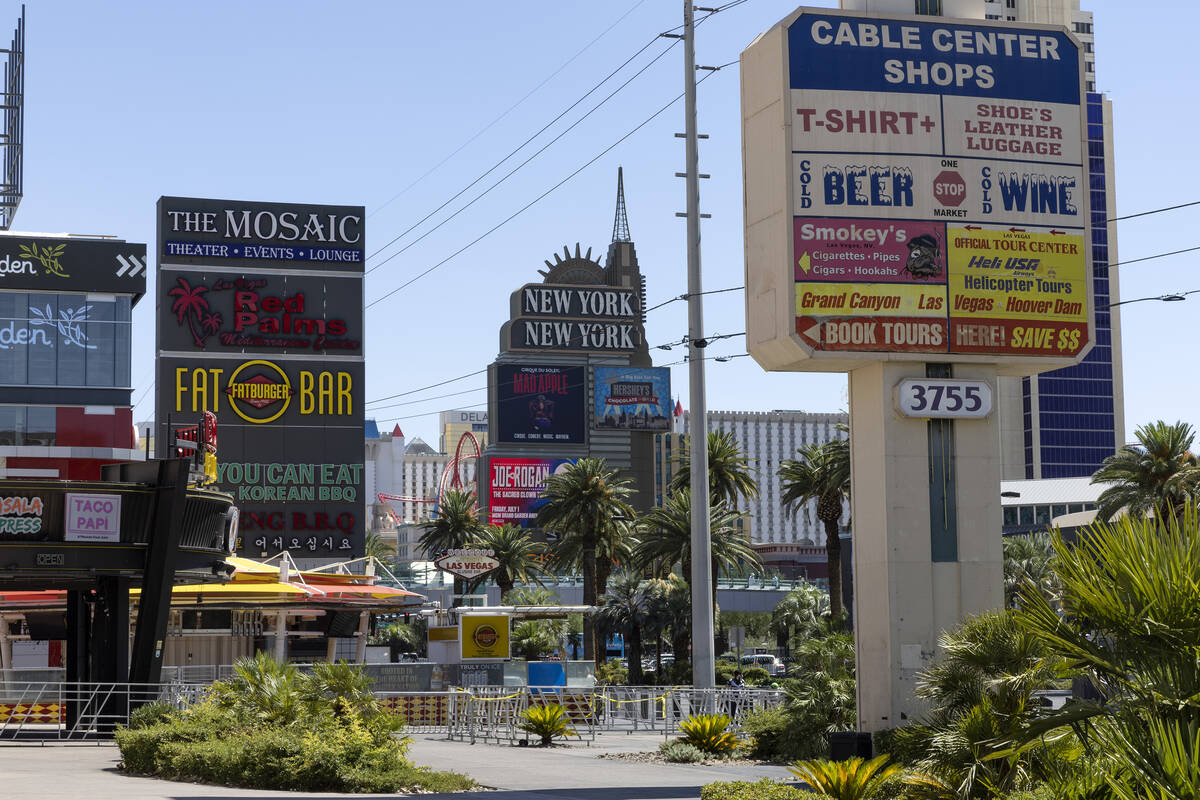 The sign for Cable Center Shops, which is closed, is seen among marquees, Wednesday, June 29, 2022, on the Las Vegas Strip. (Ellen Schmidt/Las Vegas Review-Journal) @ellenschmidttt

A cluster of buildings on the Strip that have been eyed for redevelopment are now closed.

Cable Center Shops, a low-slung retail building across from the towering Waldorf Astoria Las Vegas that offered souvenirs, beer and the like, had emptied out as of last week, with handwritten signs declaring stores had closed.

Hawaiian Marketplace, a neighboring commercial complex with a white tent covering its outdoor area, had also closed, with just a few businesses on-site still visibly open. Yellow caution tape was connected to a row of orange cones out front, and signs fastened to barricades at a side entry declared, “This Building Is Closed. No Public Access.”

As described on travel site Vegas.com, Hawaiian Marketplace spans 80,000 square feet and “brings a taste of island-style shopping to Vegas.”

“If you’re looking for somewhere to either a) grab last-minute souvenirs b) find an outfit for the club tonight c) get a foot massage, teeth whitening treatment or tattoo or d) all of the above, then this is your one-stop shop,” the website says.

New York investment firm Gindi Capital bought both properties in 2019 as part of a 9.5-acre acquisition. When it announced the $172 million purchase, Gindi said it was working with its design and development teams to “unveil plans for a new flagship retail, entertainment and dining experience.”

At the time, it also said real estate brokerage Jones Lang LaSalle would “oversee leasing at the new development.”

Efforts to speak with Gindi about the building closures were unsuccessful Tuesday. Jones Lang LaSalle declined to comment.

Its parking lot is blocked off with chain-link fencing, and a sign in the door of the lobby declares, “We had a good run. 59+ years of service. This Travelodge is closed permanently.”

According to Clark County records, the property was built in 1963.

Fertitta acquired the site last month as part of a 6-acre acquisition for $270 million. His company did not say what it plans to do with the spread, at the southeast corner of Las Vegas Boulevard and Harmon Avenue, but sources previously told the Review-Journal that Fertitta is looking to build an upscale hotel.

Executives with Fertitta Entertainment did not respond to a request for comment Tuesday.