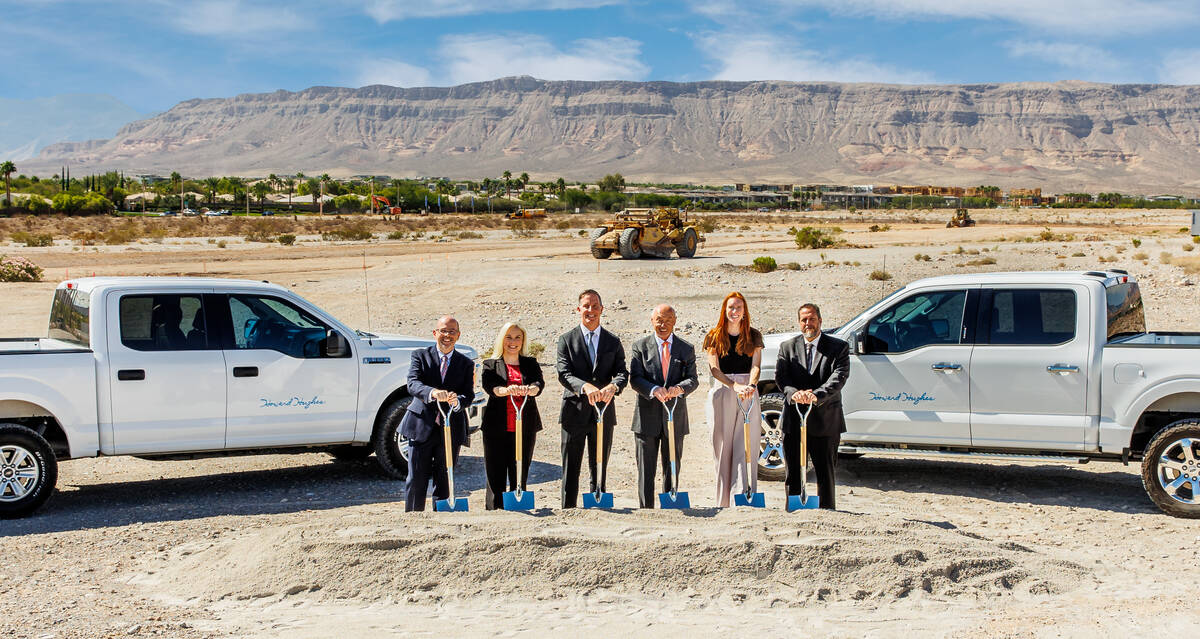 Hughes Corp. announced Thursday that it broke ground on a pair of three-story office buildings that will each span 73,500 square feet and be connected by a first-floor lobby. The project sits on 8.8 acres near the intersection of Flamingo Road and Hualapai Way, next to slot machine manufacturer Aristocrat Gaming’s corporate campus, which Hughes Corp. also developed.

Developers said the new complex is slated to be finished in the third quarter of 2023 and is “designed to meet the continued growing demand for premium office space.”

Southern Nevada is seeing more office construction, and firms have been leasing space. But the office market here and elsewhere is still finding its footing after the pandemic sparked widespread work-from-home arrangements, which raised questions about how much space firms really needed.

Even though much of daily life has returned to normal, working full-time in the office hasn’t.

Nationally, working remotely full-time is expected to decrease, but working from the office full-time “is expected to remain a relic of the past,” polling firm Gallup reported in August.

Among the estimated 70 million-plus U.S. employees who could do their jobs from home, 5 in 10 were following a hybrid format of in-office and at-home work as of June. Three in 10 were exclusively working remotely, and only 2 in 10 were working entirely on-site, Gallup said.

Kevin Orrock, Las Vegas regional president for Hughes Corp., told the Review-Journal this summer that it’s hard to maintain a good company culture when people are working from home and seeing colleagues only through their computer screens.

“I’m a strong believer (that) people want to come back to the office,” Orrock said.

Texas-based Hughes Corp. sells land to homebuilders in Summerlin, which spans 22,500 acres along the valley’s western rim, boasts 100,000-plus residents and commands some of the highest home prices in Southern Nevada.

The company has also developed hundreds of millions of dollars’ worth of projects in Summerlin’s commercial core off Sahara Avenue and the 215 Beltway, bringing retail shops, office buildings, apartments and a baseball field.

Among other things, it owns the Las Vegas Aviators minor league team and its stadium, which sits across from the 106-acre, open-air Downtown Summerlin mall that Hughes Corp. developed.