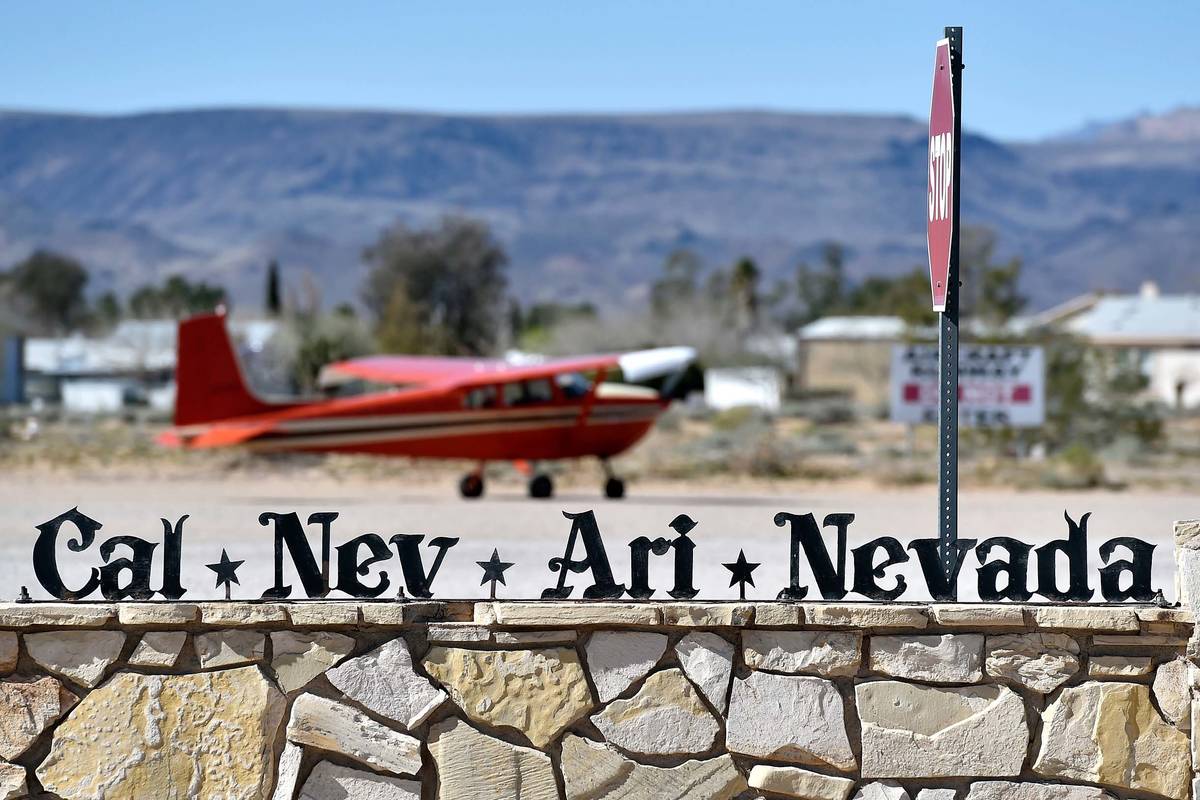 A small single-engine plane is parked just outside the Cal-Nev-Ari Casino on Thursday, Feb. 25, 2016, in Cal-Nev-Ari. (David Becker/Las Vegas Review-Journal via AP) 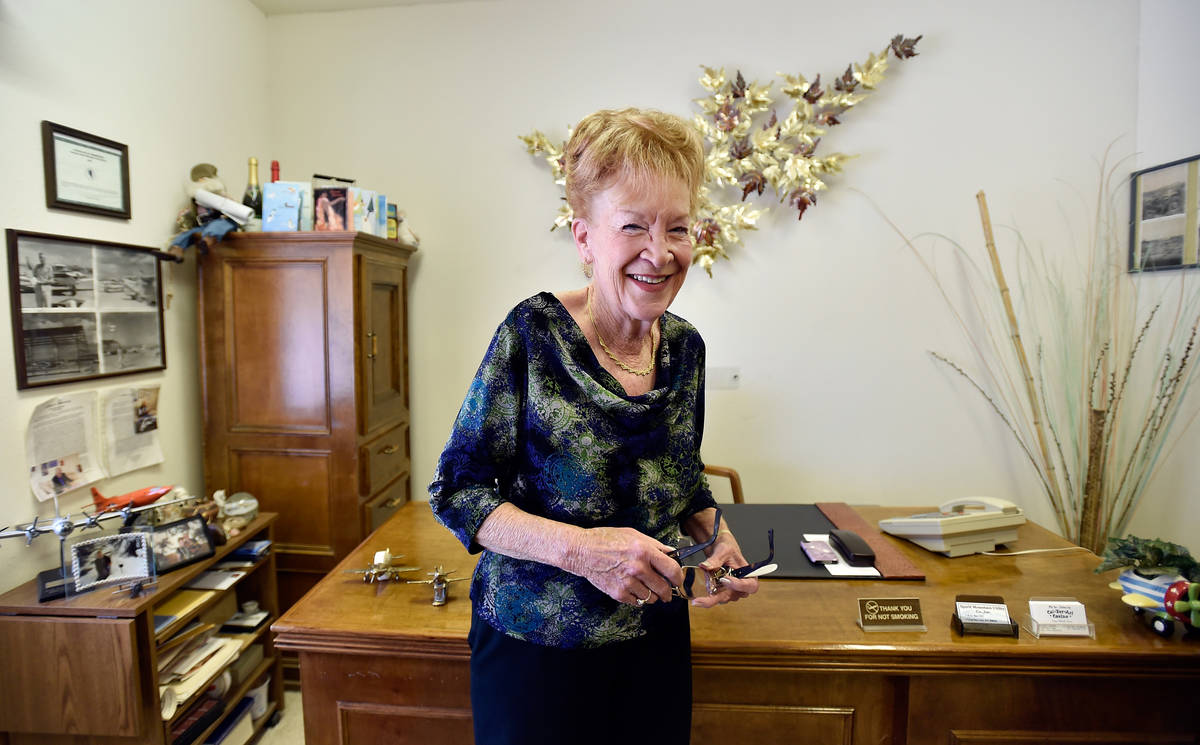 Town founder Nancy Kidwell stands in her office at the Cal-Nev-Ari Casino on Thursday, Feb. 25, 2016, in Cal-Nev-Ari. Kidwell, together with her late husband Slim Kidwell, acquired 640 acres of land under the federal Pittman Land Act in 1965. (David Becker/Las Vegas Review-Journal via AP) 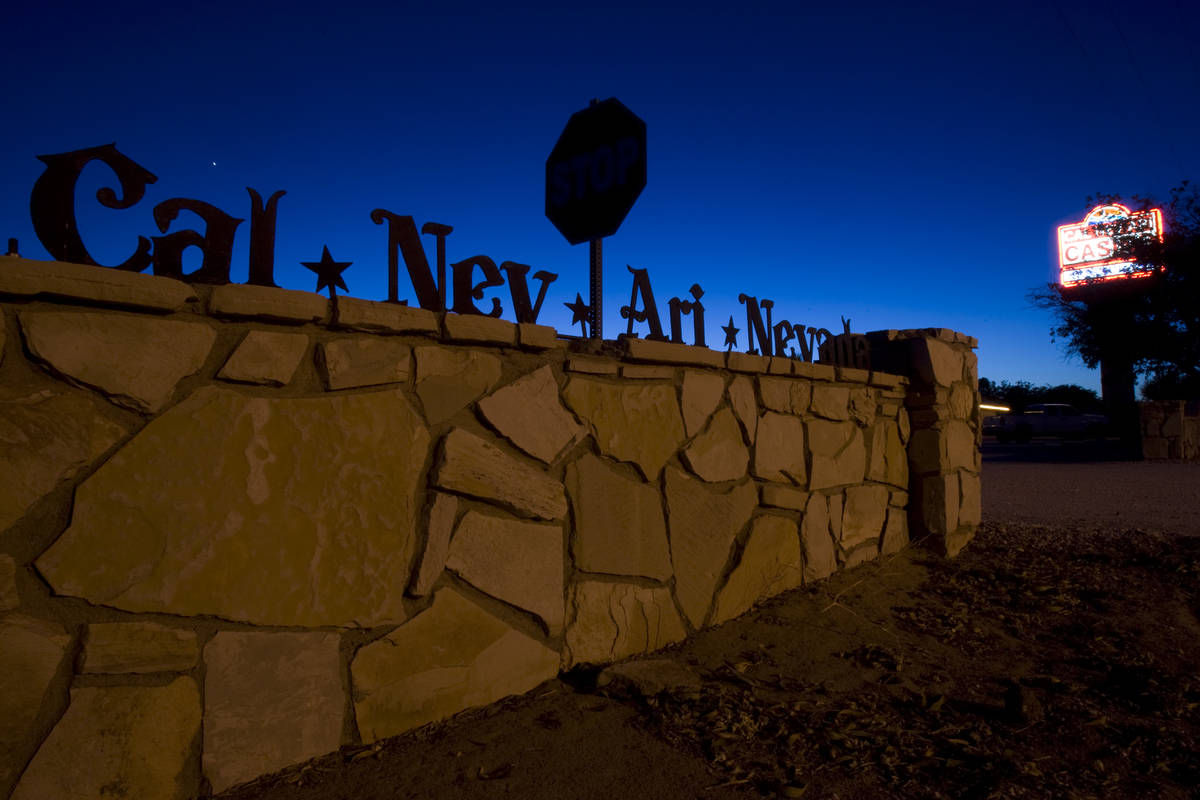 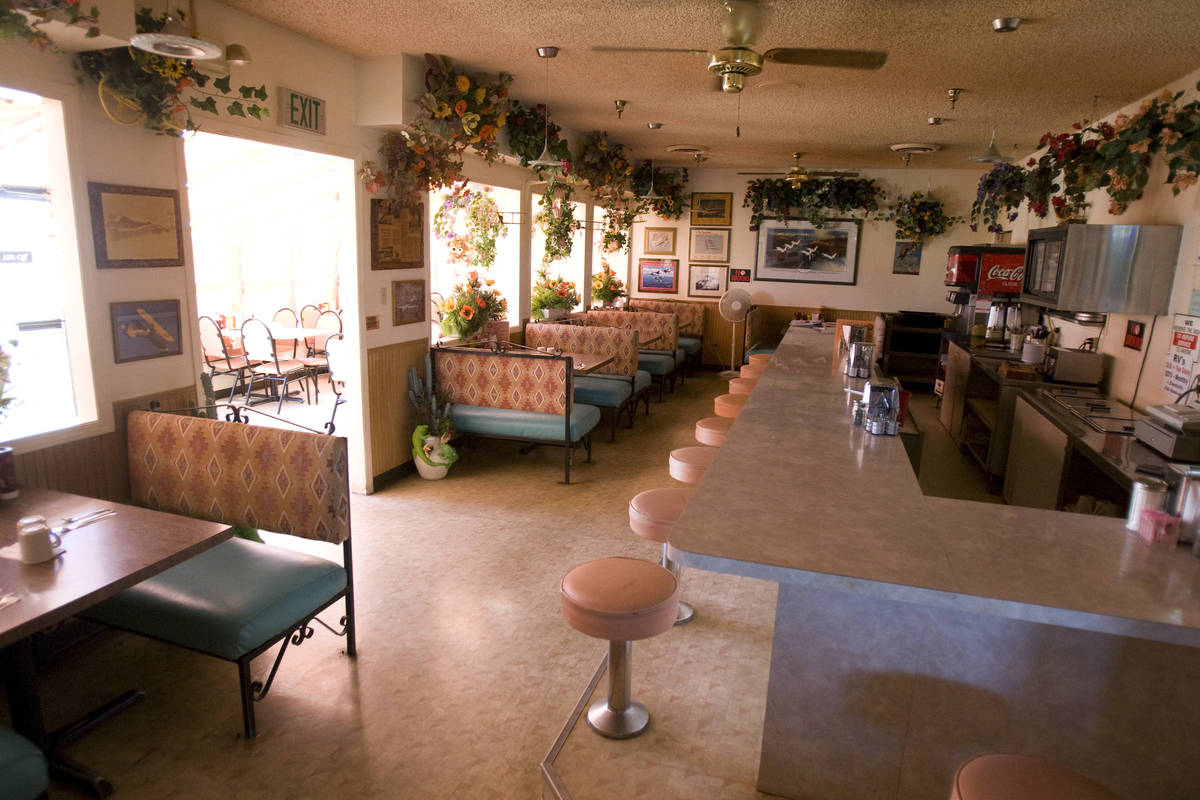 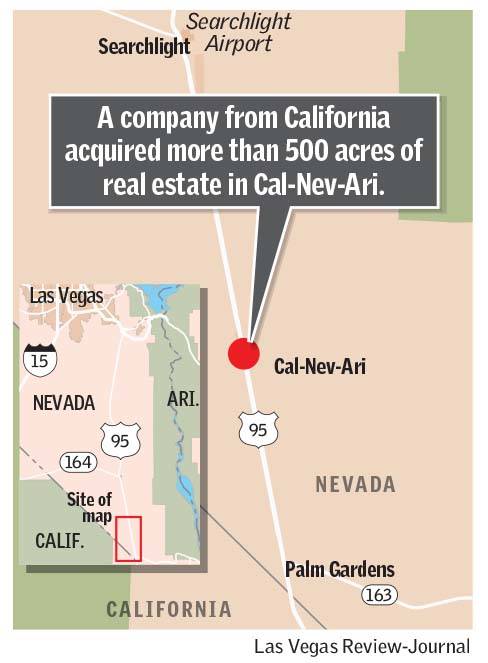 A mining company that serves the agricultural industry has acquired the bulk of Cal-Nev-Ari, buying hundreds of acres in the remote town outside Las Vegas with plans for extensive development there. 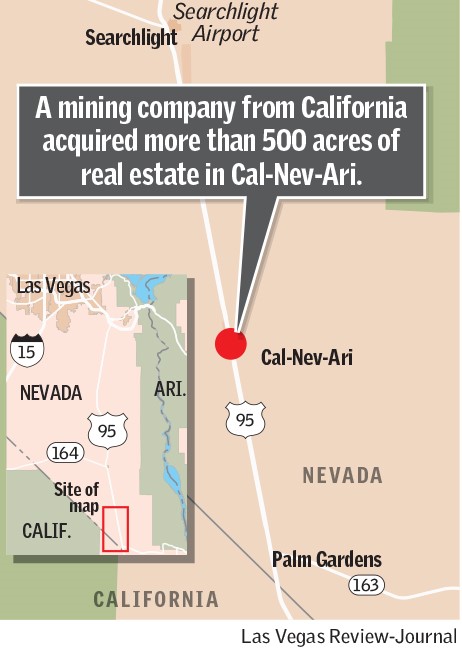 Kidwell, who is in her 80s, had tried for years to sell her holdings in Cal-Nev-Ari, a tiny outpost in the middle of the desert with well water and homes clustered along its unpaved airstrip.

Efforts to confirm anything about Universal Green Technology’s operations or its plans for the town had been unsuccessful this week until the Review-Journal reported the sale online Thursday, after which Heart of Nature President Jerry Tyler contacted the paper to say that his group was behind the transaction and that the buyer listed owns the mining firm.

As part of the purchase, records indicate, the company acquired hundreds of acres of land, the airstrip, a motel, an RV park, a mobile home park, a convenience store, and the town’s casino and restaurant building, making the buyers the dominant real estate owners in Cal-Nev-Ari.

Tyler said the firm won’t be mining in the town, but rather it plans to build a 100,000-square-foot warehouse that will hold so-called granulating machines that make its products. The facility would be across the highway from Cal-Nev-Ari’s homes and would not produce foul odors, he said, noting the processing involves tree sap and almost smells like it’s baking bread.

The company mines and crushes minerals outside Tonopah and trucks them to Bakersfield, California, for processing. Under California law, he said, the firm can haul up to 25 tons of cargo through the state without a special permit, but in Nevada, it can haul up to 43 tons.

According to Tyler, the new owners have big plans for the pint-sized town. He said in an email that they will create jobs in Cal-Nev-Ari, increase the population, build homes for staffers who work at the facility it aims to develop, and, hopefully, construct more restaurants and other ventures, including a larger hotel.

He also said the group envisions paving the airstrip, allowing for more types of aircraft to land there and “inspiring some new homes with aircraft hangars so residents can continue to fly in and out while taxiing home.”

Efforts to speak with Kidwell about the sale were unsuccessful this week.

Kidwell and late husband Everette “Slim” Kidwell founded Cal-Nev-Ari in the mid-1960s, having noticed its then-abandoned airstrip while flying by.

The Kidwells acquired 600-plus acres from the federal government, named the town after its home state and the two nearby, and, as the Los Angeles Times reported, put in a sign that declared: “Cal-Nev-Ari, Population: 4. Watch Us Grow.”

The other two residents were their cat and their dog.

The father and son were buried in a small, fenced plot in Cal-Nev-Ari, with space between them for one more.

Kidwell tried to sell her holdings in Cal-Nev-Ari in 2010 for $17 million and again in 2016 for $8 million. She received hefty media attention about the second offering, with reports from local news groups and national ones such as NPR, CBS News and CNN.

Fred Marik, a former listing broker for the holdings who represented Kidwell in the 2016 sales effort, said this week that he tried to get as much publicity as possible for the offering, calling it a “great story of a modern-day frontierswoman.”

It wasn’t a typical real estate deal, he said, adding it involved liquor licenses, water, gaming and the Federal Aviation Administration because of the airstrip.

On top of all that, Cal-Nev-Ari is an isolated desert outpost, albeit an hour or so from America’s casino capital.

“It was a complicated deal,” said Marik, who noted that he brought several prospective buyers to Kidwell but the sales didn’t work out.

Marik pitched the site as having ample business opportunities, indicating in a brochure that it could have a dude ranch, a base for hot-air balloons, a parachute center, a survival school, an equestrian center or even a “marijuana resort.”