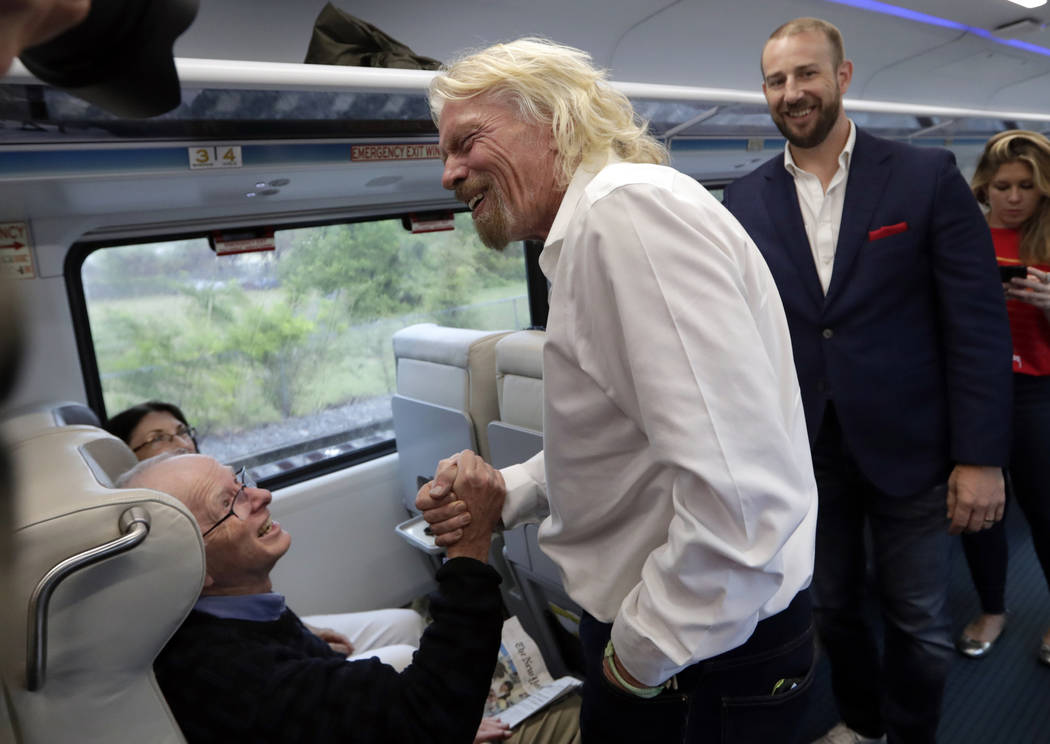 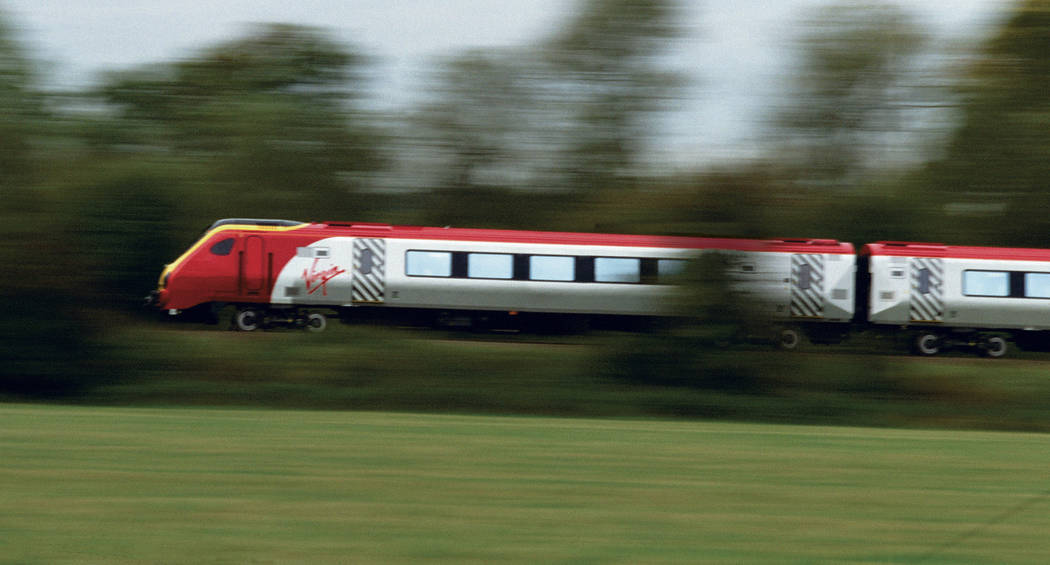 A high-speed Virgin Trains commuter train that travels between England and Scotland is shown in this undated courtesy photograph. High-speed trains that travel at 125 mph or more have been operating in Japan and Europe for years. (Desertxpress)

Virgin is seeking $800 million in bonding authority to issue $2.4 billion in debt, about half the amount the company needs to finance train sets and the 185 miles of dual tracks along the Interstate 15 corridor.

Virgin has proposed seeking $600 million in bonding authority from California and $200 million from Nevada.

The $300 million in bonds approved by a committee led by California Treasurer Fiona Ma was the first step of the process. The committee will consider another $300 million next year.

In Nevada, two $100 million requests are expected to be made of the Nevada Department of Business and Industry, which is expected to consider the first half of that in a meeting as early as November.

With that authorization, Virgin Trains would become eligible for federal grant funding in what amounts to a 4-to-1 match.

The train line linking Las Vegas with Victorville is the first phase of a plan to develop high-speed rail between Las Vegas and Union Station in downtown Los Angeles. The second phase would add about 50 miles of track between Victorville and Palmdale, where the line would join the California High-Speed Rail system.

Ma was sold on the Virgin rail proposal after riding the company’s trains in South Florida in July. The system, formerly known as Brightline, has been in operation since the start of the year between Miami and Fort Lauderdale and West Palm Beach and is expanding to Orlando.

Branson has taken greater interest in Southern Nevada in recent months with his plan of acquiring the Hard Rock Hotel and converting it to Virgin Hotels Las Vegas by the end of 2020.