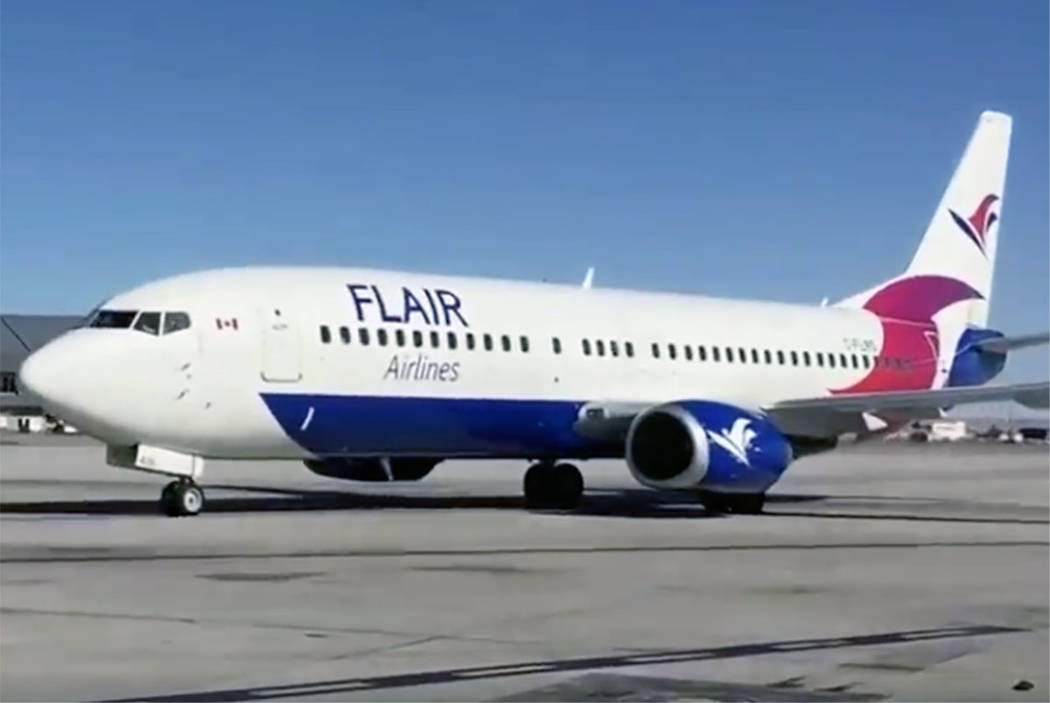 Love was literally in the air Thursday morning as Flair Airlines completed its first flight from Canada to Las Vegas.

Among the 139 passengers on-board Flight 777 were five couples looking to tie the knot in the self-proclaimed Wedding Capital of the World. The Boeing 737 touched down at McCarran International Airport at about 10 a.m.

“I think it’s a destination Canadians gravitate toward because it is a weekend trip for many,” Rempel said.

The plane returned to Canada on Thursday afternoon, carrying state Sen. James Ohrenschall and 23 other Nevadans to attend a conference on business relationships between Alberta and Nevada.

Through May, Flair Airlines will offer four flights a week — on Monday, Thursday, Friday and Sunday — between McCarran and Edmonton International Airport in Alberta. Next month they will begin offering an additional four flights a week from Winnipeg, Rempel said.

Flights to and from both the Canadian airports will take about three hours to complete, Rempel said. The planes can carry about 156 to 188 passengers.

Flair Airlines is not the only Canadian carrier to add a Las Vegas stop in recent months.

“Canada has always been our number one international feeder market,” Crews said. “Every time we offer a new air service, it’s another opportunity, possibly more convenient, for travelers to make it to Las Vegas.”