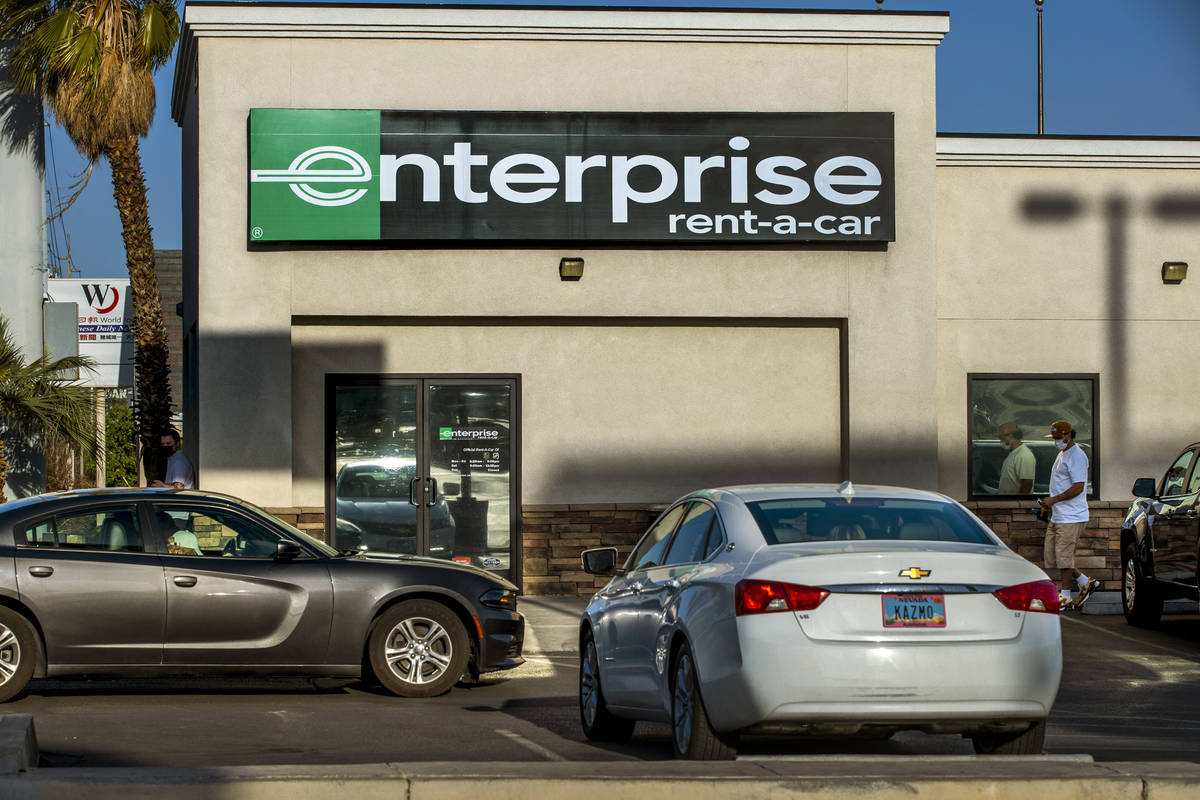 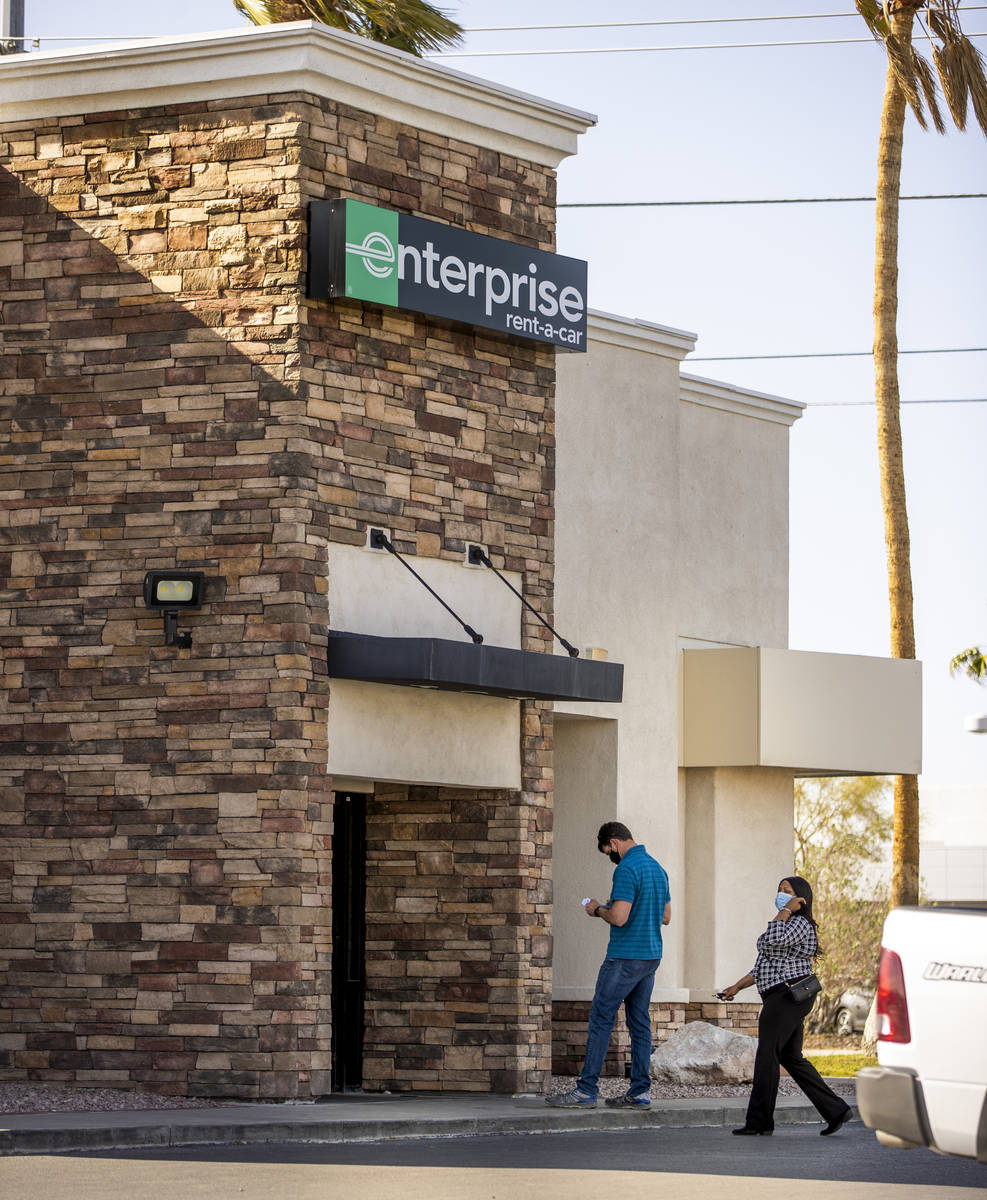 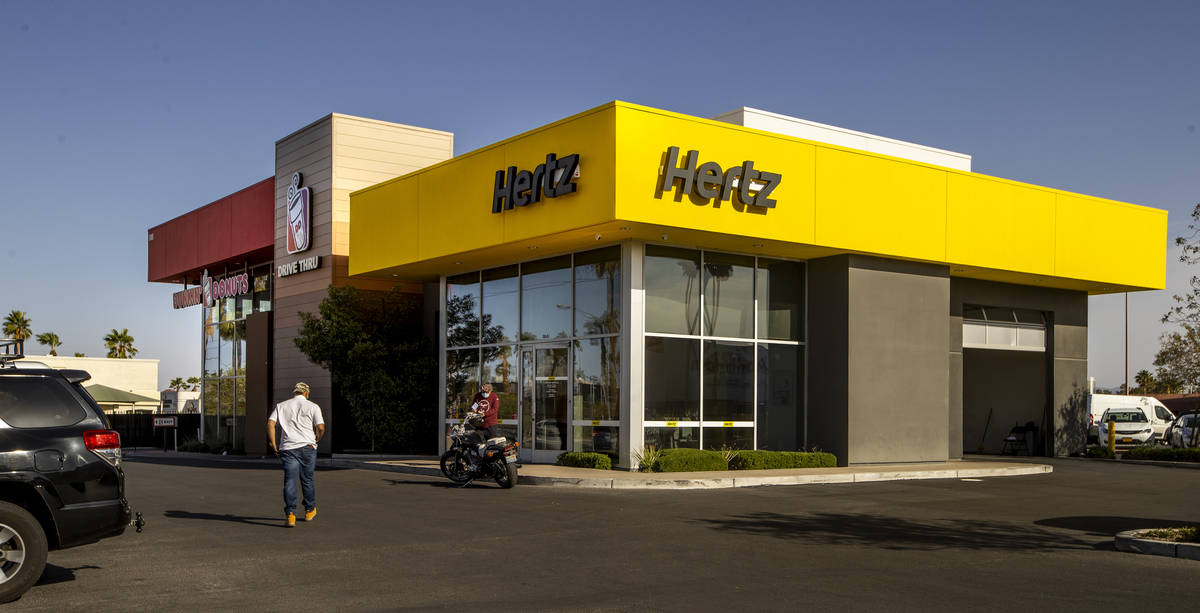 With more Americans getting vaccinated and comfortable with returning to the skies, the demand for rental cars in Las Vegas and the cost to rent one are going up.

It’s an encouraging sign for car rental firms that saw revenues plunge in the early days of the pandemic. Some companies offloaded cars sitting idle last year to shore up finances, unsure when travel would rebound. One rental car giant, Hertz, filed for bankruptcy protections last May and sold off more than 200,000 cars, part of a broader plan to emerge from Chapter 11 bankruptcy.

But now that tourists are getting vaccinated in record numbers and the travel industry is starting to spring back to life, U.S. rental car companies are scrambling to add new vehicles to their fleet as demand outpaces inventory.

It appears likely to stay this way for at least the next several months.

“We’re seeing a surge in demand for leisure travel in Las Vegas and vacation destinations across the industry, particularly around peak travel times like spring break,” Hertz spokeswoman Lauren Luster said Monday. “This is encouraging, given where the industry was during this time a year ago, and we’re happy to help travelers return to the road safely.”

The company, which includes Dollar and Thrifty rental car brands under the Hertz umbrella, said it is working with its automotive partners to add new vehicles to its fleets as quickly as possible while moving its cars to areas with highest demand.

“Because of the spike in demand in some cities and regions and tighter fleets across the car rental industry, availability may be more limited,” Luster said. “We anticipate strong demand for car rental to last several months and throughout the summer.”

‘Not unique to Las Vegas’

At McCarran International Airport, shuttle services that pick up airline passengers from the terminal to the Rent-A-Car Center have seen levels “approaching what we had seen in 2019,” airport spokesman Joe Rajchel said.

The volume increase for the shuttle service to the McCarran car rental center is, anecdotally, one strong sign that travel is coming back. Rajchel said many other airports across the U.S. are having similar demand spikes for car rentals.

“We’re seeing a shortage, but it’s not unique to Las Vegas. Other cities are experiencing this as well,” he said.

Getting an Uber or a Lyft isn’t any easier either with longer wait times.

Jonathan Weinberg, CEO and founder of car rental booking and tracking website AutoSlash.com, said tourism hot spots such as Hawaii, Florida, Denver, Phoenix and Las Vegas have been seeing sellouts over the past few weeks. The U.S. rental car shortage, he said, began around Presidents Day and Valentine’s Day.

That data is similar to what other companies and organizations saw. According to data from AAA Nevada, Las Vegas was the top destination for rental car bookings last month in the region, followed by Phoenix, Oakland, San Jose and Kahului, Honolulu.

“They tell me they’re seeing fewer locations for rental car pickup and that some of these locations have more restrictive hours,” he said.

Weinberg said it was, at first, quite puzzling.

“We saw that cars were getting sold out all over the place over that three-day weekend and we weren’t quite sure what was going on,” he said. “As it turns out, there was just an overwhelming amount of demand. That was sort of the first holiday weekend where people were getting vaccinated in large numbers and they were starting to feel more comfortable traveling. And ever since, rental car companies just didn’t have enough vehicles to fill that demand for various reasons.”

Usually, around this time of year, Weinberg said car rental companies have “drive-out” specials, or one-way rentals from Florida to other parts of the country, like the Northeast, to ensure that inventory is adequate.

“But that’s not really happening right now, because of the fact that they they need those vehicles in Florida because there’s huge demand in Florida right now,” he said. “I think the same kind of indecisiveness or difficulty of predicting demand is going to happen in Vegas. I think that companies are going to want to move vehicles into those areas where they think people are going to want to get out the outdoors. But I think that they’re gonna have difficulty figuring out where to move those vehicles from.”

Weinberg said many companies aren’t sure how to price rentals with the demand. Last-minute rentals, if inventory is even available, can cost a couple of hundred dollars a day.

Typically, the car rental industry model is to buy vehicles at fleet discount prices from automakers, said Weinberg. They’re usually rented for six months and then unloaded into the used-car market or in auctions.

Hertz and other companies are looking to add to their fleets.

But doing so is harder than it seems.

Automakers have been slammed hard by a shortage of semiconductors, or computer chips, needed to build new cars. This has led to tighter supplies. Last spring, some semiconductor firms that provide the chips to auto manufacturers switched gears to the growing consumer electronics sector.

Weinberg said most car rental companies are also facing strong competition from consumers willing to pay a premium for a new car. Many people who moved out of the cities to the suburbs now found themselves in need of a car, he said, whereas before, they were taking public transportation.

“This has caused both used and new car prices to be at historic highs, and if car rental companies can’t buy the vehicles at a competitive rate, they’re going to be much more hesitant to adding huge numbers of vehicles, unless absolutely certain that they can get to close to 100 percent utilization,” said Weinberg.

With new cars not available, Weinberg said some rental companies “would rather have had a slightly slimmed down fleet and be able to charge top dollar for them than to have way too many cars on hand and overshoot their demand predictions.”

The car rental shortage comes as conventions and tourism are starting to rebound in Las Vegas.

Weinberg said some travelers have canceled vacation trips when car rentals prices were too high or there was no inventory available.

“We’re already seeing this happen,” he said. “If you didn’t plan ahead, then yes, you might end up paying a little bit more. But what we’re seeing now is that people would be paying several hundred dollars a day where your rental car is more than your flight and/or hotel or you can’t even get one at any price.”

And with airlines offering generous rescheduling policies, Weinberg said travelers could push their vacation plans to a later date.

He said that with some travelers booking car rentals at the last minute, it’s adding more strain on companies that are trying to manage their inventory. He also added that travelers booking one to three weeks ahead of their pickup date are “the ones that are bearing the brunt of the pain.”

Tips to get rentals

Car rental companies and experts say it’s best to book your rentals ahead of time.

Rajchel, of McCarran International Airport, said travelers should plan ahead when booking their car rental reservations. There might also be some wait time once at the Rent-A-Car center.

Luster, of Hertz, said one tip is to consider booking at a neighborhood car rental location which may have more availability when airport volumes are high. There are 16 Hertz locations across the Las Vegas Valley, including McCarran. She said customers should join its Hertz Gold Plus Rewards program too. This allows customers to skip the counter, add products and preferences to their profile ahead of their trip.

Weinberg agrees. Loyalty programs with all the major car rental companies are free to join, and the ability to skip the counter – especially now – will come in handy for travelers.

“With demand spiking up right now, you can bet that there’s going to be dozens of people in line. These loyalty programs allow you to walk right past those lines, right to garage and in your car to drive off,” he said. “Not only will this save time, but it also may mean the difference between you getting a car and not.”