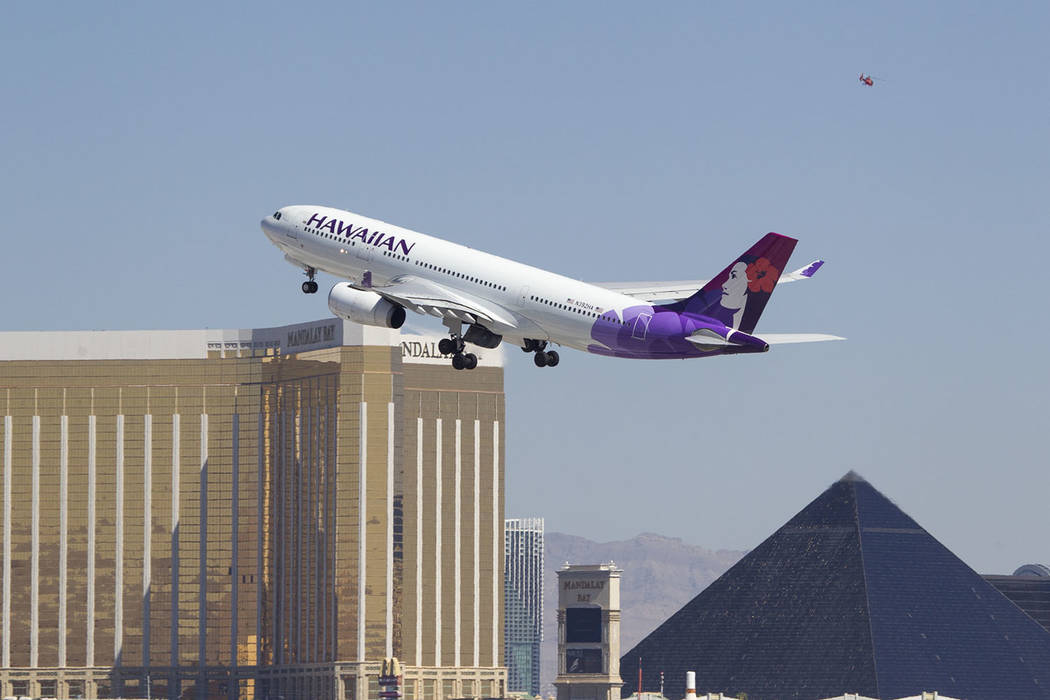 Hawaiian Airlines isn’t worried about new competition on the horizon from the busiest commercial air carrier at McCarran International Airport.

The new president and CEO of Hawaii’s largest and longest-serving airline has already seen and met competition similar to what Southwest Airlines will throw at it next year.

“For us, the market’s always been competitive, and I think we do a very good job competing with some of the biggest airlines in the world already with American, United and Delta. And, of course, Alaska serves a lot of the same western U.S. routes,” said Peter Ingram, a 13-year Hawaiian executive who was named CEO in March.

“We’re going to really focus on doing what we do best, which is delivering our unique style of Hawaiian hospitality, making sure we take care of our guests,” Ingram said.

Ingram was in Las Vegas this week ending the North American portion of his tour of 12 mainland gateway cities served by Hawaiian with a lunch with his McCarran-based airline employees.

Hawaiian has 18 weekly nonstop round trips between Las Vegas and Honolulu on 278-seat Airbus A330 twin-engine jets.

But Hawaiian’s dominance in the market may be threatened next year by Southwest Airlines, which plans to offer one-stop service to Hawaii from Las Vegas via the California cities of San Diego, Sacramento, Oakland, and San Jose.

Southwest has yet to announce prices or begin selling tickets on planned flights to Honolulu, Kahului, Kona and Lihue.

Ingram said his airline is in the midst of taking delivery of new Airbus A321 NEO twin-engine jets with 189 seats. The company has nine of those jets now and will have 11 by the end of the year and 18 by early 2020.

Ingram said those new planes will give Hawaiian the flexibility to offer routes it hasn’t flown before because they couldn’t support the number of seats the larger A33os provide. For example, the airline recently announced new service to Hawaii from Long Beach, California.

While not committing to it, Ingram said Hawaiian could explore reinstating a twice-weekly nonstop route the airline had between Las Vegas and Maui from 2010 to 2012. Freeing up the larger jets also will lead to Hawaiian starting new nonstop service in April between Honolulu and Boston, which would be one of the longest U.S. flight routes in history.

“One of the things that gives us confidence in our ability to compete, besides our track record of having competed with all these other airlines, is we focus on doing one thing and doing it better than anyone else, and that’s serving the needs of travelers to, from and within Hawaii,” Ingram said.

“I think we’ve developed a pretty effective formula to do that over time and we certainly respect Southwest and know that they have a loyal following and a very strong track record, but we’re perfectly capable of competing and look forward to doing so when they eventually publish a schedule and we know exactly where they will be flying,” he said.