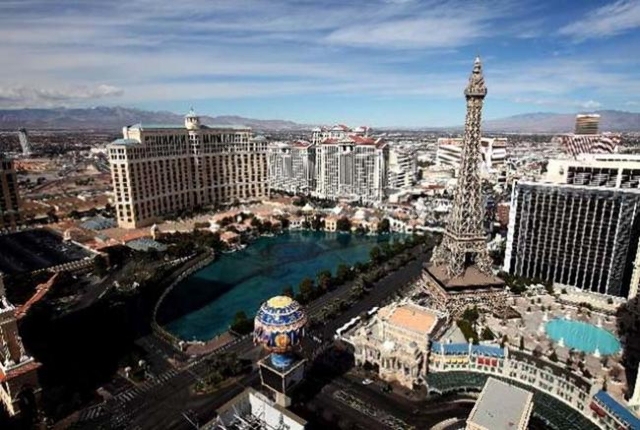 Southern Nevada rode an above-average increase in November visitation boosted by a 39.8 percent spike in convention attendance to put the region in position to break the record in December.

The Las Vegas Convention and Visitors Authority announced smashing the record in the morning ahead of Wednesday’s release of November statistics, which were expected to be robust after healthy increases in passenger traffic at McCarran International Airport and in gaming revenue.

Official 2015 totals will be announced in January.

“Las Vegas couldn’t have reached this achievement without the support of our resort partners and the dedicated workers who make the Las Vegas experience what it is,” said Rossi Ralenkotter, president and CEO of the authority.

“Whether a first-time visitor or a returning Las Vegas enthusiast, the destination continues to astonish travelers from all over the world with luxury resort experiences, world-class dining and exciting entertainment.”

November’s numbers were more of the same in a year that has been a tourism–industry highlight reel.

Convention attendance jumped to 559,681, thanks in part to the return to the city of the National Business Aviation Association (27,000 attendees) and the American Academy of Ophthalmology (25,000) and a shift in the timing of the International Pool, Spa and Patio Expo (10,000), which occurred in October last year.

The average daily room rate climbed 7.3 percent to $121.77 and citywide occupancy went up 2.7 percentage points to 86.4 percent for the month.

Earlier this month, McCarran reported a 10.2 percent increase in passengers for November. The Nevada Transportation Department reported average daily traffic of 106,811 vehicles, a 6.1 percent increase from last year, on all major Southern Nevada highways and 44,110 vehicles daily, a 4.2 percent increase, on Interstate 15 at the California state line.

Laughlin and Mesquite, which are tracked by the Las Vegas Convention and Visitors Authority, also had positive visitation trends for the month. November was only the third month this year that Laughlin visitation surpassed the monthly total from the previous year.

The authority said the tourism economy generates more than $50 billion annually and supports 366,000 jobs in Clark County — 43 percent of the total number of jobs in Southern Nevada.