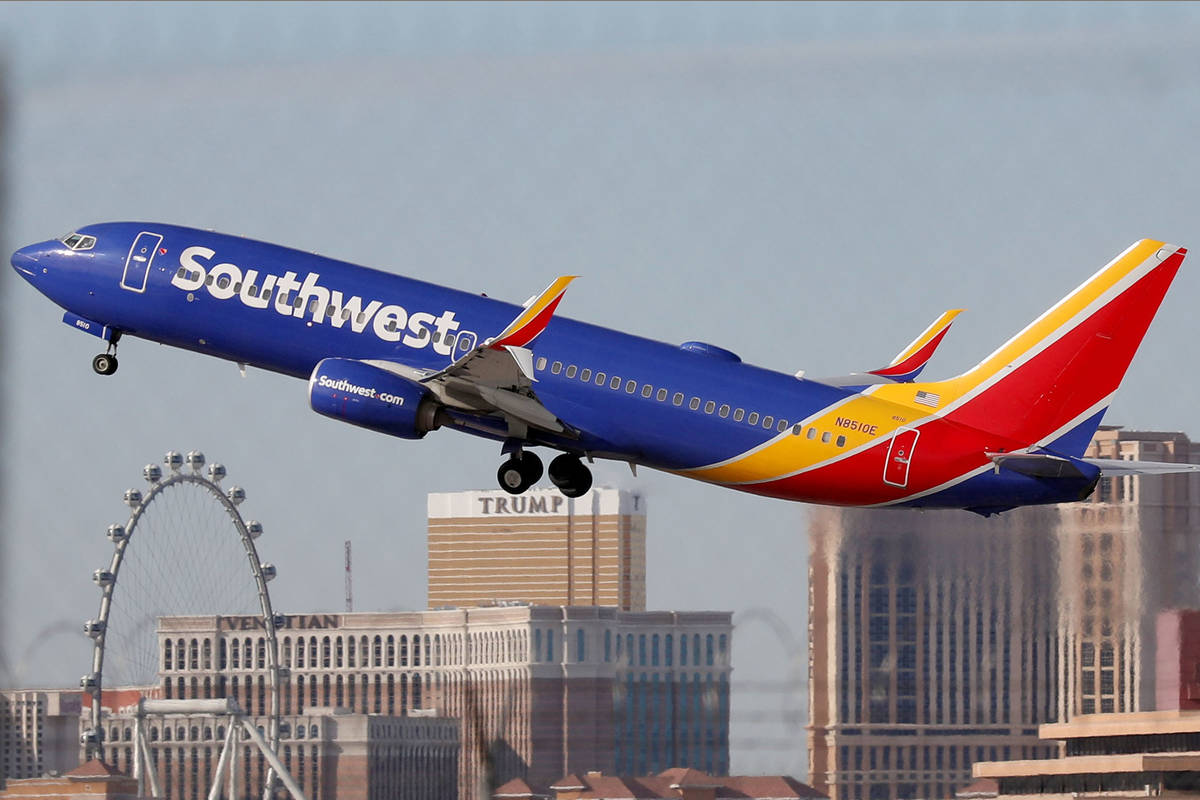 A total of 2.9 million travelers passed through McCarran’s gates in April, representing a 13 percent increase over March’s 2.6 million passenger count, according to data released Tuesday by the Clark County Department of Aviation. Still, April’s figure was 32 percent below April 2019’s total of 4.3 million passengers.

The monthly total brings the yearly passenger total — both arriving and departing — to 8.6 million, a 47 percent drop from the 16.2 million passengers at the airport in the first four months of 2019, before the pandemic. Comparing 2021’s data to 2019’s gives a more accurate account of where recovery stands compared with 2020’s numbers, according to Joe Rajchel, McCarran spokesman.

In April 2020, McCarran recorded just 152,716 travelers, which Rajchel described at the time as the lowest count in recent memory.

This April, Southwest Airlines breached the million-passenger mark for the first time since February 2020, seeing just over 1 million passengers, a 16 percent jump over March’s 892,517 travelers. The number is still 27 percent lower than what McCarran’s busiest carrier saw in April 2019, as 1.5 million passengers were served by McCarran then.

“Overall, this continues the trend of what we’ve been seeing for several months as leisure travel continues to improve across the country and more people are traveling,” said Dan Landson, Southwest spokesman. “Our teams in Las Vegas and across our network are welcoming more people back and showing our Southwest hospitality as we continue connecting our customers to the people and places important in their lives.”