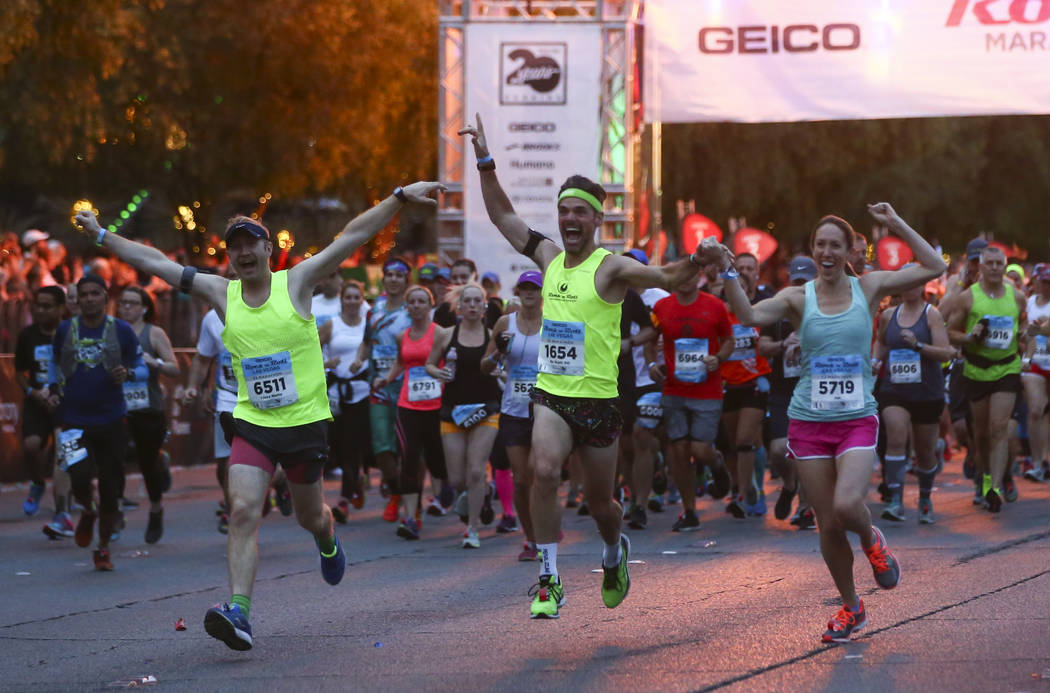 Participants, including, from left, Peter Smith, Scott Desbois, and Jen Desbois head out from the start line outside of the New York-New York at the beginning of the Rock 'n' Roll Marathon in Las Vegas on Sunday, Nov. 12, 2017. Chase Stevens Las Vegas Review-Journal @csstevensphoto 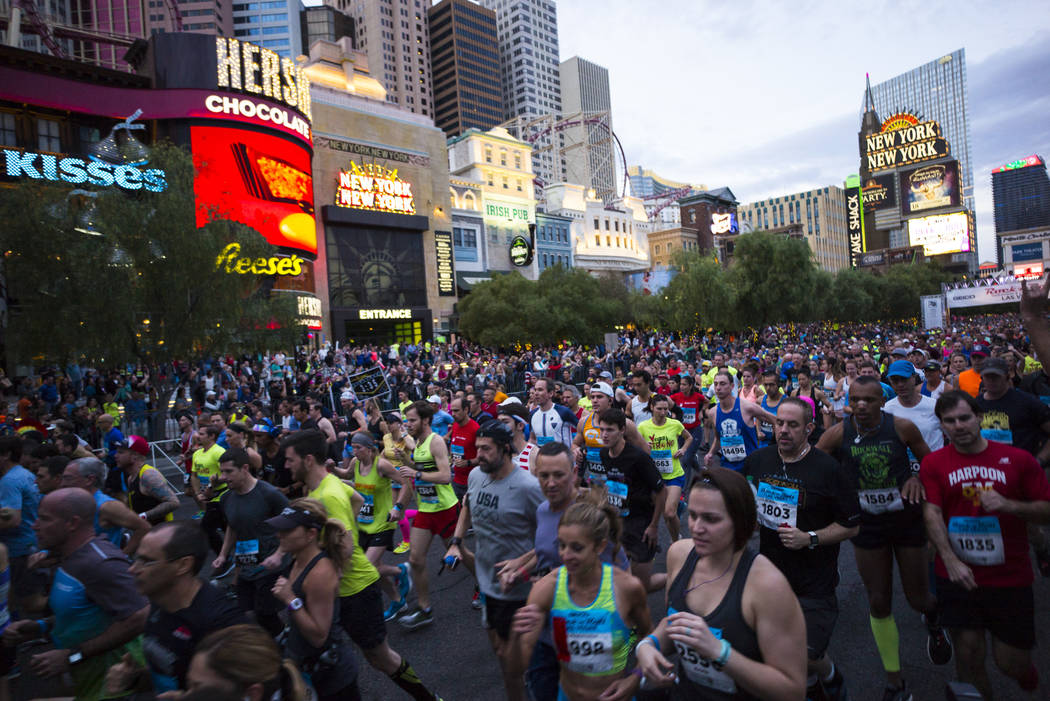 Participants head out from the start line outside of the New York-New York at the beginning of the Rock 'n' Roll Marathon in Las Vegas on Sunday, Nov. 12, 2017. Chase Stevens Las Vegas Review-Journal @csstevensphoto

A second nighttime marathon run on the Las Vegas Strip in the spring will bring thousands of people to Southern Nevada when it begins in 2021.

The biggest difference between the new Rock ‘n’ Roll Marathon and the one currently run in November — the spring run will occur on a Saturday night instead of Sunday.

The Las Vegas Convention and Visitors Authority Board of Directors on Tuesday unanimously approved funding the second race, scheduled to occur April 3, 2021. Like the fall 2020 version of the race that also was approved, the board authorized spending $150,000.

This year’s version of the event will hit the Strip on Sunday night with half-marathon, 10-kilometer and 5-kilometer races also scheduled during the weekend.

“We’ve actually been talking to the owners of the race for a few years about adding a second race because of the success of the first,” said Fletch Brunelle, LVCVA vice president of marketing.

The Las Vegas Rock ‘n Roll Marathon, one of about two dozen races in a series run worldwide, is one of the most popular because the event closes the Las Vegas Strip to vehicular traffic, allowing runners to participate when the neon lights begin to come up.

Organizers said last year that more than 40,000 people from 50 states and 86 countries registered for the 2018 event.

The request for the second marathon was brought to the LVCVA board by Las Vegas Events, a private event-organizing company that is affiliated with the LVCVA and routinely brings sponsorship and funding requests to the LVCVA board.

Earlier in the meeting, the Las Vegas Events-sponsored International Fight Week was unanimously funded $150,000 for events scheduled at T-Mobile Arena and the Downtown Events Center.

The 2020 events will mark the ninth year UFC has hosted International Fight Week in Las Vegas. The event is expected to draw more than 19,000 out-of-town visitors, generating an estimated overall economic impact of more than $60 million.