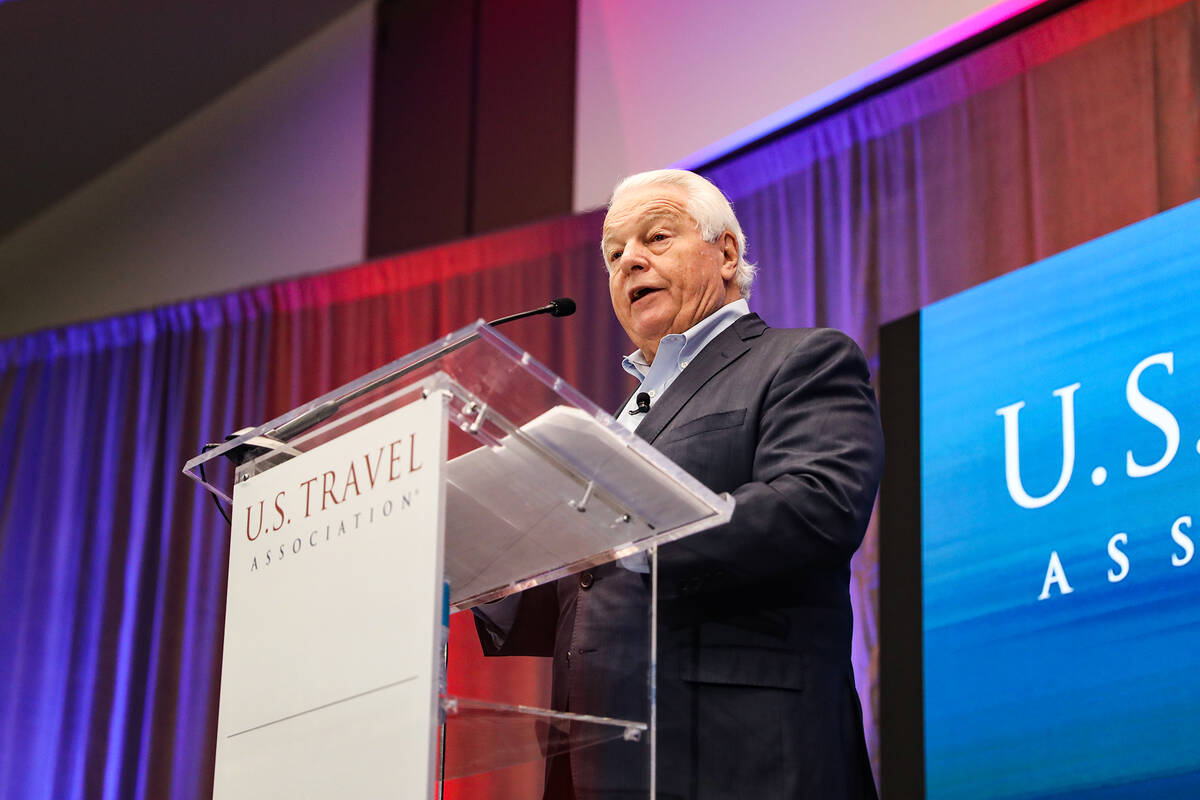 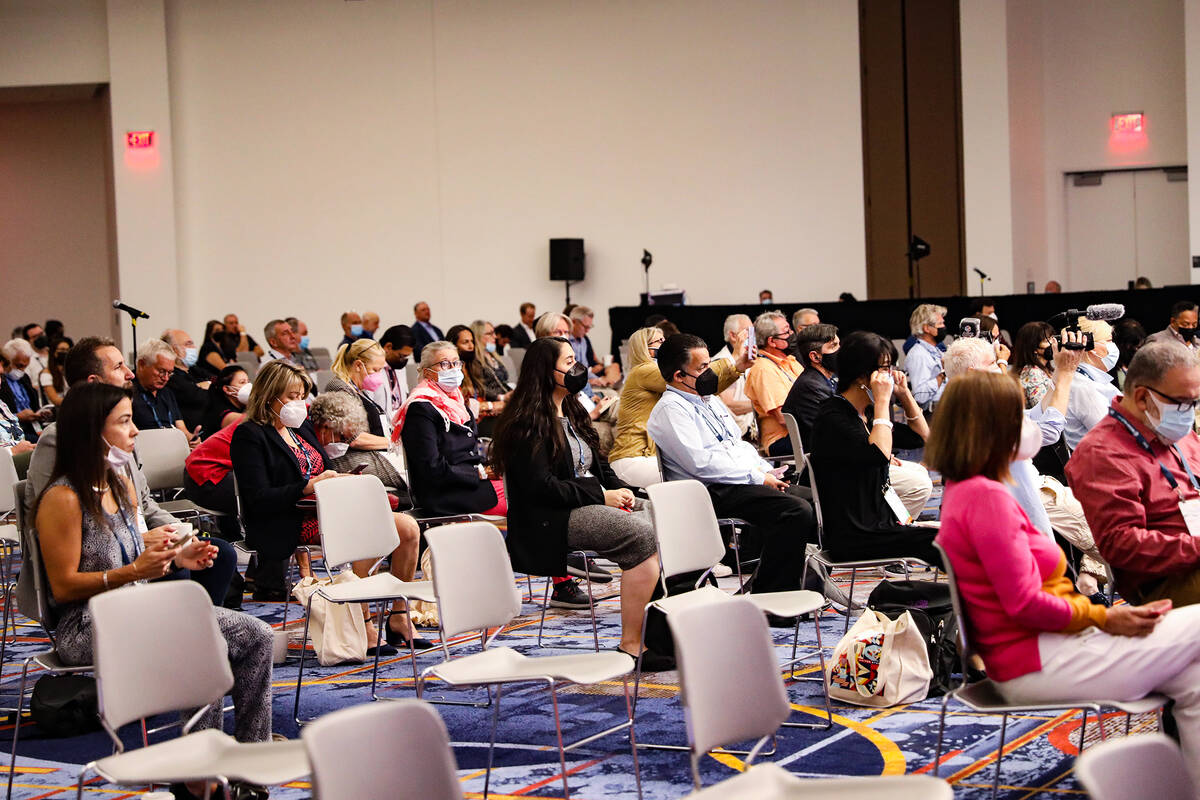 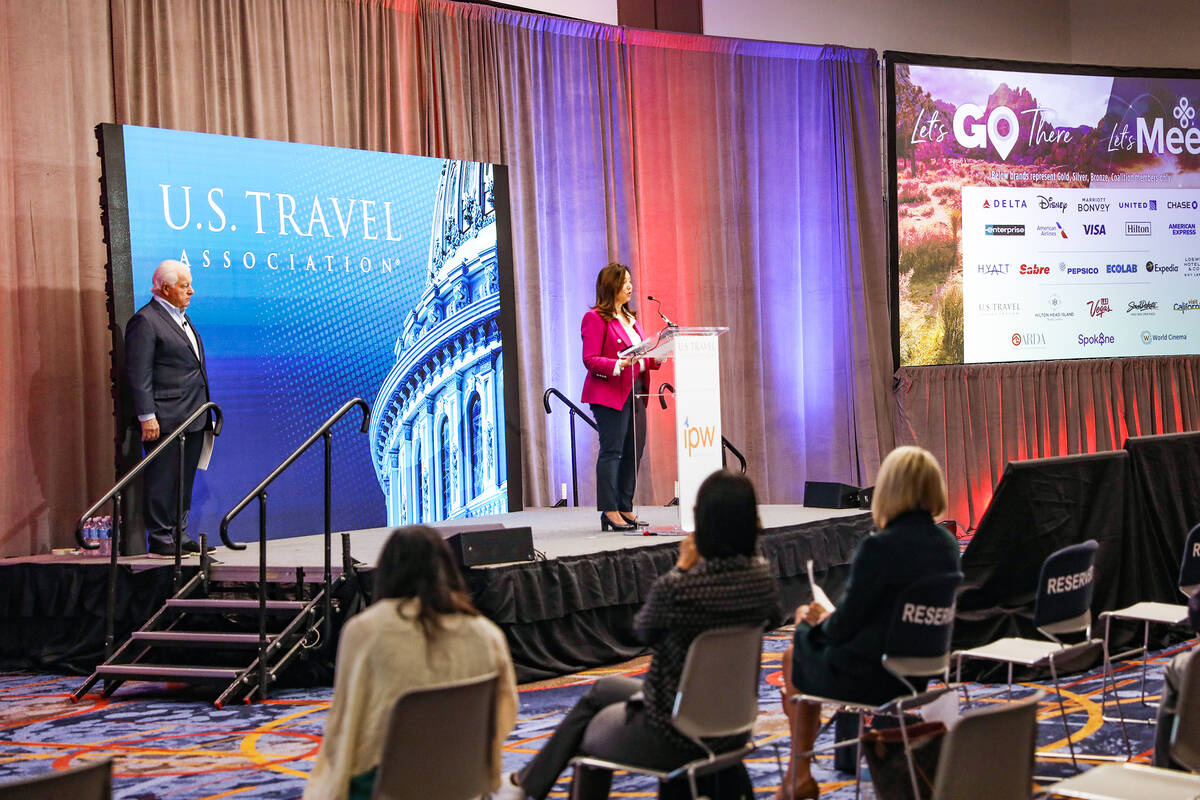 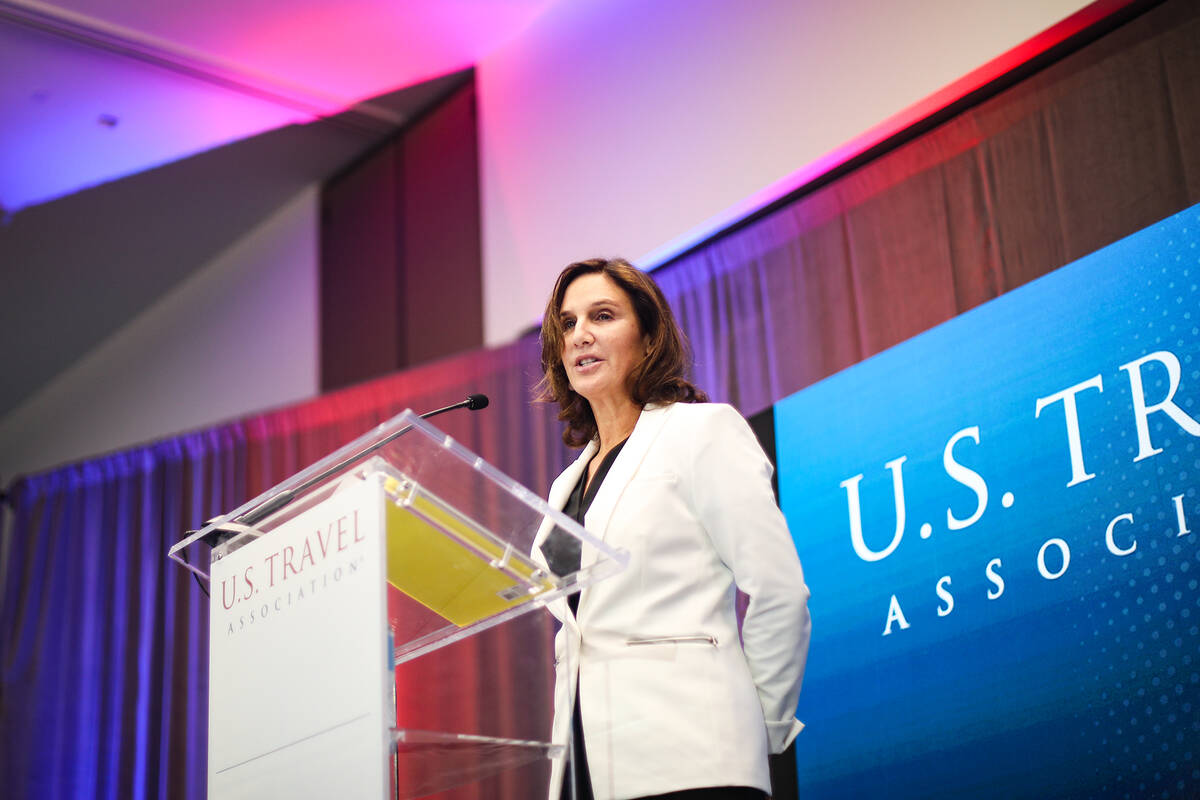 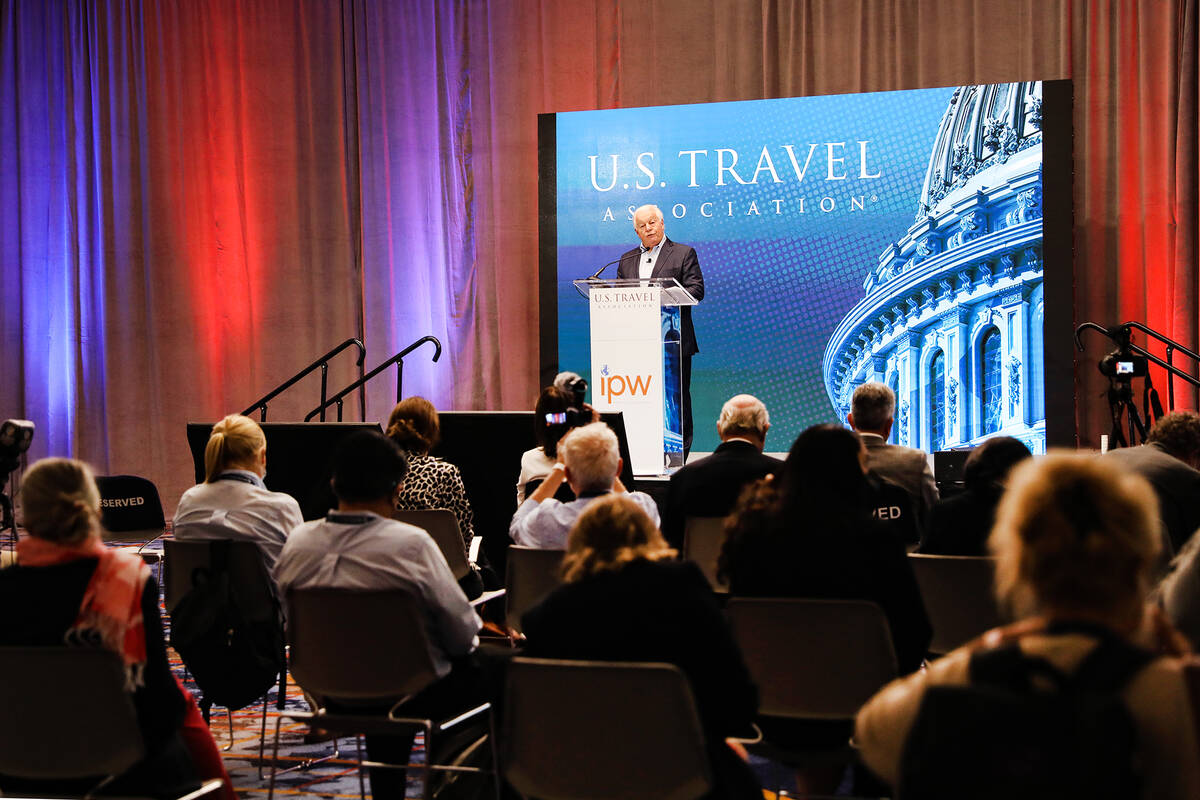 That the U.S. government’s announcement came Monday during the IPW international inbound travel trade show in Las Vegas was all the more fitting, according to Roger Dow, president and CEO of the U.S. Travel Association. Dow and other travel industry leaders spoke at a media event Tuesday morning at the Las Vegas Convention Center.

“There’s probably not a county or city in the United States that is as dependent on travel and tourism as Las Vegas,” Dow said Tuesday. “Last night when we were at dinner, one of the top salespeople for one of the biggest hotel chains in Las Vegas told me that her phones were ringing off the hook.”

The new policy, slated to go into effect in early November, will require travelers to show proof that they are fully vaccinated before boarding a U.S.-bound plane as well as proof of a negative COVID-19 test taken within three days of the flight, White House COVID-19 coordinator Jeff Zients said Monday.

Testing requirements also will tighten for unvaccinated Americans, who will now be required to be tested within a day of their trip to the U.S. and again after returning.

Travel spending and trip volume in the U.S. may not return to 2019 levels until 2024 at the earliest, according to joint research by the Travel Association and Tourism Economics US. International travel spending in the U.S. totaled $179 billion in 2019; it isn’t expected to reach or surpass that amount for another three years. International business travel isn’t expected to match its 2019 spending of $36 billion until 2025.

But Dow is optimistic about travel’s future. He said the travel industry recovered faster than projections after 9/11 and the Great Recession, and he anticipates the same will happen with the pandemic.

“We think there’s a coiled spring out there,” Dow said, “and when this thing starts opening up, it’s going to come along faster and bigger than anyone ever thought.”