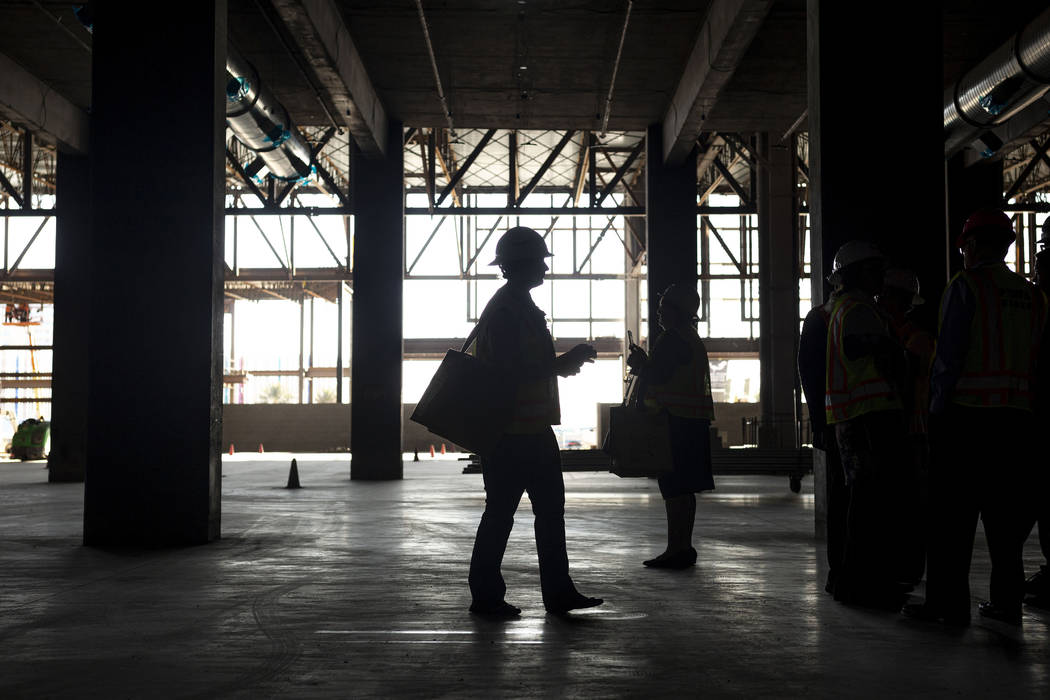 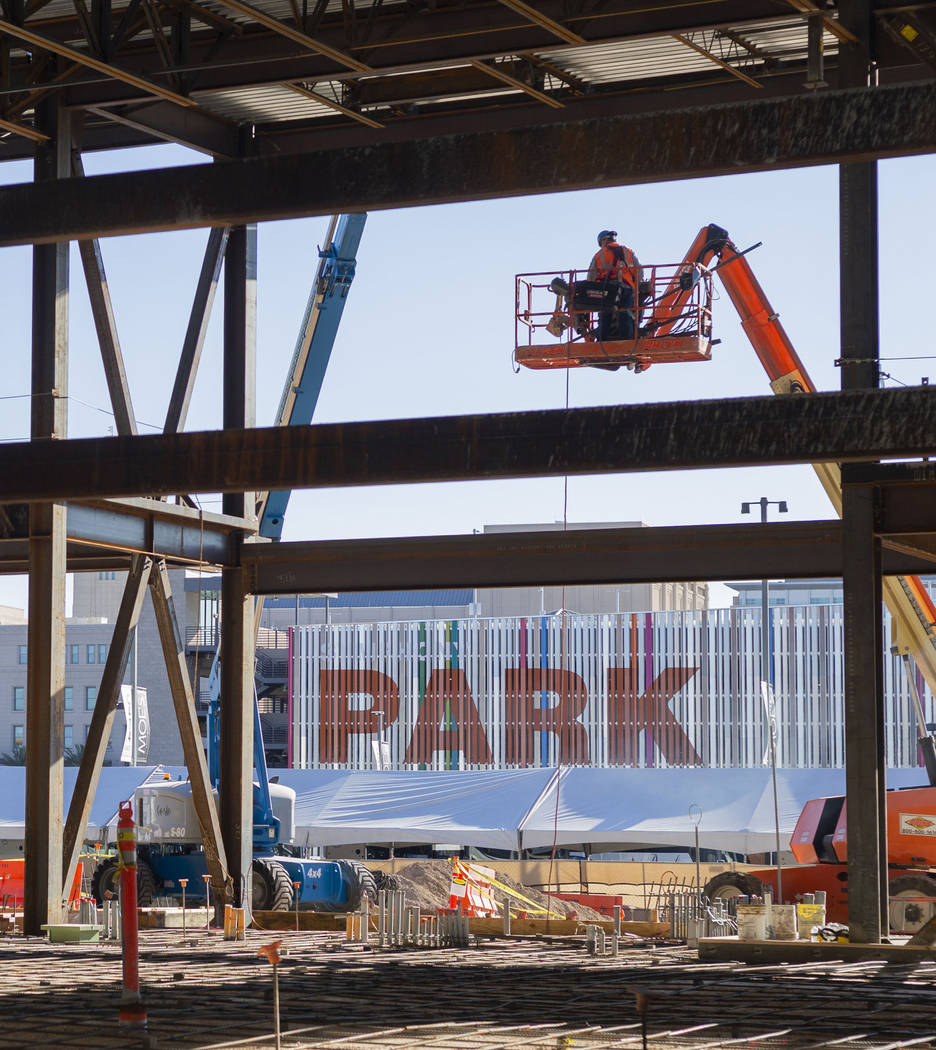 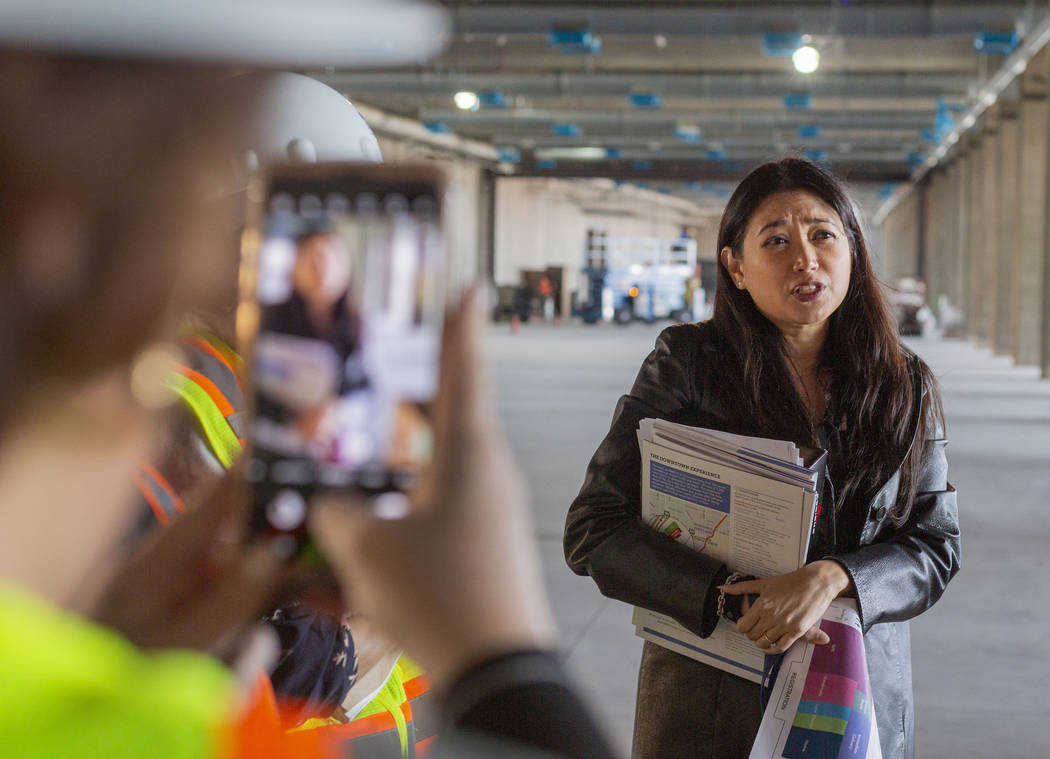 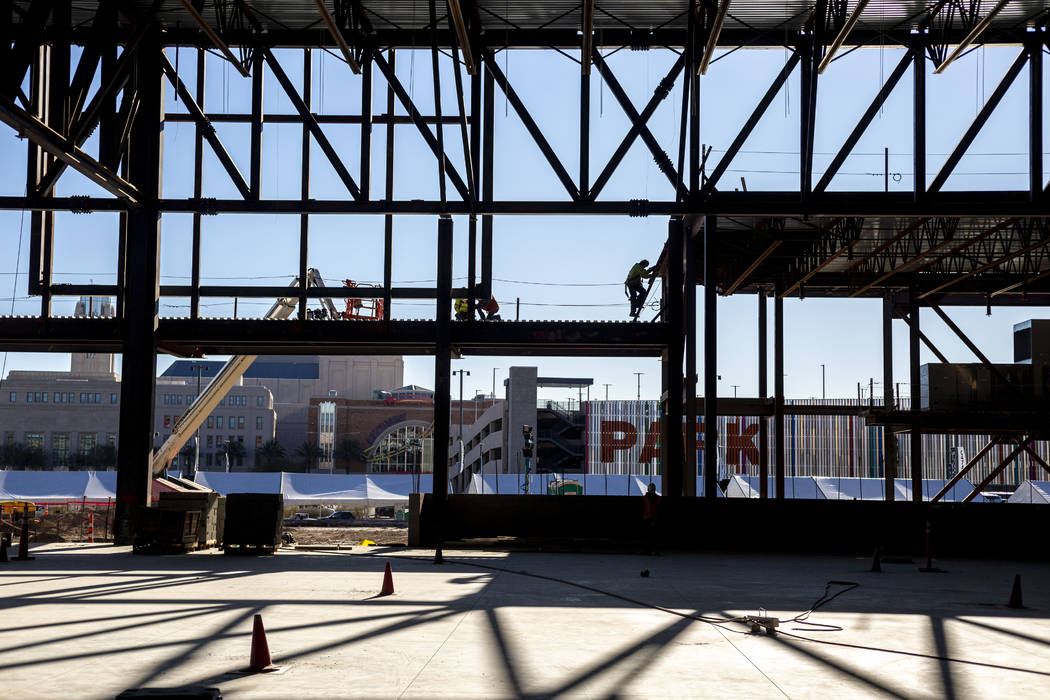 The Expo at World Market Center Las Vegas looks like it could be big enough to stage a rodeo.

Representatives of International Market Centers, which is building the $90 million, 315,000-square-foot conference center in downtown Las Vegas, said three nonmarket events have been confirmed, with two others in contract negotiations. Among the confirmed events: the Vegas Tuffest Junior World Championship rodeo competition, which is moving from Clark County’s Horseman’s Park in December.

Two other consumer-oriented events are scheduled at the new venue. Executives with the company said the venue will play host to the Holiday Gift & Craft Expo and the Vintage Vegas Expo.

A harvest festival and a vegan lifestyle event by Health Healing Happiness may also come to the new facility.

Speaking during a hard-hat tour of the facility for journalists covering the Winter Market, Jennifer Muna, general manager of trade shows for International Market Centers, said the company is seeking appropriately sized shows for the venue, which will debut in late July with the Summer Las Vegas Market.

Muna said the goal is to drive conference business into downtown Las Vegas.

Contractors held a topping-off ceremony for the center in mid-December. Muna said all the concrete has been poured for the venue and all steel has been installed. Most of the work that remains is detailed finish work, and Muna said contractor Penta Building Group should deliver that with time to spare.

Muna said International Market Centers is working with the Las Vegas Convention and Visitors Authority to assist major conventions and trade shows that currently set up tents or temporary facilities to accommodate their large groups. She said her group has reached out to the Specialty Equipment Market Association and ConExpo-Con/Agg — but not CES.

“CES might be a little tricky for us,” she said. “It’s just a little too close on the calendar with our Winter Market.”

The new Expo at World Market Center will offer four basic floor plan setups to prepare for a large banquet hall, multiple classrooms, a theater for a general conference or a series of 10-by-10-foot booths.

It’s designed for a pair of halls of nearly 100,000 square feet each, and the venue will have two “grab-and-go” food service areas built on the north and south ends of the building. Centerplate — the food service contractor for the Las Vegas Convention Center — has been chosen to provide services at the new venue.

The west half of the venue, which is actually beneath a portion of the 3,600-space parking garage, has 18-foot clearance to the ceiling, while the east half has 30-foot ceilings. The venue will have direct access to the World Market Center’s Building C, and its proximity to the parking garage will make it one of the most accessible conference centers in the city.

Access points to water, electricity and data lines are spaced about 30 feet apart within the venue and are underground.

The Expo will have a dedicated registration area for events, and a drop-off point has been built to accommodate ride-hailing companies serving the building.

The venue will replace the Pavilion tent facilities across West Symphony Park Avenue, the largest such tent structure in North America. Once the tents are removed, the 21 acres on which they stand initially will be used for parking but could accommodate additional World Market Center growth.

The Expo is one of four convention facilities set to open in Southern Nevada in the next 12 months.

Wynn Resorts Ltd. is expected to open its 430,000-square-foot Wynn Las Vegas convention center with an indoor-outdoor component on the Wynn Golf Club course within weeks.

The Caesars Forum conference facility, set to open in March, will include 550,797 square feet of exhibit space, with a 107,000-square-foot outdoor plaza on 29 acres in the shadow of the High Roller near the Linq Promenade. The Forum will figure prominently in April’s NFL draft activities.

The Las Vegas Convention Center’s West Exhibit Hall, including 600,000 square feet of new space, is expected to open in January 2021. The $980.3 million facility, fronting Convention Center Drive, also will have meeting rooms and a third-floor outdoor reception space with a view of the Las Vegas Strip.