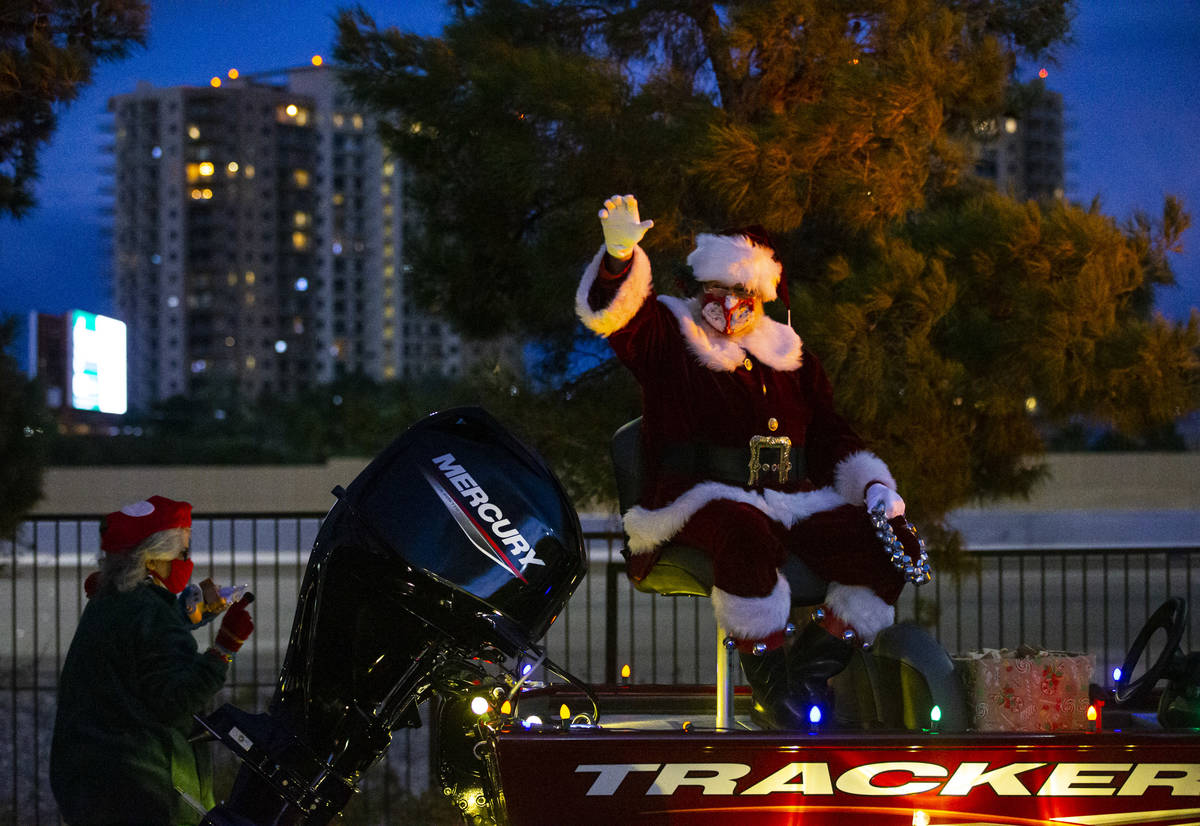 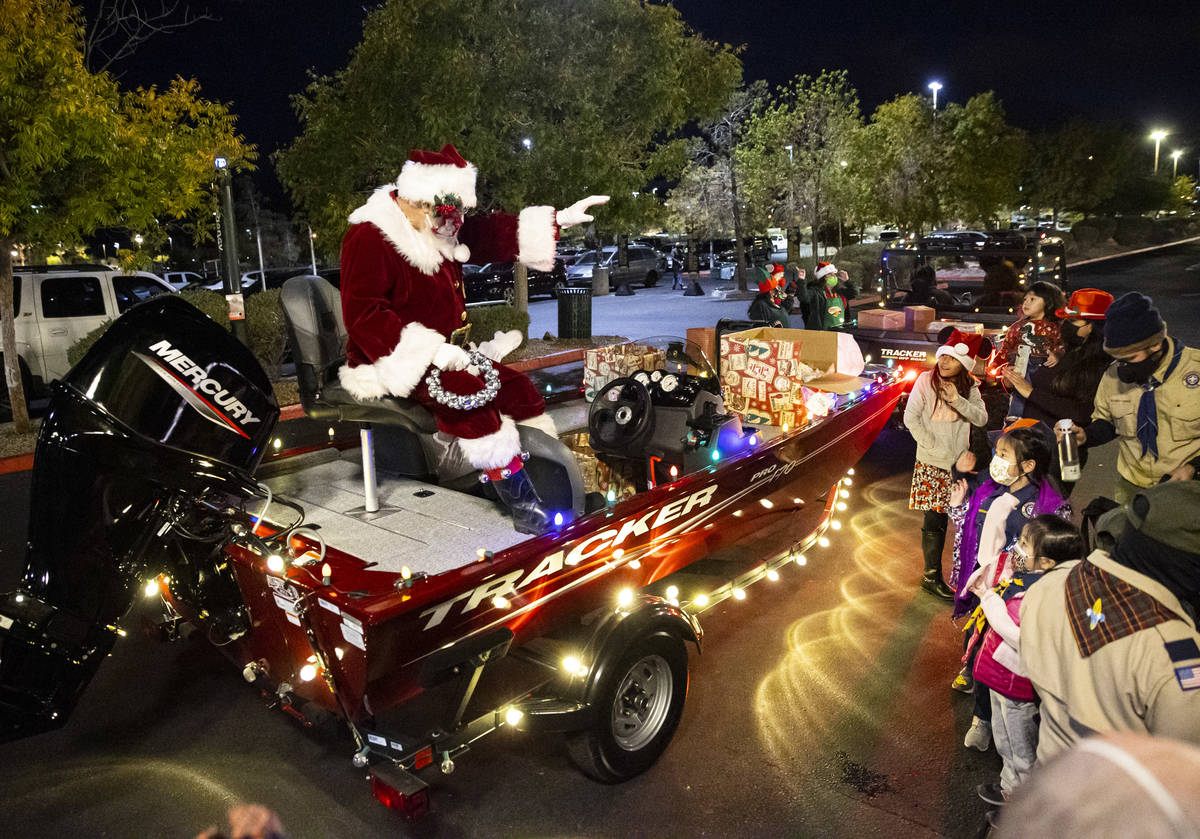 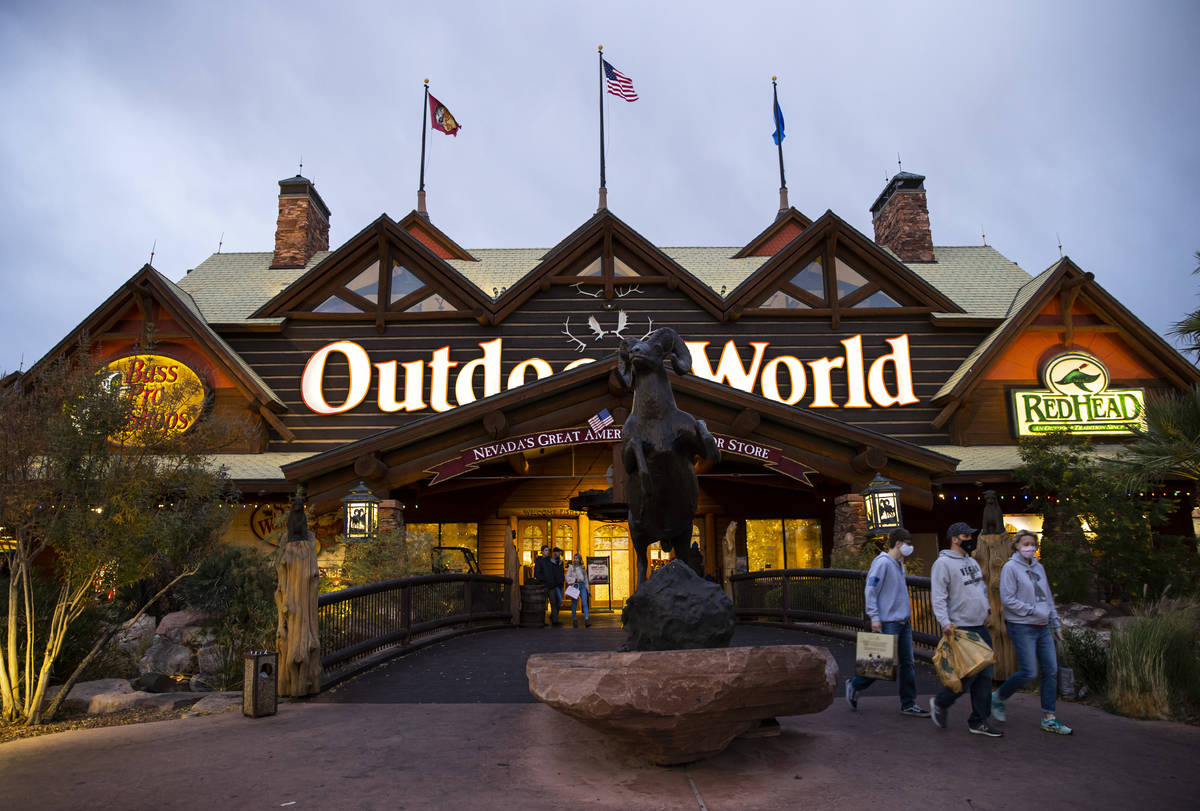 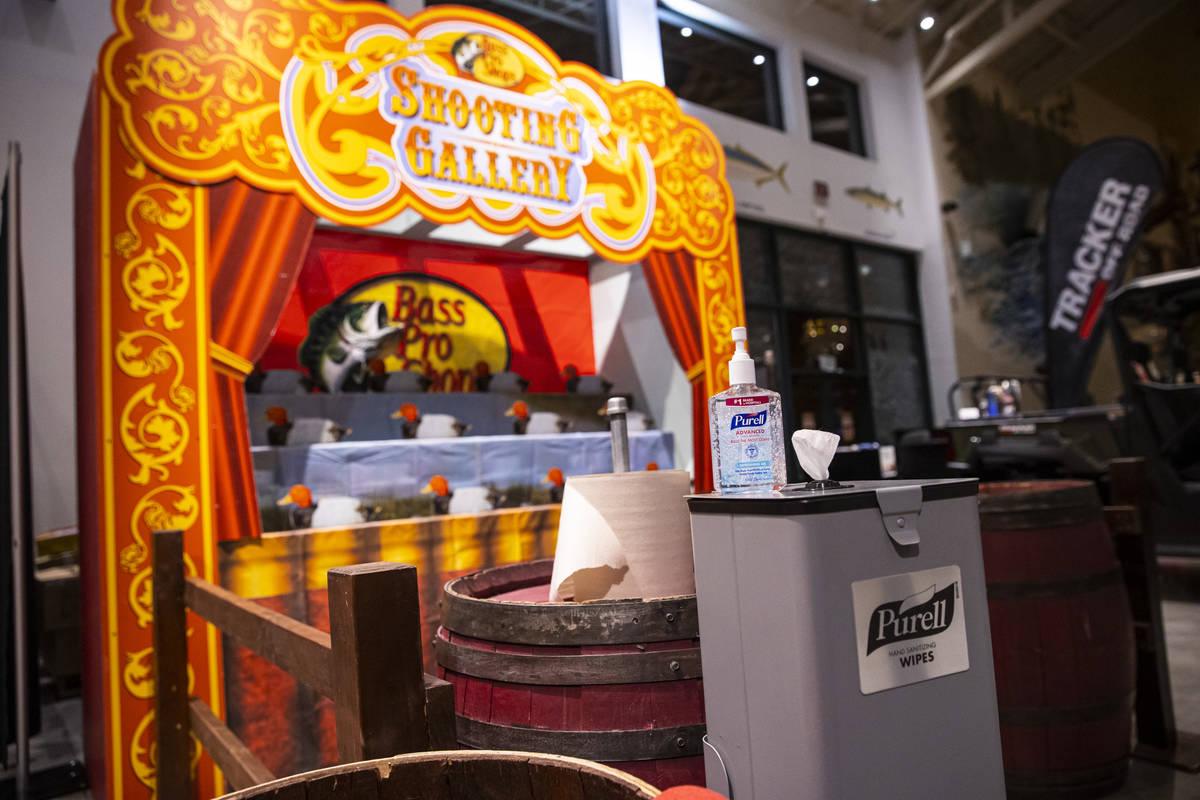 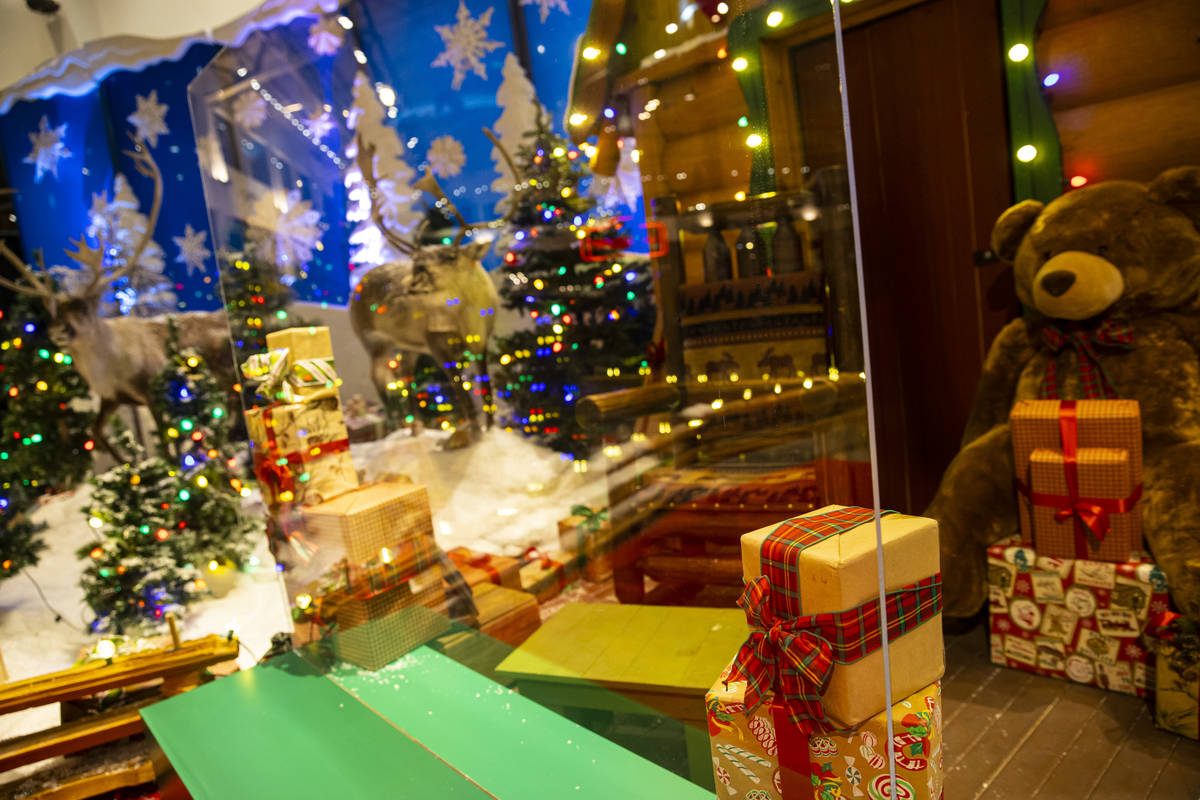 An acrylic panel is seen at the space for photos with Santa Claus in Santa's Wonderland space at Bass Pro Shops in Las Vegas on Saturday, Nov. 7, 2020. (Chase Stevens/Las Vegas Review-Journal) @csstevensphoto 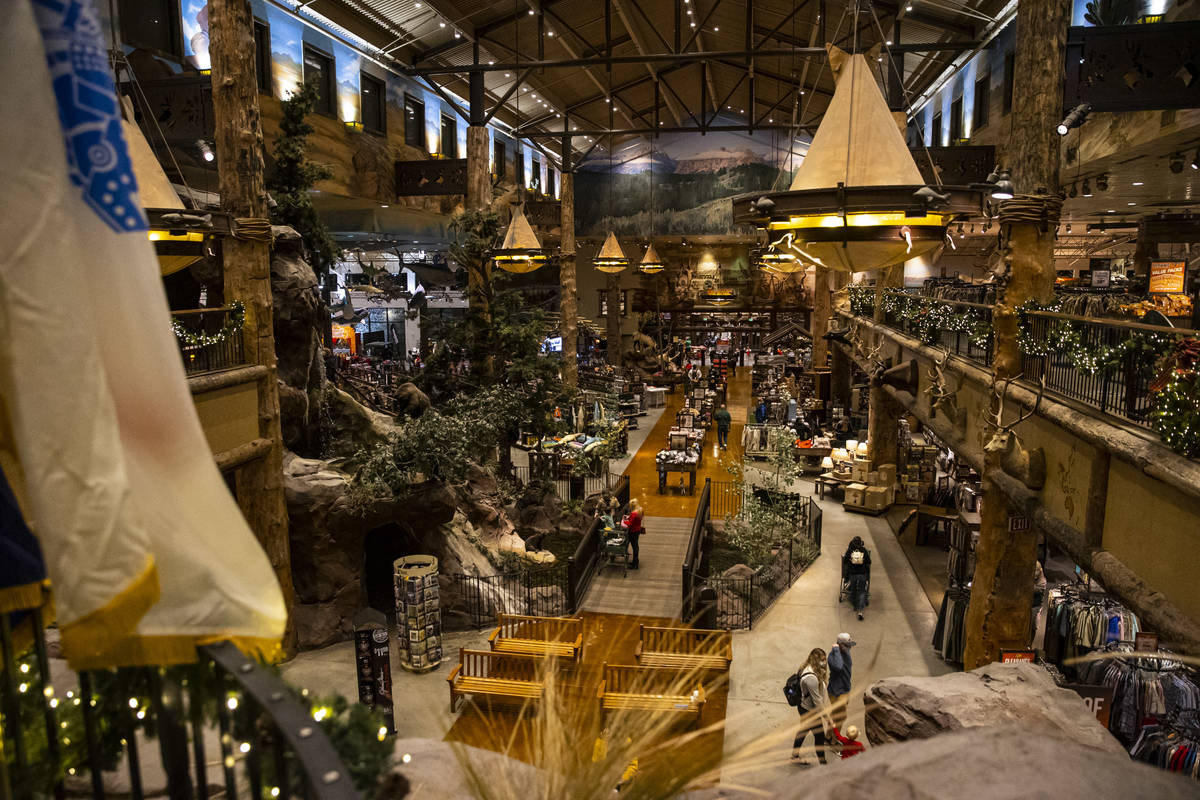 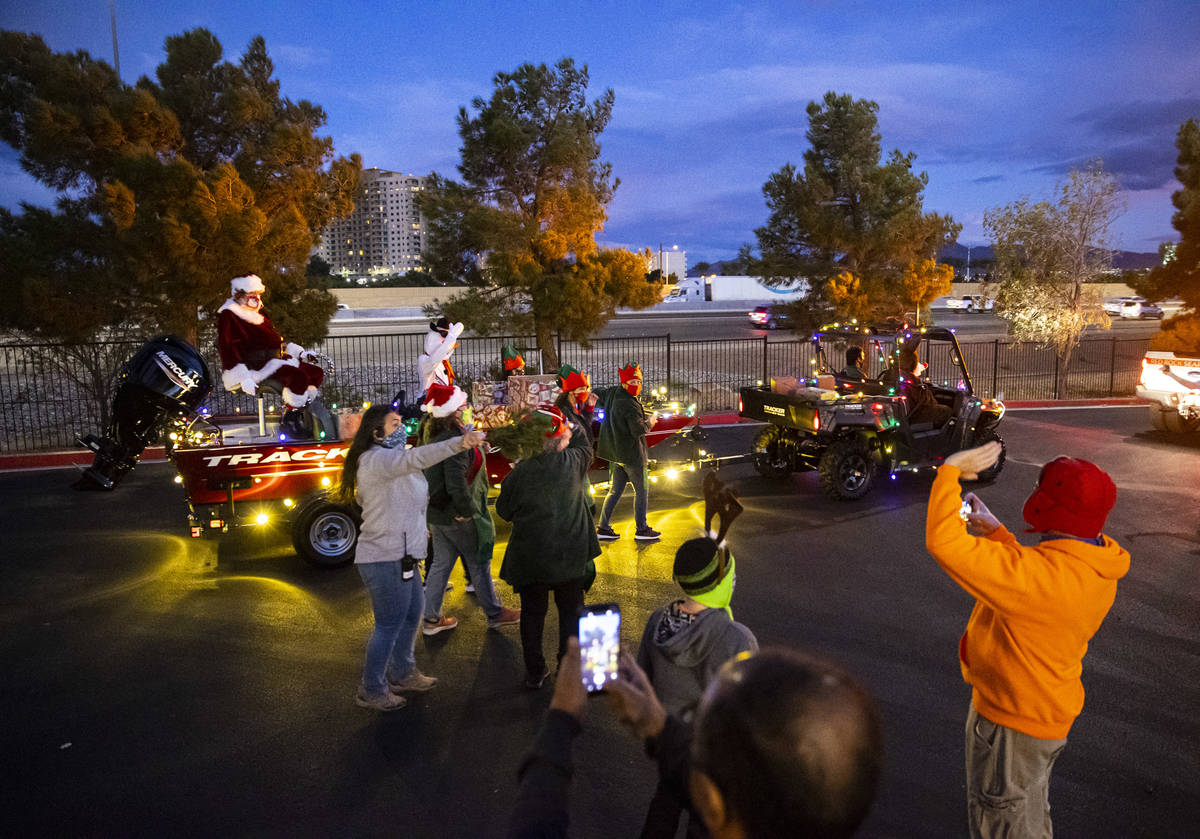 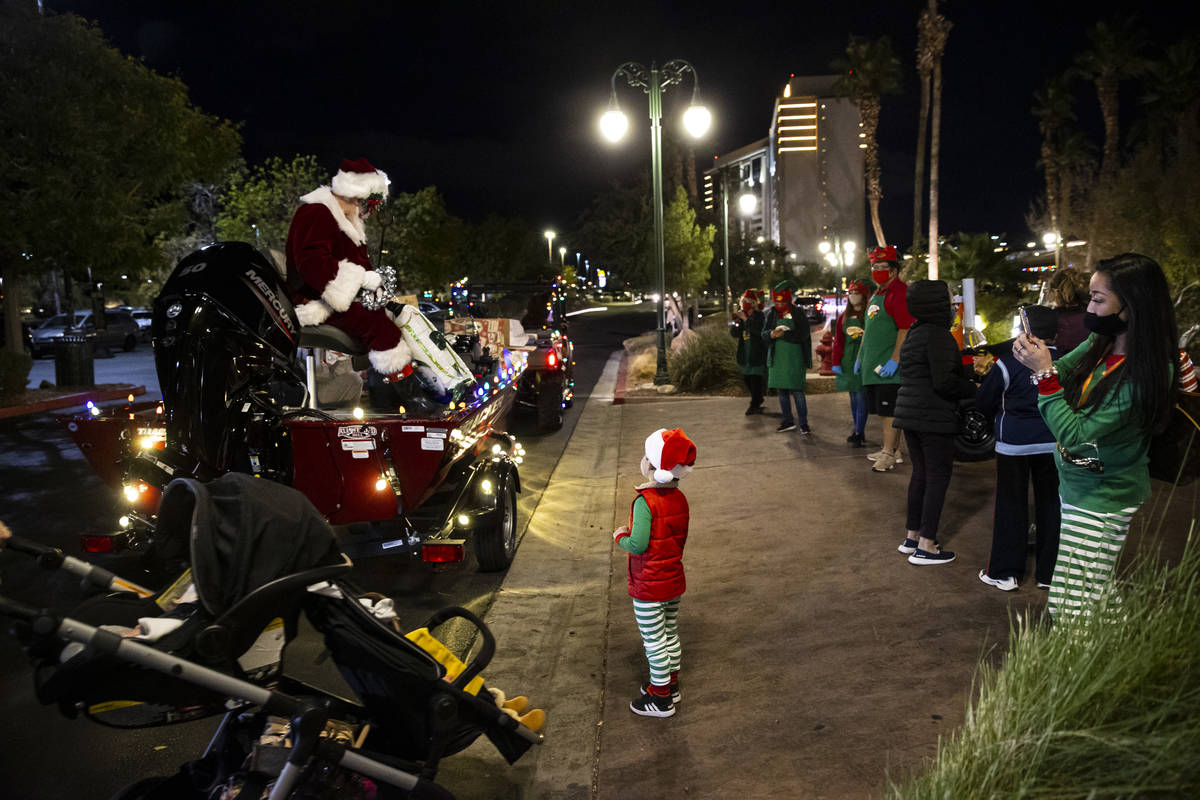 Mall visits to sit on Santa’s lap are another family tradition upended by the COVID-19 pandemic as worried parents keep children home.

“It is hard to imagine the people who are wiping down their delivered groceries out of fear of COVID are going to let their kids sit on a strange man’s lap for a photograph opportunity,” said Steve Horwitz, an economics professor at Ball State University’s Miller College of Business. “Visiting Santa will be a little bit different this year.”

Many mall operators and retailers have been fine-tuning plans for Santa visits to accommodate social distancing. Several malls and retailers across the Las Vegas Valley announced plans to hold in-person, contactless visits where kids can tell Santa what’s on their wish list and snap a photo, but from a distance.

For the first time in nearly 160 years, Santa won’t be coming to Macy’s. The department stores will go virtual to “replicate the magical experience of visiting Macy’s Santaland,” Susan Tercero, Macy’s vice president of branded entertainment, said in a statement.

Other retailers, like Bass Pro Shops, said they will hold their traditional meet-and-greet with Santa this year with social distancing and reservation requirements.

Kids will be able to greet St. Nick behind a “Magic Santa Shield,” a clear plastic barrier. It hosted a Santa parade this month at its 8200 Dean Martin Drive location.

Brookfield Properties, one of the largest U.S. mall operators, said families can visit Santa in person or online this year. At its Fashion Show mall, children will be able to take photos with St. Nick, though with a socially distanced setup between families and Santa, a spokeswoman told the Review-Journal. The mall operator partnered with JingleRing for its virtual Santa offerings.

Simon Malls said it will also have Santas this year — at its Las Vegas South Premium Outlets — starting the Friday after Thanksgiving. Online reservations are “strongly encouraged” and face coverings will be required for ages 2 and up throughout the visit. Guests won’t be able to sit on Santa’s lap.

A spokeswoman for Downtown Summerlin said it won’t hold meet-and-greets this year as “Santa Claus is staying safe this year and will be working tirelessly in his workshop with his elves in the North Pole until the magical night before Christmas.” Instead, families can stop by his Chalet on Festival Plaza Drive to drop a letter to him in his red mailbox.

JingleRing, the virtual platform partnering with Brookfield Properties, arose from the pandemic, co-founder Walt Geer said. His wife, Sarah Blackman, thought of the idea in March as the country went into lockdown.

Geer, a tech entrepreneur, who has been in the Santa business for more than a decade with another company that does holiday photography, said the startup isn’t relying on existing platforms like Zoom or an app to hold the visits. Instead, , in a matter of months, it has hired dozens of full-time employees to create an entirely new virtual platform that can incorporate billing, algorithm scheduling and queuing. The platform is set to have more than 600 Santas this month , ready to visit families across the world from the North Pole.

More than 5 million households visit Santa every year at U.S. retail and mall locations. Geer said his retail partners told him that they are expecting “anywhere from 30 to 50 percent drop-off this year” after conducting their own focus group over the summer. JingleRing hopes to capture some of those families wary of in-person visits.

“We might have 4,000 to 5,000 JingleRings an hour taking place concurrently all over the world. That’s what our current demand forecast looks like. That’s hundreds of performers working from all different locations in the world within their home studios, serving thousands of customers an hour in multiple languages,” he said.